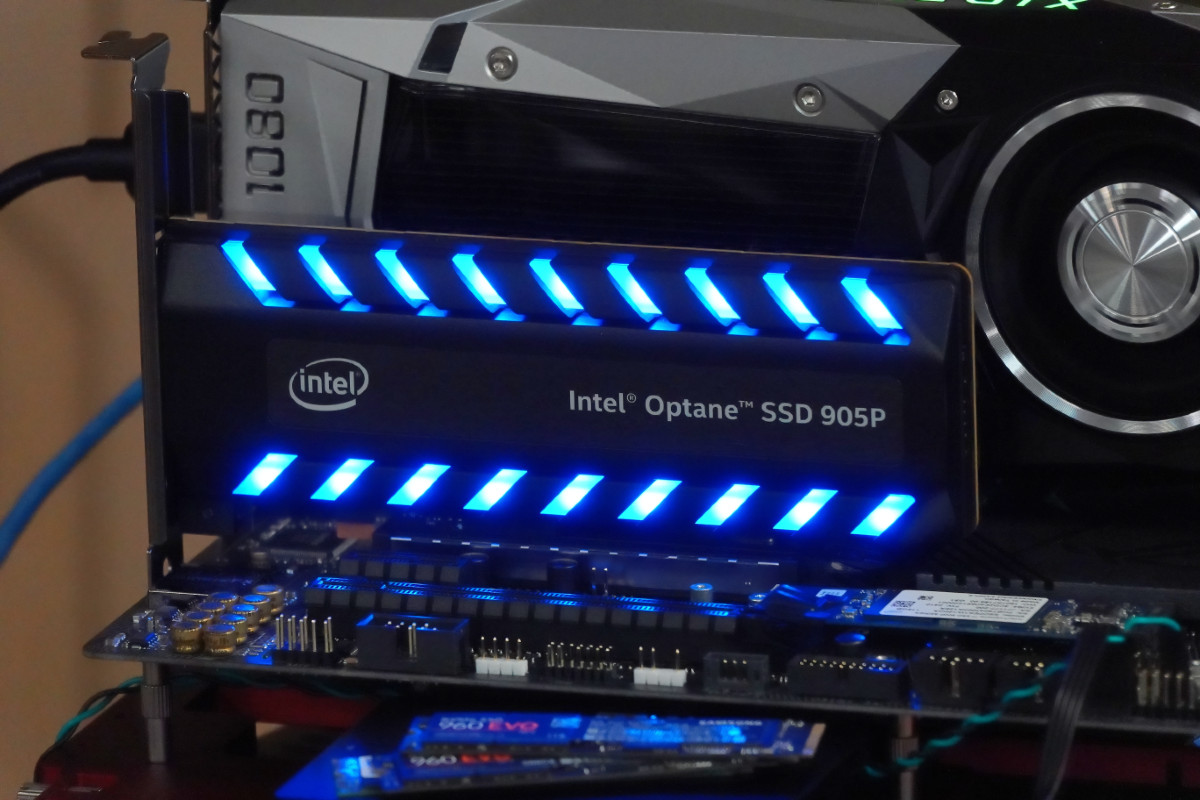 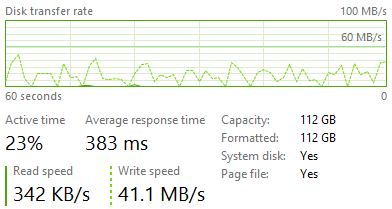 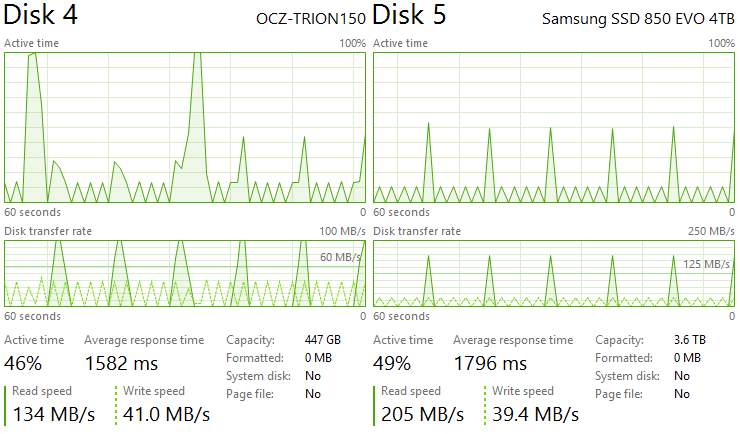 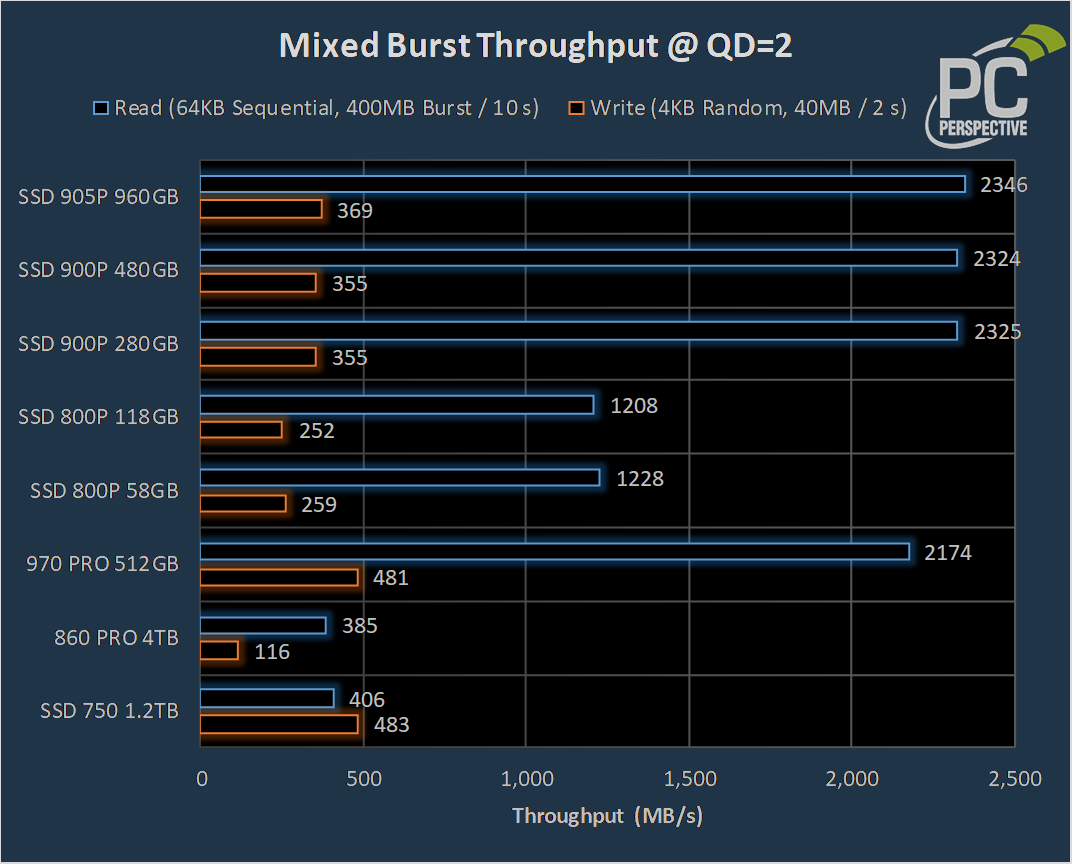 The important metric here is reads since writes would be in the background in this scenario. Incremental upgrades over the 900P, tracking as we'd expect based on what was seen so far in this review. 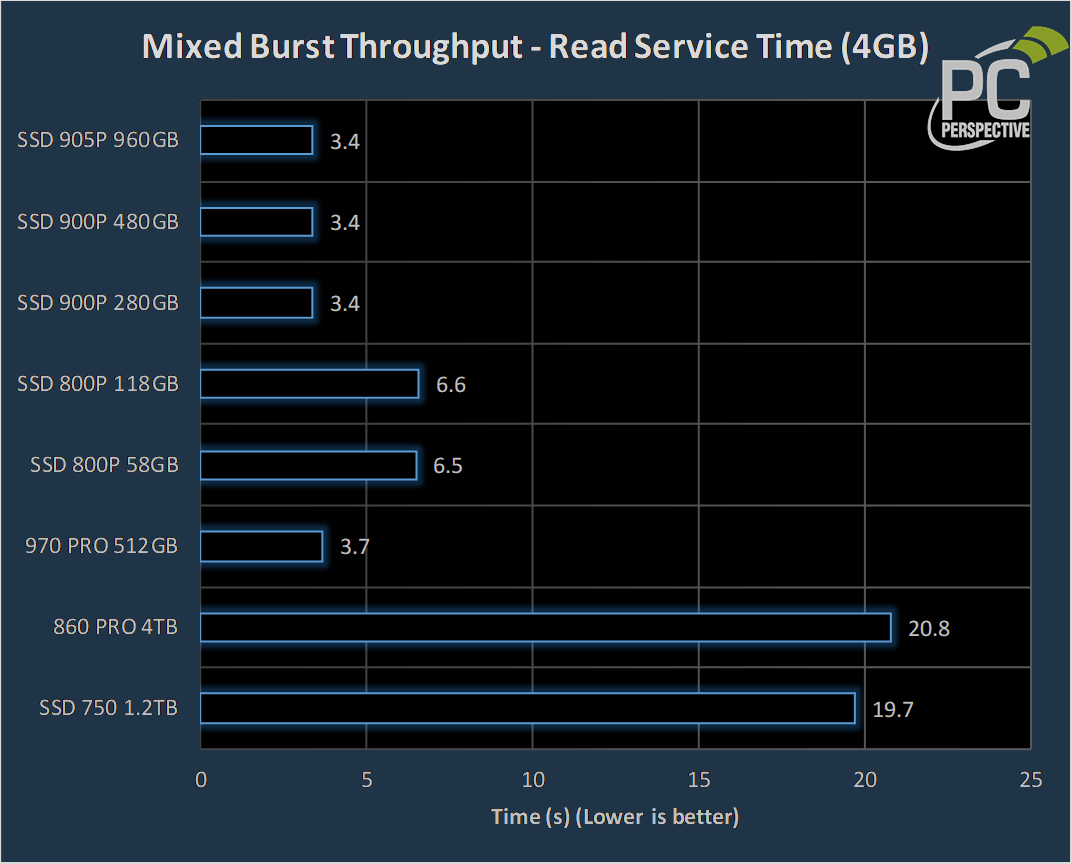 Despite the faster throughputs, we see that the total time for the read workload remains at 3.4 seconds. No change from the 900P. Also take note that the 970 PRO is only 0.3 seconds slower at this workload. 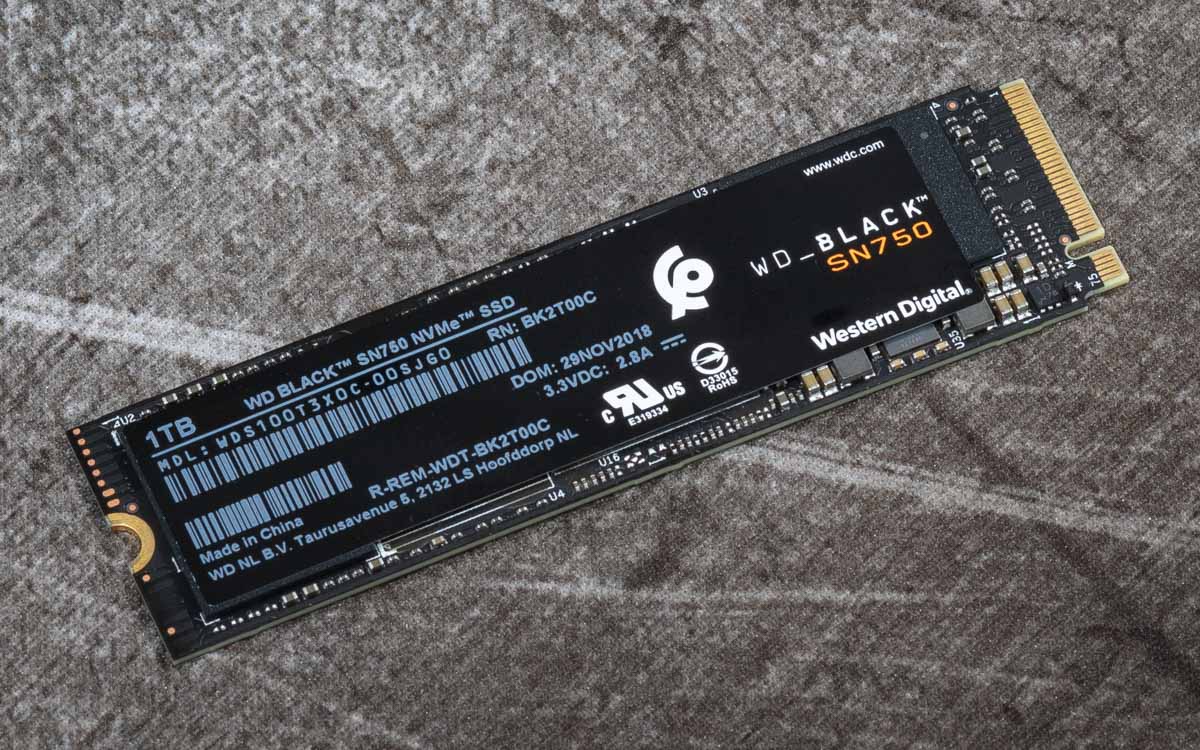