The wait for in-stock NVIDIA graphics cards without inflated price tags seems to be over. Yes, in the wake of months of crypto-fueled disappointment for gamers the much anticipated, long-awaited return of graphics cards at (gasp) MSRP prices is at hand. NVIDIA has now listed most of their GTX lineup as in-stock (with a limit of 2) at normal MSRPs, with the only exception being the GTX 1080 Ti (still out of stock). The lead time from NVIDIA is one week, but worth it for those interested in the lower prices and 'Founders Edition' coolers.

Many other GTX 10 Series options are to be found online at near-MSRP pricing, though as before many of the aftermarket designs command a premium, with factory overclocks and proprietary cooler designs to help justify the added cost. Even Amazon – previously home to some of the most outrageous price-gouging from third-party sellers in months past – has cards at list pricing, which seems to solidify a return to GPU normalcy. 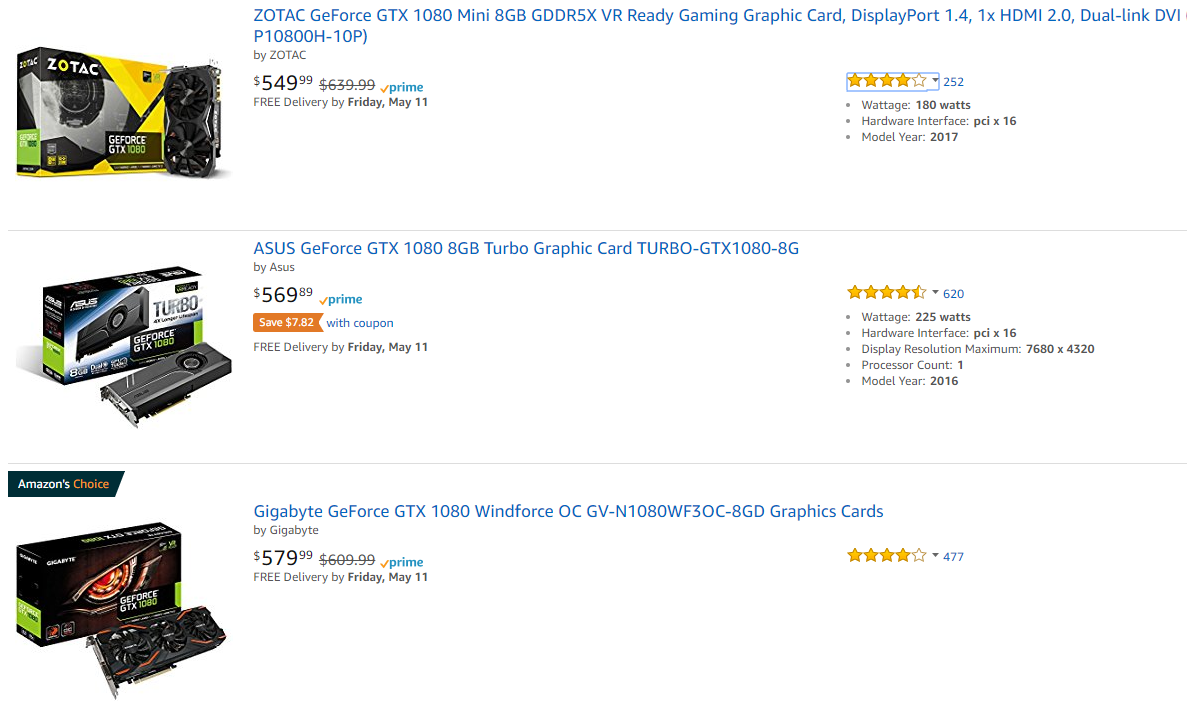 Some of the current offers include:

GTX 1070 cards continue to have the highest premium outside of NVIDIA's store, with the lowest current pricing on Newegg or Amazon at $469.99. Still, the overall return to near-MSRP pricing around the web is good news for gamers who have been forced to play second (or third) fiddle to cryptomining "entrepreneurs" for several months now; a disturbing era in which pre-built gaming systems from Alienware and others actually presented a better value than DIY builds.