We finally have the ASUS G-SYNC HDR monitor in our hands!! Is it worth $2000?

To say that the ASUS ROG Swift PG27UQ has been a long time coming is a bit of an understatement. In the computer hardware world where we are generally lucky to know about a product for 6-months, the PG27UQ is a product that has been around in some form or another for at least 18 months.

Originally demonstrated at CES 2017, the ASUS ROG Swift PG27UQ debuted alongside the Acer Predator X27 as the world's first G-SYNC displays supporting HDR. With promised brightness levels of 1000 nits, G-SYNC HDR was a surprising and aggressive announcement considering that HDR was just starting to pick up steam on TVs, and was unheard of for PC monitors. On top of the HDR support, these monitors were the first announced displays sporting a 144Hz refresh rate at 4K, due to their DisplayPort 1.4 connections.

However, delays lead to the PG27UQ being displayed yet again at CES this year, with a promised release date of Q1 2018. Even more slippages in release lead us to today, where the ASUS PG27UQ is available for pre-order for a staggering $2,000 and set to ship at some point this month.

In some ways, the launch of the PG27UQ very much mirrors the launch of the original G-SYNC display, the ROG Swift PG278Q. Both displays represented the launch of an oft waited technology, in a 27" form factor, and were seen as extremely expensive at their time of release. 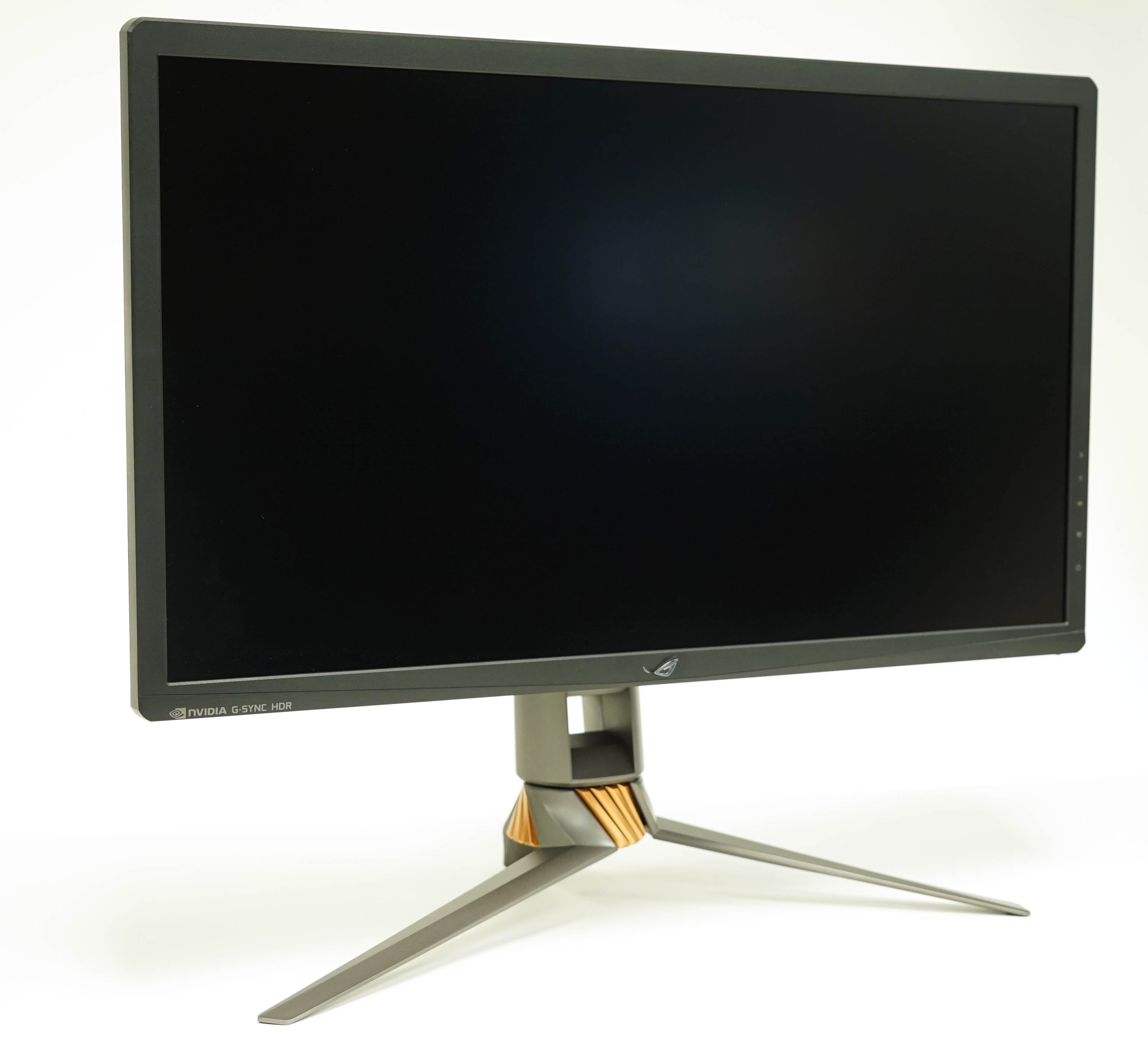 Finally, we have our hands on a production model of the ASUS PG27UQ, the first monitor to support G-SYNC HDR, as well as 144Hz refresh rate at 4K. Can a PC monitor really be worth a $2,000 price tag? 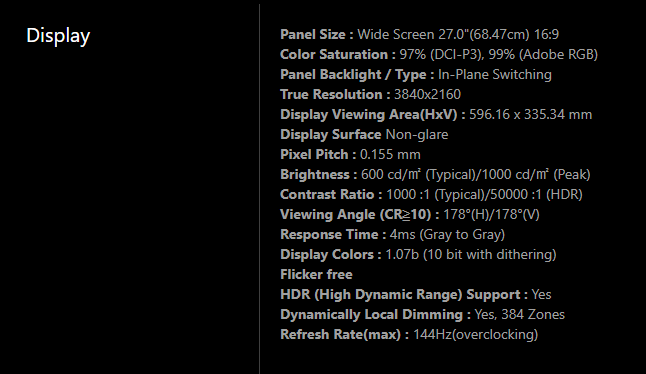 There's a lot of ground to cover with the specifications of the ASUS PG27UQ, and many of them represent industry firsts.

While there has been one other Korean monitor that has supported 4K 144Hz, the ASUS PG27UQ is the first widely available display to take advantage of this new 4K high refresh mode offered by DisplayPort 1.4.

On the HDR side, you have HDR10 decoding powered by a 384-zone Full Array Local Dimming (FALD) backlight, capable of reaching 1000 nits in certain scenarios. As per the DisplayHDR 1000 specification, the display must be capable of both flashing the entire screen with an instantaneous brightness of 1000 nits, as well as sustaining a 10% patch in the middle of the display at 1000 nits indefinitely.

The typical brightness of 600 nits is still higher than the measured peak brightness of any other HDR monitor we have taken a look at so far, an impressive feat.

Of course, brightness isn't the only important aspect of HDR. ASUS claims the PG27UQ is capable of reproducing color to an accuracy of 99% of the AdobeRGB gamut, and 97% of DCI-P3. While it isn't the absolute highest claims of color reproduction we've seen on a display, these numbers still represent color accuracy in the top echelon of pc monitors.

Edit: For clarification, the 98Hz limit represents the refresh rate at which the monitor switches from 4:4:4 chroma subsampling to 4:2:2 subsampling. While this shouldn't affect things such as games and movies to a noticeable extent, 4:2:2 can result in blurry or difficult to read text in certain scenarios. For more information on Chroma Subsampling, see this great article over at Rtings.

For the moment, given the lack of available GPU products to push games above 98Hz at 4K, we feel like keeping the monitor in 98Hz mode is a good compromise. However, for a display this expensive, it's a negative that may this display age faster than expected.

Here is the full capability of the PG27UQ across different refresh rates and modes:

One caveat though, with HDR enabled at 4K, the maximum refresh rate is limited to 98Hz. While this isn't a problem for today, where graphics cards can barely hit 60 FPS at 4K, it is certainly something to be aware of when buying a $2,000 product that you would expect to last for quite a long time to come.

One of the unique advantages that ASUS has with the PG27UQ over the similarly specced Acer Predator X27 is DisplayHDR 1000 certification. While it's unclear if this is due to ASUS getting access to slightly higher quality panels than Acer, or Acer just not going through the certification process, it still reflects the confidence that ASUS has in this product.

The first surprising aspect of the PG27UQ is the form factor. While monitors have been trending towards thinner and thinner chassis and bezels due to advancements in LCD and LED backlighting technology, the PG27UQ goes in the opposite direction. 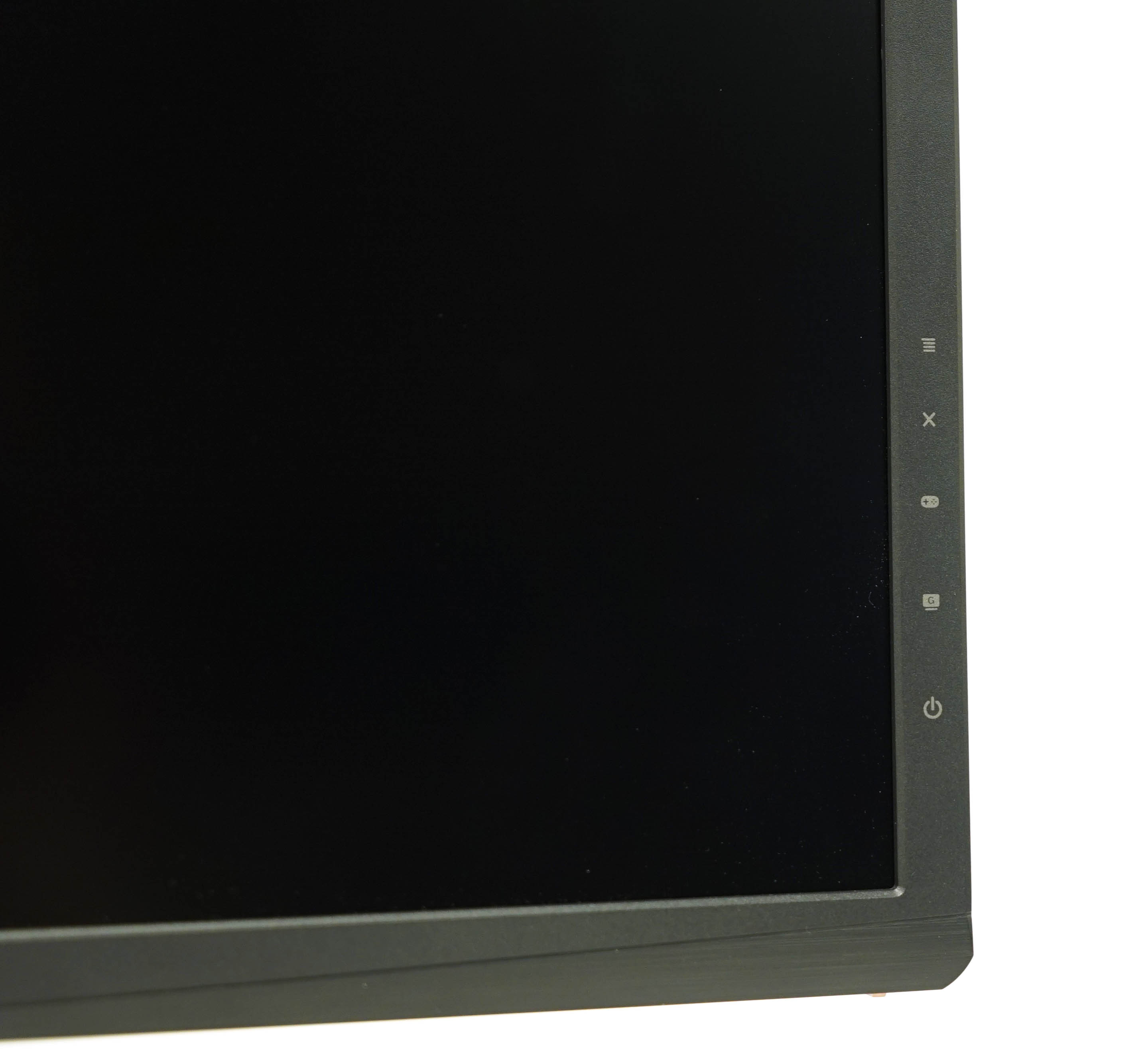 The bezels are thicker than we saw with even the original ROG Swift, the chassis is thick, and the monitor overall is quite heavy. It seems that some sacrifices had to be made in order to fit things like a Full Array Local Dimming backlight into a 27" display form factor. 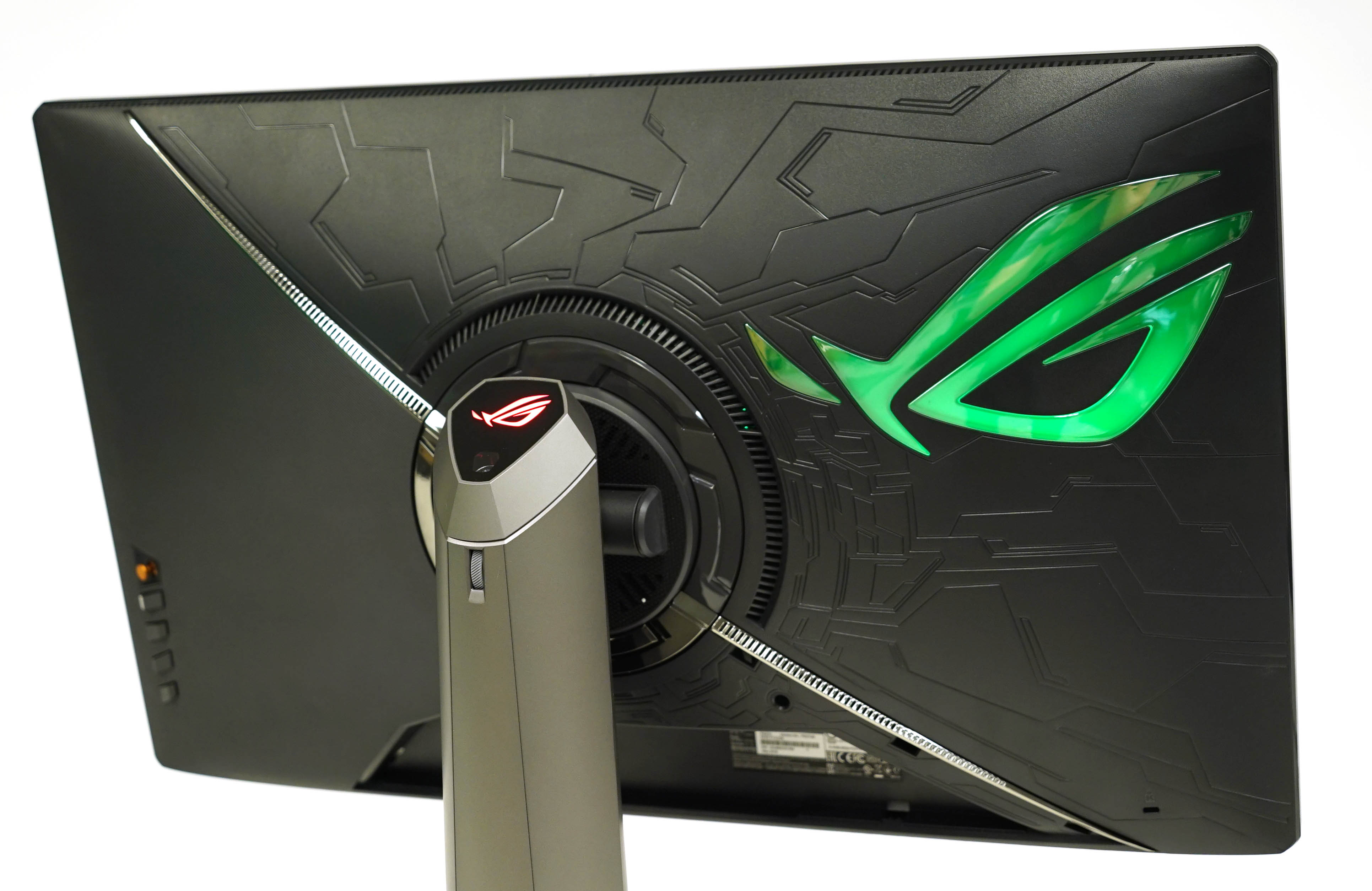 Inclusions like ASUS Aura Sync-compatible RGB lighting help make this feel like a unique product if you are into that sort of thing. 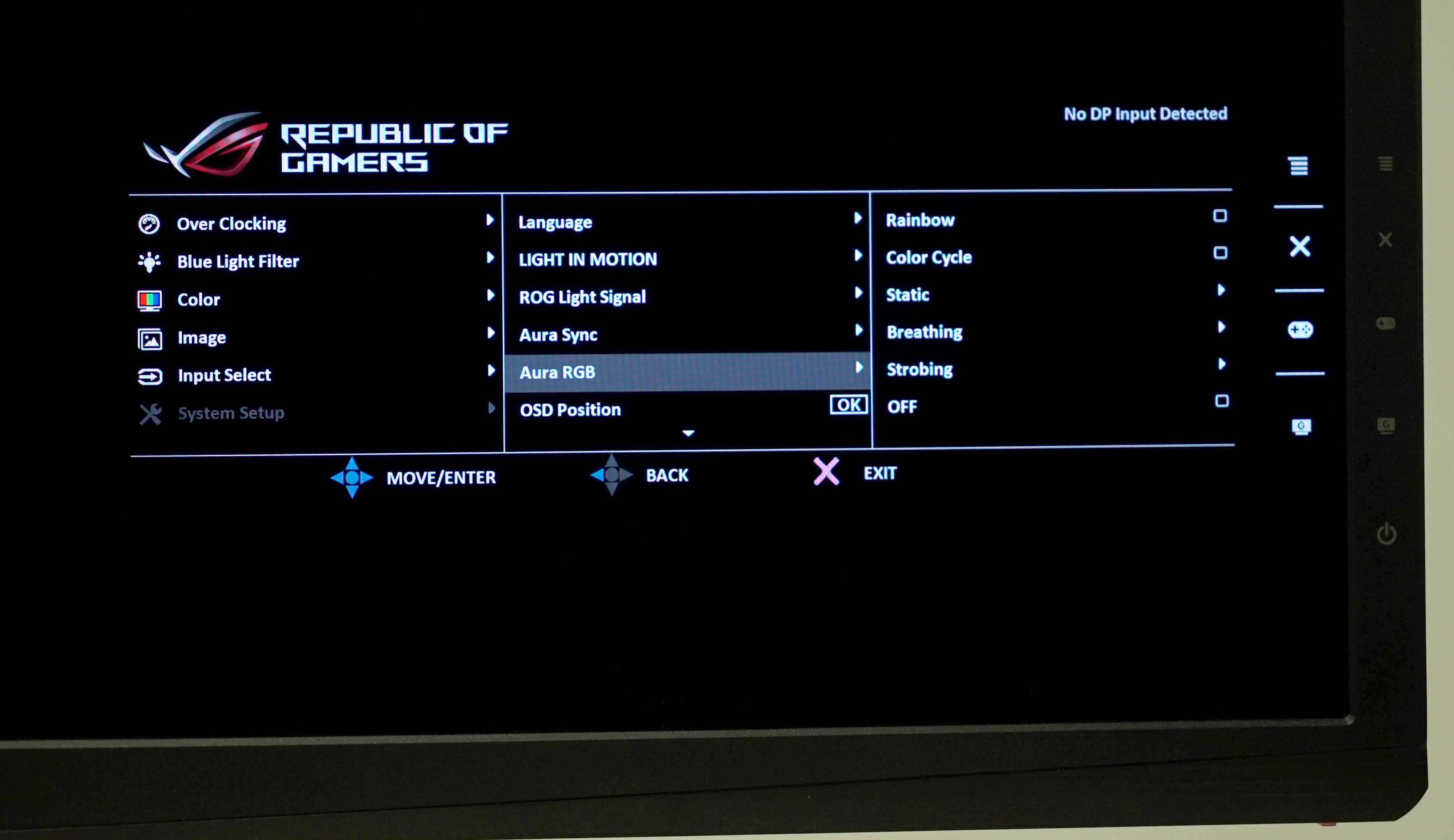 However, for those of you like me that aren't into RGB, these lightning effects can be easily disabled in the monitor's OSD.

Like we've seen with a lot of G-SYNC displays, the input options are a bit barren on the PG27UQ. You get the primary DisplayPort 1.4 connector for all of your G-SYNC enabled content, an HDMI 2.0 port, Dual port USB 3.0 Hub, and a headphone jack.

We were pleasantly surprised to see that the HDMI 2.0 port supports full 4K60 with HDR-enabled, allowing you to hook up a device other than your PC, like a game console to this premium product and still get the fullest possible experience. Although keep in mind that Dolby Vision HDR is not supported here, so your mileage may vary with regards to playing back certain video content.

Early impressions of the similar Acer Predator X27 uncovered that it used active cooling for the electronics, which was annoyingly loud when used with Acer's VESA mounting kit. 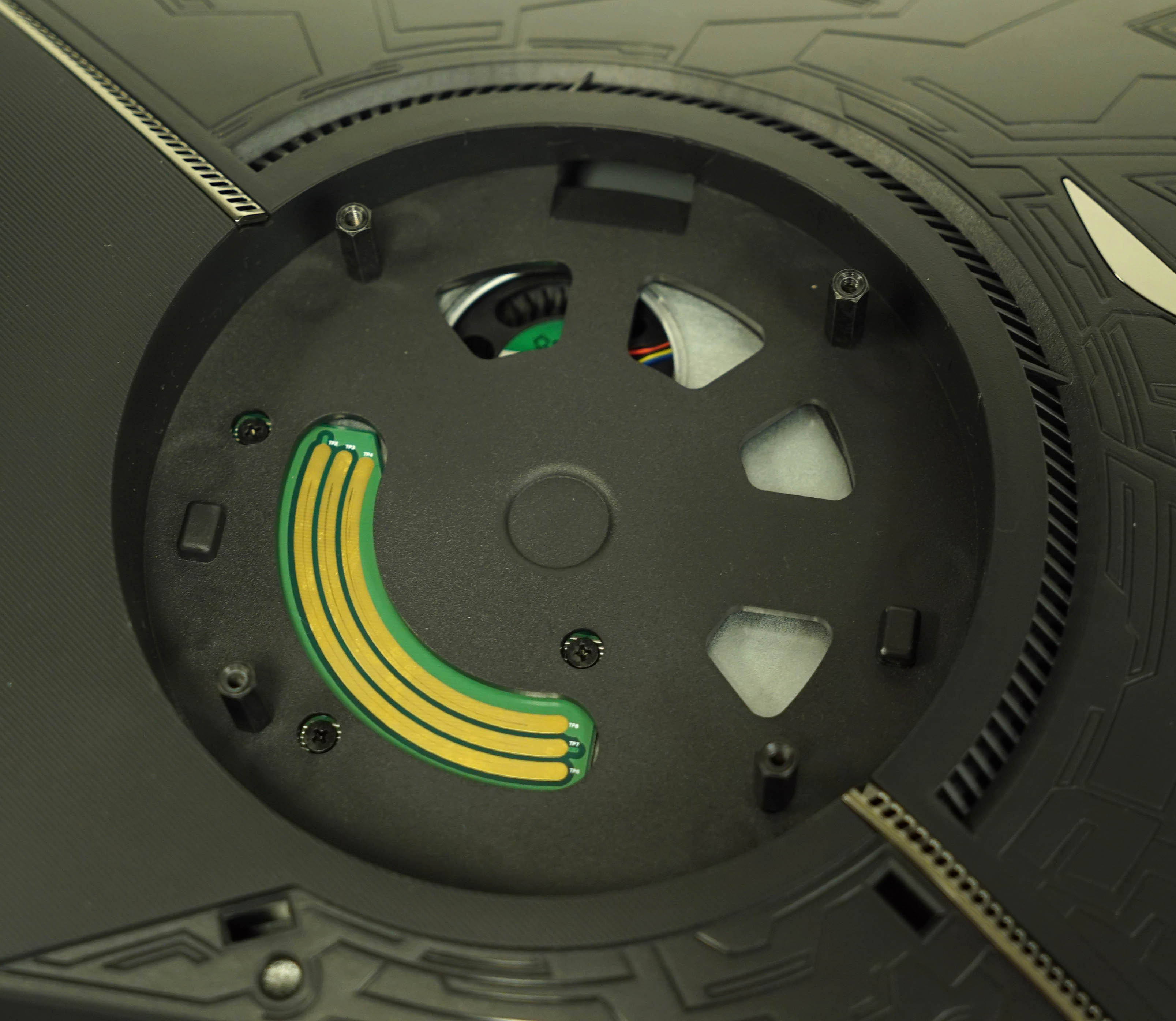 While the ASUS PG27UQ also features a blower style fan with an intake in the VESA mount area, ASUS includes standoffs which provide plenty of clearance between the back of the monitor and the VESA mounting plate, solving the issue. 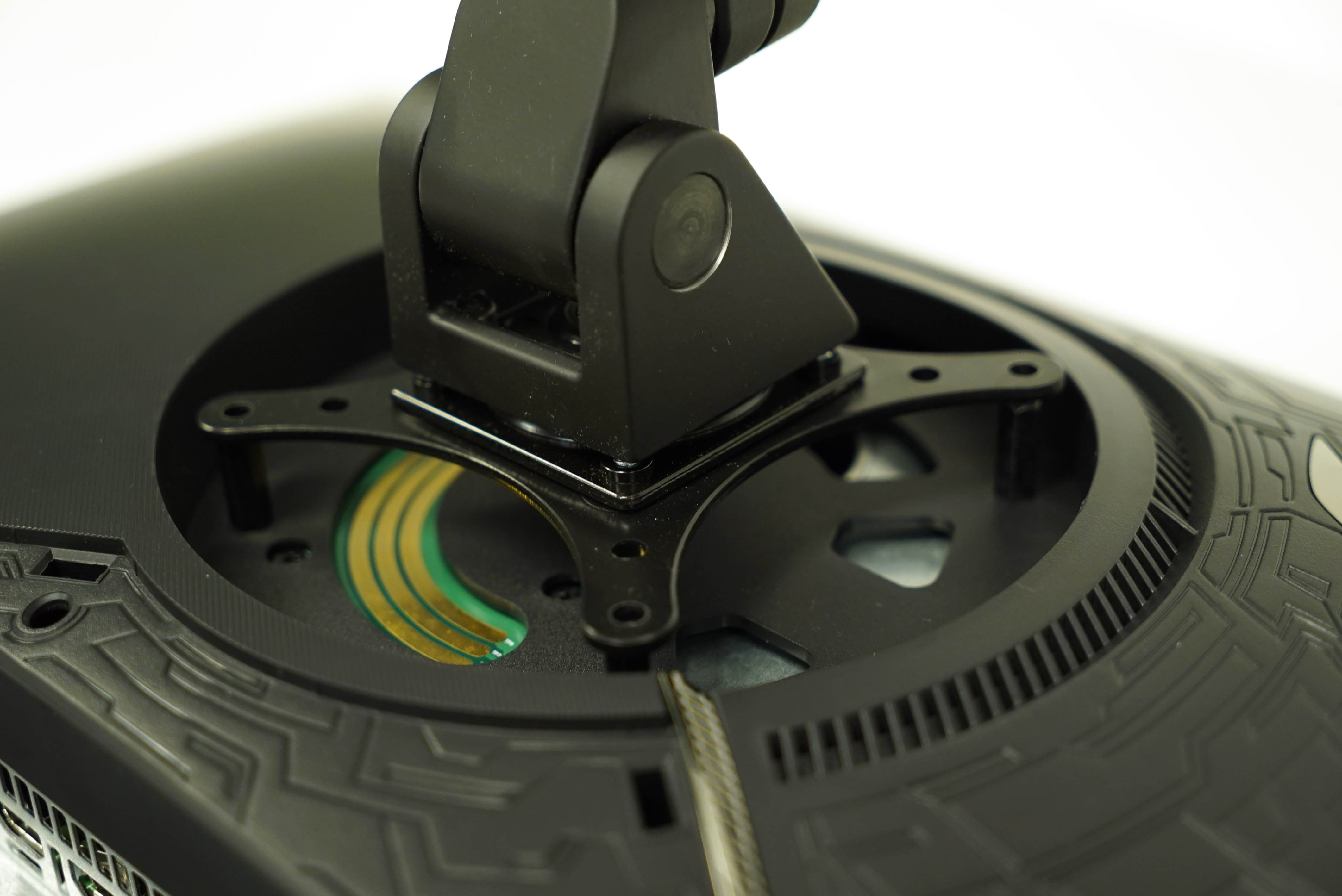 It's worth noting that despite the monitor having an always-on active cooling fan, it was only noticeable with no other ambient noise in the room, and in close proximity to the display. With any other noise in the room, such as our test PC turned on, the fan noise was drowned out.

Speaking of the fan, let's take a closer look at the internals of the ASUS PG27UQ with a teardown.