(Hey everyone, Ryan stepping in here to talk through some gaming thoughts…)

Since the introduction of the first G-Sync monitor from NVIDIA and ASUS several years back, I’ve been a firm believer that variable refresh rates represent the best of PC gaming, and gaming in general. And then, since seeing the first HDR TVs on display just a few years back, I was also smitten. And thus began the quest to find the perfect monitor that blended BOTH of the technologies together in an impressive manner.

While Ken has done the vast majority of the testing and evaluation for the ASUS PG27UQ and the G-Sync HDR implementation, I wanted to spend some time just doing what the monitor was meant to do: game! So over the course of a few days, I played a handful of games and watched some videos to see what the overall experience was with this display.

First up on the list was Far Cry 5, a modern game that was designed with HDR in mind. And even though it was an AMD-sponsored title, it worked flawlessly with the G-Sync HDR display. 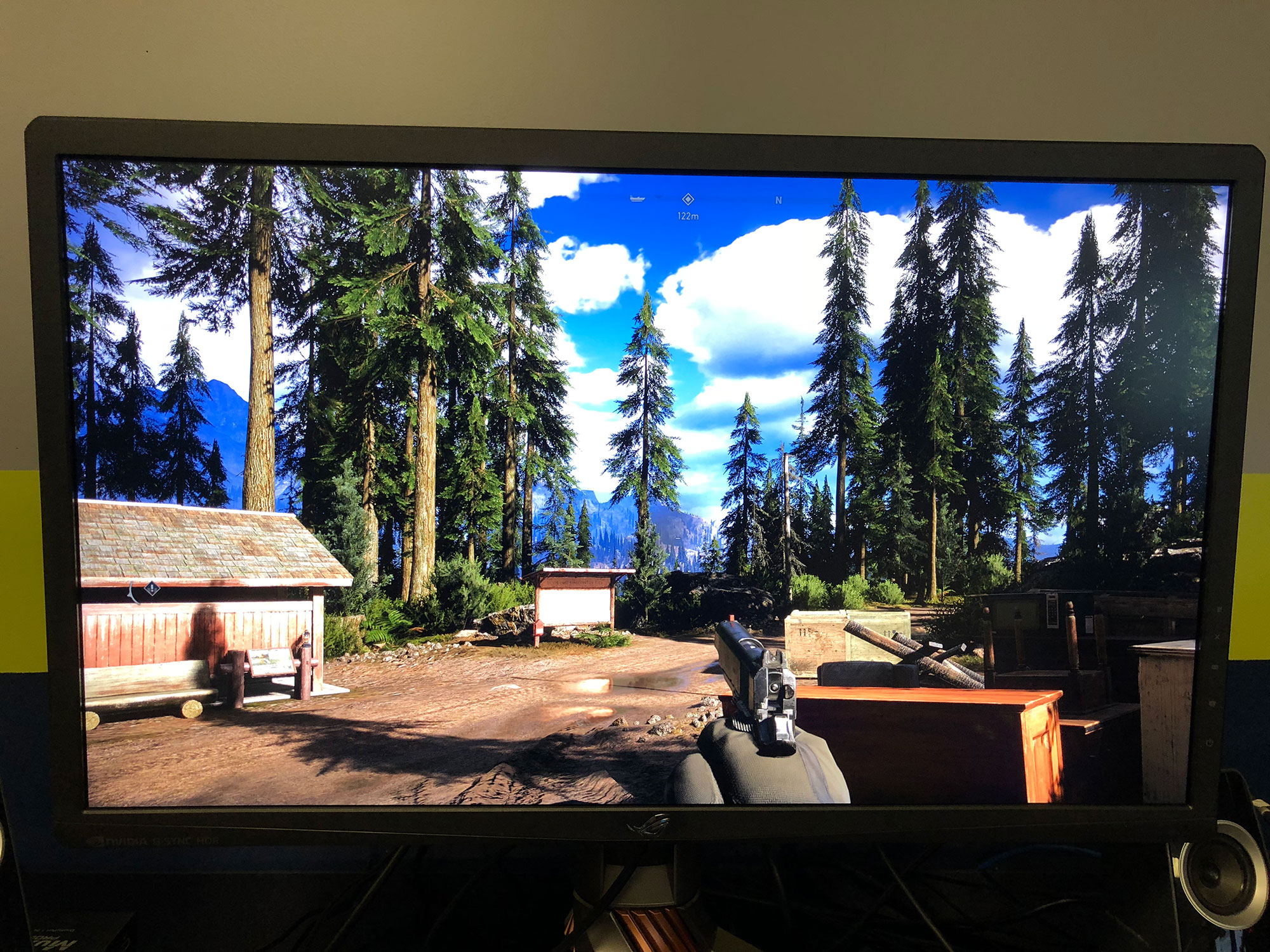 (Taking screenshots of HDR games is…difficult. These are photos taken with an iPhone X.)

In the game, the effect and benefit of HDR is immediately available. It might be a bit overbearing at first, those bright lights are BRIGHT with the 1000 nits capability of the screen. The movement from an indoor building out to the forest creates a (artist created) blinding effect, that serves an interesting in-game purpose and also establishes a flagship opportunity to demo HDR in action.

The 384-zone integration on the ASUS PG27UQ creates the ability to have narrow locations of brightness without blowing out the rest of the screen. The best example of this is with the red-dot sight on your pistol: it remains BRIGHT red even when placed in a dark room, or in dim foliage. It presents the effect that feature has in the real world accurately. 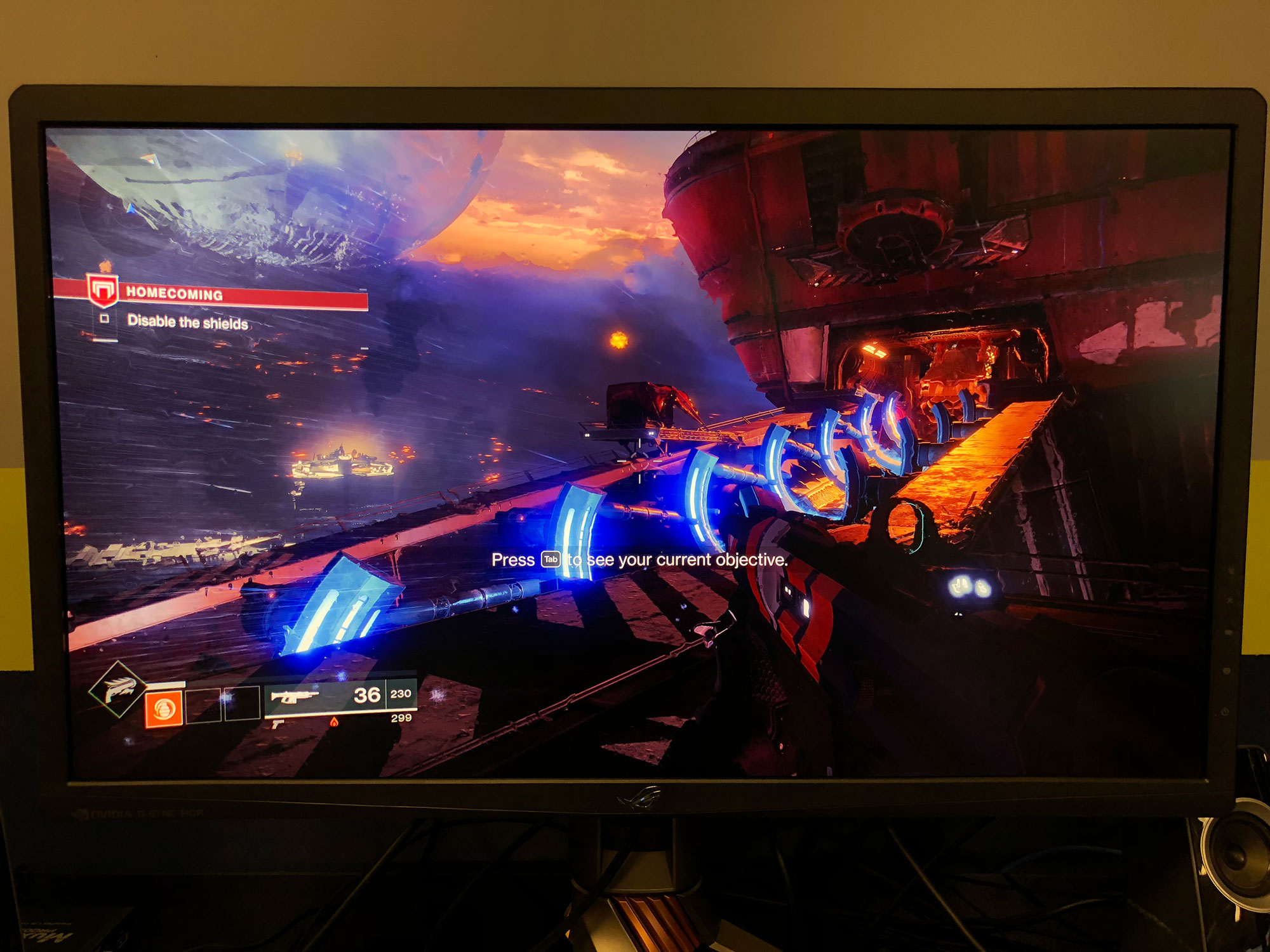 (Taking screenshots of HDR games is…difficult. These are photos taken with an iPhone X.)

I also played a bit of Destiny 2, one of the first games to implement HDR correctly. The fantastical setting of the game allows for interesting dynamic lighting on characters, weapon effects, landscape, etc. The HDR settings itself are only presented in an on/off state, but the difference is noticeable immediately. The very opening of the game, where you are in a dark space with burning fires all around you, is an immediate “holy shit” moment for HDR.

One bad thing about the implementation in Destiny 2 – alt-tabbing out of the game and back in killed the HDR setting without restarting the game.

I decided to boot up the latest installment of Hitman, a game that claimed to have HDR support integrated very early, seemingly before there were monitors around to support it. It worked and required me to set exclusive full-screen mode to enable. 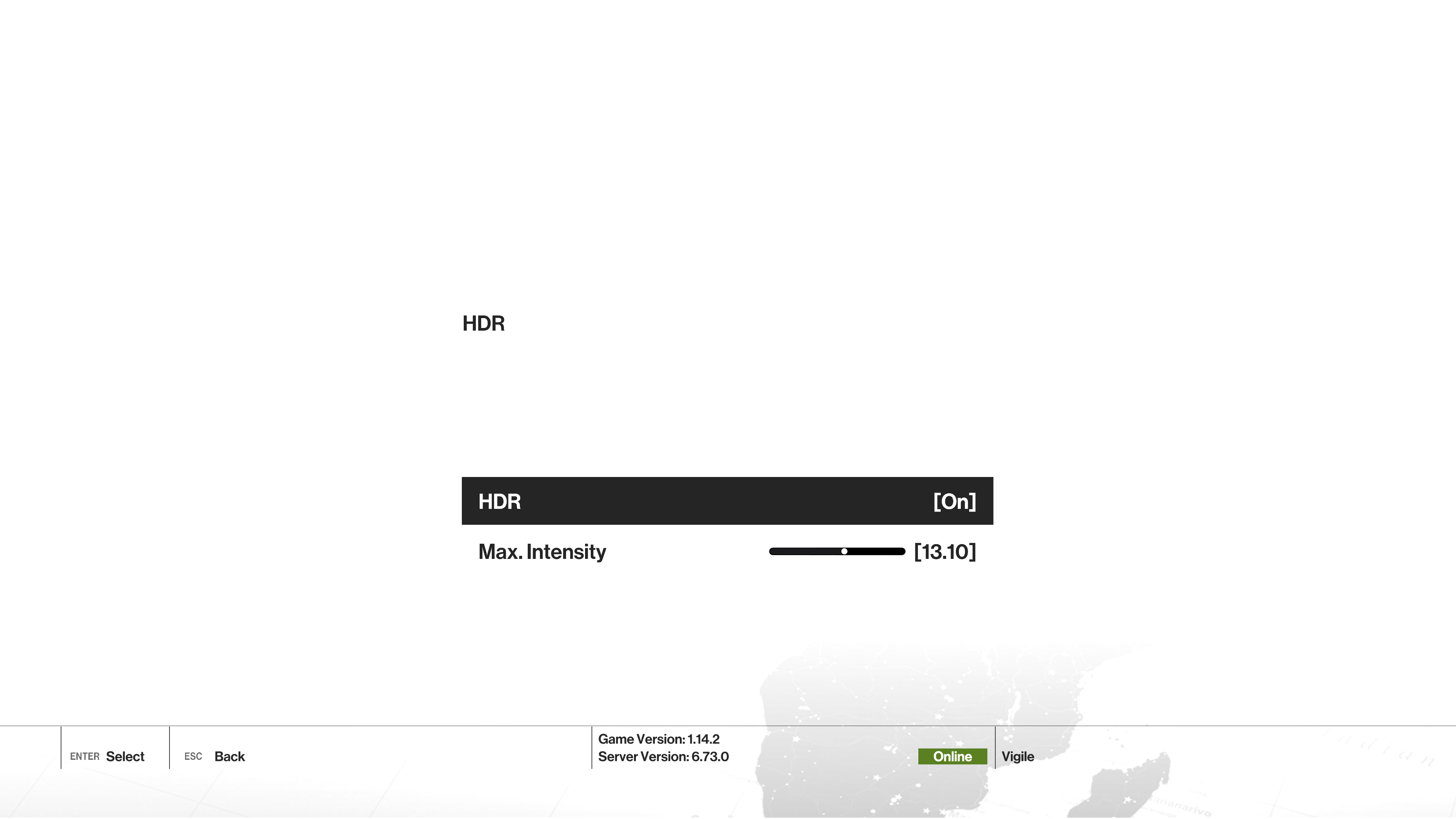 The interface to enable uses different language and settings, and the net result is a much more subdued effect. It’s there, and you can tell the difference when switching between them, but it doesn’t have the “smack you in the face” effect that both FC5 and Destiny 2 had on me.

YouTube and Netflix HDR playback both worked as well, and watching some of the Digital Foundry HDR captures from other games was the best example of seeing the in-browser integration. Chrome still has a bug in the latest public release where the rest of the window is dim (other than the HDR video that displays correctly), but apparently, that is already addressed in a future release.

In the end, the gaming experience on the ASUS PG27UQ with G-Sync HDR is presently unmatched. And it should be, for the price! I played exclusively in the 98 Hz mode, and though I think getting 144 Hz with the HDR and 4K resolution would be an improvement, I never truly felt hampered by the reduced monitor refresh rate.

I would like to see both a 2560×1440 27-in version as well as a larger 32-in screen if we are going to keep that 4K resolution. I think we’ll get there, for both variants, but with the shortage of 1000 nit capable displays and the high cost, it will take some time.

There is no getting around that $2000 price tag for this monitor, and I expect very few gamers willing to shell out that kind of cash. If you do though, you’ll be greeted with what I think is the BEST desktop gaming experience with the best HDR implementation on a monitor to date. 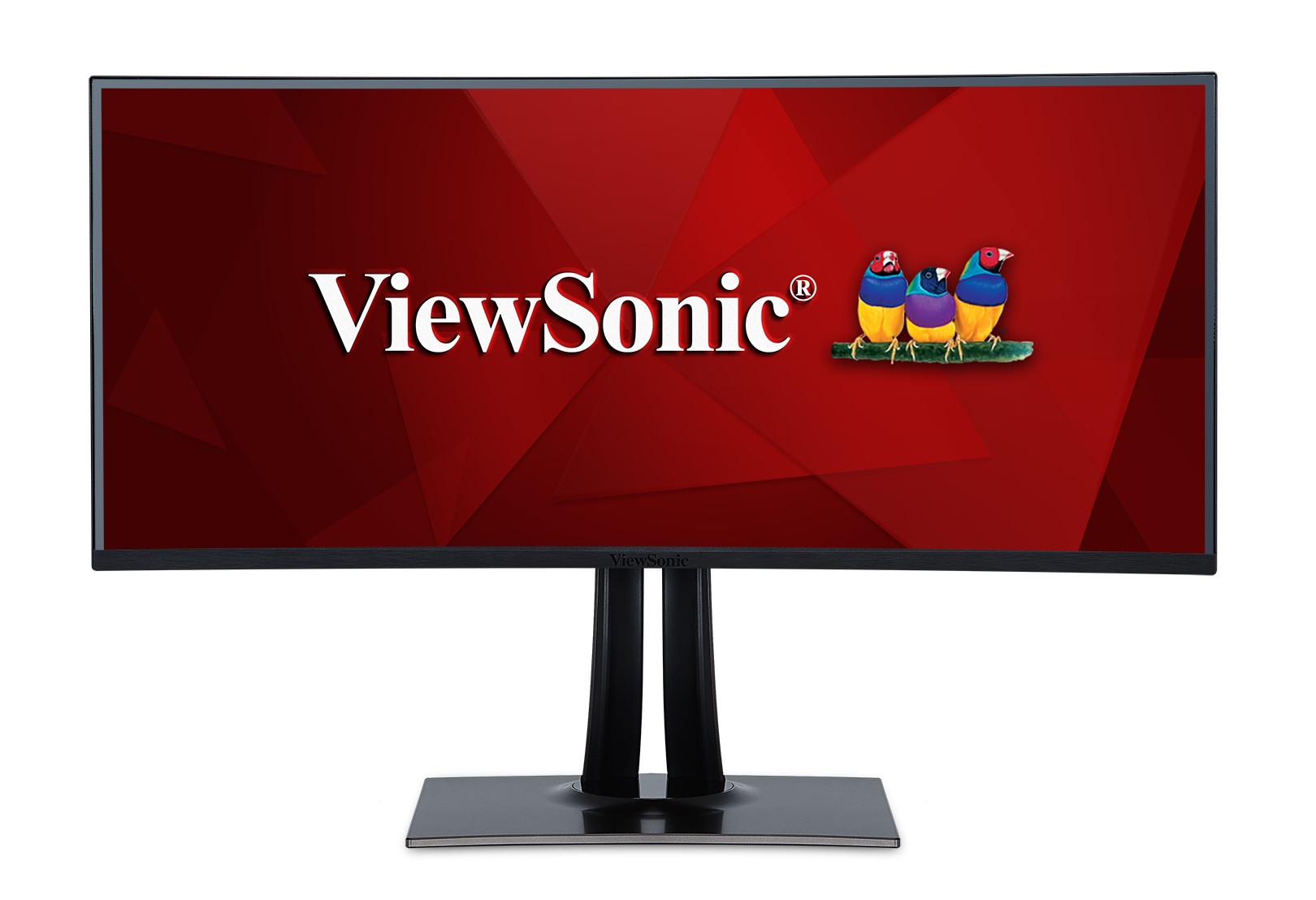 ViewSonic Introduces a Trio of Monitors with Pro Color