For the most part, PC displays have been stuck in the sRGB color space for a very long time. While there have been some outliers supporting wider volume standards like AdobeRGB, those are traditionally targeted towards professions, and likewise very expensive. Testing for adherence to the sRGB color space is a well-understood methodology, and achievable with commodity hardware like the X-Rite i1 Display Pro, for reasonable prices.

However, with the advent of HDR, wide color gamut displays are becoming much more common.  This is a great thing for consumers, who will now get to experience the benefits of these displays. Unfortunately, these displays are much more difficult to test, for a multitude of reasons. 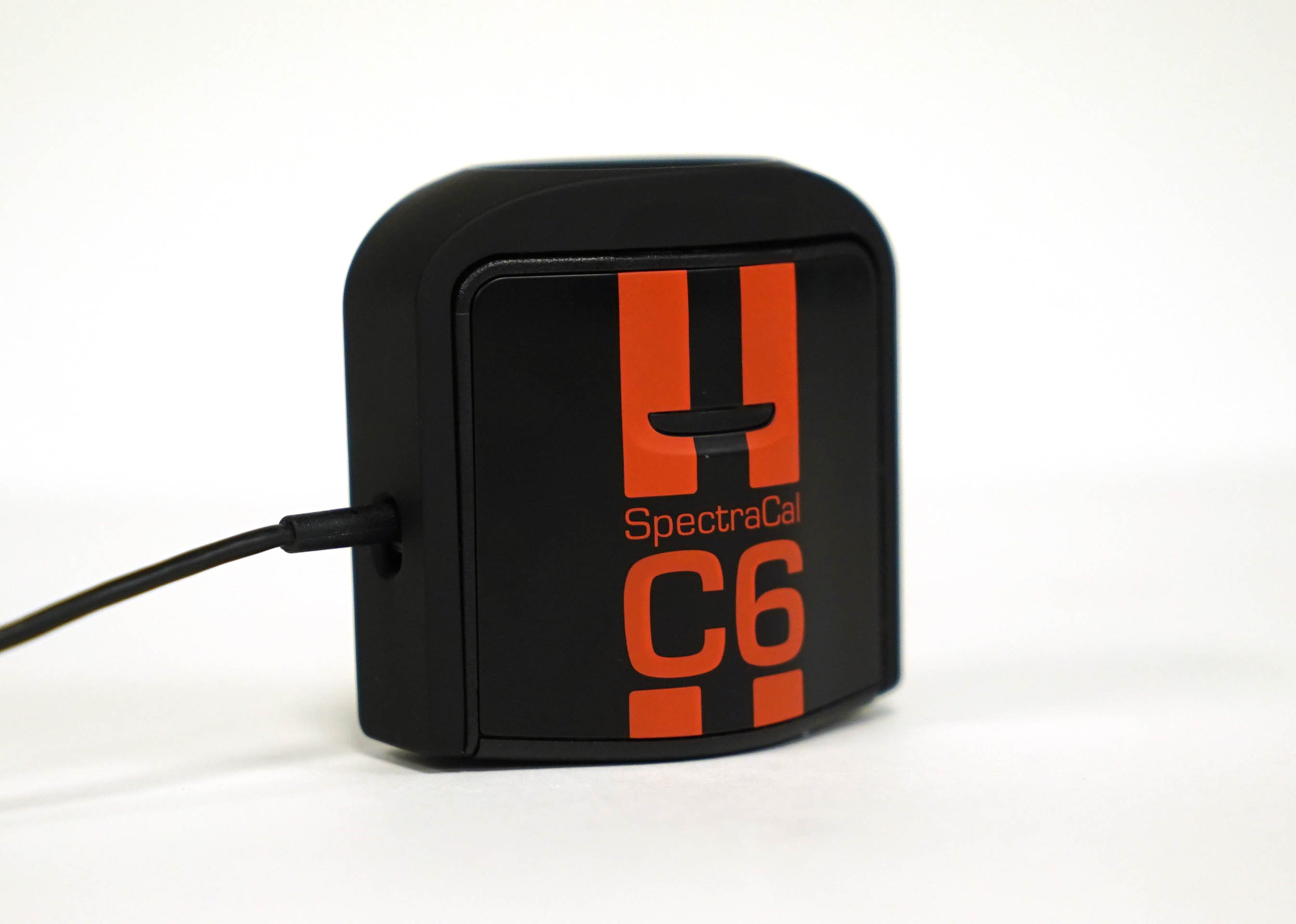 In preparation for the release of HDR displays, we got our hands on a SpectraCal C6 HDR2000 colorimeter. For those of you unfamiliar with SpectaCal, they are the makers of CalMAN, one of the industry standard software for display analysis and calibration. With support for luminance accuracy up to 2000 nits, as well as NIST certified accuracy, it seemed like this would be the hardware for the job, at just $800.

However, after spending some time with CalMAN on the PG27UQ, we've learned that it's not quite that easy. After getting results of around 75% DCI-P3 coverage (as opposed to the claimed 97%), we decided to contact both ASUS and NVIDIA for feedback on our testing methodologies.

Technical marketing representatives from NVIDIA shared data that they gathered with one of these displays across a range of different colorimeters and Spectroradiometers. The conclusion they came to was that the only device capable of measuring the color accuracy to the same degree as the factory calibration of these displays is the Klein K-10A colorimeter, an almost $7000 device.

While we are willing to invest in testing equipment to accurately evaluate the claims of manufactures, $7000 is out of reason for this purpose.

We're still talking to NVIDIA about different solutions that could help us provide an accurate picture of color representation, potentially by combining both a colorimeter and a Spectrophotometer, we are currently not comfortable enough in our equipment to validate and claims made by ASUS and NVIDIA of the color accuracy of the display in either direction. We hope to have some more data on this in the future.

While our SpectraCal C6 HDR2000 might not be able to provide a complete picture of the color accuracy of the PG27UQ, it can still be used to evaluate the Luminance and Contrast of the display, two important claims with HDR monitors. 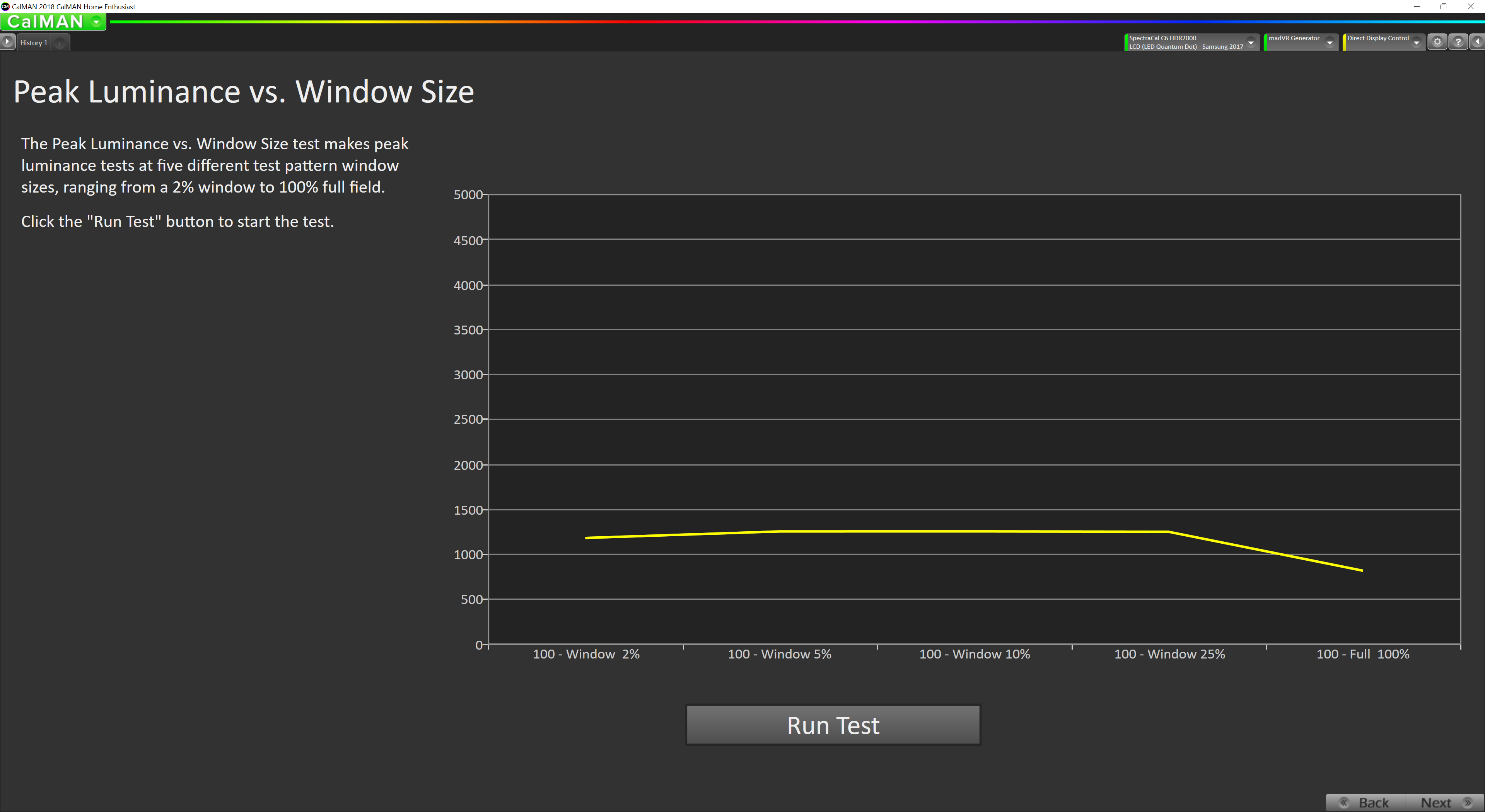 Here we can see the backlight's luminance while different percentages of the screen are sent a "pure white" signal in HDR mode. Everything but the 100% screen coverage reaches over 100 nits. Remember, DisplayHDR 1000 means the display is capable of "flashing" the full screen white to a level of 1000 nits. Our test measured for a sample of 1 second, which is a longer period than a "flash". 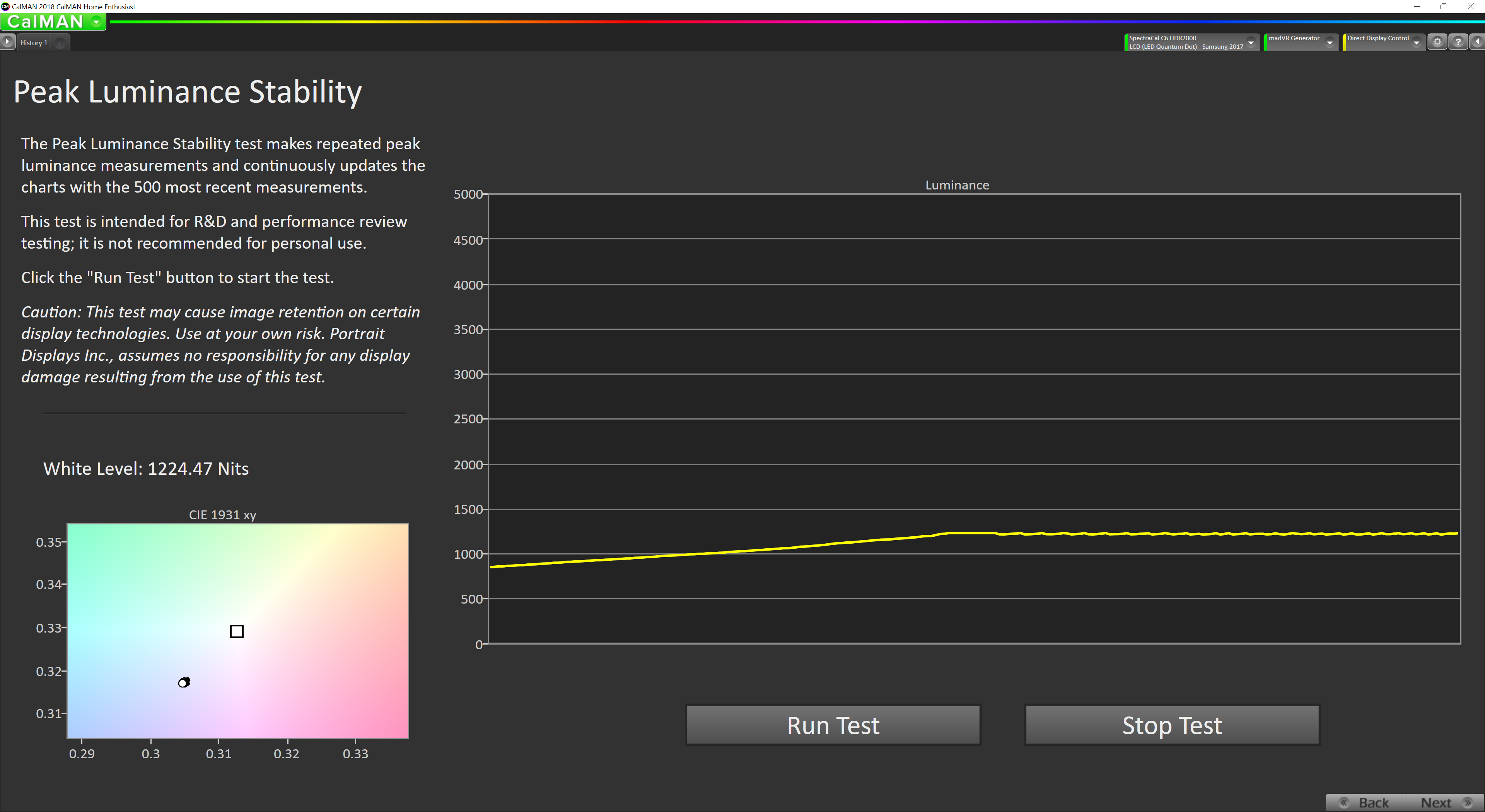 Backlight consistency is great, with a 10% patch reaching an average of 1200 nits, above the 1000 nits rating, after a few seconds of sustained operation.

One of the concerns of a FALD backlight array is the idea of a "halo" around content that is otherwise on a black screen. This does happen to some extent on the PG27UQ but was fairly rare in our testing. 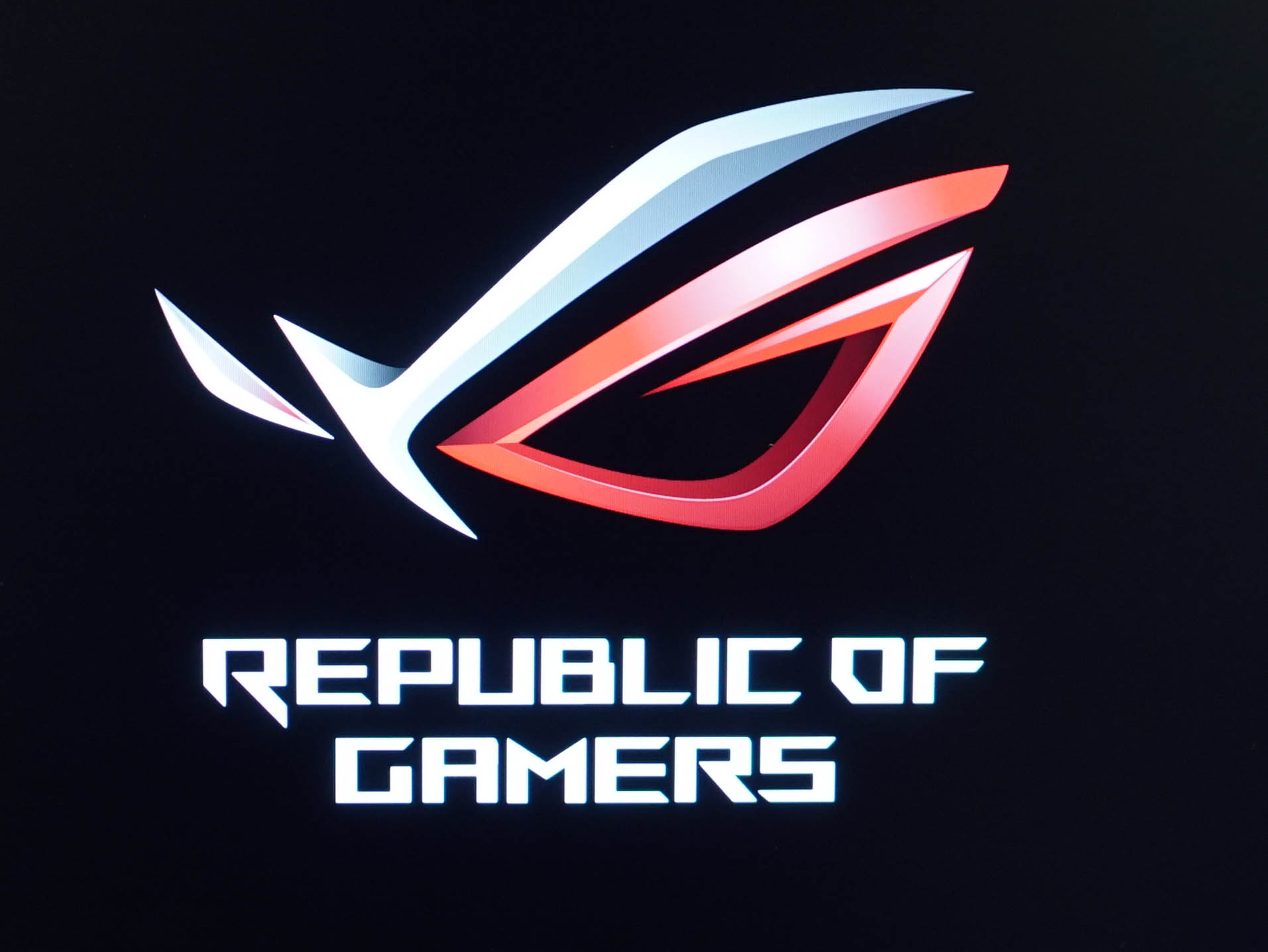 The most reproducible scenario, in fact, was OSD elements, displaying on a black background while the monitor was booting or displaying a message. While in desktop use and while gaming, we didn't notice the halo effect unless it was a completely black screen with a completely white element overtop of it.