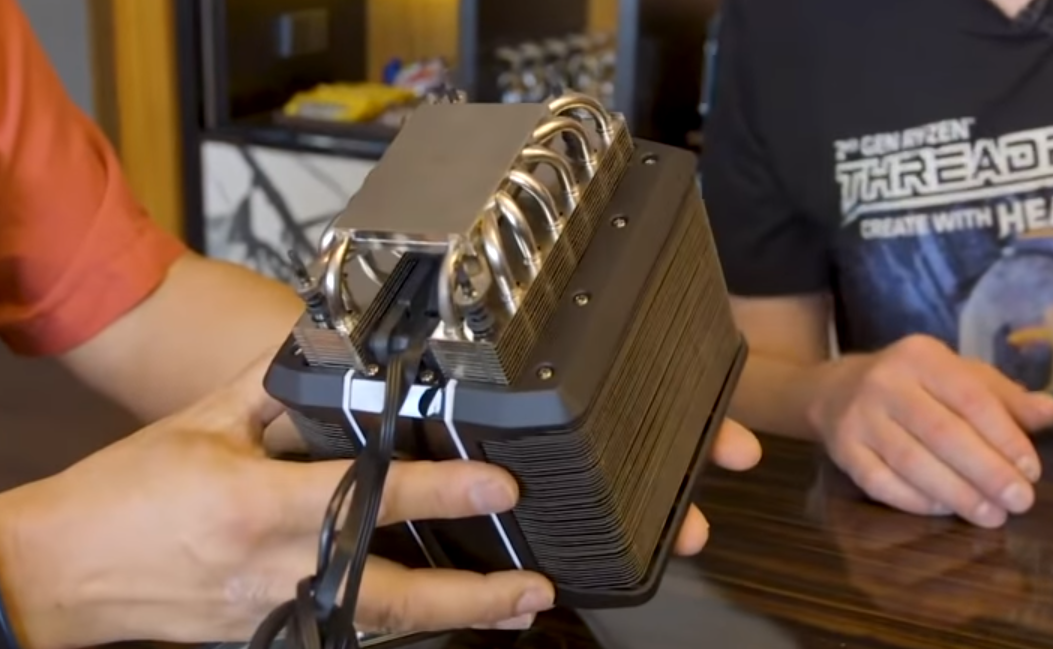 In an interview with AMD Senior Vice President Jim Anderson, PC World's Gordon Mah Ung got the chance to discuss and get hands on with second generation Threadripper as well as AMD's new Wraith Ripper air cooler. Developed in partnership with Cooler Master, the Wraith Ripper is a massive air cooler capable of keeping even the upcoming 32 core Threadripper processor cool (allegedly a 250W TDP part!) which, as Jim Anderson notes, has all four dies on the package being used (first generation Threadripper used two hot dies and two spacers).

The behemoth features a full cover block for Threadripper that connects to a very dense aluminum fin stack using 14 nickel plated copper heatpipes. There is a single fan in the center of the fin stack hiding under a black fan shroud that covers the top and left and right sides. The black shroud also holds the customizable RGB lighting which lights up the logo and outline around the edges of the shroud. The fan is allegedly rated at 39 dBa which is pretty good considering the amount of heat it needs to dissipate from Threadripper CPUs. Likely due to the HSF's sheer size Cooler Master was able to go with a larger and slower spinning fan.

Intel Puts Vote To The People In Computer Design Challenge