AMD showed off its first 7nm GPU in the form of the expected AMD Radeon Instinct RX Vega graphics product and RX Vega GPU with 32GB of HBM2 memory. The new GPU uses the Vega architecture along with the open source ecosystem built by AMD to enable both graphics and GPGPU workloads. AMD demonstrated using the 7nm RX Vega GPU for ray tracing in a cool demo that showed realistic reflections and shadows being rendered on a per pixel basis in a model. Granted, we are still a long way away from seeing that kind of detail in real time gaming, but is still cool to see glimpses of that ray traced future.

According to AMD, the 32GB of HBM2 memory will greatly benefit creators and enterprise clients that need to work with large datasets and be able to quickly make changes and updates to models before doing a final render. The larger memory buffer will also help in HPC applications with more big data databases being able to be kept close to the GPU for processing using the wide HBM2 memory bus. Further, HBM2 has physical size and energy efficiency benefits which will pique the interest of datacenters focused on maximizing TCO numbers. 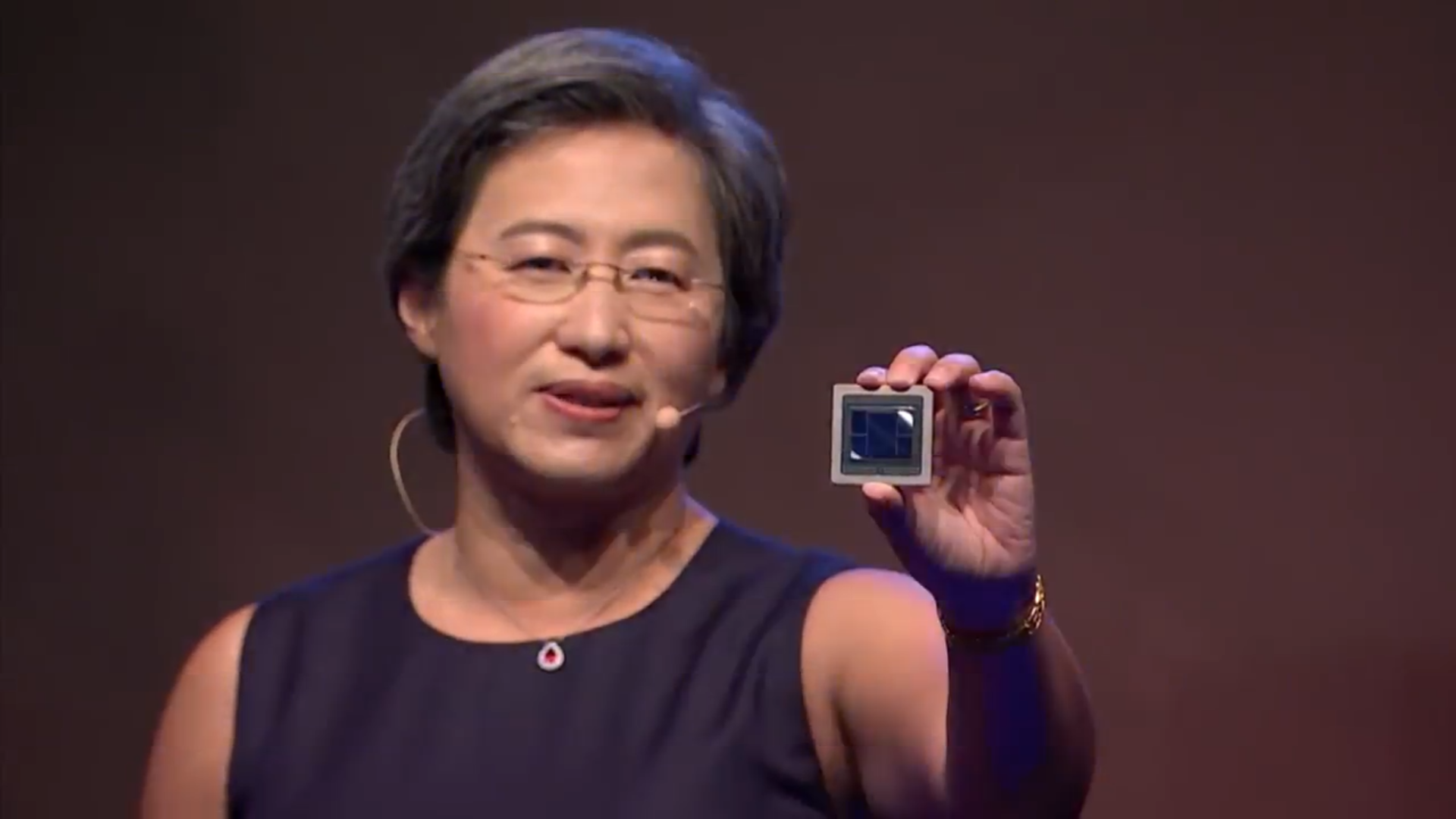 Dr. Lisa Su came on state towards the end of the 7nm Vega demonstration to show off the GPU in person, and you can see that it is rather tiny for the compute power it provides! It is shorter than the two stacks of HBM2 dies on either side, for example. 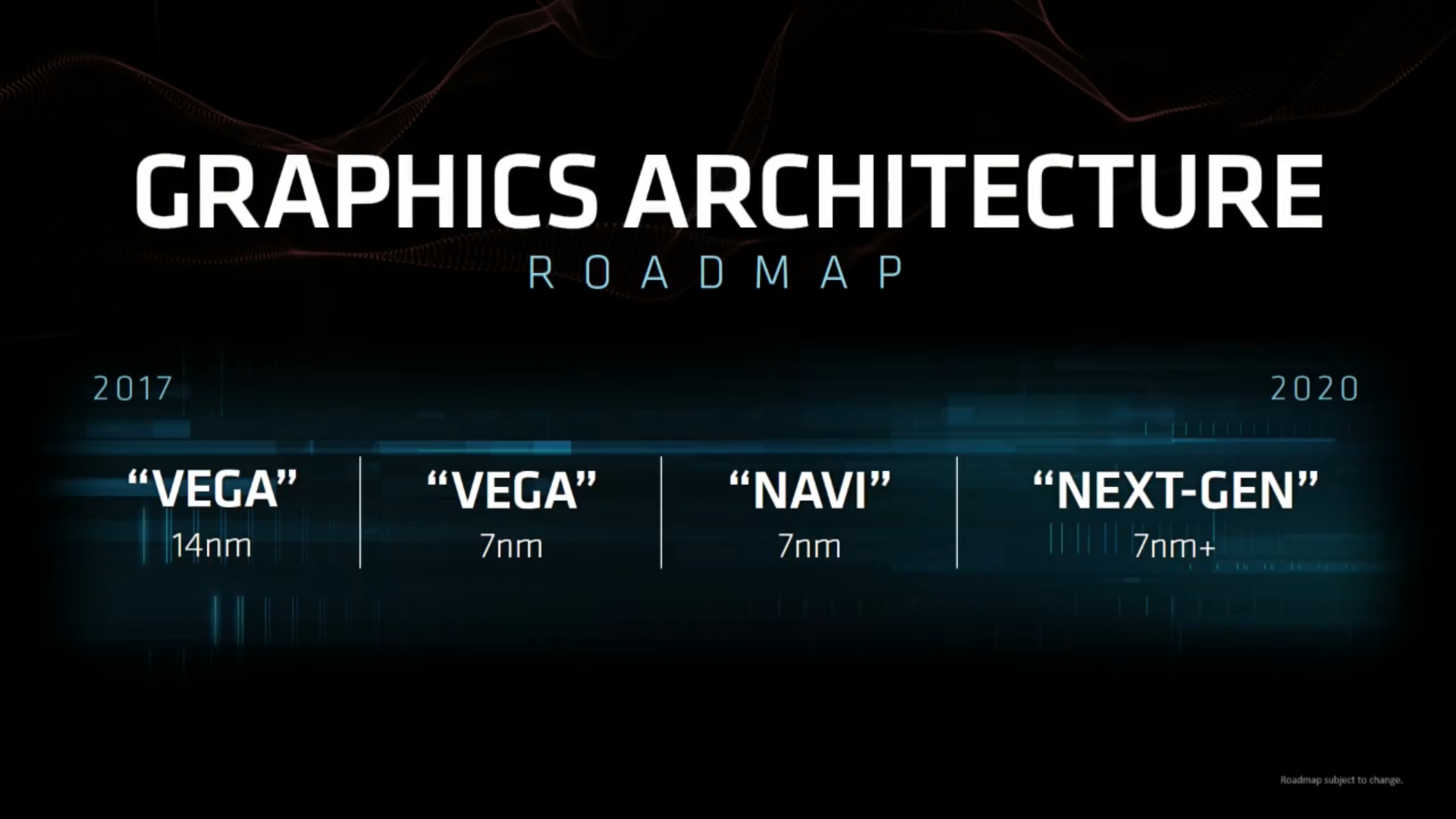 Of course AMD did not disclose all the nitty-gritty specifications of the new machine learning graphics card that enthusiasts want to know. We will have to wait a bit longer for that information unfortunately!

As for other 7nm offerings? As Ryan talked about during CES in January, 2018 will primarily be the year for the machine learning-focused Radeon Instinct RX Vega 7nm GPU, with other consumer-focused GPUs using the smaller process node likely coming out in 2019. Whether those 7nm GPUs in 2019 will be a refreshed Vega or the new Navi is still up for debate, however AMD's graphics roadmap certainly doesn't rule out Navi as a possibility. In any case, AMD did state during the livestream that it intends to release a new GPU every year with the GPUs alternating between new architecture and new process node.

What are your thoughts on AMD's graphics roadmap and its first 7nm Vega GPU?