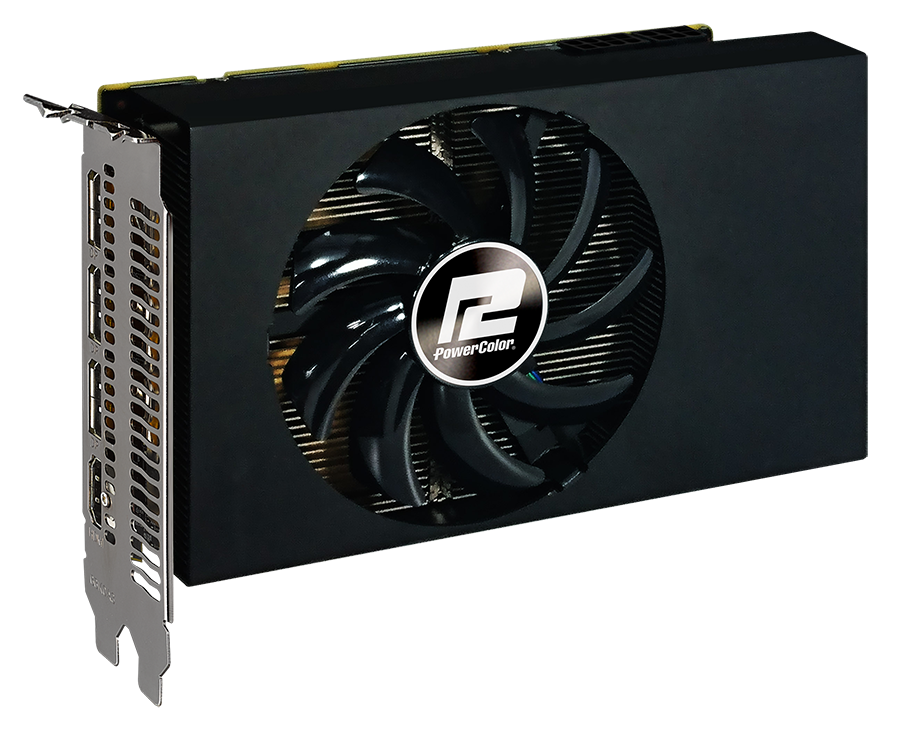 PowerColor’s new small form factor RX Vega 56 based graphics card was shown off at Computex 2018 and finally made the card official with more information provided on it following the rumors and official teaser last month. The PowerColor RX Vega 56 Nano Edition is the spiritual successor to AMD’s Fiji XT-based R9 Nano from 2015 and features an AMD RX Vega 56 GPU with 8GB HBM2 memory in a short dual slot graphics card measuring 170mm x 95mm x 38mm. In fact, PowerColor’s RX Vega 56 Nano Edition has a PCB that is only 5mm longer (according to TechPowerUp) than AMD’s previous Nano card and including the cooler is less than 2 cm longer.

PowerColor’s new SFF graphics card is a dual slot design with a single 80mm fan and dense aluminum heatsink covered by a black plastic shroud providing cooling. The card is powered by  8-pin and 6-pin power connectors and the card offers three DisplayPort 1.4 and one HDMI 2.0b display outputs.

The PowerColor RX Vega 56 Nano Edition will reportedly be available shortly with a $449 MSRP. The new small form factor Nano Edition card offers an interesting proposition for gamers wanting to build in Mini ITX systems. So long as PowerColor can get the card out at close to MSRP and performance is still there without too much thermal limitations I think there is a definite niche market for it. (Note that the R9 Nano debuted at $650 MSRP!)