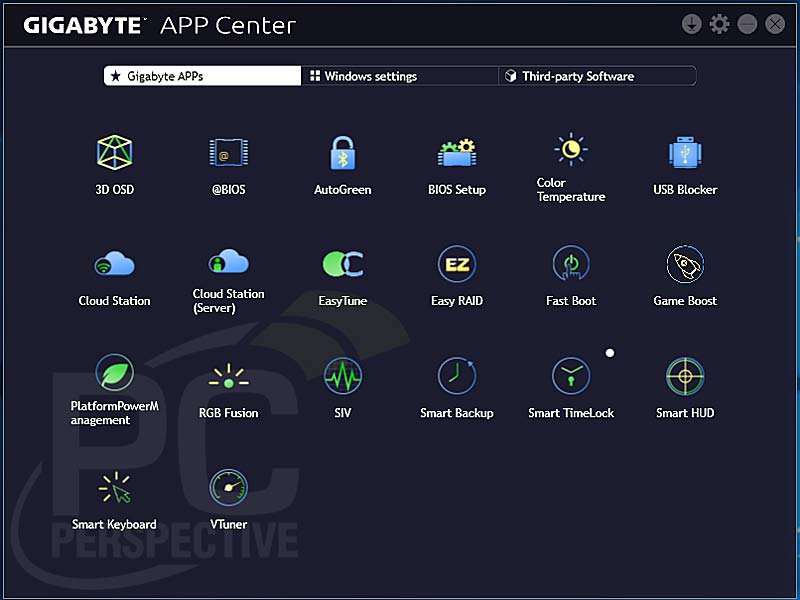 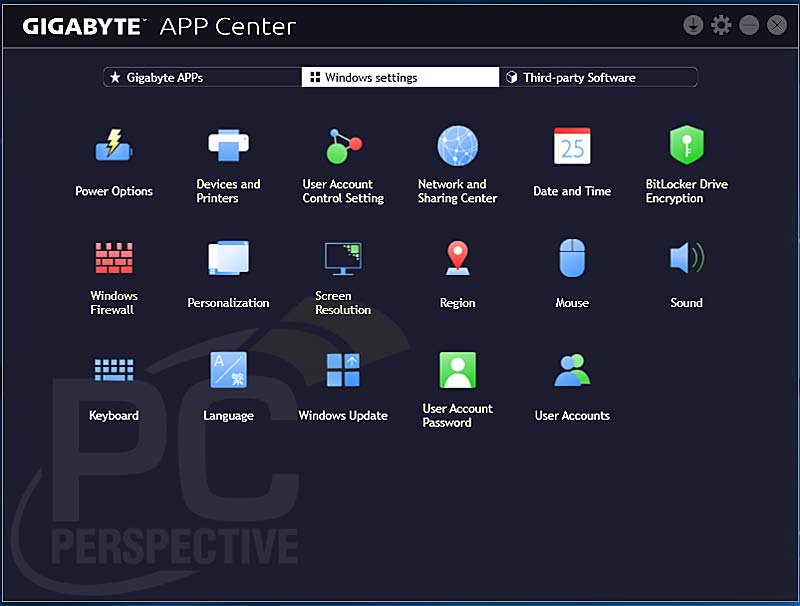 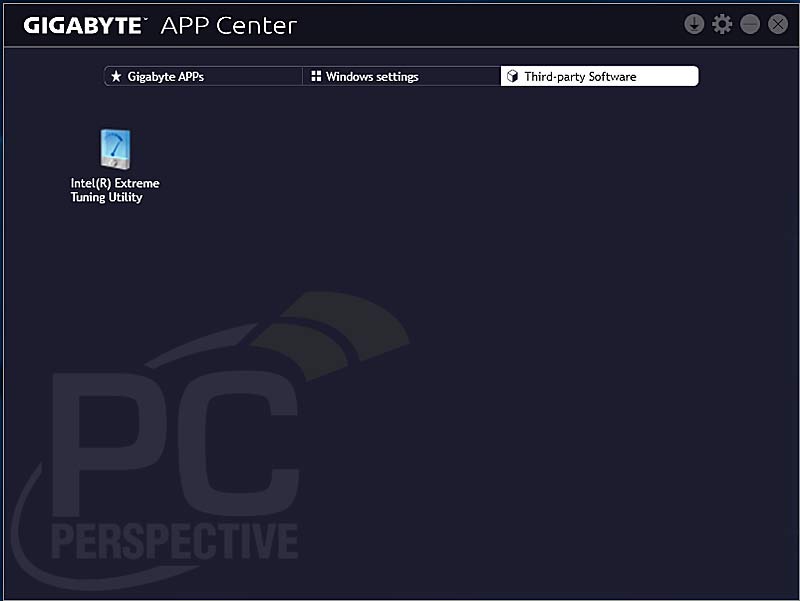 The GIGABYTE APP Center provides a centralized location for all the GIGABYTE Windows-based utilities. The interface splits apps across three tabs – GIGABYTE APPs, Windows settings, and Third-Party Software. The GIGABYTE APPs tab houses all GIGABYTE developed applets (disccussed below). The Windows settings tab houses Windows Admin and Control Panel / Settings applets. The Third-Party Software tab houses non-GIGABYTE applets, like the Intel Extreme Tuning Utility applet. The @BIOS applet can be used to backup and update the board BIOS. The EasyTune utility can be used to configure board settings, including bus speeds and voltages. The System Information Viewer applet displays board component information, monitored device information, and provides an interface for automated or manual fan configuration. Fast Boot provides the user a GUI interface to modify the BIOS Fast Boot setting and the OS-based power loss setting. The Smart Keyboard applet allows the user to create customized keyboard and mouse hot keys and macros. The Cloud Station app allows the for interaction with and control of the base system from a remote device via a wireless connection. The Smart TimeLock applet allows the user to define computer and Internet usage time for a user via its rules-based interface. The Smart Backup applet controls time-based system backups with the ability to create a new partition image file one time per hour. The USB Blocker applet is a security mechanism allowing you to block specific types of USB devices and access. The RGB Fusion applet allows for user configuration of the color and operating mode of the board integrated LEDs and LEDs connected to the RGB 12V header. The Auto Green applet gives user control over the board's power saving features. The Easy Raid applet gives the user a wizard-based interface for creating a RAID array from attached hard drives and SSDs. The 3D OSD provides access to system monitored information via an in-game interface. The V-Tune applet gives the user access to monitor and adjust performance settings for supported video cards. 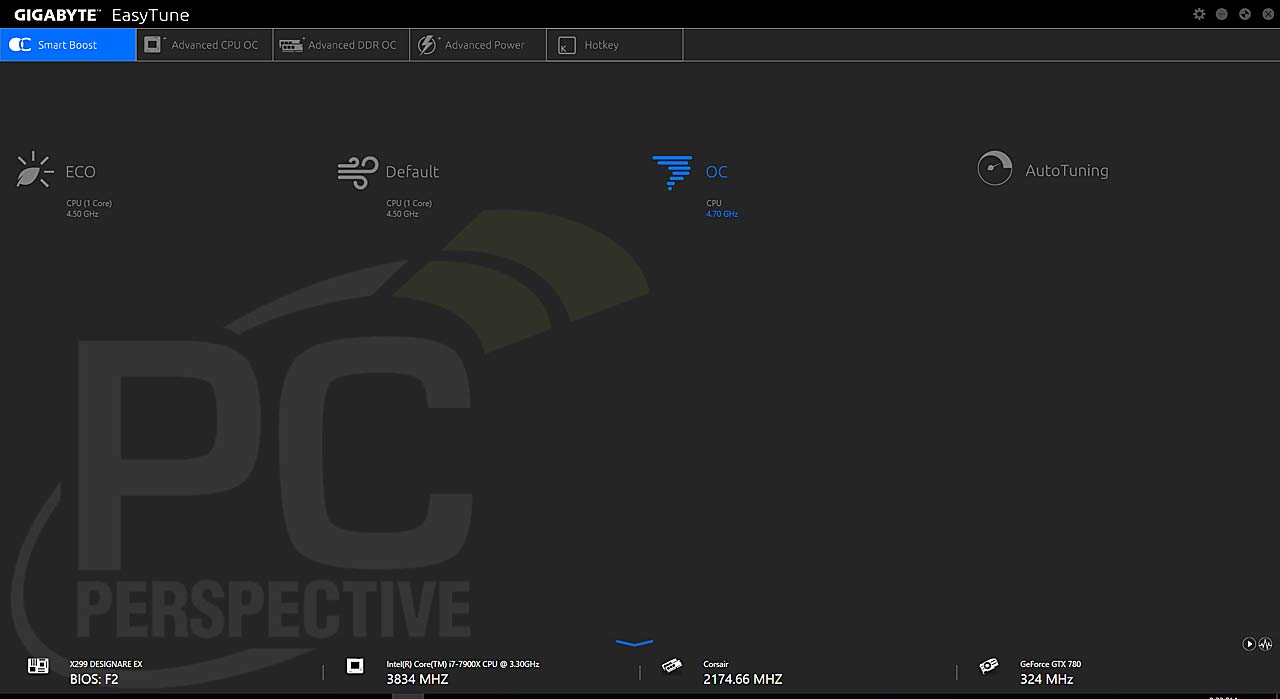 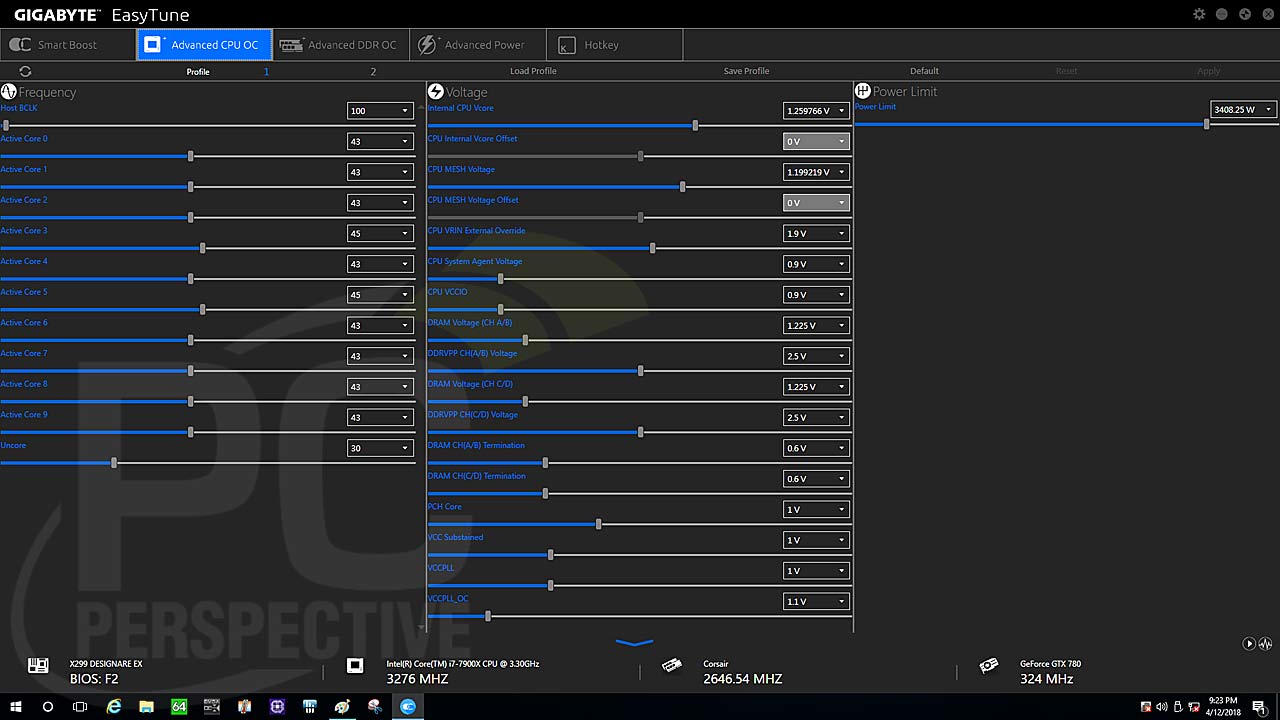 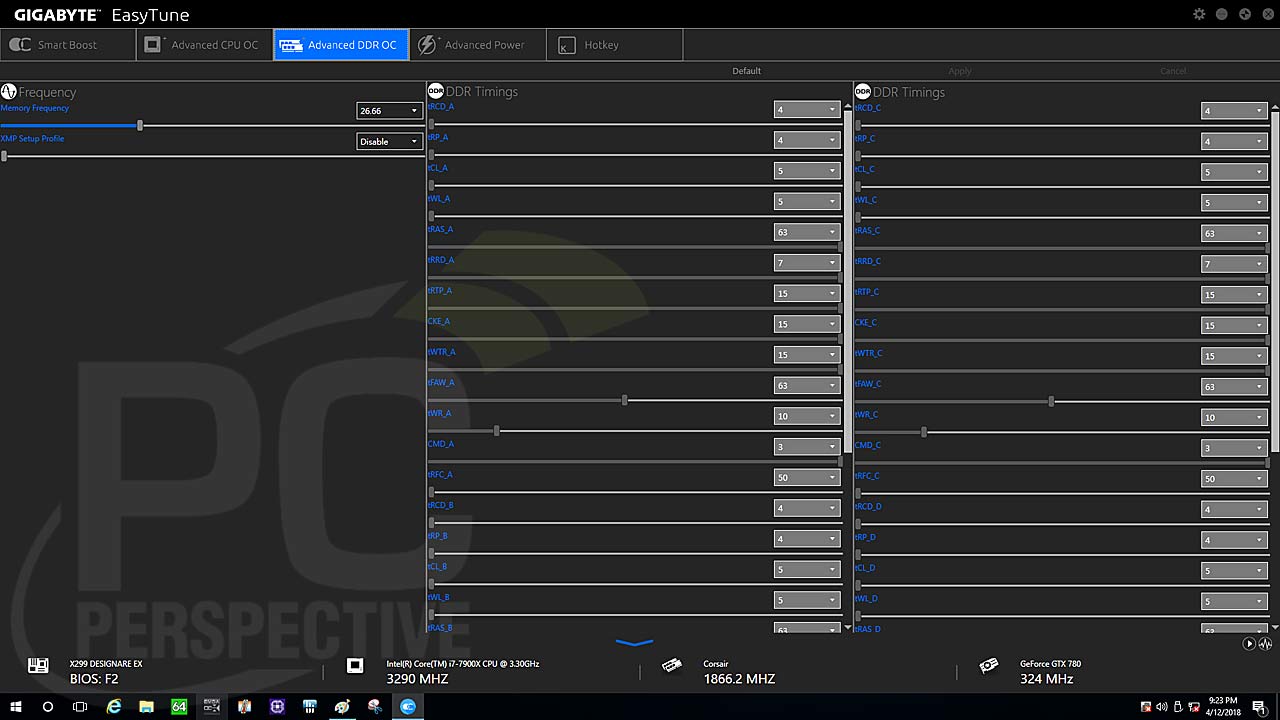 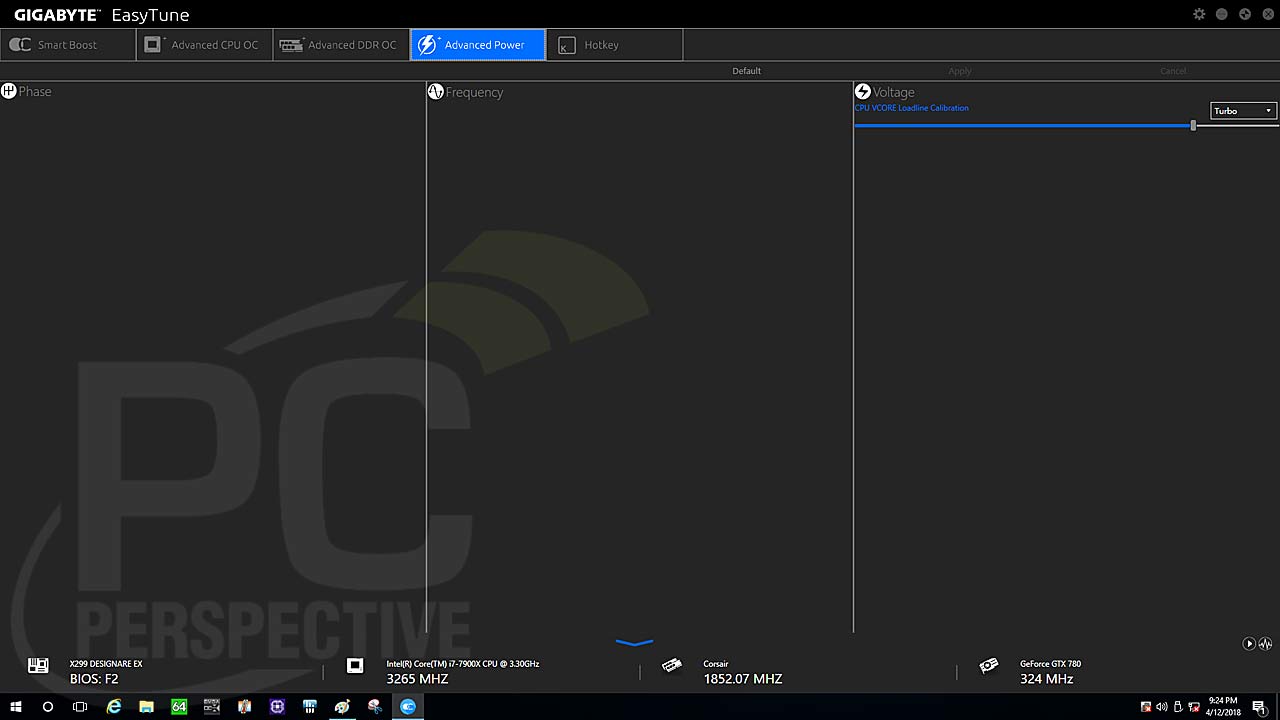 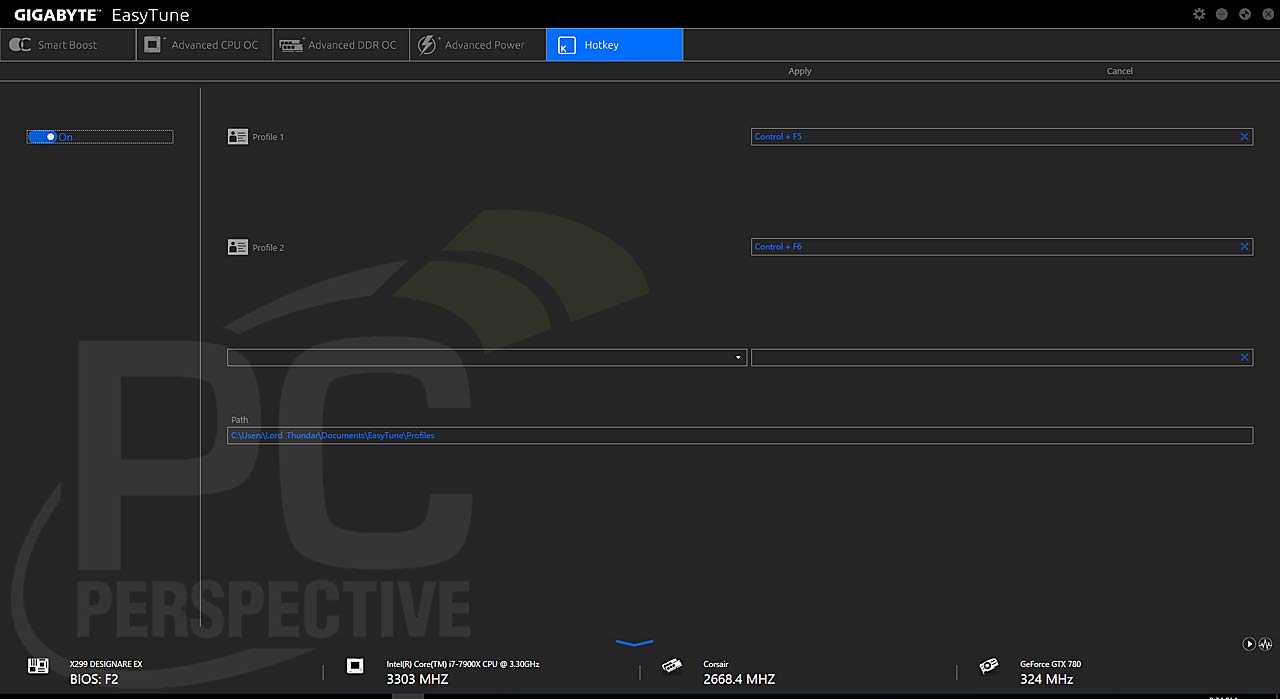 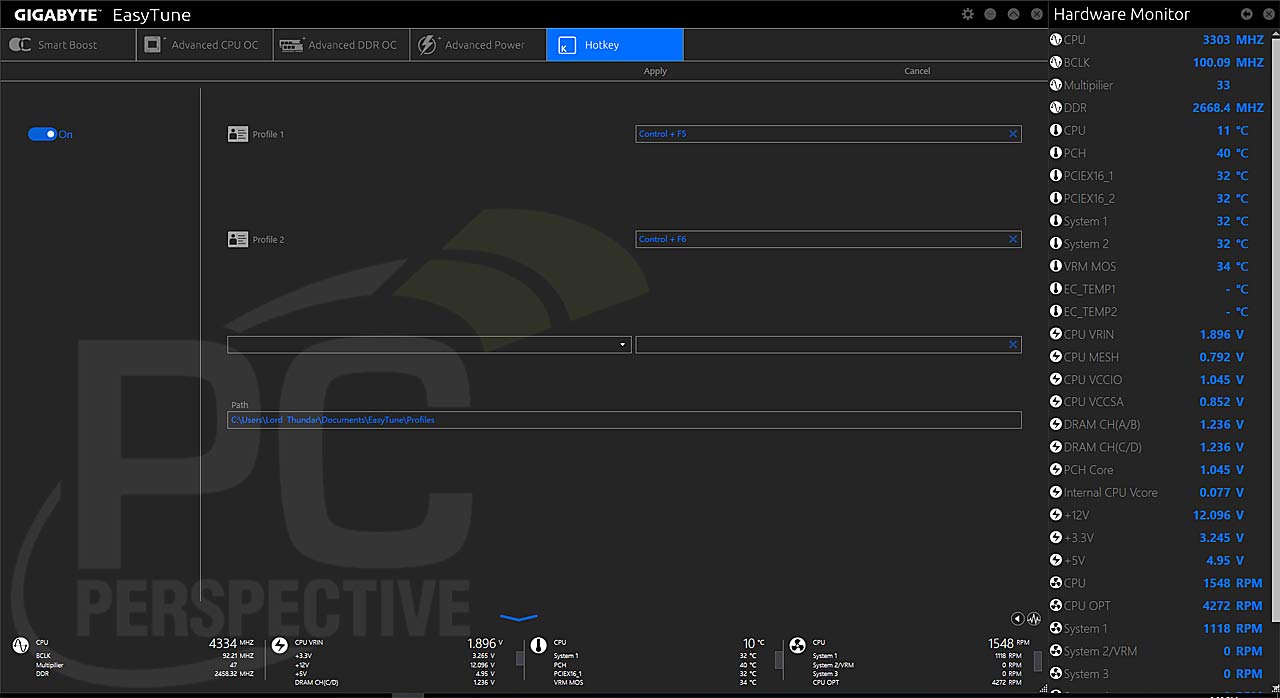 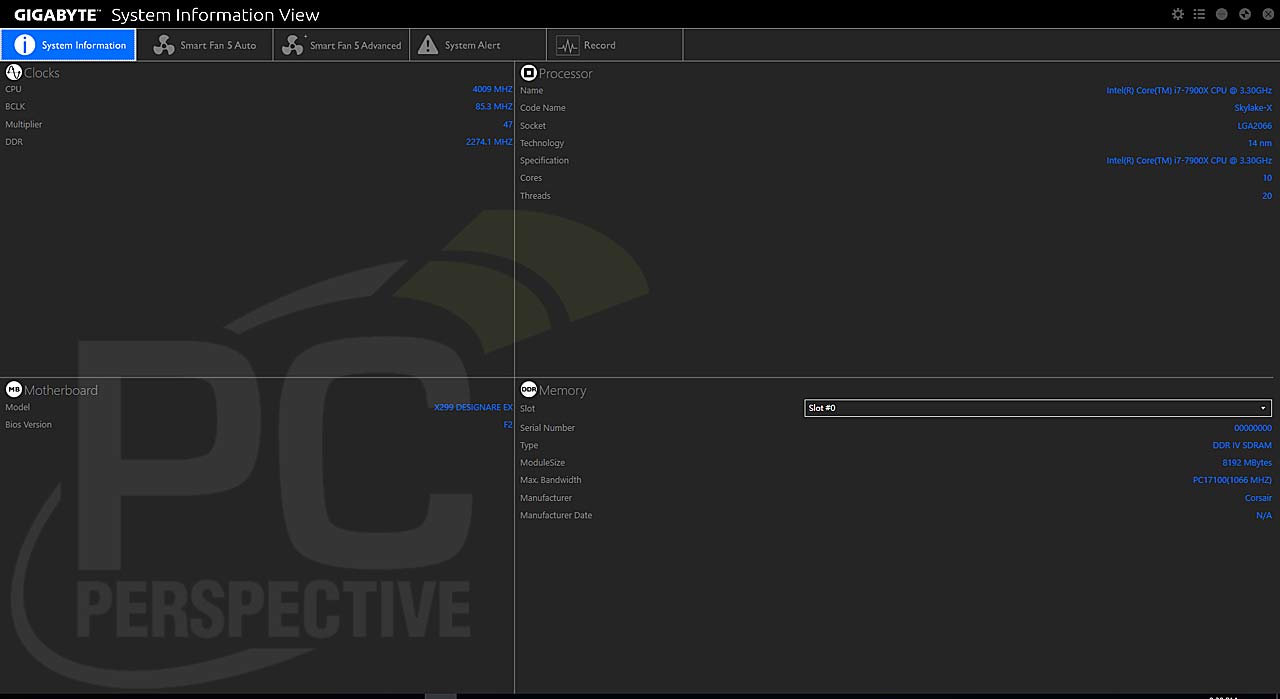 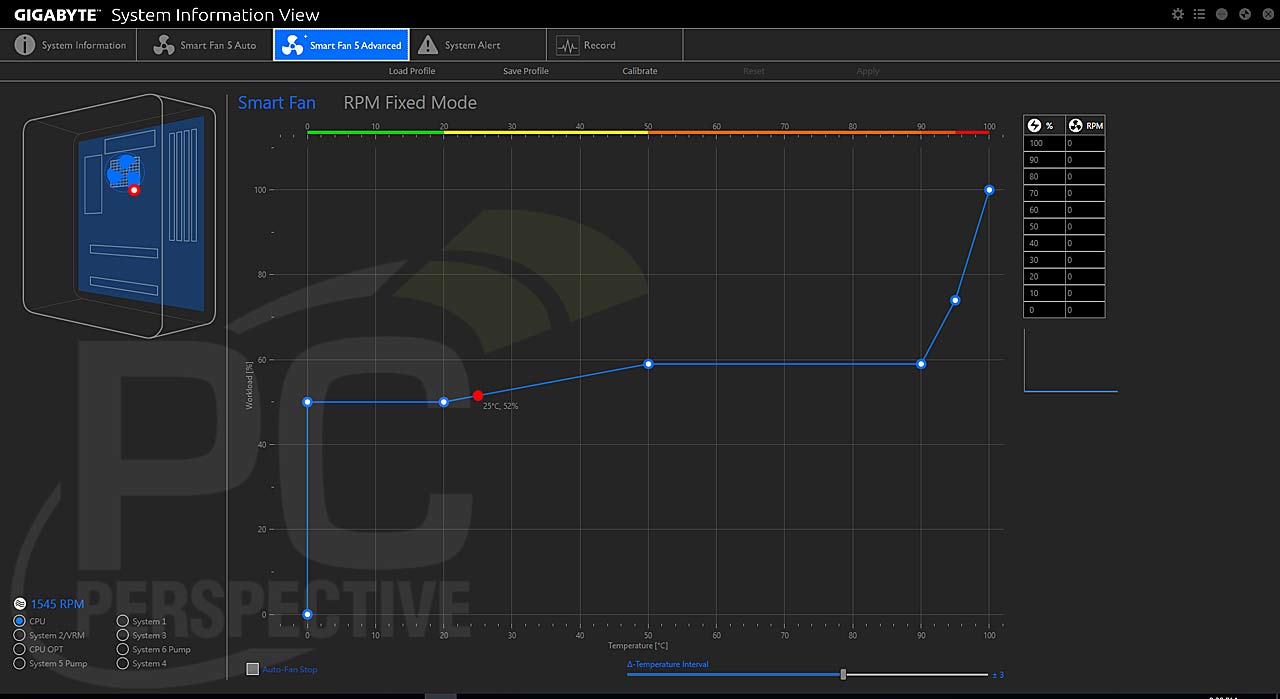 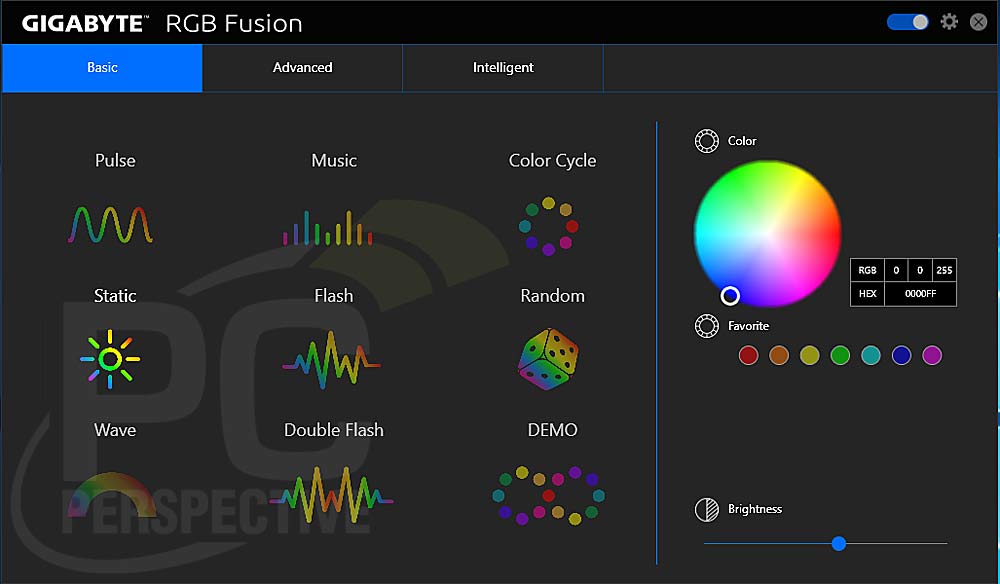 The RGB Fusion applet controls the active state of the RGB LEDs embedded in to the board as well as LED strips connected to the board's RGB LED 12V header. The controlled LEDs can be configured for any desired color using the color picker control and to operate in a variety of modes including pulse, music, color cycle, static, flash, random, wave, double flash, demo, and intelligent. With the applet operating in Advanced mode, the board LEDS can be configured independently of an LED strip connected to the 12V RGB LED header. Advanced mode supports a total of four operation modes including pulse, static, flash, and custom. Additionally, the user can configure up to three profiles. 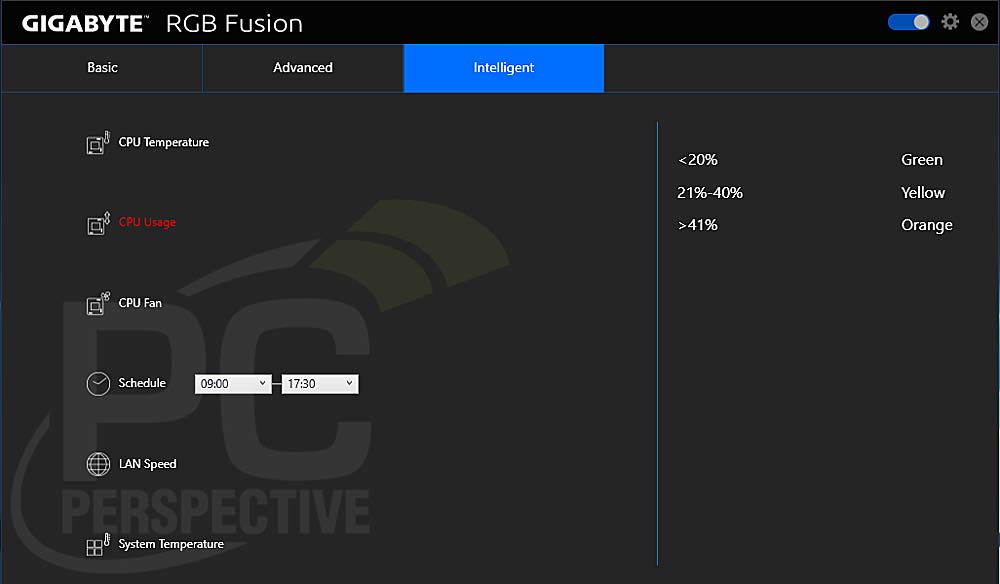 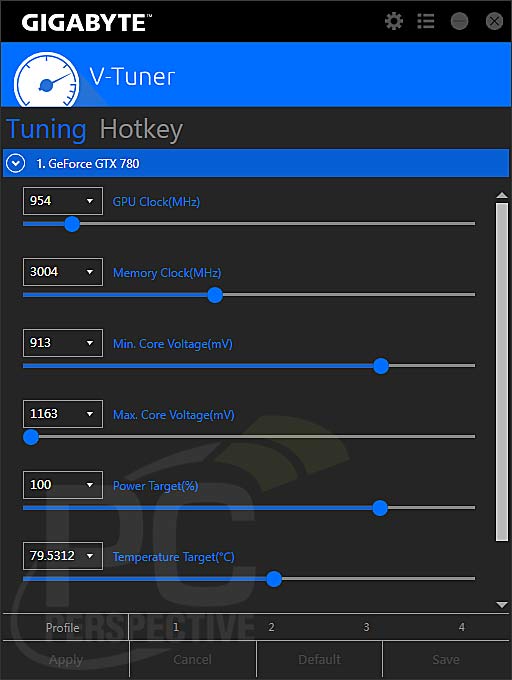 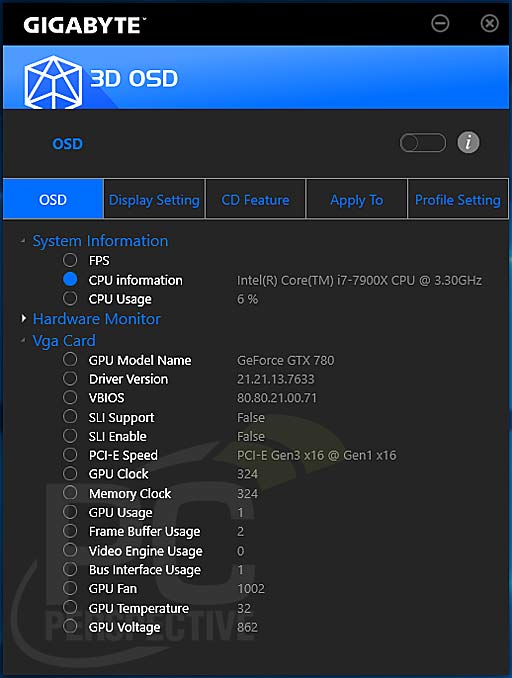 The AORUS 3D OSD applet provides an in-game interface for real-time viewing of system performance, including FPS, CPU speed, system temperature, etc. The interface can be customized to show in several color styles and screen locations, as well as customized as to what system data is shown tracking. The applet also provides hotkey functionality to quickly show and dismiss the overlay. 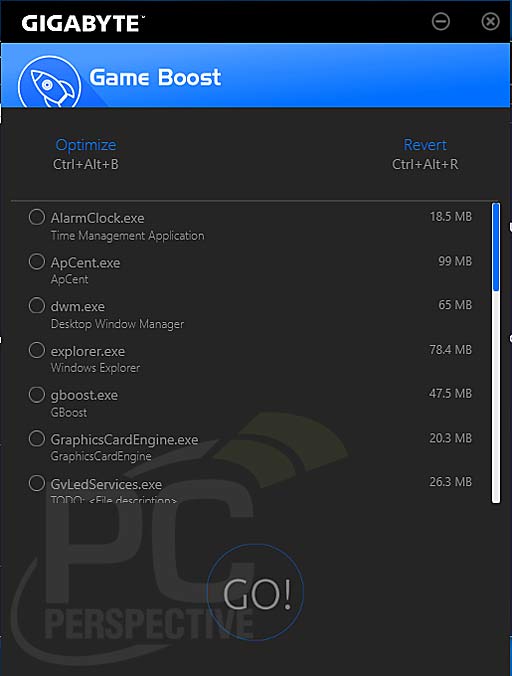 The AORUS Game Boost applet attempts to optimize system performance by terminating unecessary applications to free up memory and CPU cycles prior to starting a gaming session. The Revert function restores any shutdown processes when invoked. 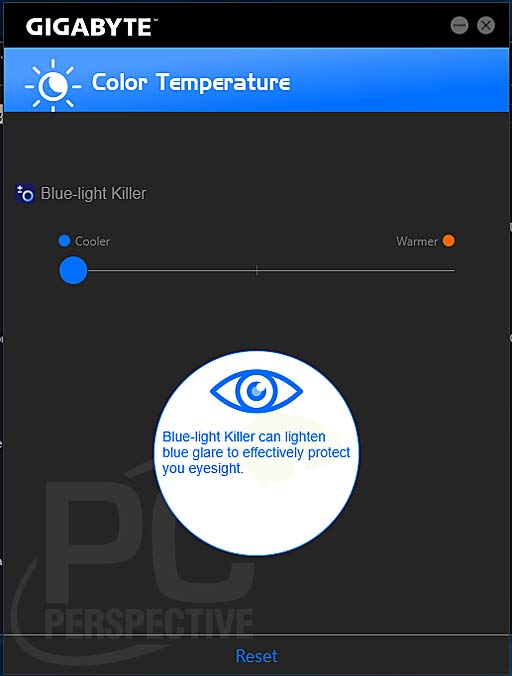 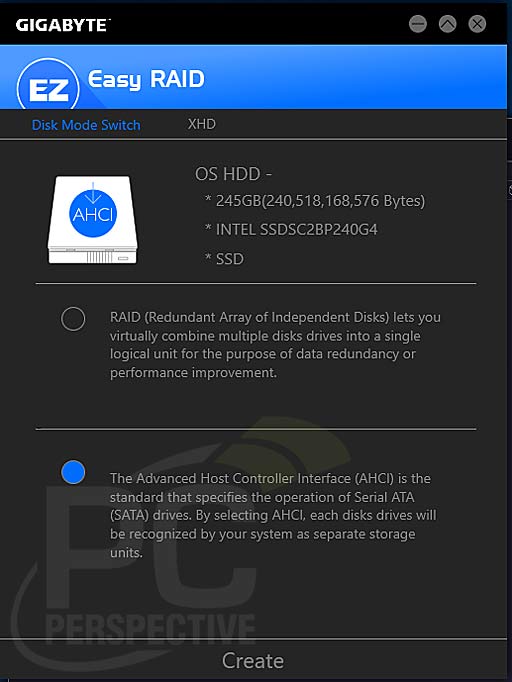 The GIGABYTE Easy RAID applet give user control the chipset RAID-related settings normally only accessible via the UEFI. The user can switch the chipset RAID mode between RAID and ACHI. 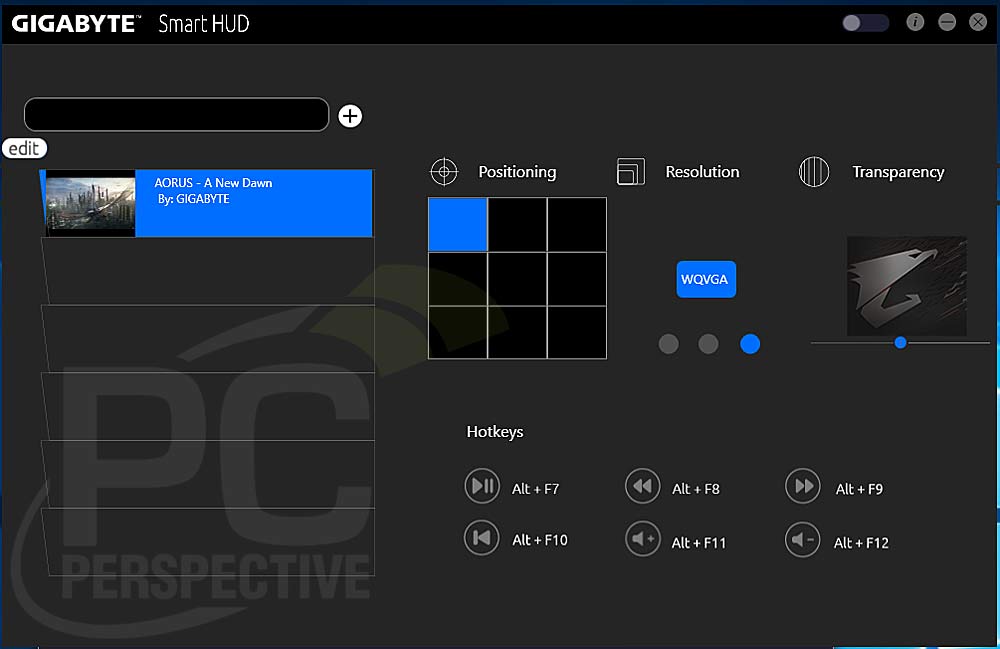 The GIGABYTE Smart HUD applet gives the user to in-game access to a video-viewer overlay. The user can control the video location, transparency, and resolution using the applet's controls. 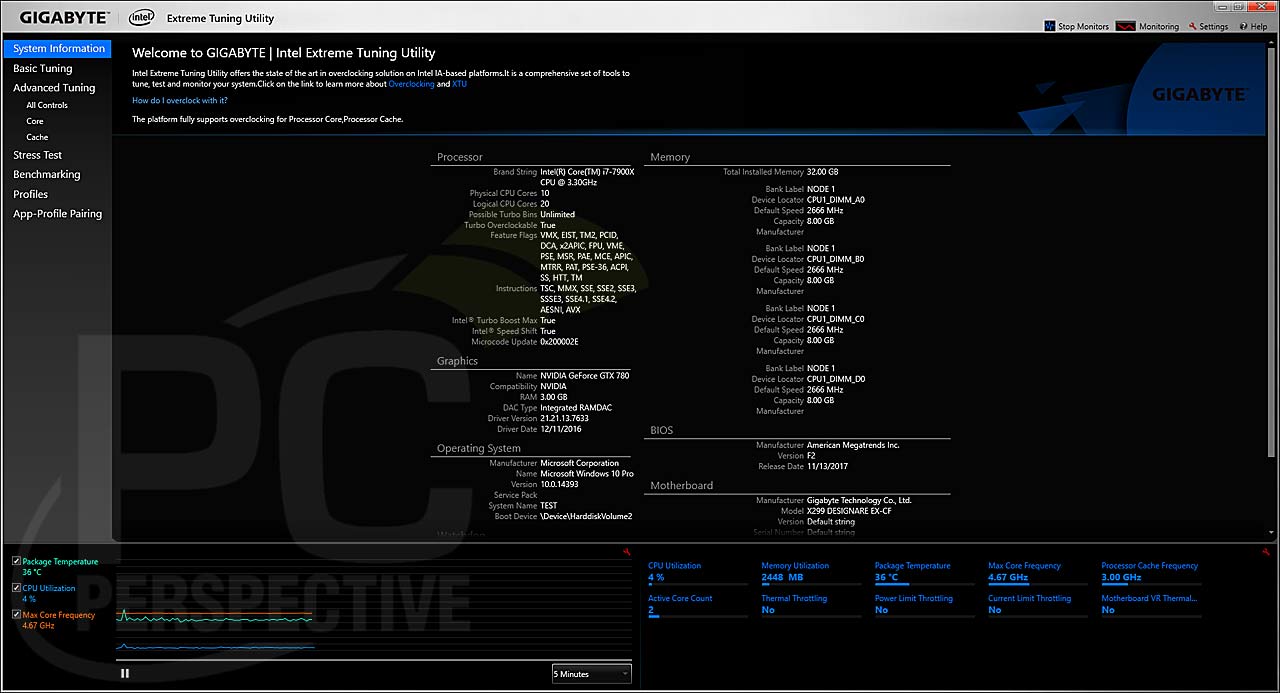 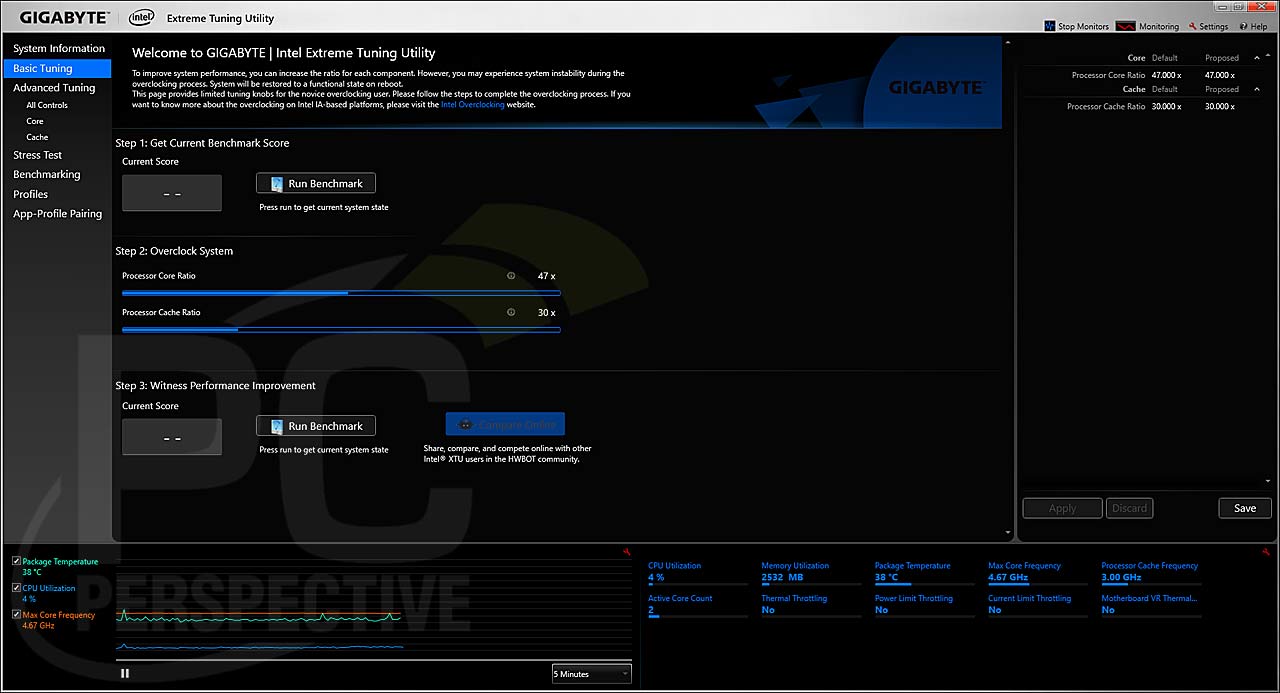 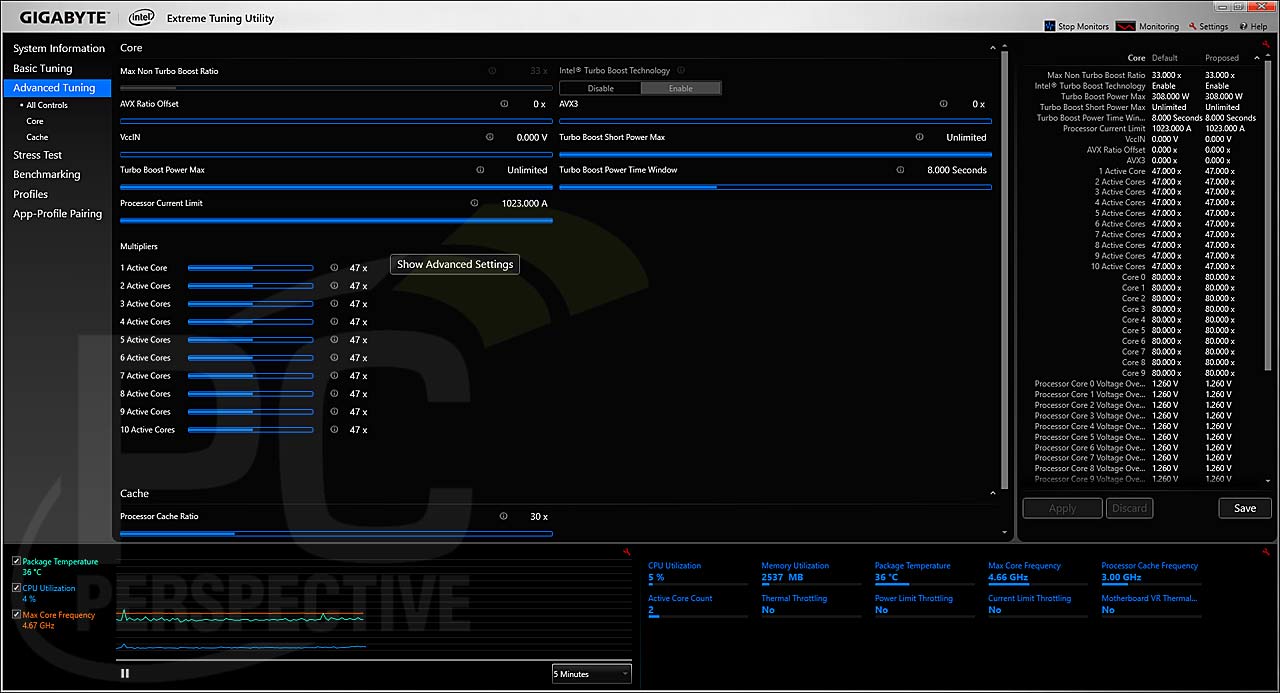 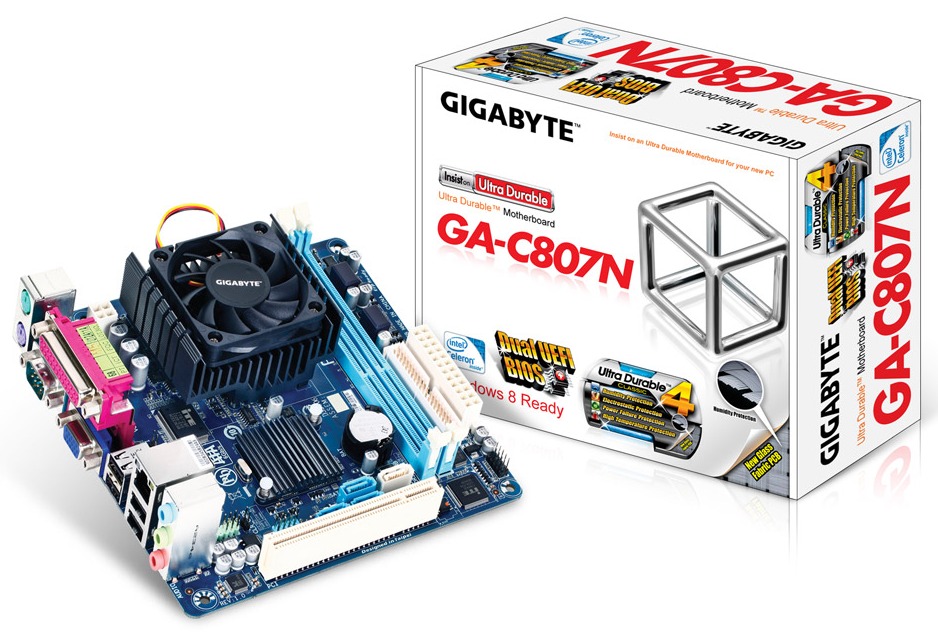