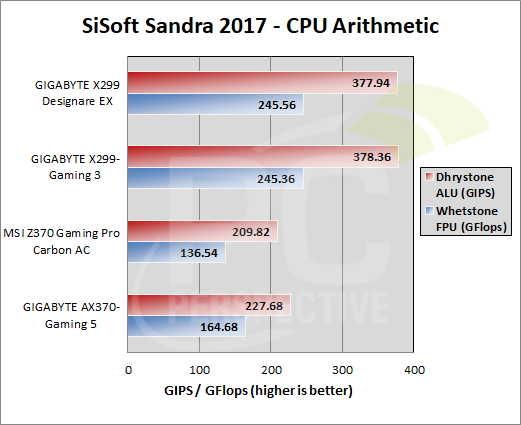 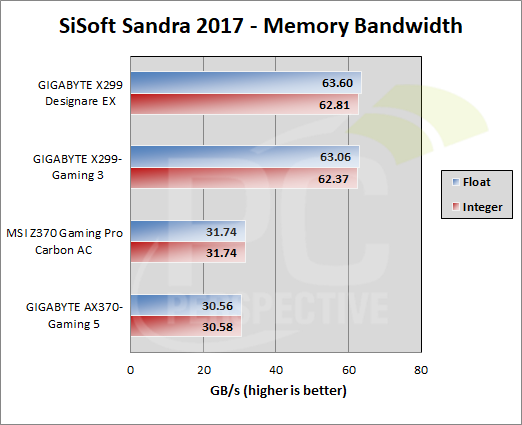 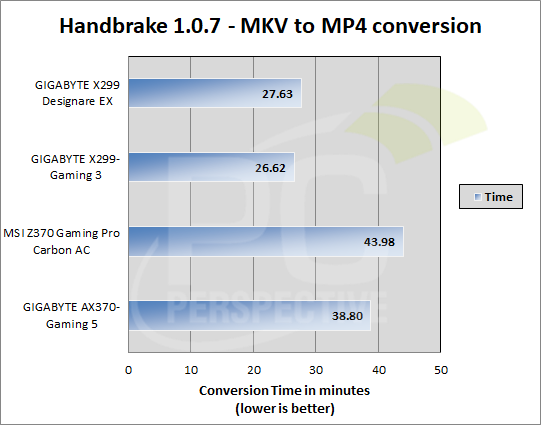 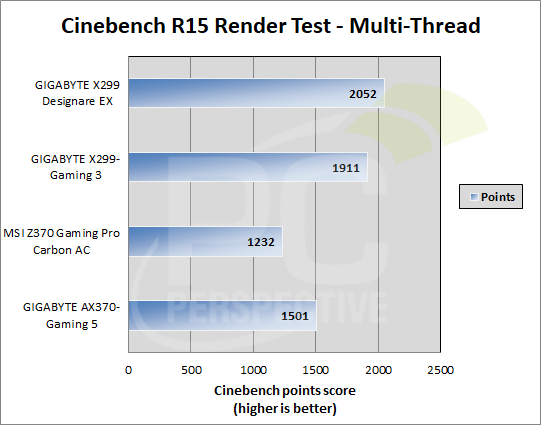 No surprises here, the X299 Designare EX continues to easily match performance with the other workstation-class Intel X299-based systems. 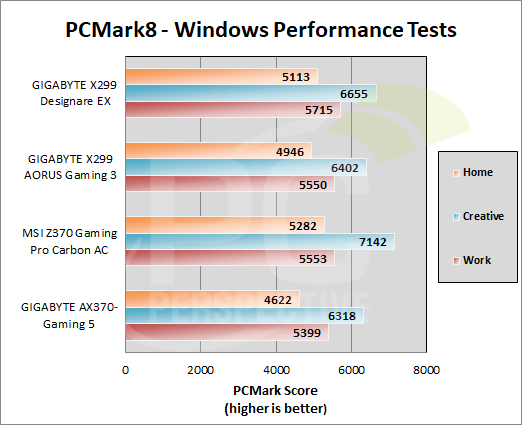 This benchmark remains a good test to illustrate board performance in real-world business-style applications. The X299 Designare EX closed out the benchmark tests on a high note with it again demonstrating its solid design compared with the other test systems. 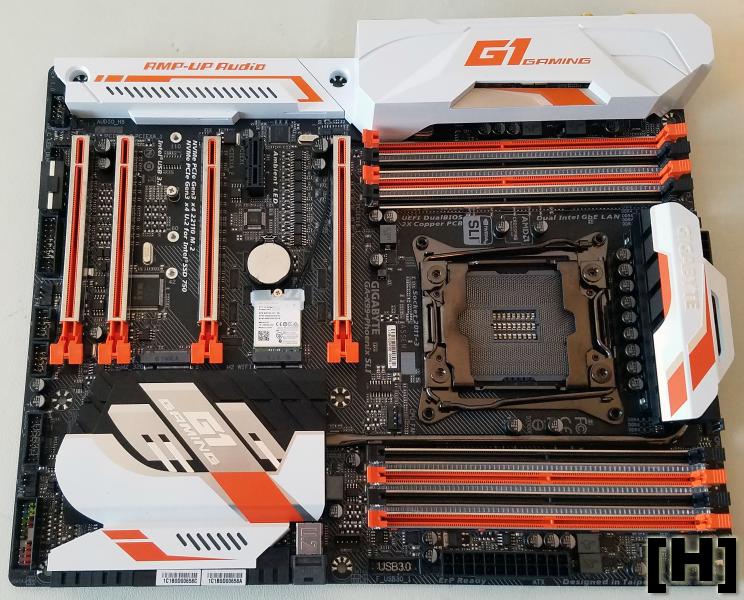