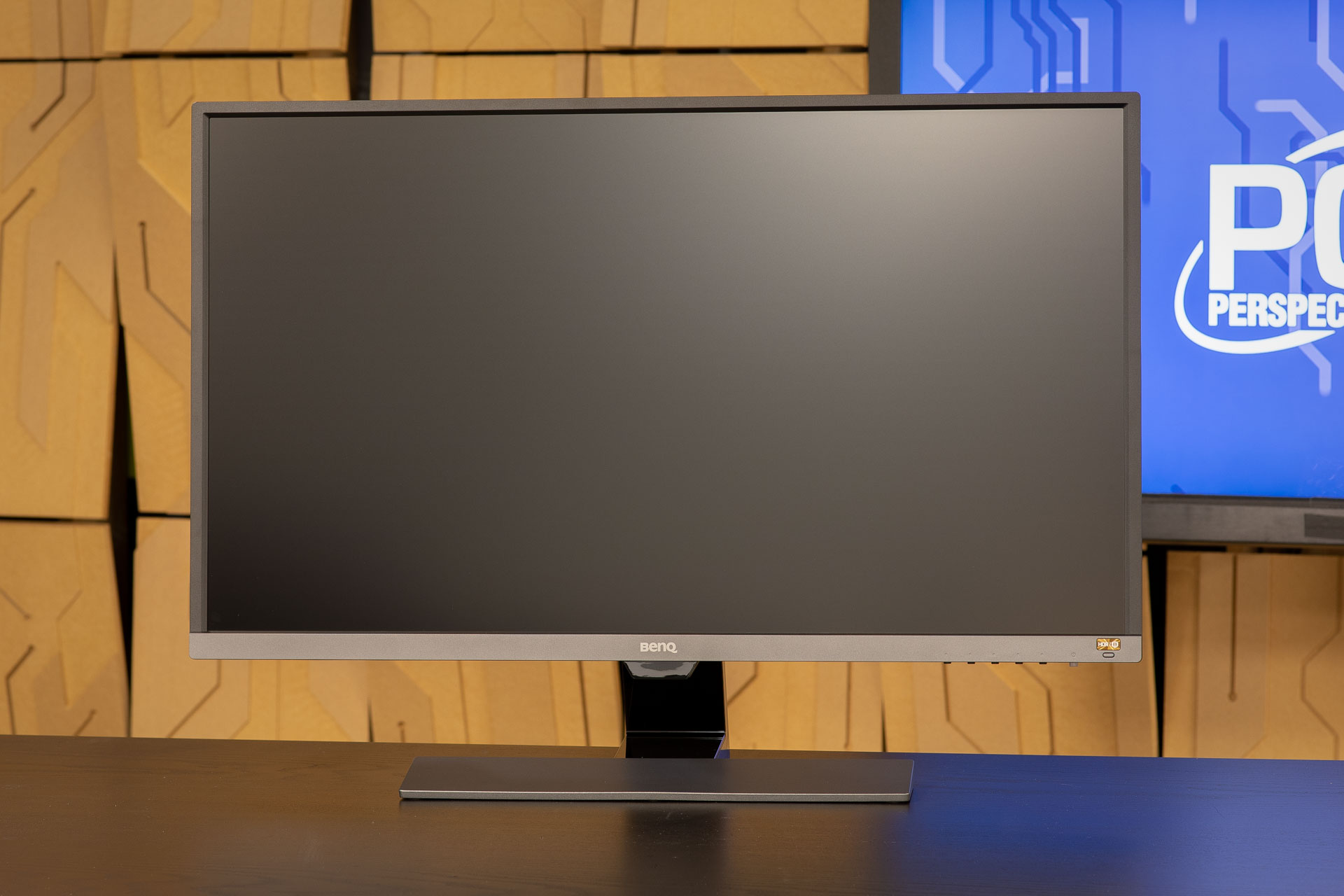 Colors so good, you won’t care that it’s not “real” HDR.

The HDR craze continues to heat up in the PC display market, and while some manufacturers are aiming at the high end of performance and price, BenQ is targeting a much more attainable price point with the recent launch of the EW3270U, a 32-inch 4K HDR display.

The EW3270U touts support for HDR, FreeSync, and both DCI-P3 (95 percent coverage) and sRGB (100 percent) but its relatively low price of $699 means that buyers can expect some compromises. We tested the EW3270U to find out if its performance and limitations were worth the price, and discovered a display with very good color accuracy that may be just what mid-range 4K buyers are looking for.

The EW3270U offers a very basic design with a matte plastic finish and wide shallow stand. The stand protrudes about 3 inches in front of the screen and takes up 15 inches of space horizontally. It's not the most attractive stand I've seen on a monitor, but those concerned about it can instead opt to use the display's 100mm x 100mm VESA mount points. 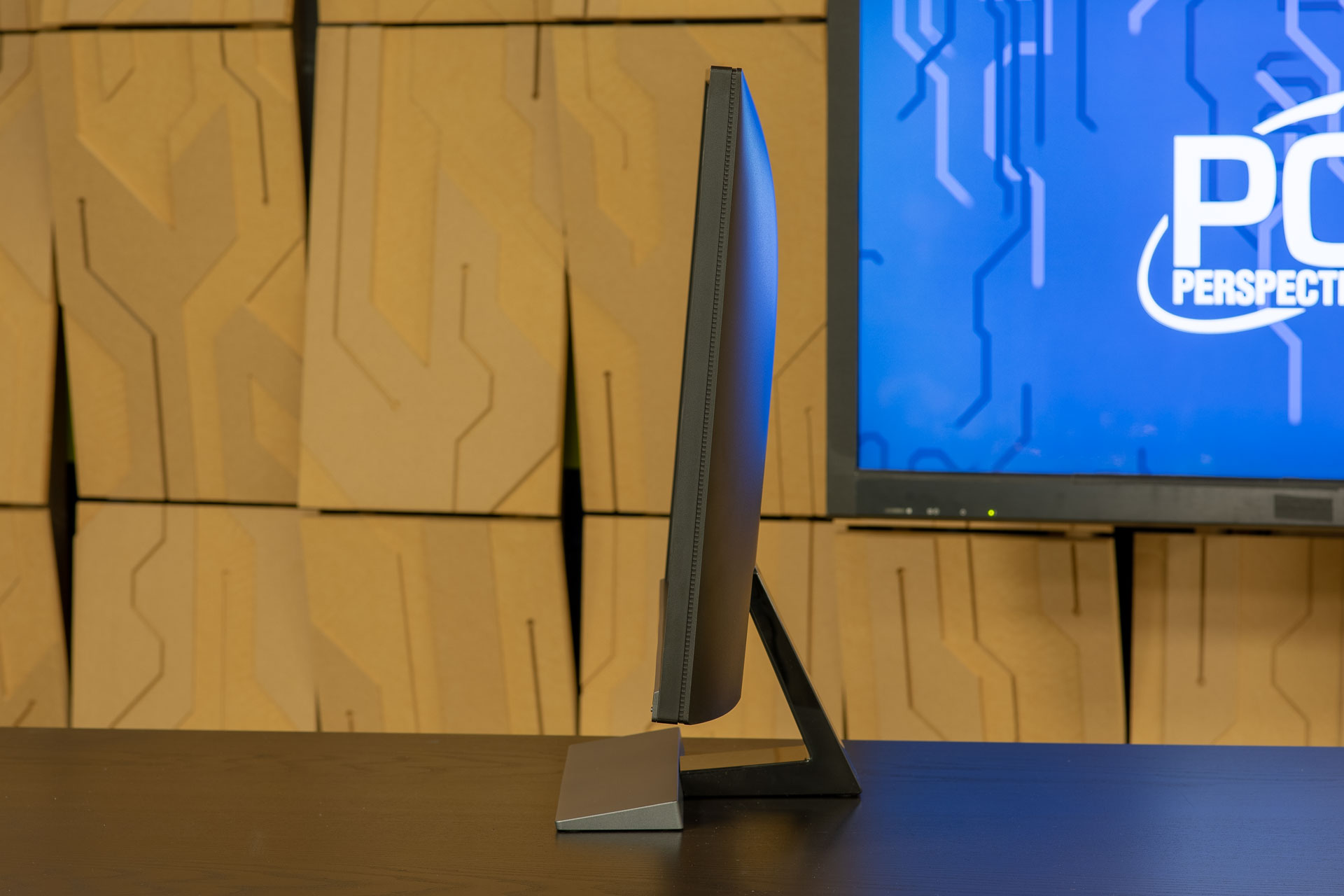 The front of the display is simple and straightforward, with a single front-facing button on the right side to control the monitor's HDR and "Brightness Intelligence" (B.I.) setting (an option available on a number of BenQ monitors that automatically adjusts brightness and color based on ambient lighting conditions), and a light sensor in the middle to accommodate the aforementioned B.I. option.

There are five physical buttons facing down to control the on-screen display menus, along with a sixth lighted button for power. Around back you'll find the 100 x 100mm VESA mounting points and a Kensington lock slot. There's no cover for the video inputs or wire management of any kind. 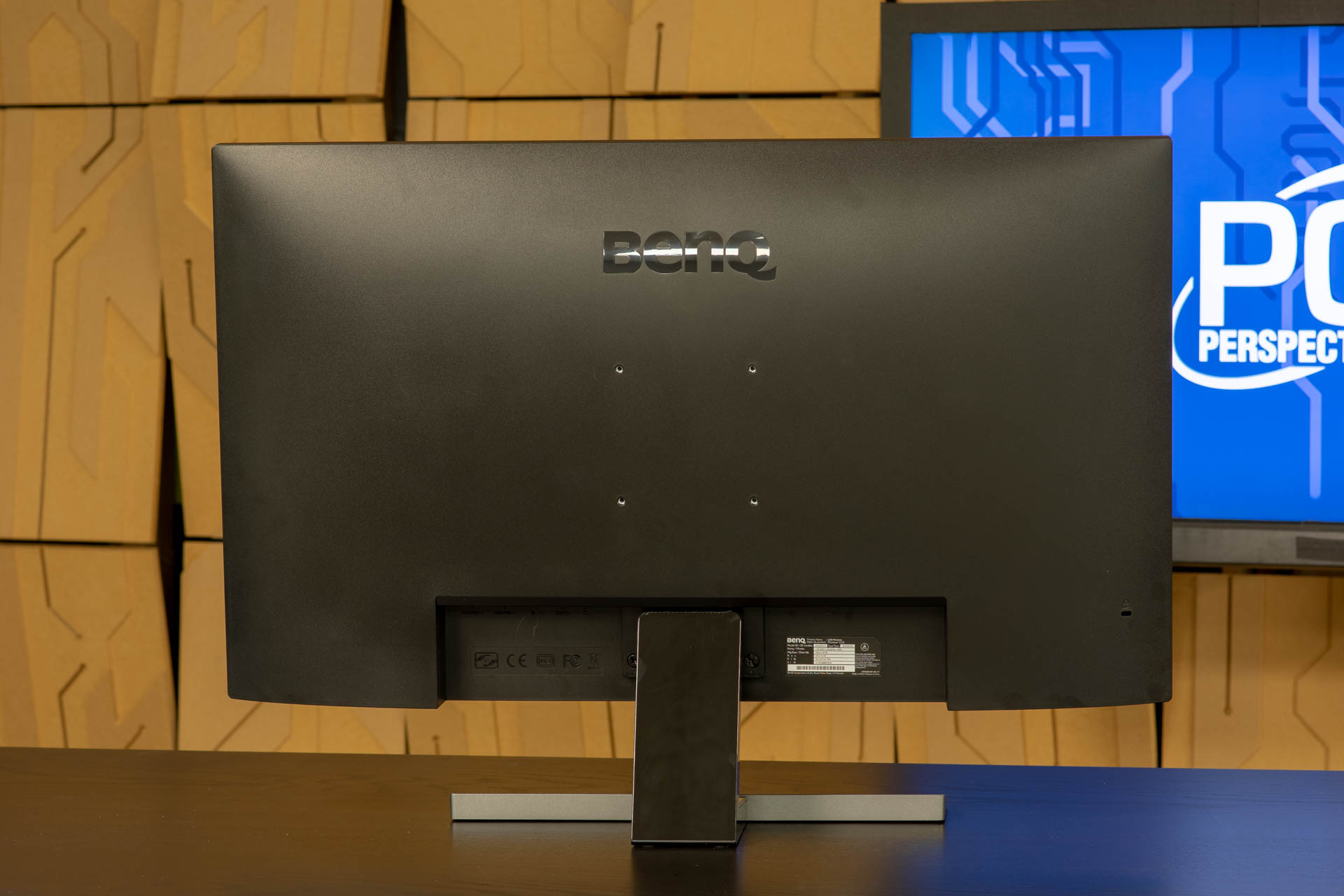 As we've seen in other recent displays, the HDR market for the PC is not as mature as its television-focused counterpart. Price and size constraints have led to a surge of displays hitting the market that tout HDR capabilities but fall short of the color and brightness capabilities consumers expect based on their experience with HDR TVs. 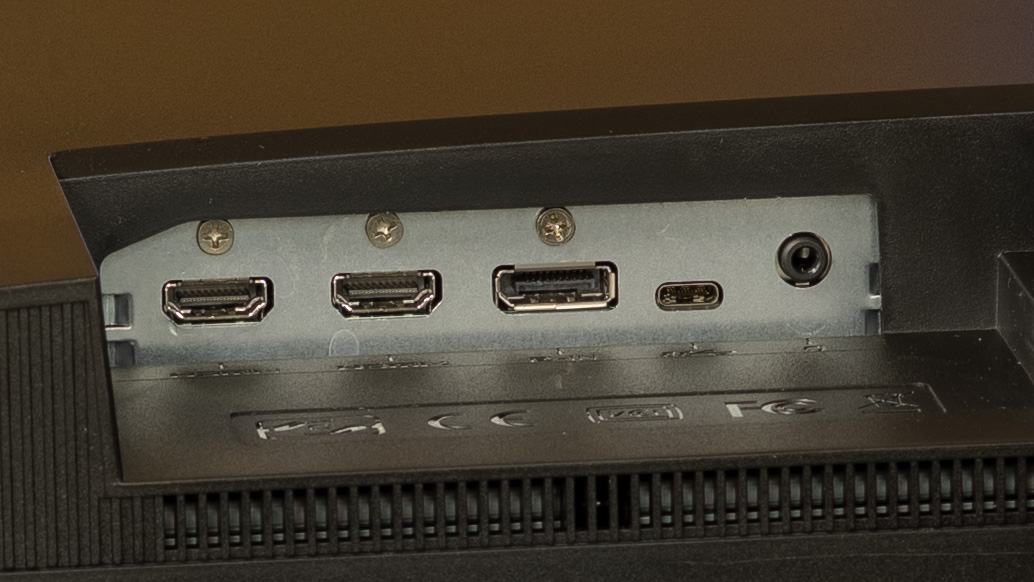 The BenQ EW3270U is no exception to this reality, featuring an advertised peak brightness of just 300 nits (which we measured to actually be shy of this at 279 nits). The display more than makes up for the lack of brightness with its color accuracy, however, which we'll discuss in more detail in the next section.

Overall, the BenQ EW3270U is a no-frills, minimalistic monitor that still offers very good performance for the price, but there are still some drawbacks to counterbalance the positives as we'll discuss bellow.

Out of the box, the "Standard" picture mode option on the EW3270U offers fairly accurate colors in the DCI-P3 color space, although the default white point needs some adjustment. Based on a CalMAN Studio analysis with our X-Rite i1Display Pro, the average deltaE is just 1.9 at 270 nits, a respectable result to start with. 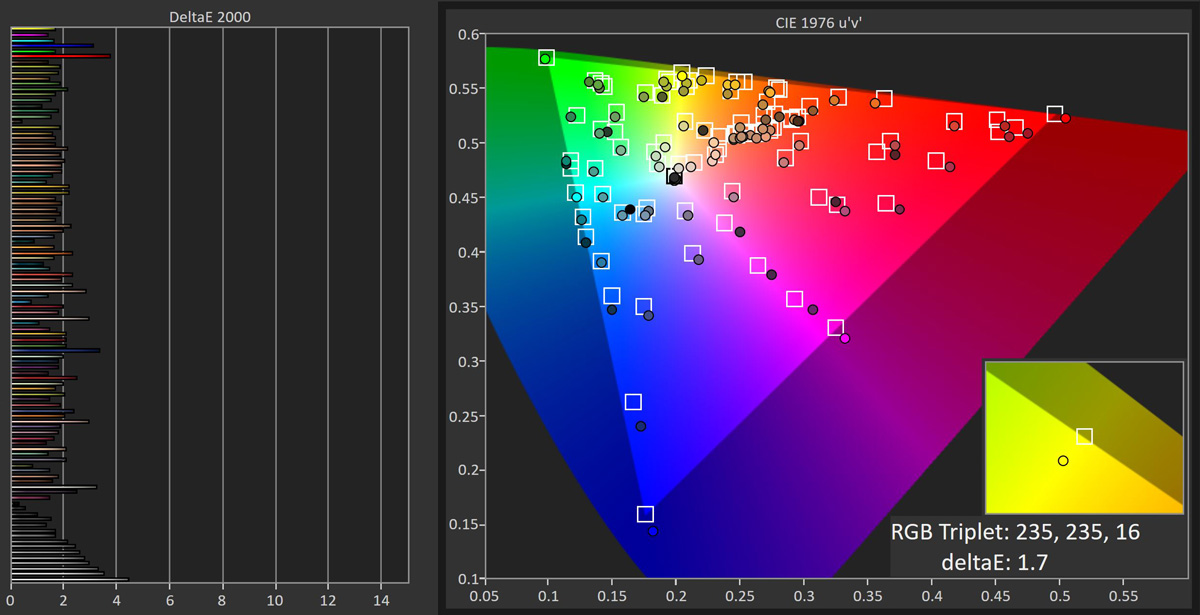 Calibration brings the standard mode DCI-P3 settings to an average deltaE of 0.6. 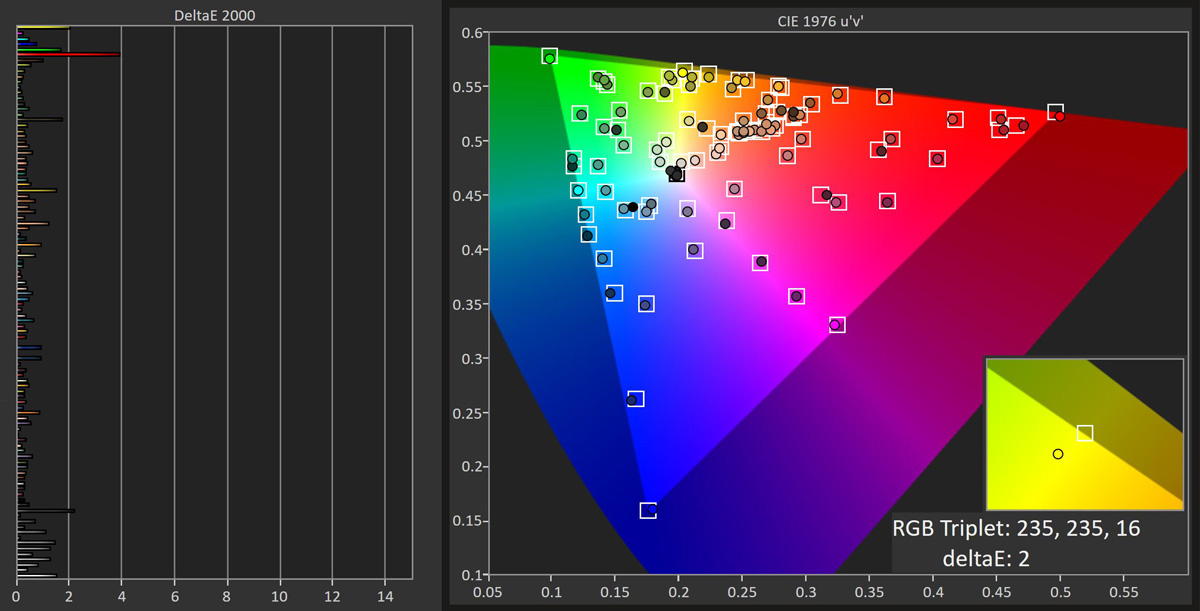 The EW3270U also has an sRGB mode for those who aren't working with DCI-P3. In that mode, the display's colors are still very good out of the box, with an average deltaE of 1.4. 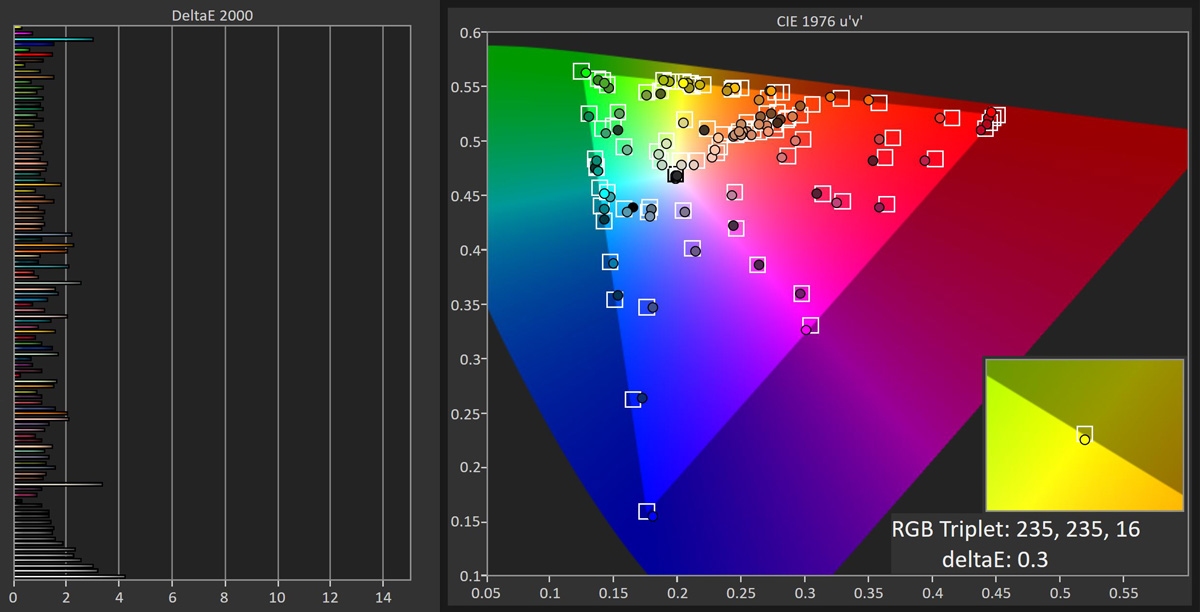 After calibrating, deltaE improves to 0.5. 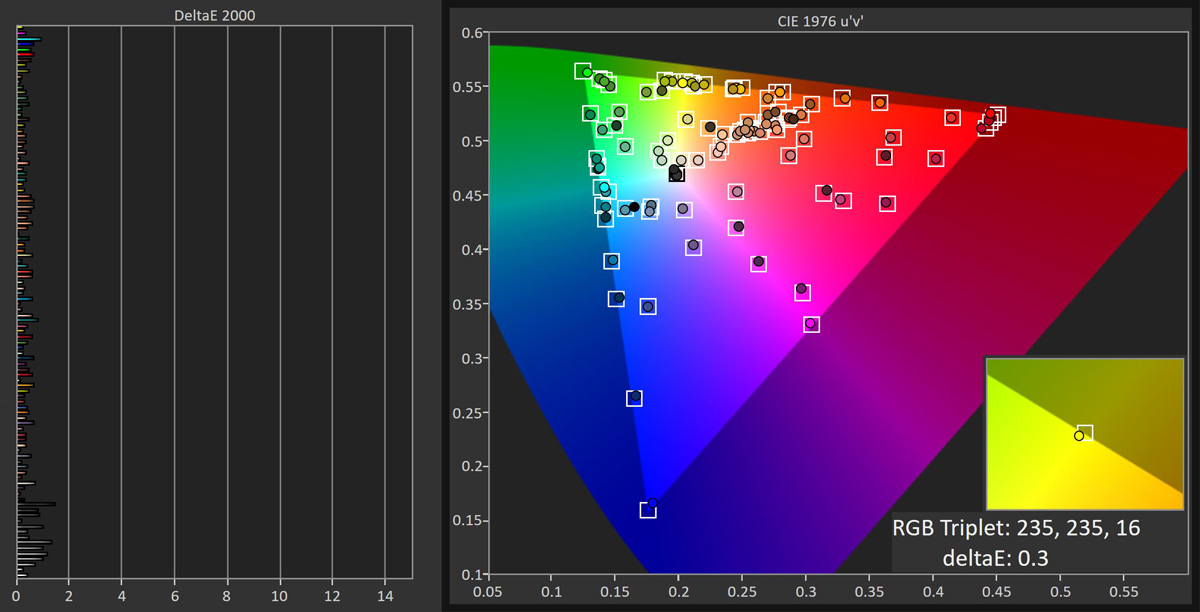 Keeping in mind that it doesn't have the advantage of local dimming, black levels on the EW3270U are also quite good, with a measured black luminance of 0.091 nits when calibrated to 270 nits white luminance.

Due to a limited max brightness of ~280 nits (measured), HDR content on the EW3270U doesn't always have the "wow" factor that you get on high-end televisions. The advertised and measured specs of the EW3270U show that it doesn't meet even the lowest certified HDR standard, so while the color range and perhaps even the brightness are better than what you may get on many standard range displays, you're not getting "true" HDR with the EW3270U. Indeed, BenQ simply lists "HDR Support" in the monitor's specifications without mentioning any of the VESA standard specs. The closest standard in sight of the EW3270U, due mostly to color gamut, is DisplayHDR 400.

But whatever you want to call this display's HDR capability, you have two options for enabling it. In Windows (tested on Windows 10 build 1803) and with HDR-compatible devices like the Xbox One, you can enable HDR on the PC/device itself and the monitor will detect the HDR signal and enable that mode automatically (in the latest versions of Windows 10, simply launching an HDR-compatible app such as an HDR video file or HDR game will also automatically trigger the HDR mode in both software and hardware).

For content or devices that aren't officially HDR, users have the option of enabling emulated HDR mode on the EW3270U by pressing the HDR button on the front of the display. This mode simulates a more aggressive "HDR-like" contrast, but we couldn't find a single example where emulated HDR looked better than the content's native SDR mode. This is a subjective view, of course, so it's nice that the option is easily accessible for users who want to experiment.

The color reproduction of the EW3270U is about as good as you can expect in its price range, but that $699 price tag starts to become apparent when considering other aspects of the display.

First, it offers an extremely basic stand, limited to vertical tilt between -5° and +15° with no options for horizontal swivel or rotation, and lacks any cable management options.

The EW3270U also disappoints in terms of I/O. The four video inputs are nice, but the USB-C input lacks the ability to charge connected laptops. There's also a complete absence of USB ports, making this display unsuitable for those with USB-C or Thunderbolt 3 laptops interested in a single-cable solution.

The display's design may also be a negative in the eyes of some users. The EW3270U features a matte recessed screen surrounded by relatively (compared to some of the more modern competitors at least) thick bezels. It's certainly not unattractive, but it lacks the more modern styling of some of its peers from companies like Dell and ASUS.

In terms of viewing angles, the EW3270U's VA panel falls short of the high viewing angles found in IPS panels. Color saturation and accuracy quickly suffers at even just 15 degrees off-center, so you'll want to make sure that your desk setup can accommodate positioning this display in a straight-on centered orientation.

Speakers: The EW3270U includes built-in stereo speakers that BenQ says are rated at 2 watts each. However, like most speakers integrated into displays, they are incredibly anemic and can't be recommended for anything but the most basic office use. Thankfully, there's also a 3.5mm output that will pass the audio from the HDMI, USB-C, and DisplayPort inputs to a pair of headphones or dedicated speakers.

It was difficult to measure this effect, as the results between two conditions (e.g., lights on and then off in a room, sunlight on the monitor and not) never produced exactly the same result. In general, however, the feature reduces the backlight brightness, reduces contrast, and lowers color temperature as the ambient light darkens. This can help with eye strain and make working long hours in front of the display a bit more comfortable.

Related to Brightness Intelligence is a separate "low blue light feature" available in any mode that reduces blue color temperatures for easier viewing at night (similar to the Night Shift and Night Light options found in macOS and Windows 10).

FreeSync: Gamers with AMD GPUs will be able to enjoy smooth gaming between 24 and 60Hz thanks to the inclusion of FreeSync support. Due to that 60Hz refresh rate limit, however, this probably isn't the best choice for a gaming-first system.

In addition to the EW3270U, BenQ has also launched a smaller 28-inch sister model, the EL2870U. At an MSRP of $499, this smaller option shares the same basic design of the EW3270U but has a few key disadvantages.

First, it has significantly reduced color coverage, with advertised specs of just 72 percent of NTSC, which works out to about 90 percent sRGB and 69 percent DCI-P3. It also drops the VA panel in favor of TN which, while improving response time, significantly impacts viewing angles. You also lose the USB-C input.

Therefore, despite its lower price, its hard to recommend the EL2870U when compared to the EW3270U. Only those with setups that simply cannot physically accommodate the larger and better performing display should consider it.

At an MSRP of $699, the BenQ EW3270U isn't cheap, but its certainly among the most affordable "HDR" monitors available in this size. We use quotation marks around HDR for good reason, as the display lacks the brightness that most users think of when considering HDR devices. But, on the other hand, you'd need to spend nearly three times as much to achieve that true DisplayHDR 1000 standard today, and that's simply an unrealistic prospect for most users interested in getting started with HDR.

So, if you're willing to accept lower brightness and overall contrast, you can end up with a massive 32-inch display that offers beautiful color reproduction and at least a taste of the HDR revolution. It's not a great choice for laptop users due to the lack of USB ports and charging, but it's a compelling option for desktop users especially considering the price in this product category.

The BenQ EW3270U is available now with an MSRP of $699 directly from BenQ and from third party retailers like B&H and Amazon. 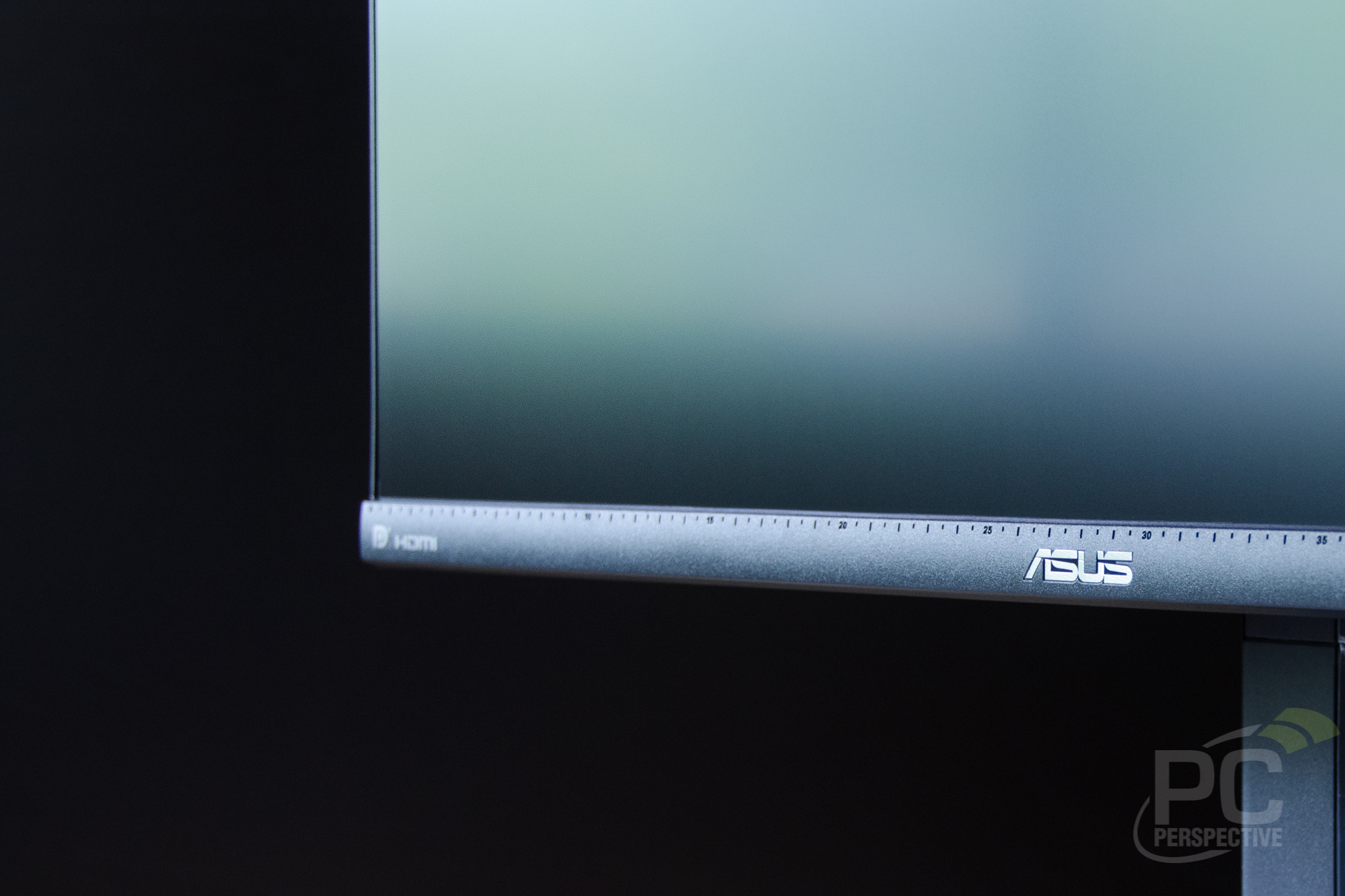 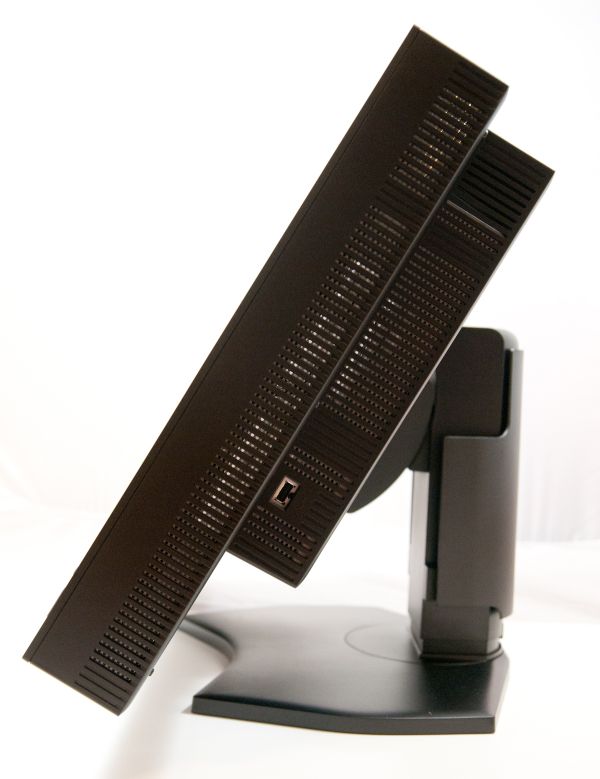