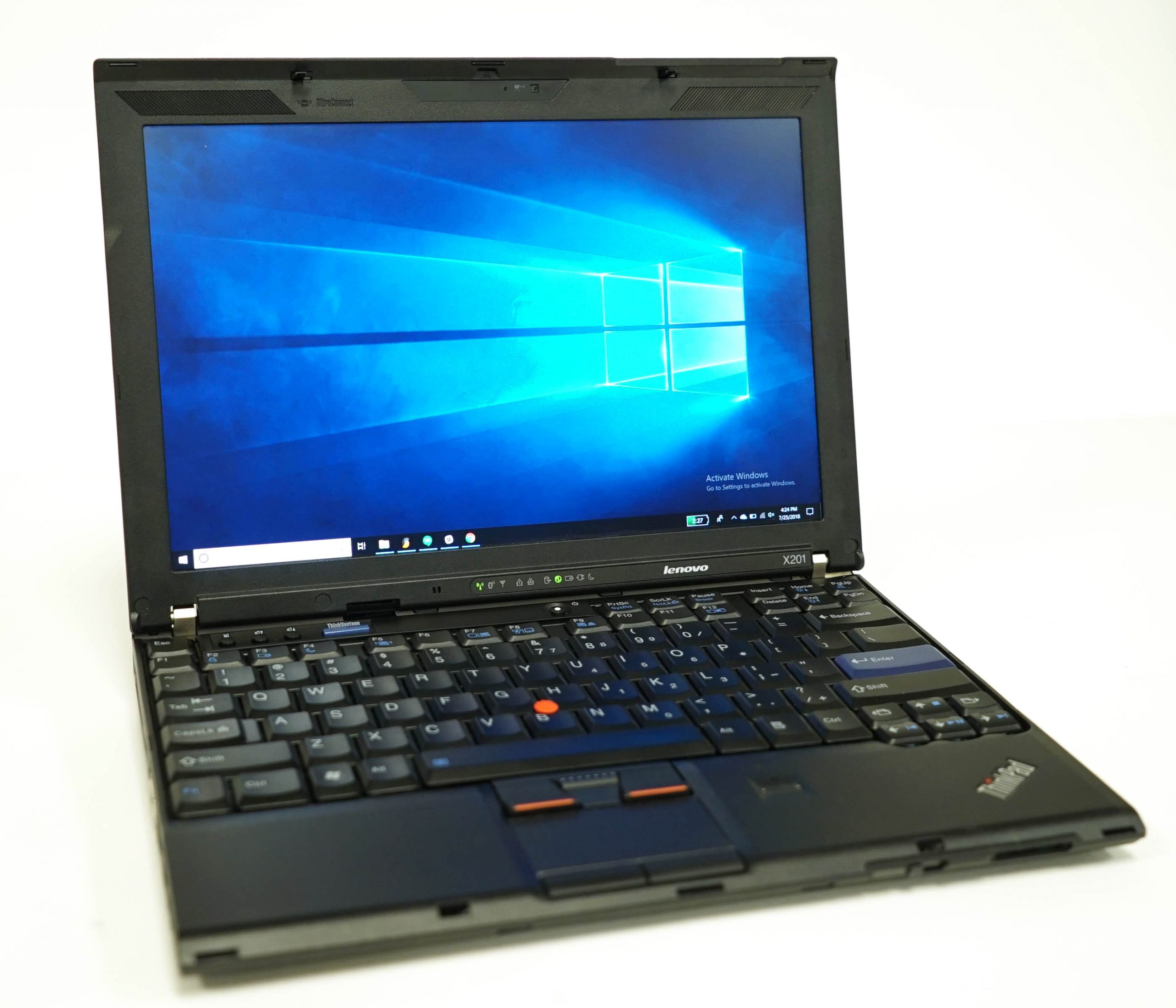 As mentioned earlier, the X210 is based around an 8th generation Intel Core i5-8250U CPU. Note, that engineering sample CPUs are being used in these machines, likely because they are easier to get their hands on than official CPUs. As far as I’ve found, these processors function identically to the retail parts However, the legitimacy of these parts is questionable at best, since Engineering Samples are still property of Intel and not legally able to be sold.

As far as the other specifications go, it’s mostly a Bring-Your-Own components sort of affair. Storage options are available in both SATA and PCIe variants through the 2.5” drive bay, and the M.2 slot on the motherboard. In my case, I opted for a 512GB Samsung 960 EVO. Additionally, I installed the maximum 32GB of G.SKILL DDR4-2666 memory. 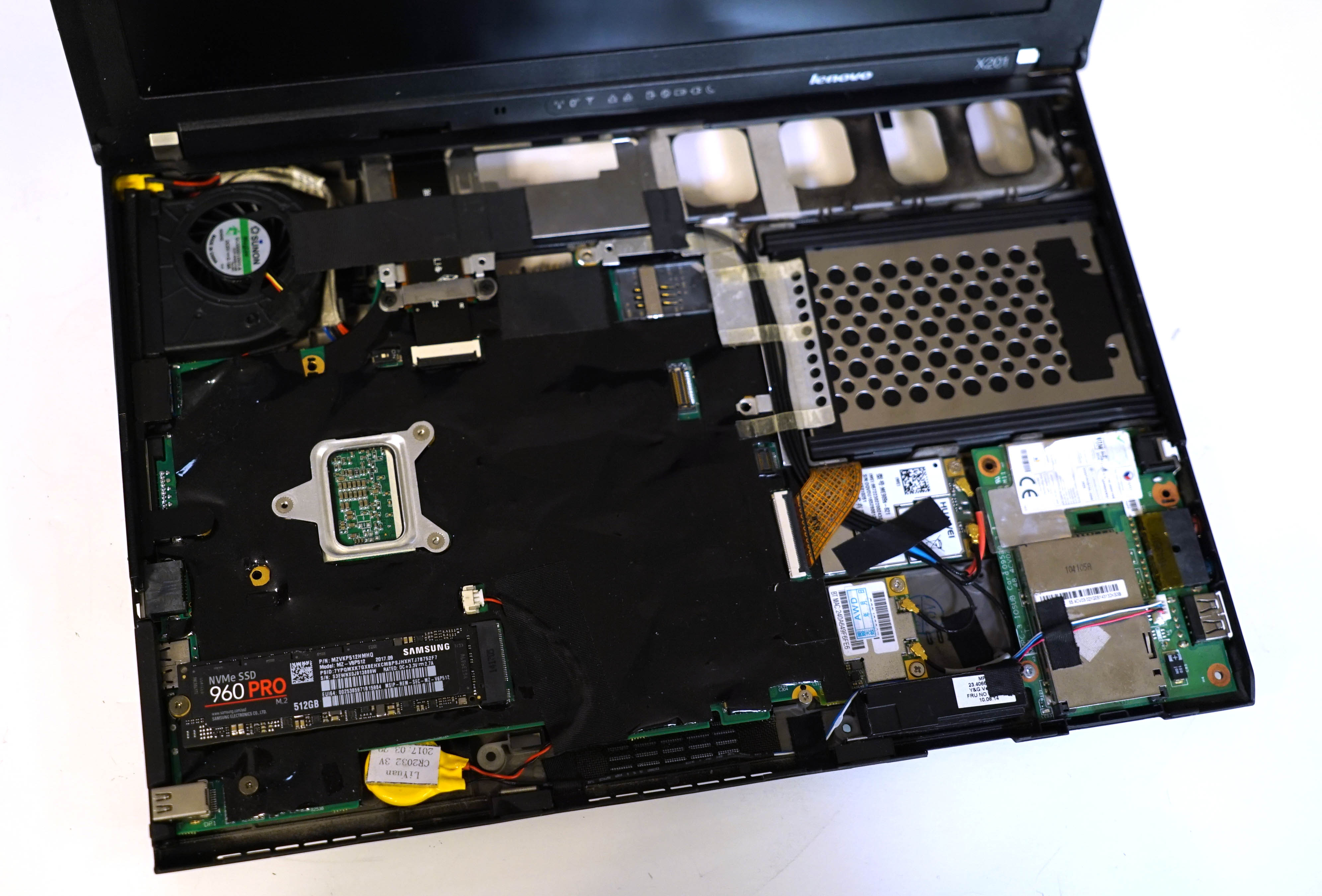 As far as power options went, I opted for a third-party 9-cell battery from Amazon. While I would have preferred an original Lenovo battery, they are increasingly difficult to find for the X200/X201 notebooks, and this will only get more difficult. Luckily, the third party battery market seems to still be strong for these models.

The keen-eyed will notice that the motherboard has a SIM card slot on it, and LCDfans was nice enough to equip my X210 with an optional LTE radio in the form of a Huawei ME909s-821. While LTE radios in notebooks isn’t a radically new thing, it’s still a relatively rare option to have, and surprising it’s in a machine like this.

The port situation on the X210 is... odd at best. Since the designers are working around a legacy chassis built for the devices of a different era, there are some interesting compromises.

In addition to the legacy ThinkPad charger connector and a VGA port, you’ll find a dial-up modem, as well as three USB-A ports (at USB 3.0 speeds). Also, the Mini DisplayPort connector has been retrofitted into what was previously the ExpressCard slot.

The port situation represents my first major fault with the X210. I would have really loved to see at least one USB-C connector capable of charging and video output on this device, ideally Thunderbolt 3 (although it would probably be difficult for these individuals to get their hands on a supply of Thunderbolt 3 controllers.)

While the ThinkPad barrel chargers work fine and can be found cheaply, it would be very nice to be able to use commodity USB-C chargers here. A USB-C connector in the place of the Mini DisplayPort would also help alleviate the potential future compatibility issue with devices without losing any core functionality.

Beyond the ports, the big focus on this device is the input devices. 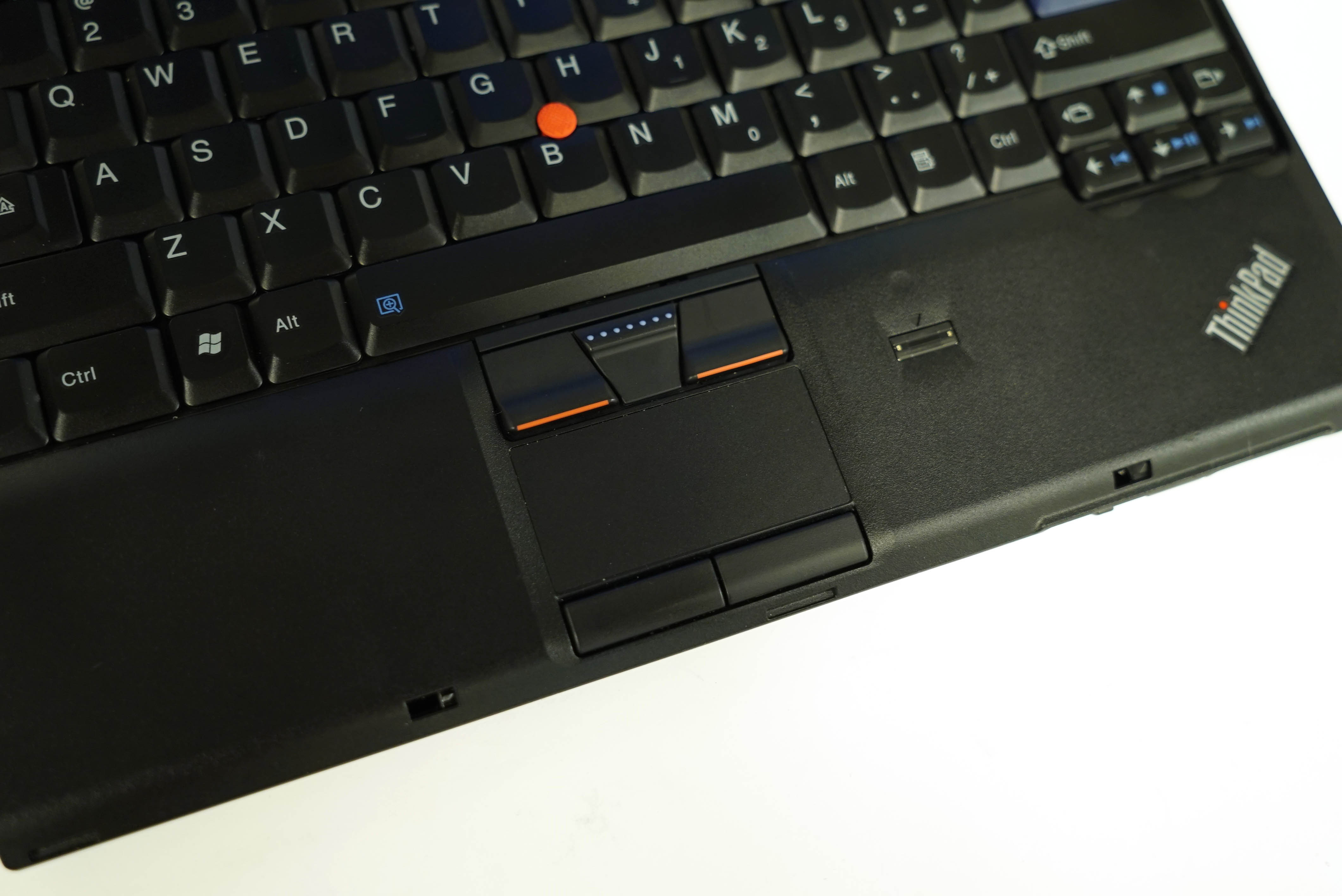 The trackpad seems tiny compared to modern laptops and remains a bit difficult to use at times. Since it’s the original part, it doesn’t feature any modern updates like two-finger scrolling, which I’ve grown to miss. However, the iconic TrackPoint device remains in the center of the keyboard, with it’s dedicated mouse and scroll buttons, which is ultimately what I used as a replacement for two-finger scrolling.

While the trackpad might feel like a relic of its time, the keyboard on the X210 is the saving grace. 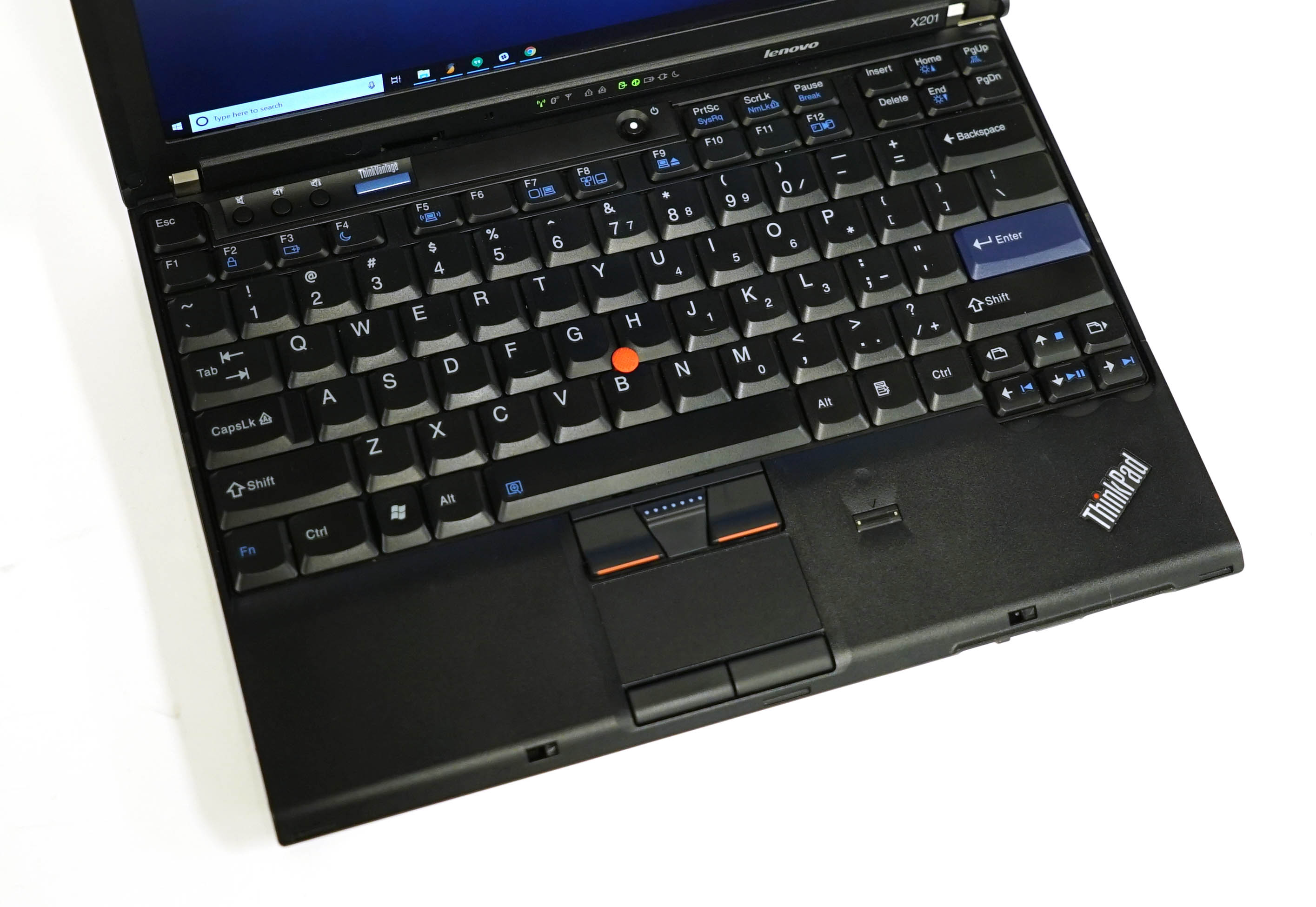 The classic 7-row ThinkPad keyboard remains exalted among ThinkPad fans and purest, it’s difficult to remember just how great of a design it was. My personal point of revelation was using the ThinkPad 25th anniversary edition at an event last year. While that specific notebook had some understandable compromise that I wasn’t a fan of, but were necessary to make it a more sellable device in the modern era, the keyboard left an impression on me.

Using this iconic keyboard remains as great as ever, with the right marriage of key travel, tactility, and noise. The only thing is a bummer in the modern era is the lack of a backlight for the keys. As it turns out, moving from the ThinkLight at the top of the machine shinning down on the keyboard to fully backlight keyboard designs represented a major step forward in ThinkPad notebooks. 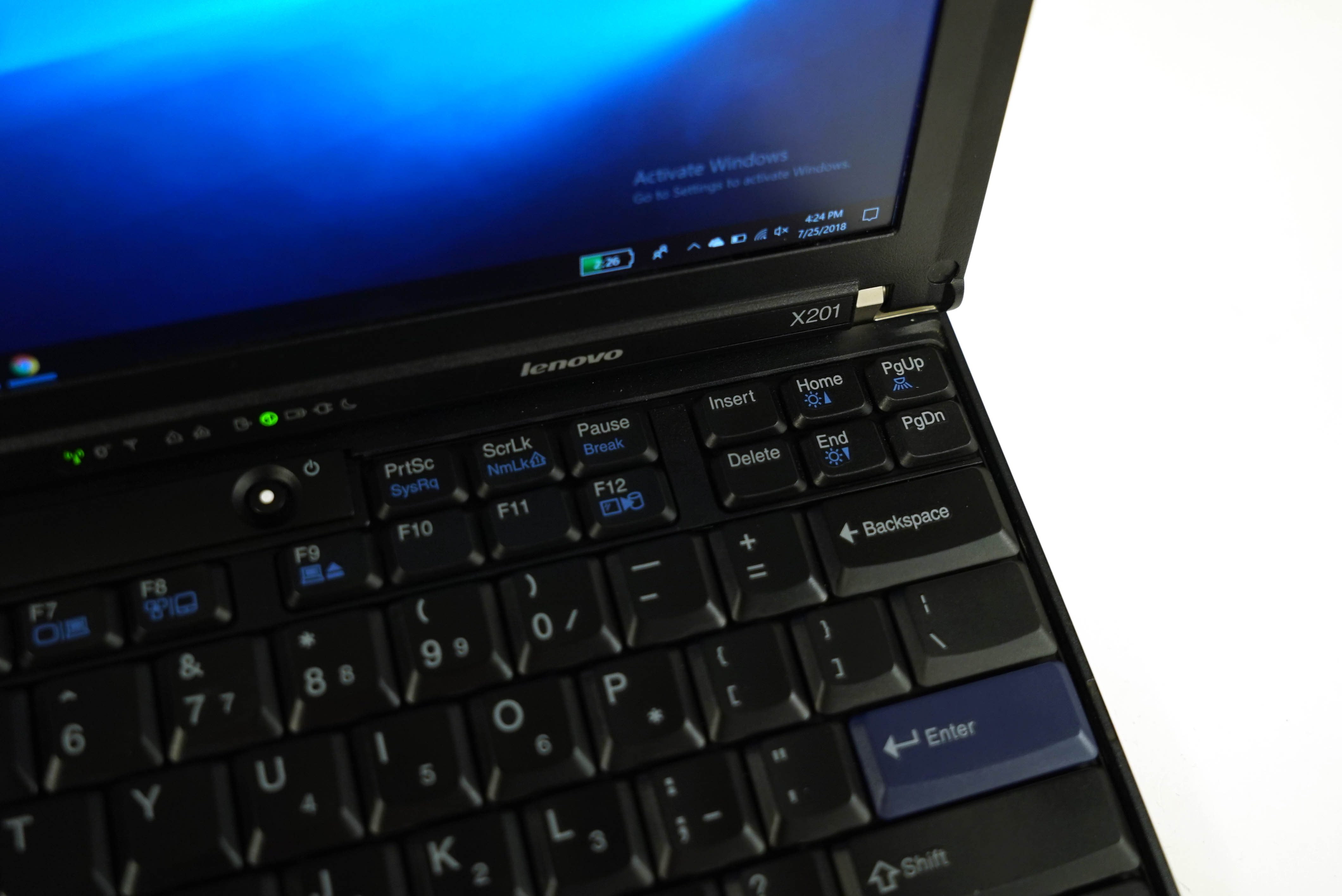 All of the various alternative functions and dedicated keys for things like screen brightness, speaker control, and the ThinkLight worked directly out of the box with Windows 10, which was quite surprising to me.

It’s incredible how much utility this keyboard provides compared to modern notebooks, with things like dedicated page up/down/back/forward buttons, home/end keys, as well as a standalone print screen button.

Another great anachronism of the ThinkPad X210 is the 16:10 aspect ratio display. In a world where notebooks are mostly 16:9 (except for some newer machines moving to 3:2), 16:10 remains a good compromise of the extra vertical real estate for productivity, while still being acceptable for video playback. 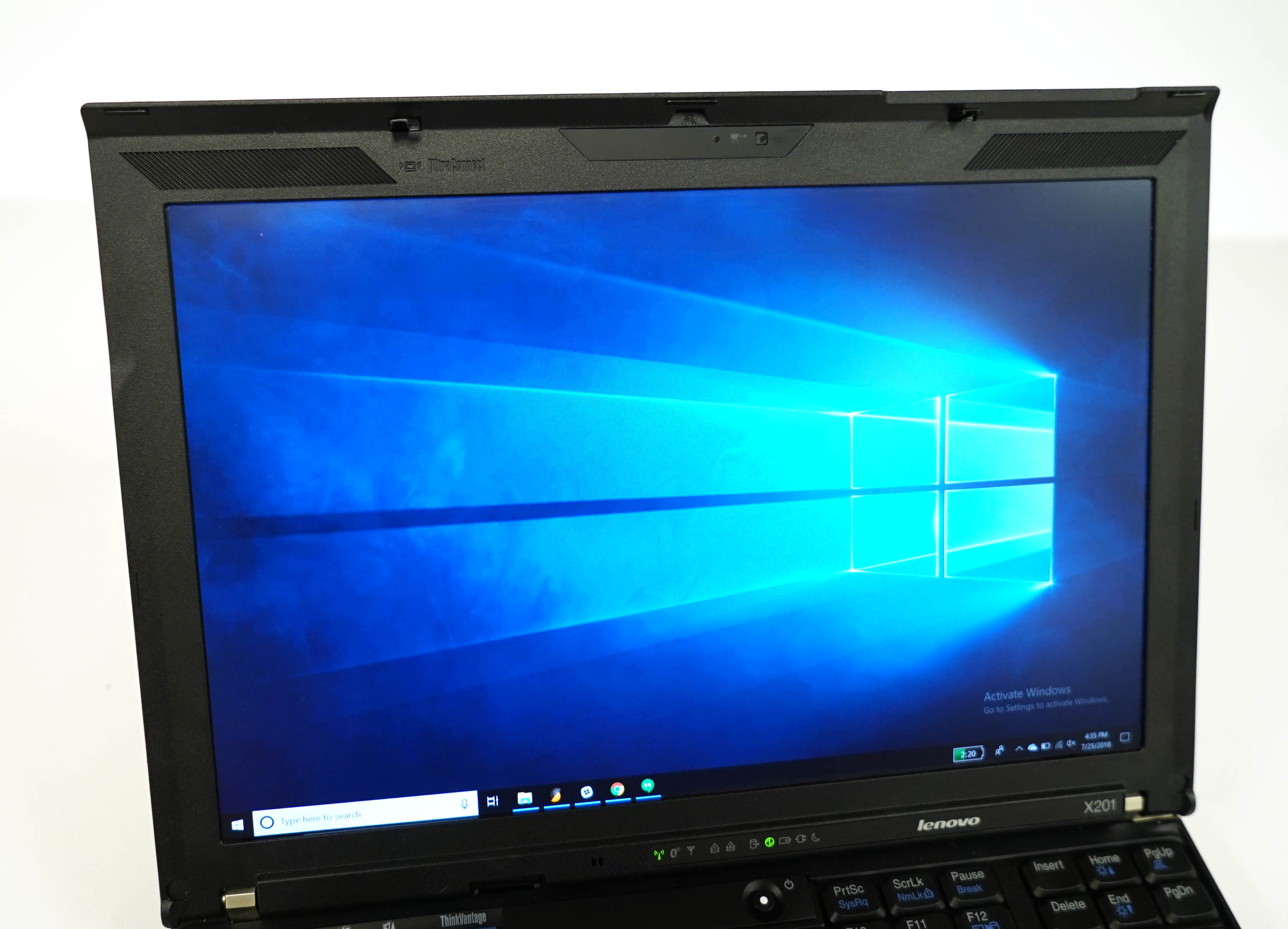 At 1920x1200 in a 12-in form factor, the display on this X210 remains as clear and crisp as modern notebook displays. Given the pixel density, I have taken to running this display in 150% scaling mode from within Windows.

Despite the surprisingly high build quality from the rest of the notebook, the screen retrofit is the lacking area of the X210. It’s clear that it isn’t a perfect fit, and adhesive strips have been placed between the bezel and the screen to compensate for this. It isn’t particularly noticeable most of the time, but occasionally you’ll hear the screen creek a bit when opening the lid.

Despite the language gap, support has also been surprisingly good for a product like this. Through a thread on the ThinkPads.com community forum, and some Google translated info on the 51nb forum, I was able to figure out some of the BIOS oddities that presented themselves during setup.

Additionally, software support seems to be ongoing for these machines. In fact, a BIOS was released on July 2nd, which addressed one of the major issues I had, where the display wouldn’t wake back up when the machine was coming out of sleep mode.

No one can resist the Lapinator