Its last day, however, did not break $1 million dollars, unlike what we’ve seen in Awesome Games Done Quick. I was expecting, assuming it would have a similar last day, that SGDQ 2018 to be the highest grossing of all events when I went to bed on Friday night / Saturday morning, but it didn’t. I don’t know why. The line-up seemed good, especially with the Super Mario Odyssey donation incentive being met, but it brought in just a little less by the end.

(It’s possible that they calculate their values slightly lower this year, because they kept saying that the donation total doesn’t include their sponsors at the end, but I don’t think that’s the case.)

Even though its last day was slightly low, relative to previous years, breaking $2 million USD is still amazing for Doctors Without Borders. I was out of town for much of the event, but, if I were to pick a highlight from what I’ve seen, it would probably be the TAS block at the end of the second-last day. The tool-assisted runs were interesting, and the creative segment involved taking over F-Zero GX to connect with a Gameboy Advance and play a 3D cutscene via zero-day exploits. It’s worth checking out when it comes out on their YouTube channel if you missed it live.

If you cannot wait that long, then you can check out ESA Summer, from the European Speedrunner Assembly, running from July 21st at 10am (North American EDT) through some time in the afternoon or evening (North American EDT) of July 28th. It's run by a different organization, but it's a similar blend of fast video games and charity donations. 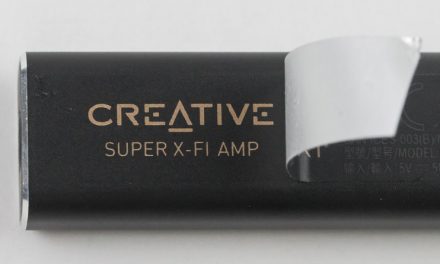 There Is A New Mobile DAC/Amp From Creative, The Sound Blaster X1