Qualcomm recently introduced the Snapdragon 670 mobile platform that brings upgraded processing and power efficiencies to the 600-series lineup while being very close to the specifications of the new Snapdragon 710 SoC. Based on the 10nm LPP design, the Snapdragon 670 uses up to 30% less power (that number is while recording 4K video and relates to the Spectra ISP, overall power efficiency gains are likely less but still notable) while offering up to 15% more CPU and 25% more GPU processing power versus its predecessor. The new mobile processor is also better optimized for AI with up to 1.8X AI Engine performance mostly thanks to upgraded Hexagon DSP co-processors and ARM CPU cores.

The Snapdragon 670 features a Kryo 360 CPU with two ARM Cortex A75 cores at 2.0 GHz and six Cortex A53 cores at 1.7 GHz along with bringing 200-series DSPs and ISPs to the Snapdragon 600-series in the form of the Hexagon 685 DSP and Spectra 250 ISP. As far as graphics, the Snapdragon 670 will use a new Adreno 615 GPU which should be very close to the GPU in the SD710 (Adreno 616. The new processor supports a single 24MP camera or dual 16MP cameras and can record up to 4k30Hz video. According to Anandtech, Qualcomm has stripped out the 10-bit HDR pipelines as well as lowering the maximum supported display resolution. Another differentiator between the new Snapdragon 710 and the older Snapdragon 660 is that the SD670 uses the same Snapdragon X12 LTE modem as the SD660 rather than the X15 LTE modem of the 710 processor meaning that maximum cellular download speeds are capped at 600 Mbps downloads versus 800 Mbps.

While the Snapdragon 670 and Snapdragon 710 are reportedly pin and software compatible which will allow smartphone manufacturers the ability to use either chip in the same mobile platform the chips are allegedly different designs and the SD670 is not merely a lower binned SD710 which is interesting if true.

Qualcomm’s Snapdragon 670 appears to be a decent midrange offering that is very close to the specifications of the SD710 while being cheaper and much more power efficient than the older SD660. This should enable some midrange smartphone designs that can offer similar performance with much better battery life.

Of course, depending on the workload, the newer SD670 may or may not live up to the alleged 15% CPU performance boost versus 2017’s SD660 as the SD670 loses two of the big ARM cores in the big.LITTLE setup vs the SD660 while having two more smaller cores. The two A75 (2GHz) and six A55 (1.7GHz) are faster per core than the four A73 (2.2GHz) and four A53 (1.8GHz), but if a single app is heavily multithreaded the older chip may still hold its own. The bright side is that worst case the new chip should at least not be that much slower at most tasks and at best it delivers better battery life especially with lots of background tasks running. More efficient cores and the move from 14nm LPP to 10nm LPP definitely helps with that, and you do have to keep in mind that this is a midrange part for midrange smartphones.

The real deciding factor though in terms of the value proposition of this chip is certainly going to be pricing and the mobile platforms that manufacturers offer it in. 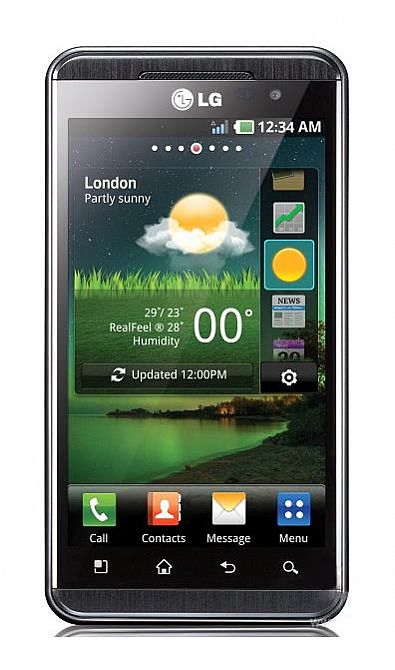 It’s a 3D phone from LG, no glasses needed