Unlike the launch of a revised chipset in the form of X470 that we saw with the release of AMD's Ryzen 2000-series CPUs earlier this year, 2nd Generation Threadripper is launching only on the previous X399 chipset.

However, the lack of a new chipset doesn't mean that these new Threadripper CPUs will be missing out on any of the features we saw added with Zen+ and the Ryzen 2000-series processors like XFR 2.0 and StoreMI.

Additionally, AMD claims all X399 motherboards already have compatible BIOS updates released, and that all of them support USB flashback methods (manufacturer specific) for updating the motherboard with any CPU installed. 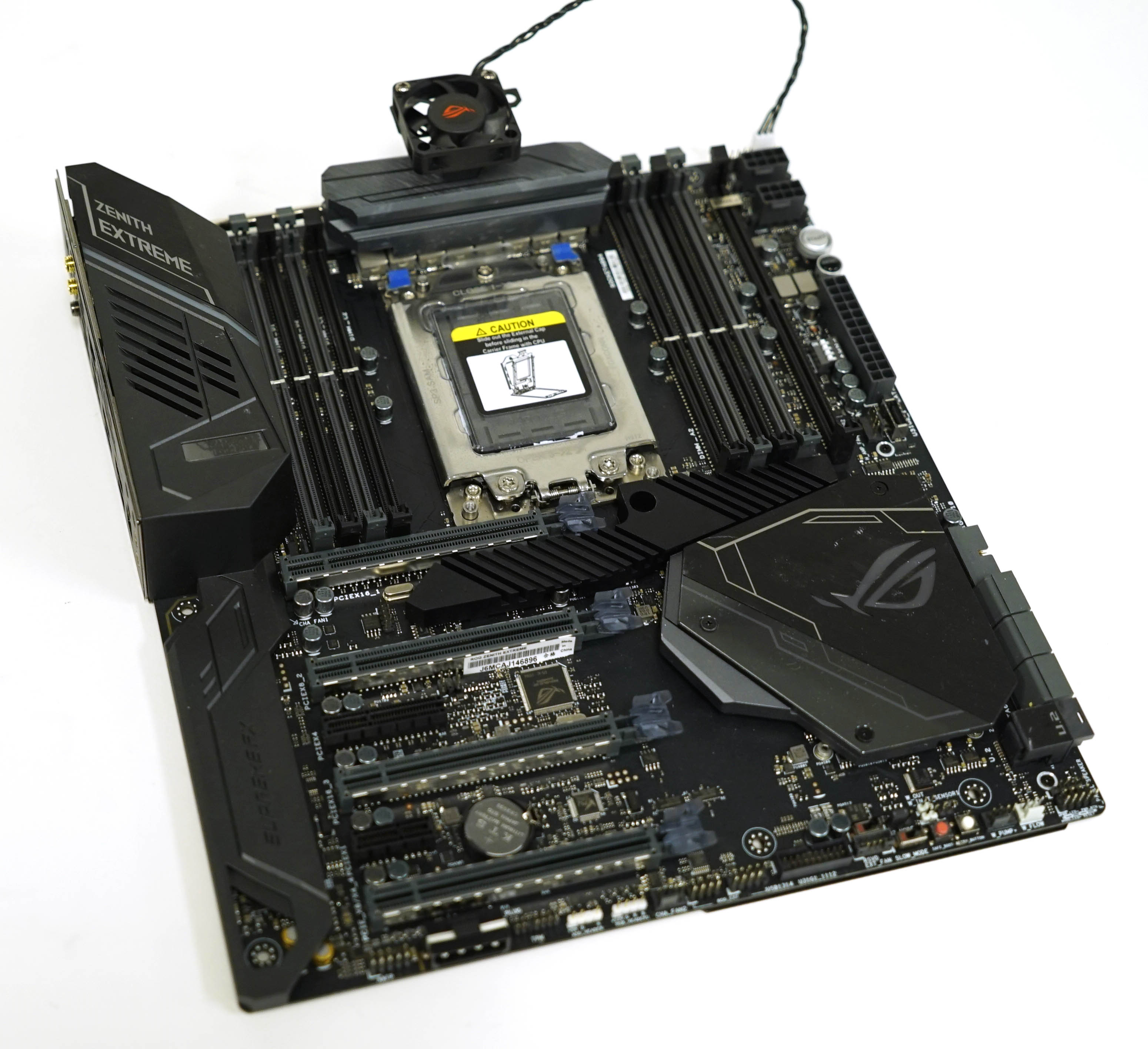 Due to this, we were able to test both generations of Threadripper CPUs on the same ASUS ROG Zenith Extreme motherboard that we used all the way back at the initial launch of Threadripper. Forward compatibility is always excellent to see, especially considering the jump to a 32-core processor with the 2990WX.

While all X399 motherboards support the new Threadripper CPUs in stock configurations, there are still some considerations in motherboard selection depending on CPU selection. 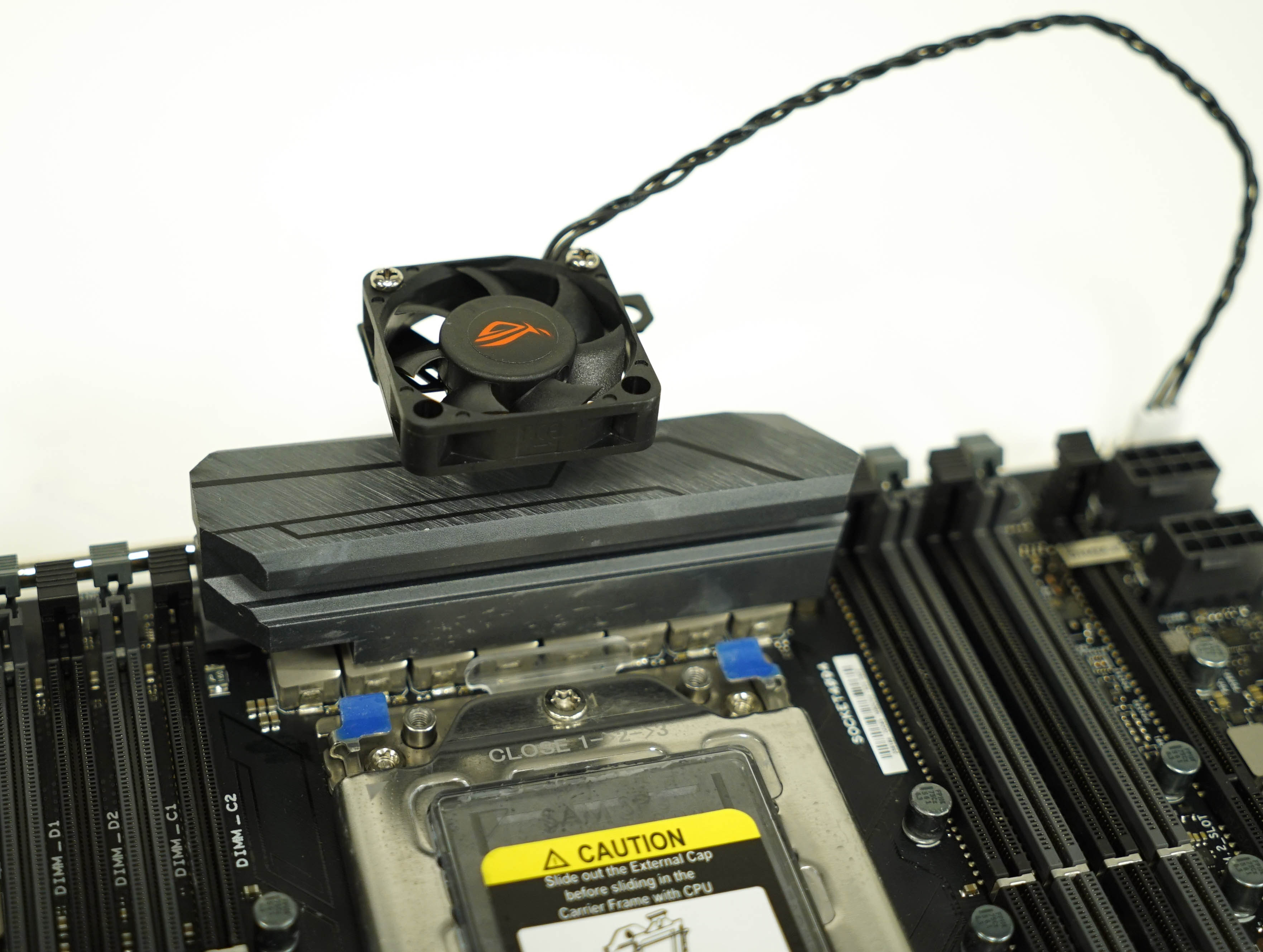 At 250W across both SKUs, the WX-series Threadripper processors could present some issues with overclocking on older X399 motherboards. To combat this, ASUS has released a VRM cooling kit for the ROG Zenith Extreme. 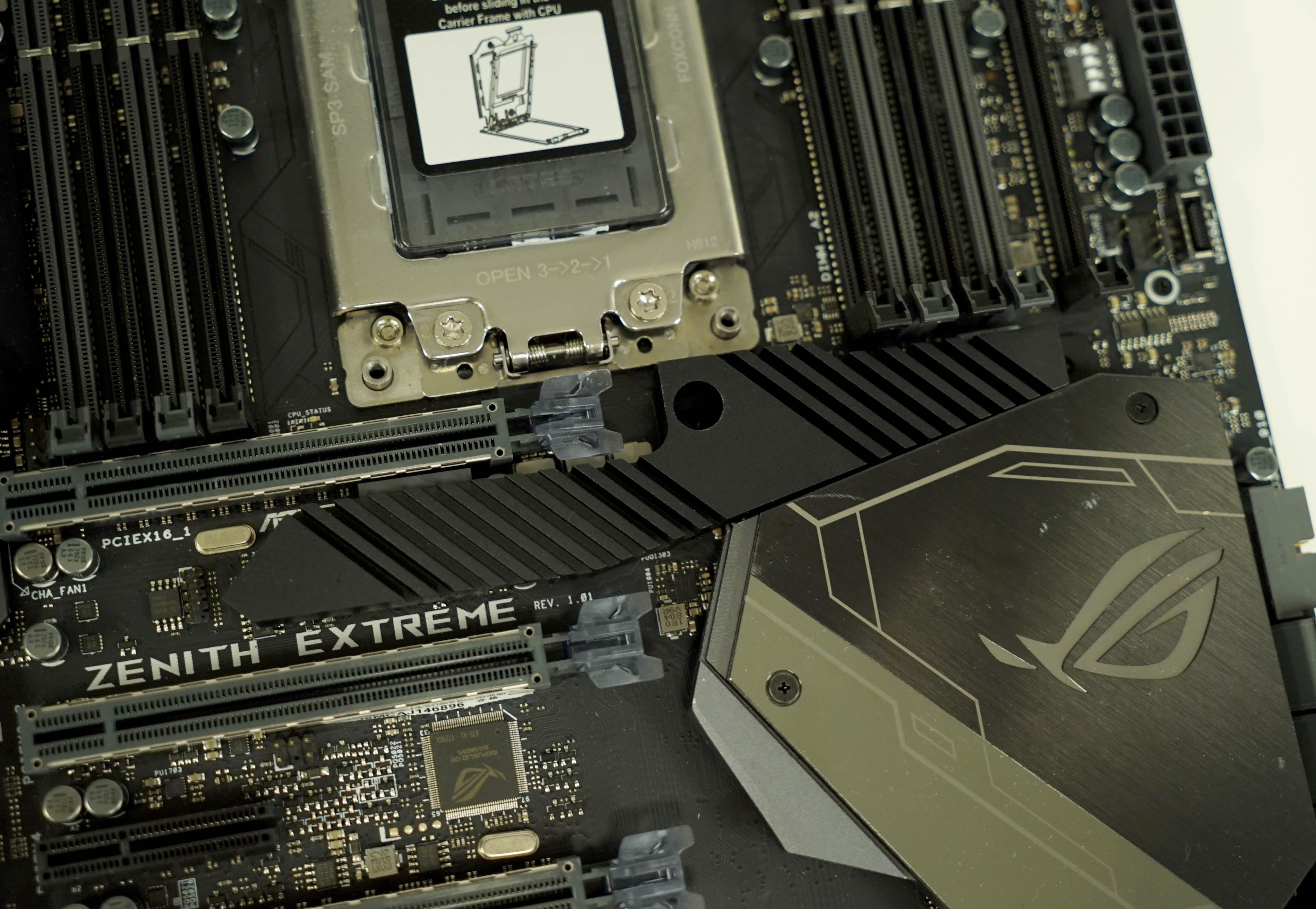 This kit consists of a bracket and fan meant to help cool the main processor VRM, as well as a new passive heatsink to cover secondary power delivery hardware elsewhere on the board.

Overall, this kit feels like a fairly hacked together solution, but one that ASUS is providing for free to X399 motherboard owners who purchase one of these new CPUs.

In the other direction, however, are new, higher-end X399 motherboards being brought out from other manufacturers like MSI and Gigabyte. Both the MSI MEG X399 Creation and Gigabyte X399 Aorus XTREME both reflect X399 offerings designed with these new CPUs in mind. 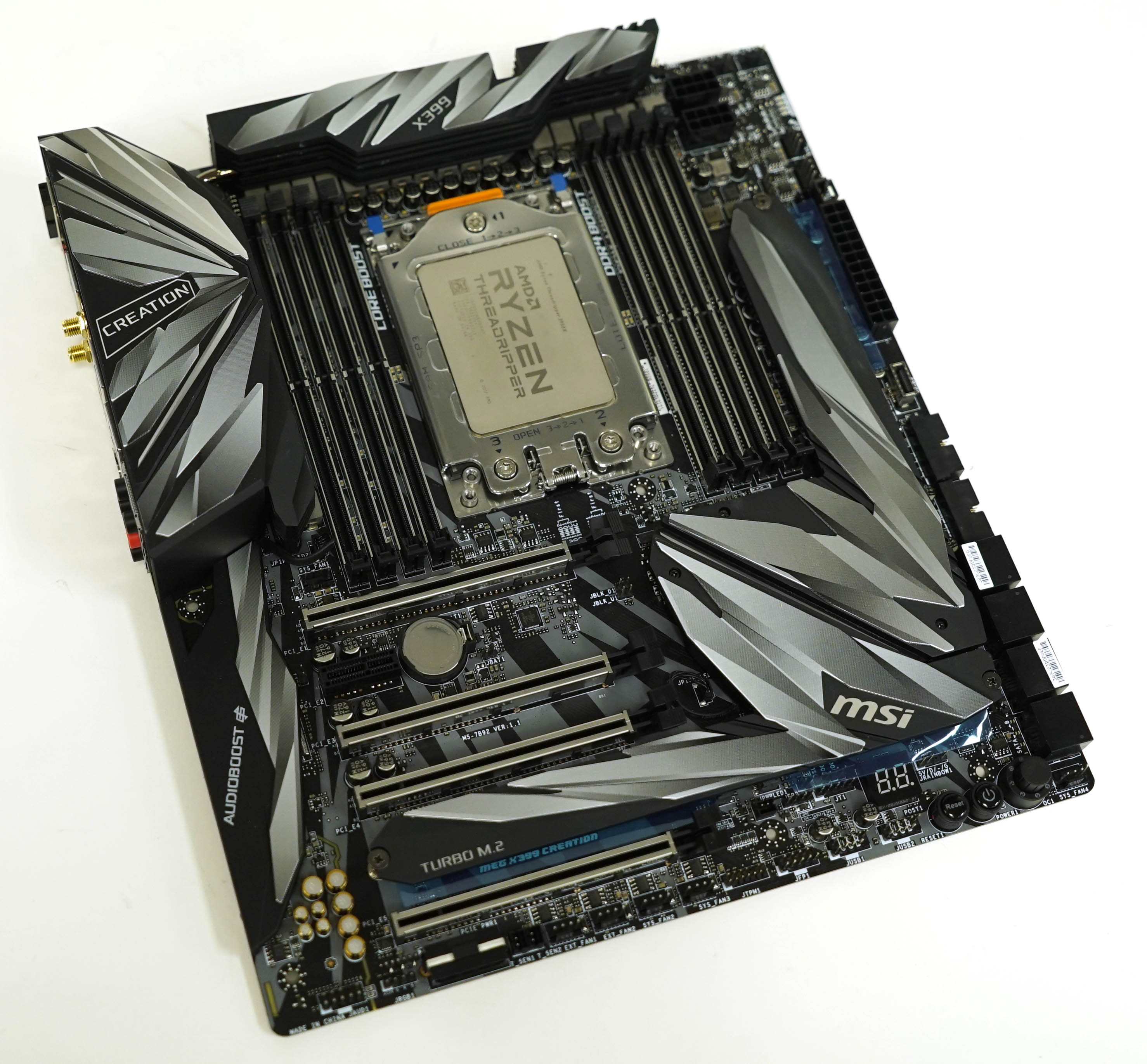 As part of the 2nd Generation Threadripper review kit, AMD sent over the MSI MEG X399 Creation, which we'll take a look at in the overclocking portion of the review. 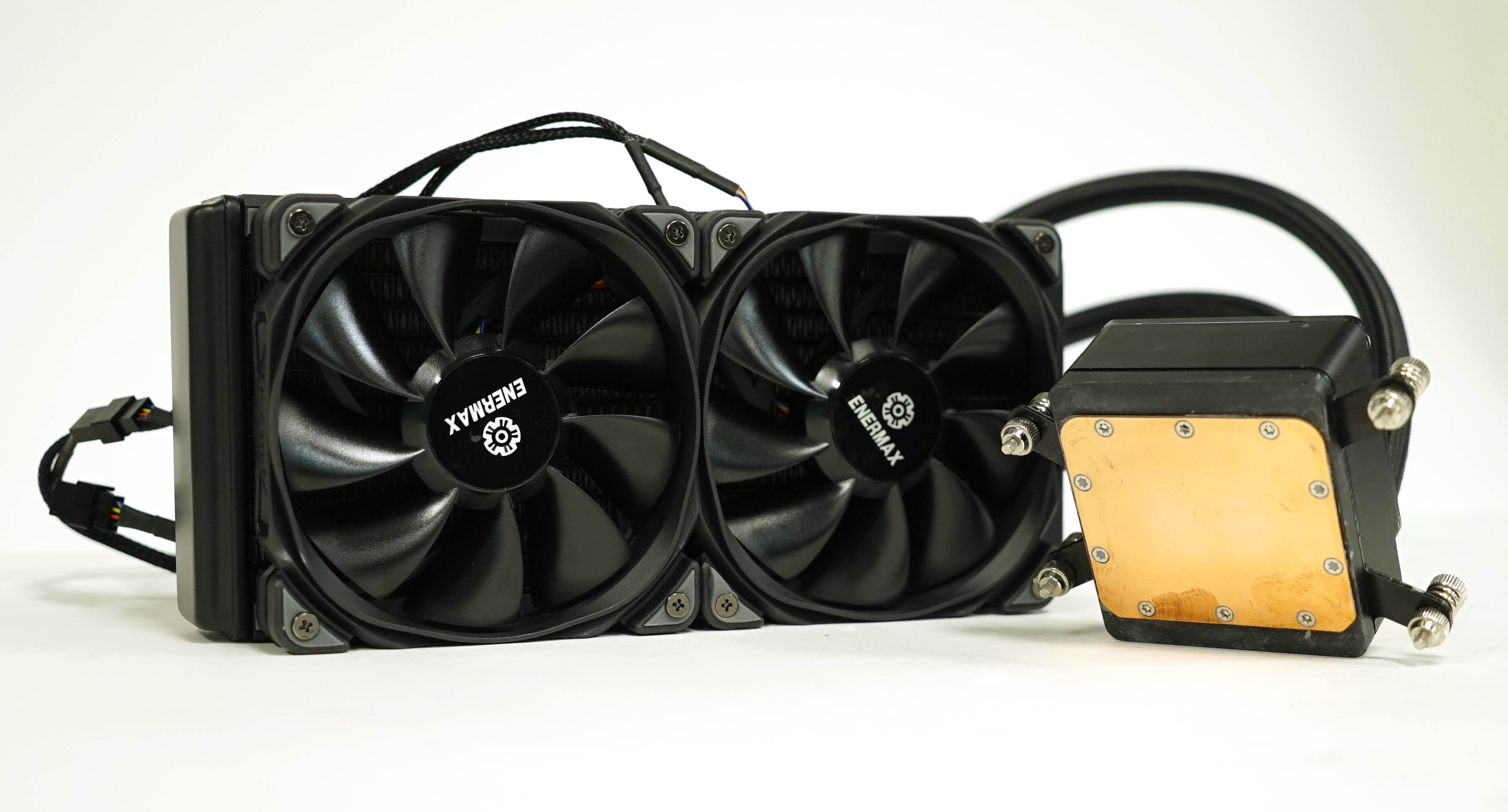 It's worth noting that users of this Enermax cooler have reported corrosion and other longevity issues, and there is a new revision that will hopefully address some of these concerns. However, we had no problems during our review period.