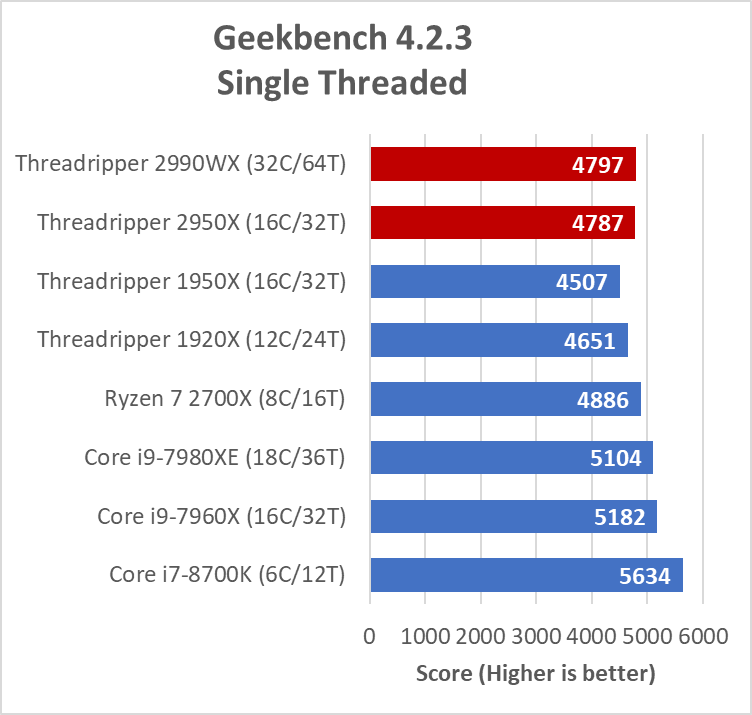 Starting off with a single-threaded synthetic benchmark, we see gains of about 6% generationally from the 1950X to the 2950X. 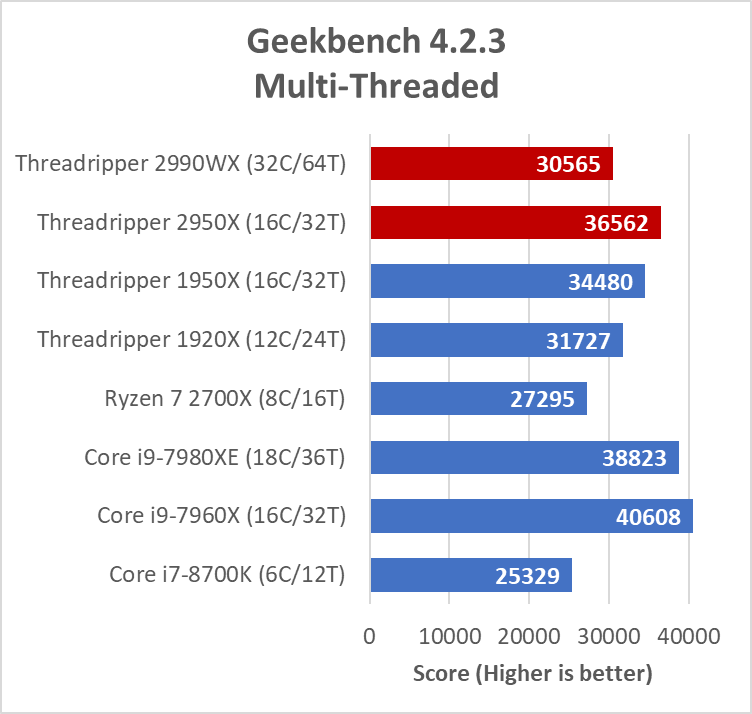 In Geekbench's multi-threaded test, we see some unexpected results. It appears that the benchmark has issues handling massive amounts of threads, like the 64 found in the 2900WX, making the 16-core 2950X score higher in comparison.

"The benchmark test case is the AGARD 445.6 aeroelastic test wing. The wing uses a NACA 65A004 airfoil section and has a panel aspect ratio of 1.65, a taper ratio of 0.66, and a 45-degree quarter-chord sweep angle. This AGARD wing was tested at the NASA Langley Research Center in the 16-foot Transonic Dynamics Tunnel and is a standard aeroelastic test case used for validation of unsteady, compressible CFD codes. Figure 1 shows the CFD predicted Mach contours for a freestream Mach number of 0.960.

However, the Skylake-X processors far and away take the performance crown, with up to double the score of the 2950X in the 32T test.

Compression in 7-Zip sees similar results at the previous test, where the 2990WX simply doesn't seem to performance scale above 24T, and the Skylake-X processors outperform the Threadripper 2950X.