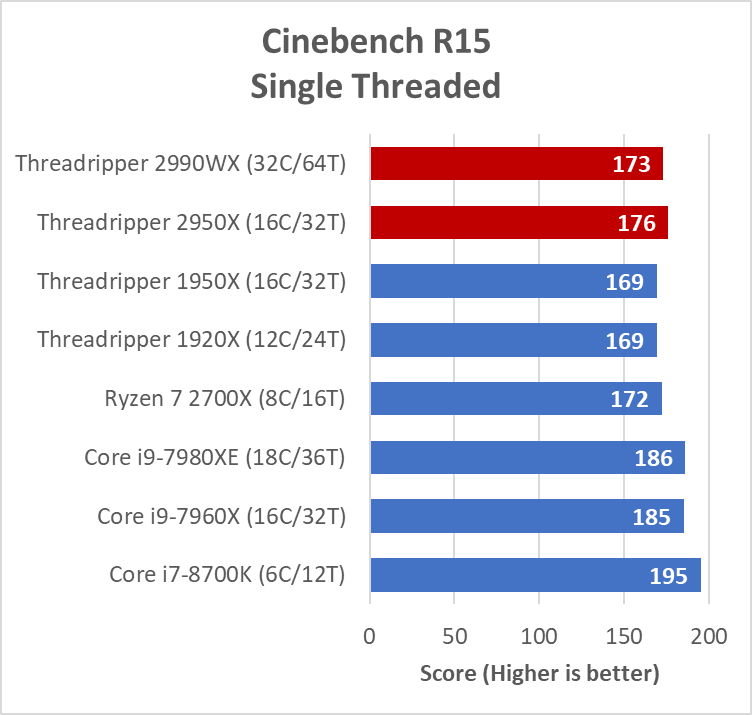 Single-threaded rendering in Cinebench R15 tracks with what we'd expect, with the 2950X and 2990WX showing similar performance to the 2700X. 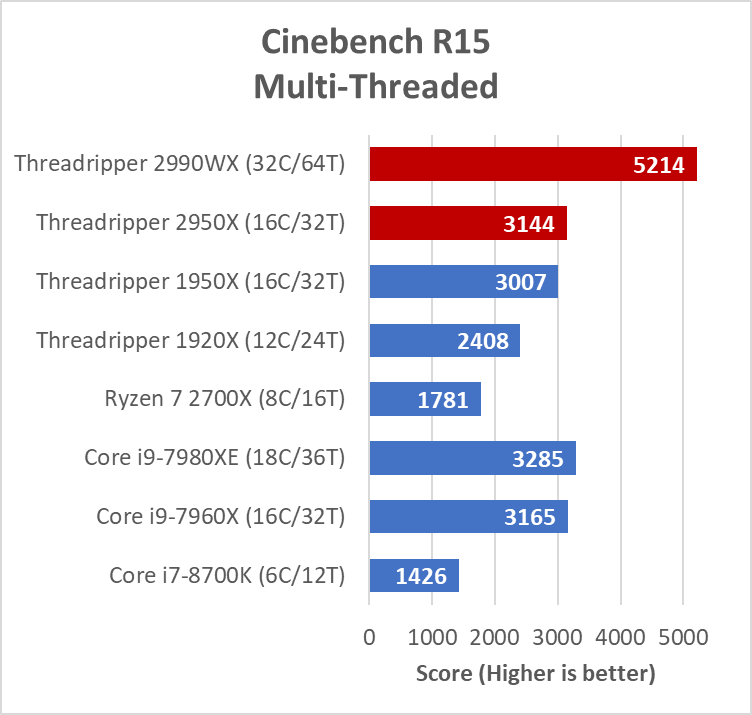 Cinebench R15's multi-threaded rendering test is the first place where we see the definite advantage of the Threadripper 2990WX. With an over 58% increase in score over the highest-end Intel part, the i9-7980XE.

In a more impressive feat, the Threadripper 2950X is within 5% of the performance of the i9-7980XE, despite a 2-core (4-thread) disadvantage. 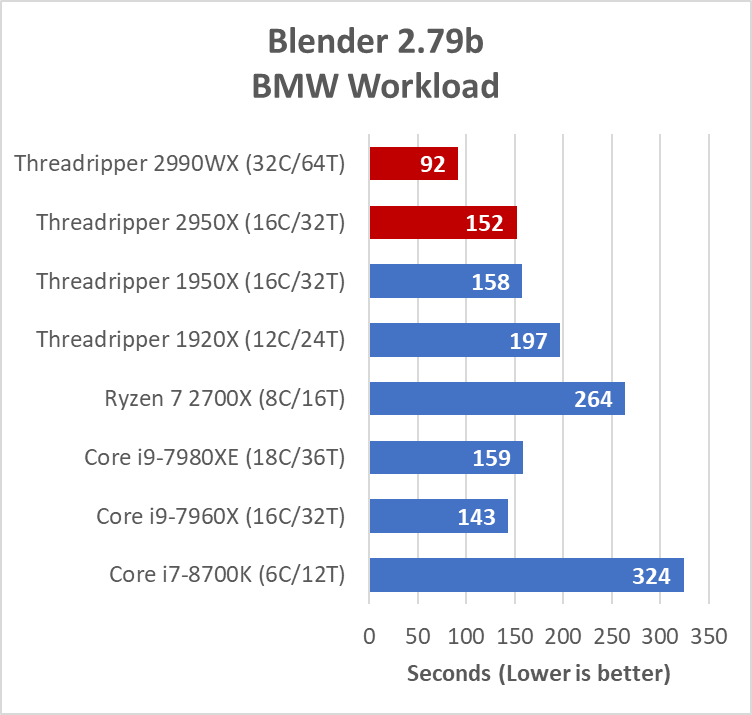 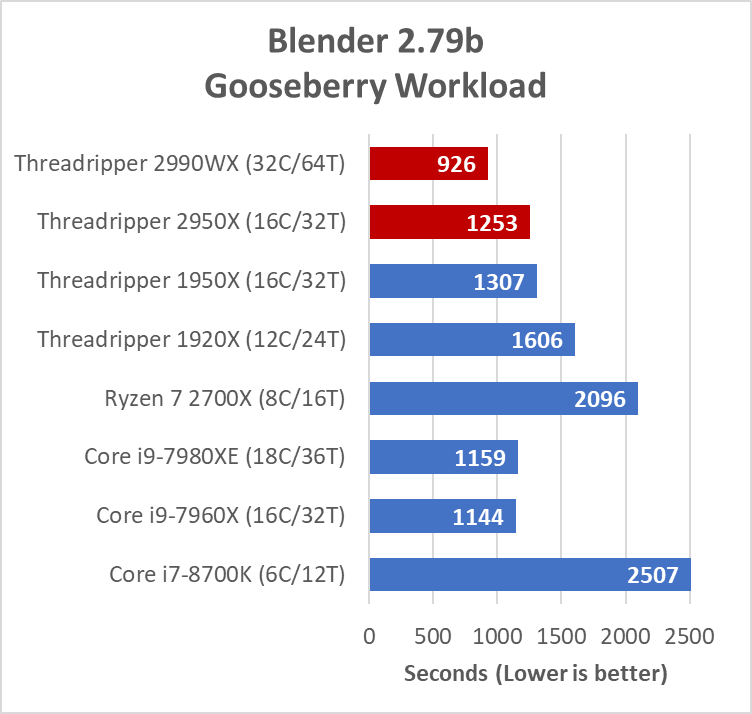 In Blender, the 2990WX remains the fastest CPU we've ever tested. However, we start to see diminishing returns on core count in the Gooseberry test, with the 2990WX providing only a 23% lead over the i9-7980XE, as opposed to the 35% performance advantage we saw in the BMW workload.

The 2950X has a strong showing in Blender as well, remaining extremely competitive with the i9-7980XE, and winning in the BMW workload. 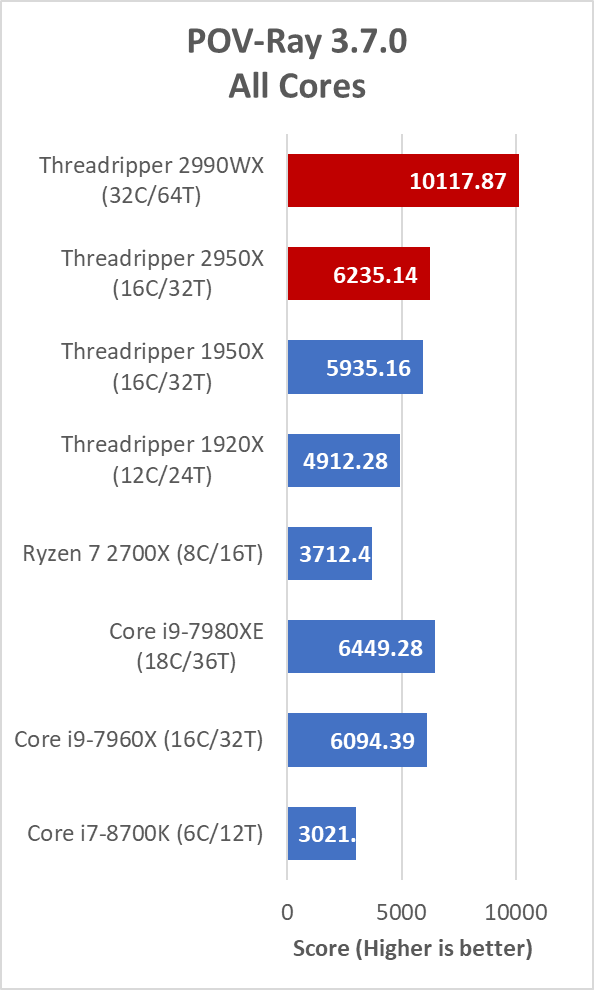 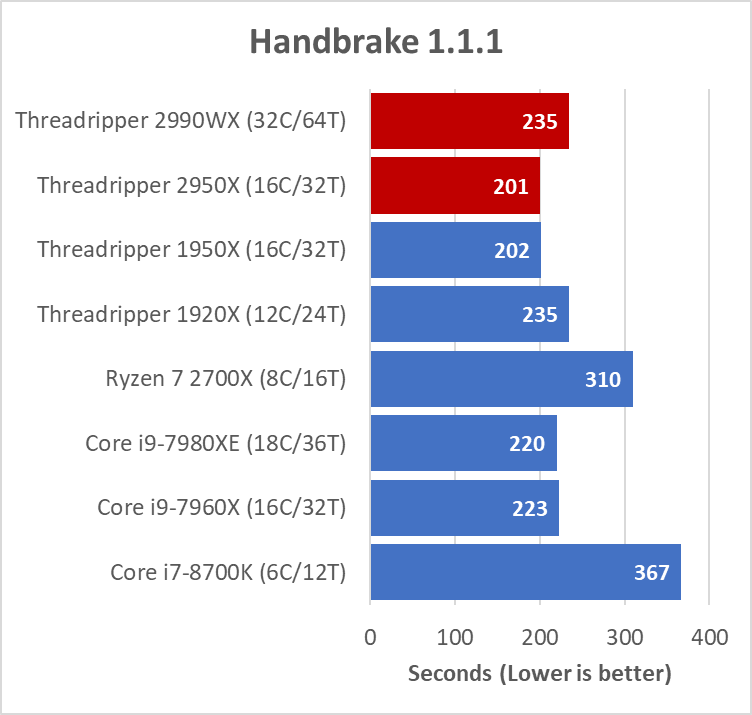 Handbrake encoding is tested with a 4K 100mbps source file, and is transcoded to 1080p with a constant quality of 10mbps in a single pass encode. The encoder used is the X264 encoder bundled with Handbrake.

H264 transcoding from 4K to 1080p starts to show a plateau in Handbrake performance scaling. Above 16 cores, the results begin to level out. However, the advantage goes to AMD here with the 2950X taking 8% less time to finish the video encode than the 7980XE.

The Threadripper 2990WX sees a performance regression, likely due to conflicts with the Windows scheduler, handbrake, and massive thread counts. 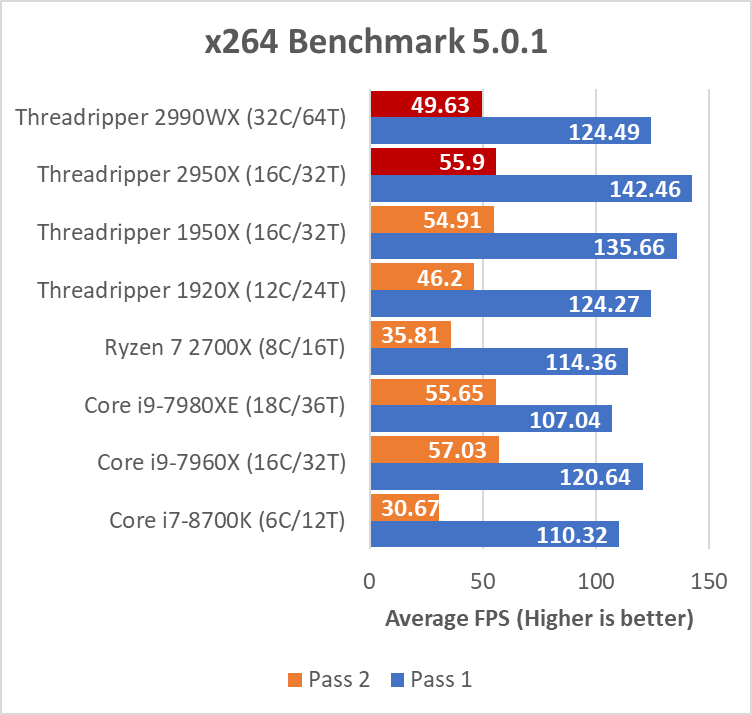 The 2950X takes the cake on in X264 benchmark, with nearly identical Pass 2 performance to the Intel Skylake-X CPUs, and an almost 20% performance advantage in Pass 1. 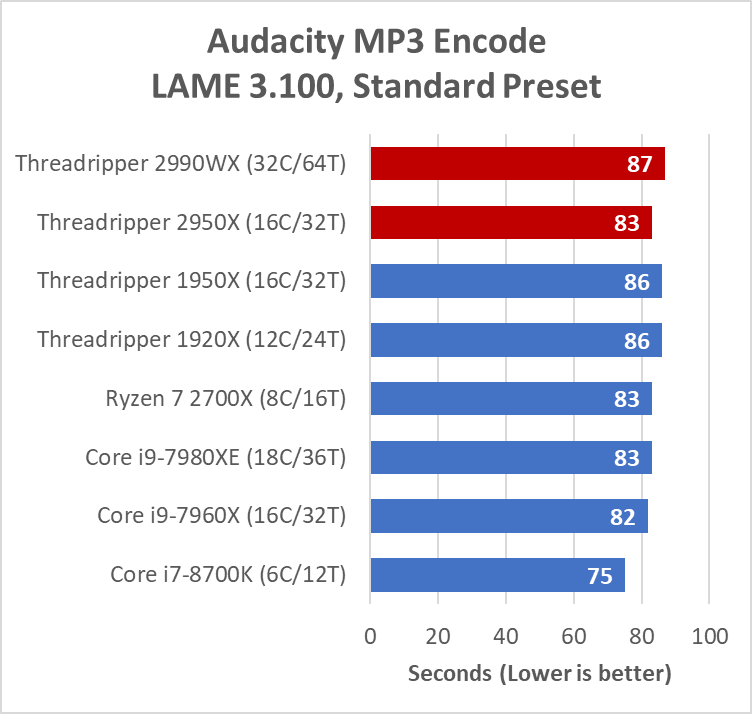 MP3 encoding with LAME in Audacity shows little performance scaling, with the single-threaded performance advantages of the 8700K placing it in the fastest position, while all the other CPUs take a similar amount of time to finish the audio encode.