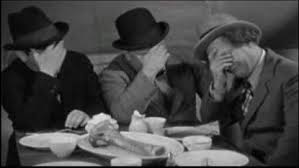 On a normal day, we would all be outraged about Facebook taking advantage of the phone number that you provided for two factor authentication to offer you even more advertising, but it is 2018 so you can just forget about that.  Instead it is the news that 50 million accounts were breached earlier this week, thanks to a Facebook feature that lets you gaze up your own navel profile.

Unsavoury types made use of this to steal Facebook access tokens and access you private messages and other posts which were not public until Facebook forcibly logged them off.  You can read more about this, as well as a certain event scheduled for this weekend, over at The Inquirer.

"The breach, which Facebook engineers discovered on 25 September, saw hackers exploit a vulnerability in Facebook's code that impacted 'View As', a feature that lets people see what their own profile looks like to someone else."

Will Ferrell Games for Cancer. He Hates Cancer. Dot Org.