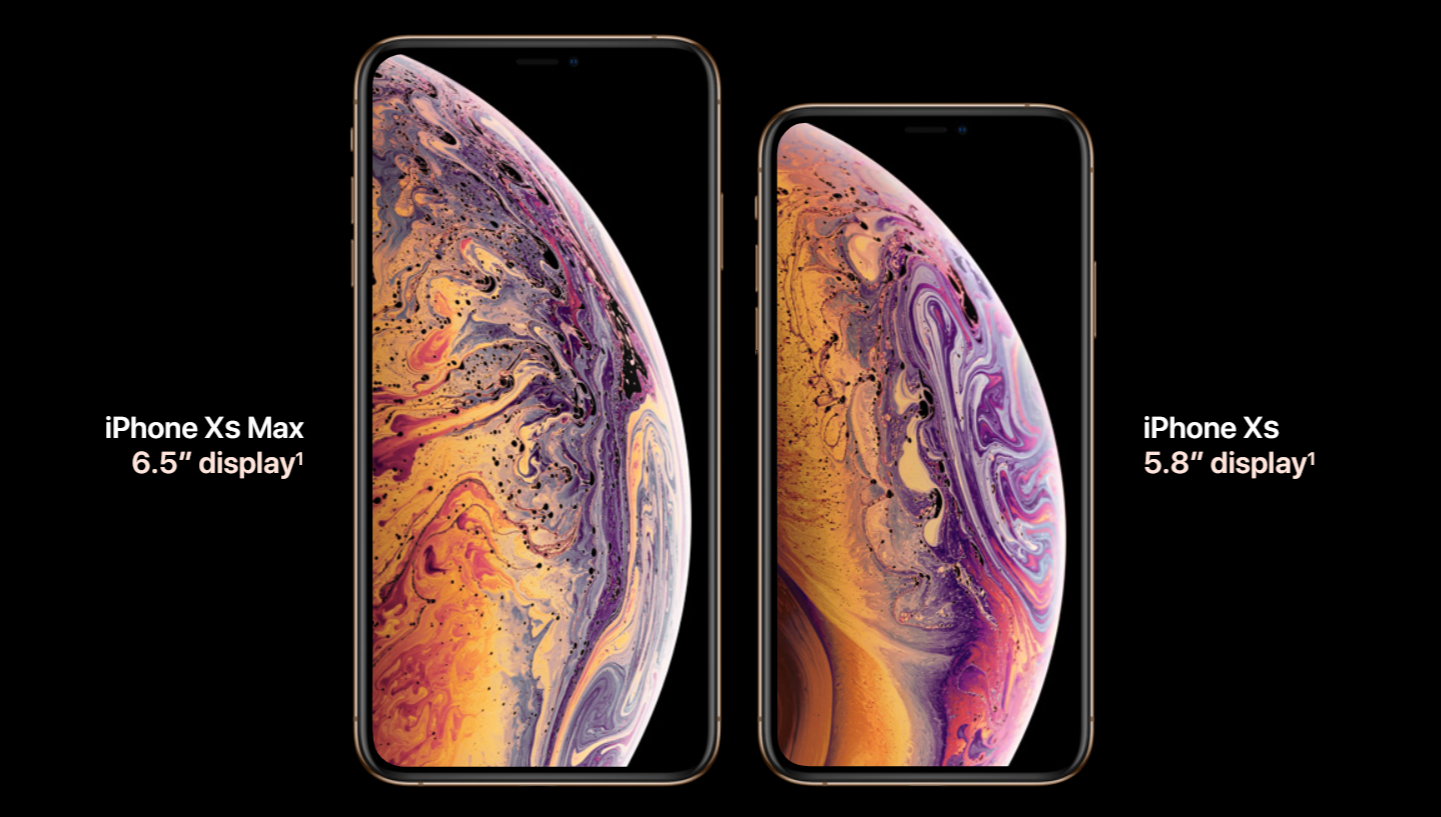 Apple’s event today included expected (and previously leaked) iPhone announcements for the faster “S” variant of the iPhone X, as well as a new, larger iPhone XS Max, and finally the new, lower-cost iPhone XR. All three phones include Apple’s latest mobile processor, the A12 Bionic, as well as new cameras and other improvements.

The design is unchanged, but the 6.5-inch form-factor is new (image via Apple)

Beginning with the primary announcement, the new 5.8-inch and 6.5-inch iPhone XS and XS Max phones both feature Super Retina OLED displays which Apple says now offer wider dynamic range, and the glass protecting them is “the most durable glass ever” in a smartphone. The new XS Max offers the same 458 ppi density as the iPhone XS with its 2688×1242 resolution (the iPhone XS has the same 2436×1125 resolution as the iPhone X), and both phones are now IP68 water and dust resistant and dual-SIM capable (using eSIM). 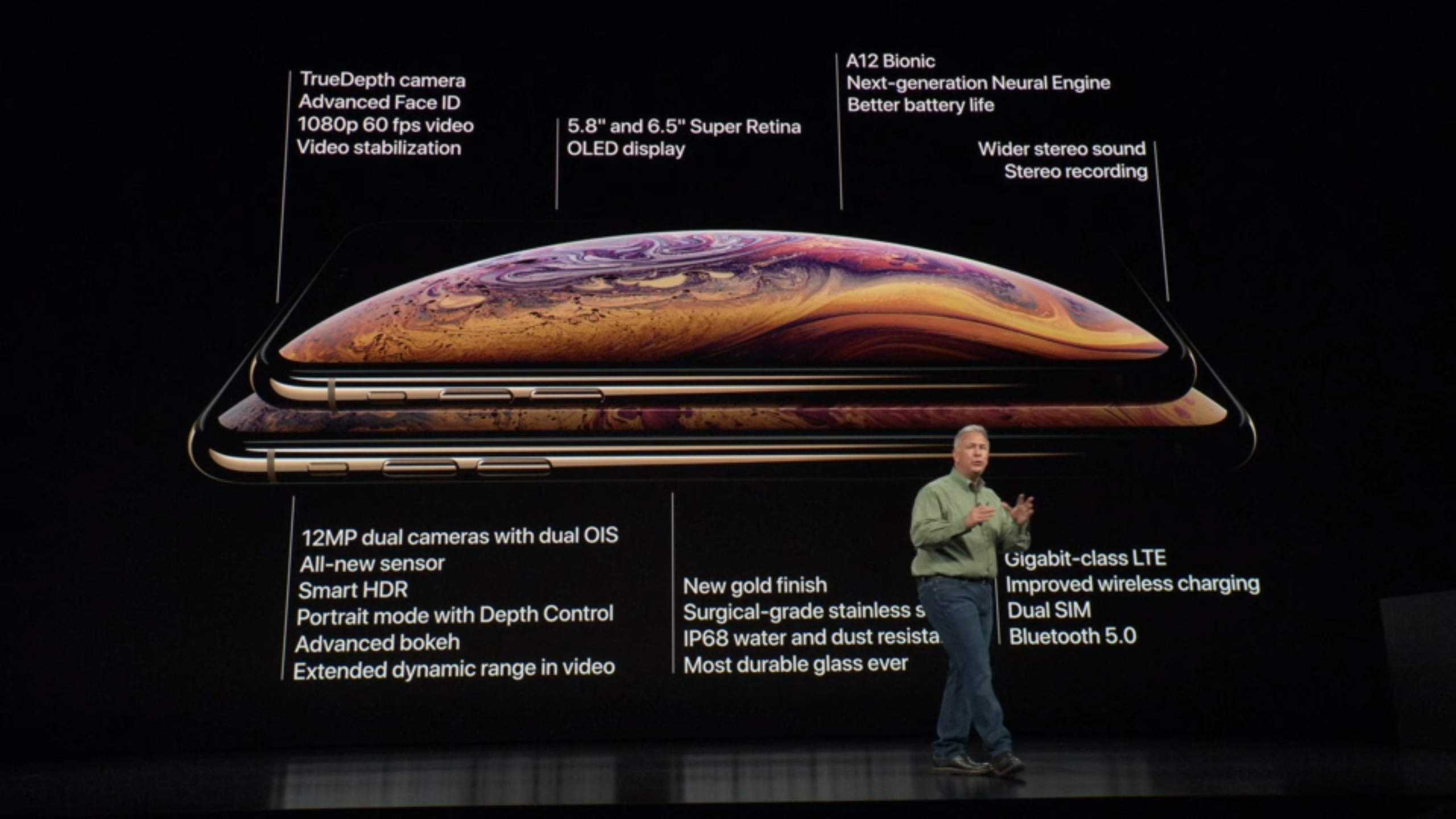 Apple says the A12 Bionic chip will be the first to market at 7nm (Hauwei's 7nm Kirin 980 was previously announced but not shipping until mid-October), and the move to this smaller process should allow for lower power consumption and increased performance. 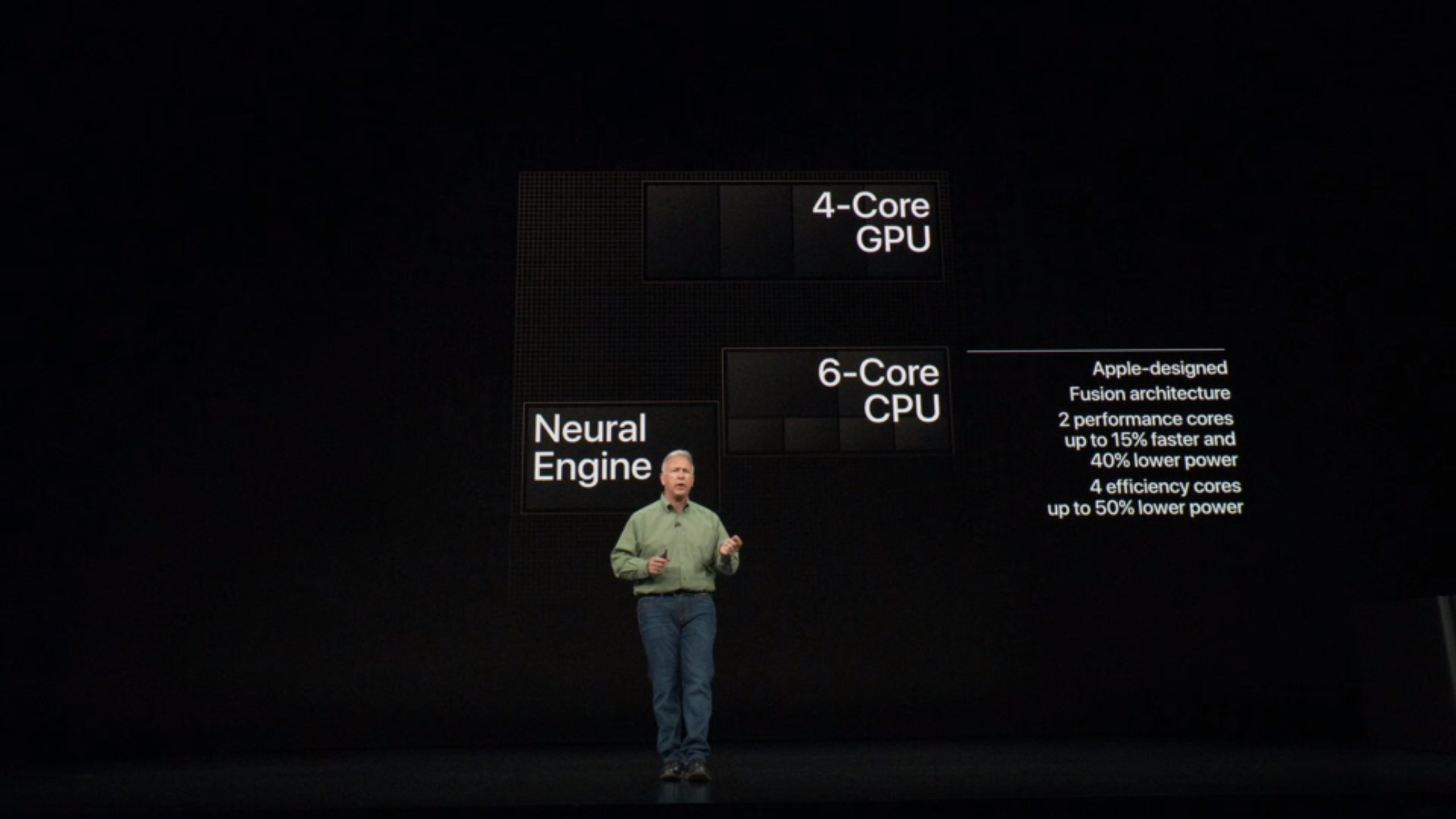 The A12 Bionic has a 6-core CPU design as we saw with the A11, and uses the same Apple-designed Fusion architecture. Apple says its two performance cores are “up to 15% faster and 40% lower power”, and the four efficiency cores offer “up to 50% lower power” with no stated increase in performance.  Other than stating that it is a proprietary design little was revealed about the GPU other than it is now a 4-core design, which Apple says is “50% faster” than before. 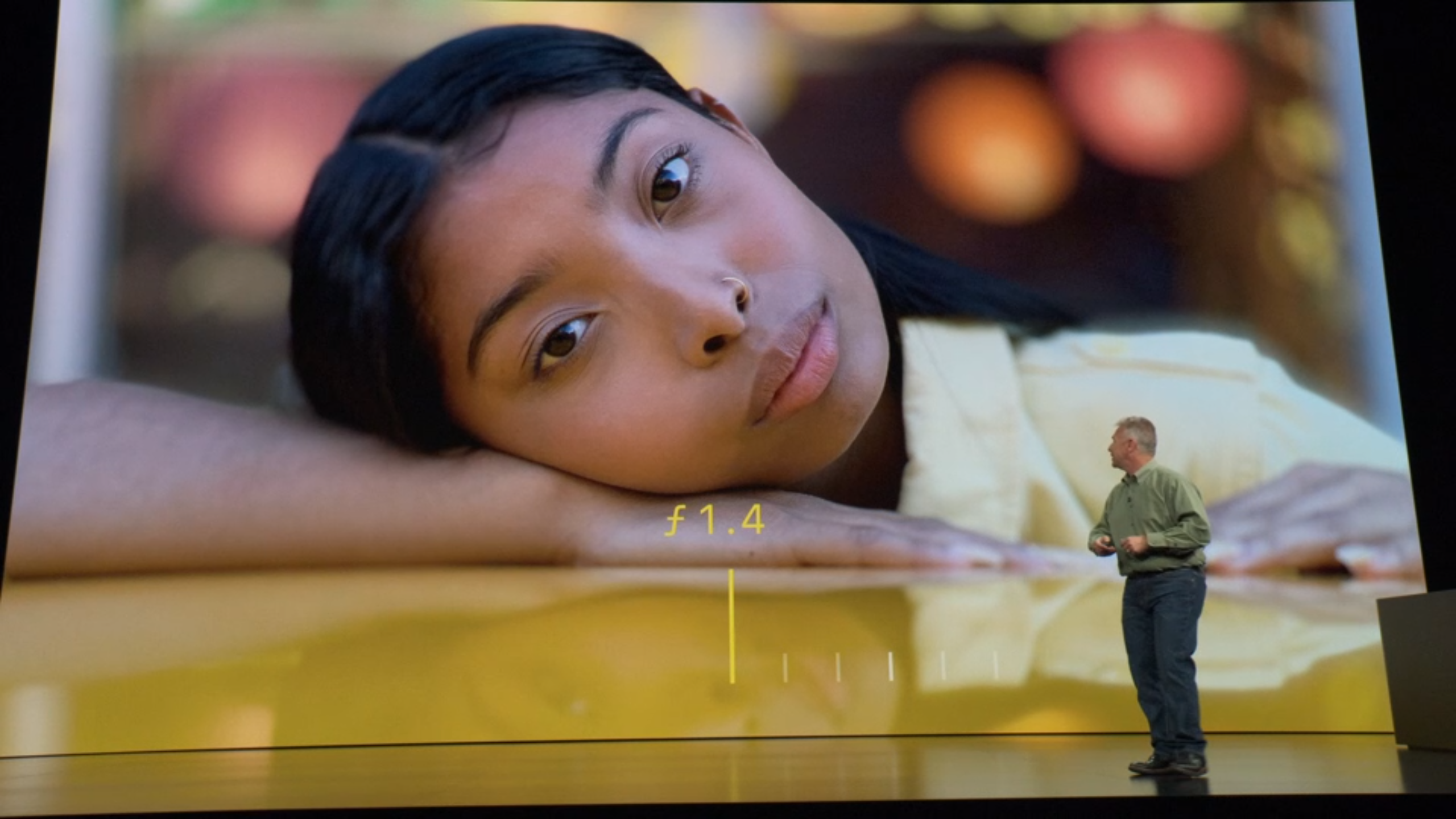 The camera system on the new phones offers a new “advanced bokeh” feature which allows for f-stop adjustment after the photo has been taken, and during the presentation this feature appears to work in a very realistic way comparable to dedicated lenses with a DSLR. Other features include improved speakers, stereo audio recording with video, and "Gigabit-class" LTE. 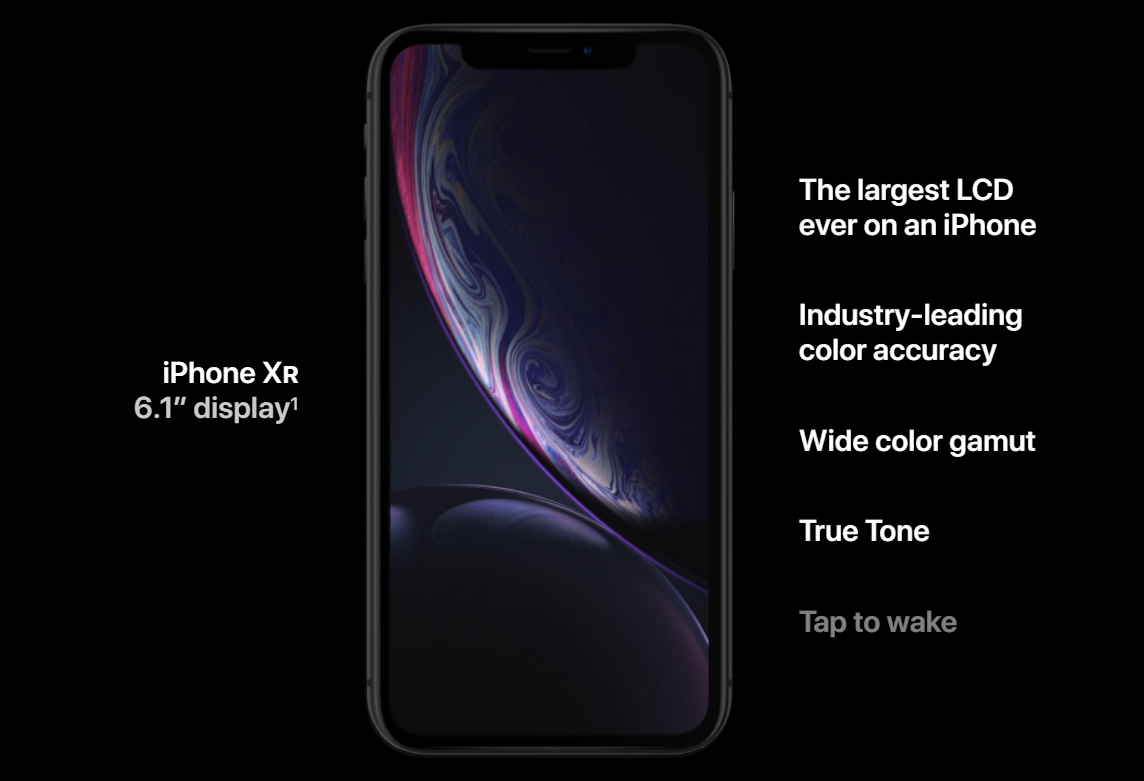 The “one more thing” at the even was a new lower-cost iPhone based on the iPhone X design, but with an LCD display that Apple is calling “Liquid Retina”. This 6.1-inch device has a display resolution of 1792×828 (326 ppi), uses the new A12 chip, and while it is a single-camera phone like the iPhone 8 it uses the latest wide-angle camera from its “S” model siblings. 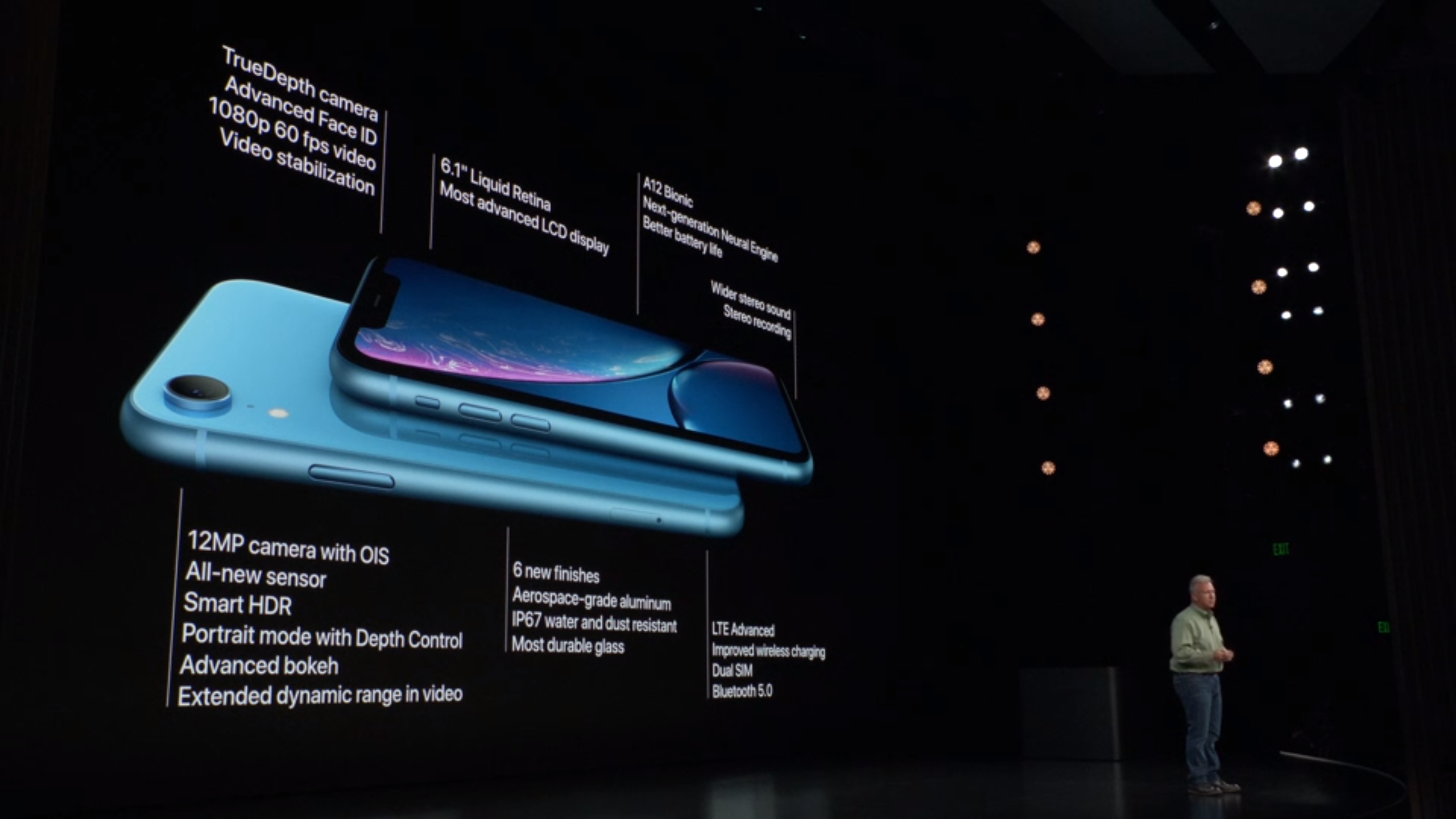 The display also features “120 Hz touch-sensing” – which may be independent of display refresh, but that is unknown at this point – a wide color gamut, and is a True Tone display like the iPhone X. The phone drops 3D Touch, using instead what appears to be a long-press detection with haptic feedback. The phone does not offer the "Gigabit-class LTE" of the XS/XS Max, is IP67 rather than IP68 water and dust resistant, but does retain the new “most durable glass” from the "S" models.

Pricing for the new lineup is as follows:

The new iPhones XS and XS Max will be available next week, with a September 21 launch day (pre-ordering begins on Friday, September 14). The iPhone XR launches on October 26 (pre-order October 19). 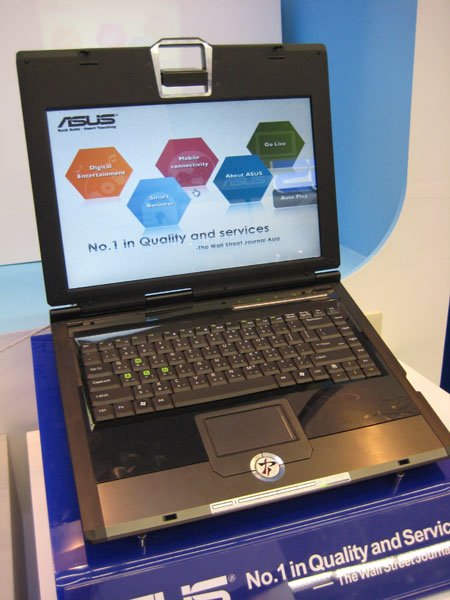