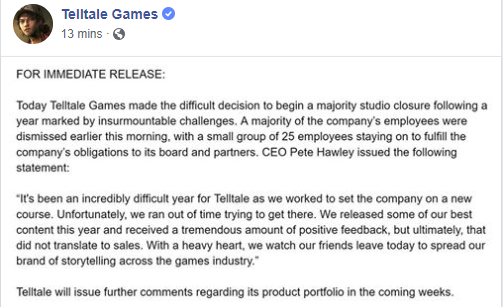 This afternoon, Telltale Games announced that they have laid off all but 25 employees; those who remain are there to “fulfill the company’s obligations to its board and partners”. Various sites are reporting that this equates to the loss of about 90% of their jobs. That number would be even higher if you compared it from a year ago, however, where they had “between 350 and 400” employees, according to an interview that Eurogamer had with Job Stauffer at Gamescom 2017.

The signs were there; I just wasn’t paying attention.

The company has not fully outlined what will happen with their various titles yet. Rumors are that The Wolf Among Us: Season Two and their Stranger Things projects have been canceled. Basically, at least if the rumors are correct, the last 25 employees will wrap up The Walking Dead and that will be it. That said, you never know whether some publisher will swoop in and pick up some licenses. It’s a bit harder in Telltale’s case because their content is licensed from existing franchises (apart from Puzzle Agent and a few card games).

I do hope that someone will swoop in and pick up a bunch of employees, however. The industry, as commonly happens when these things occur, has created a venue to connect those who are affected with potential new employers. This time it is a Twitter hashtag, #TelltaleJobs. If you own a game studio, then you probably already know about this, but, just in case you haven’t, it’s a good place to let people know you’re hiring (if you are). 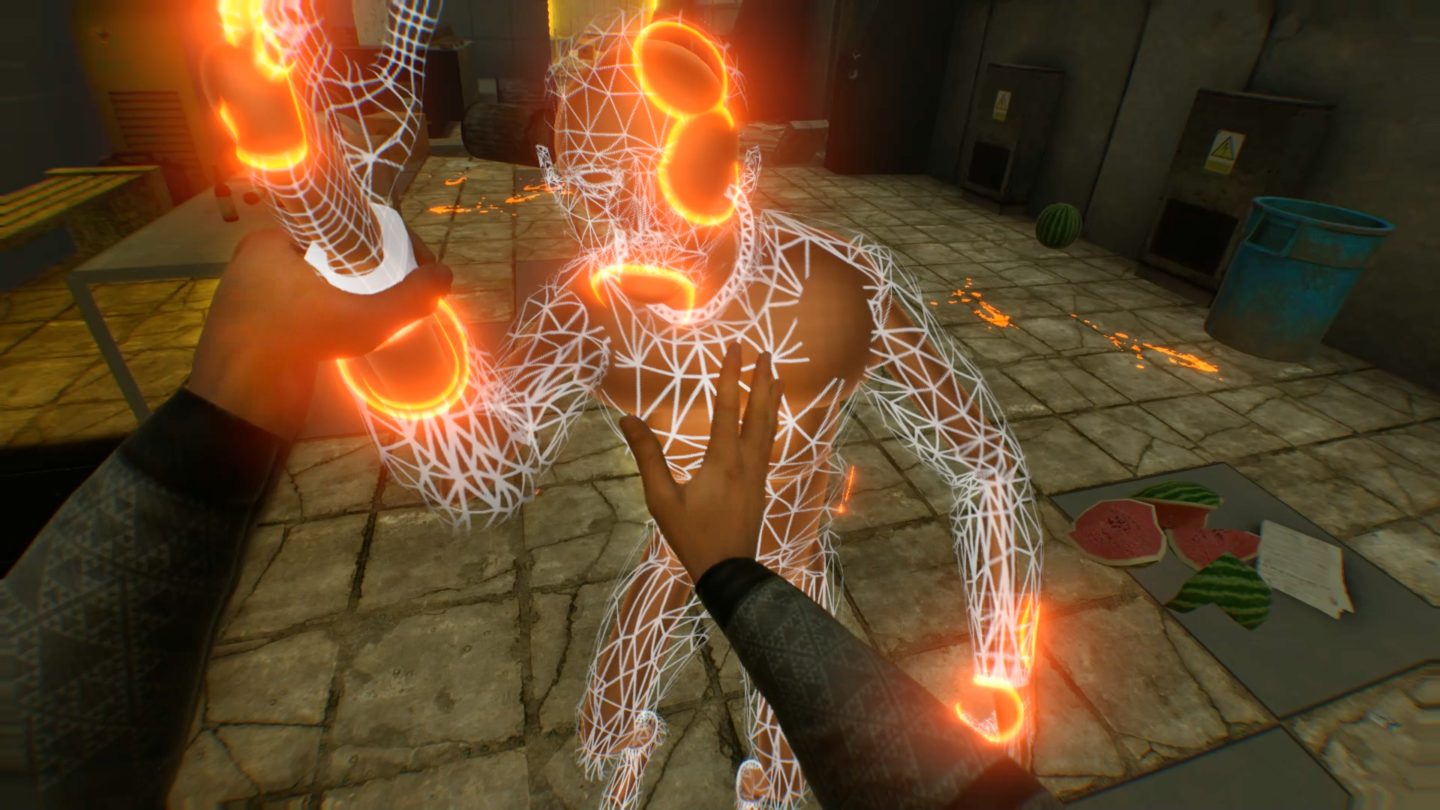 Boneworks; A VR Masterpiece Or Catastrophe?