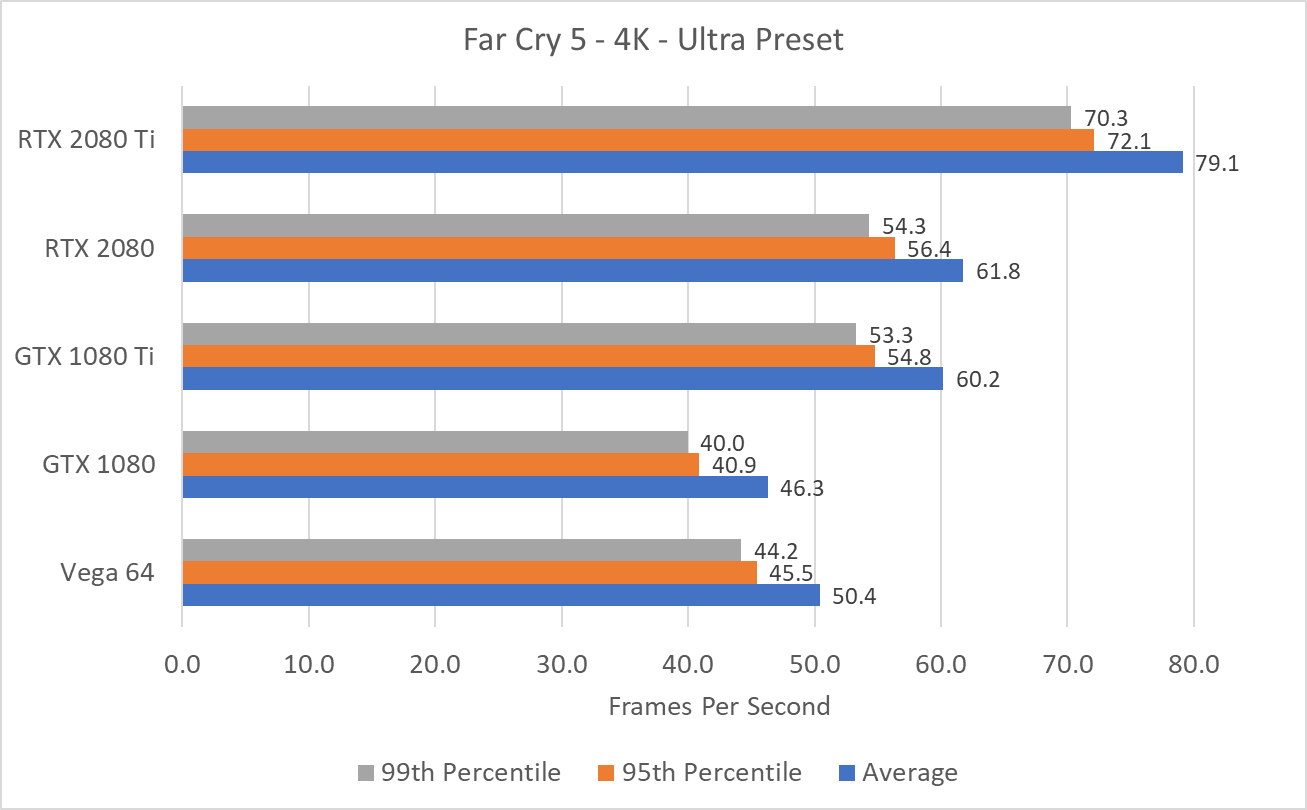 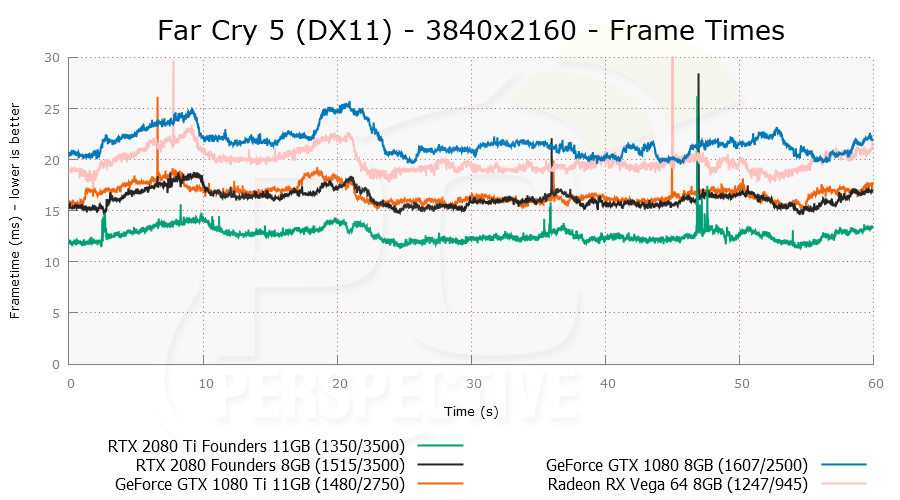 Overall, the frame times between both generation of NVIDIA GPUs, as well as AMD GPUs, are very stable with Far Cry 5. 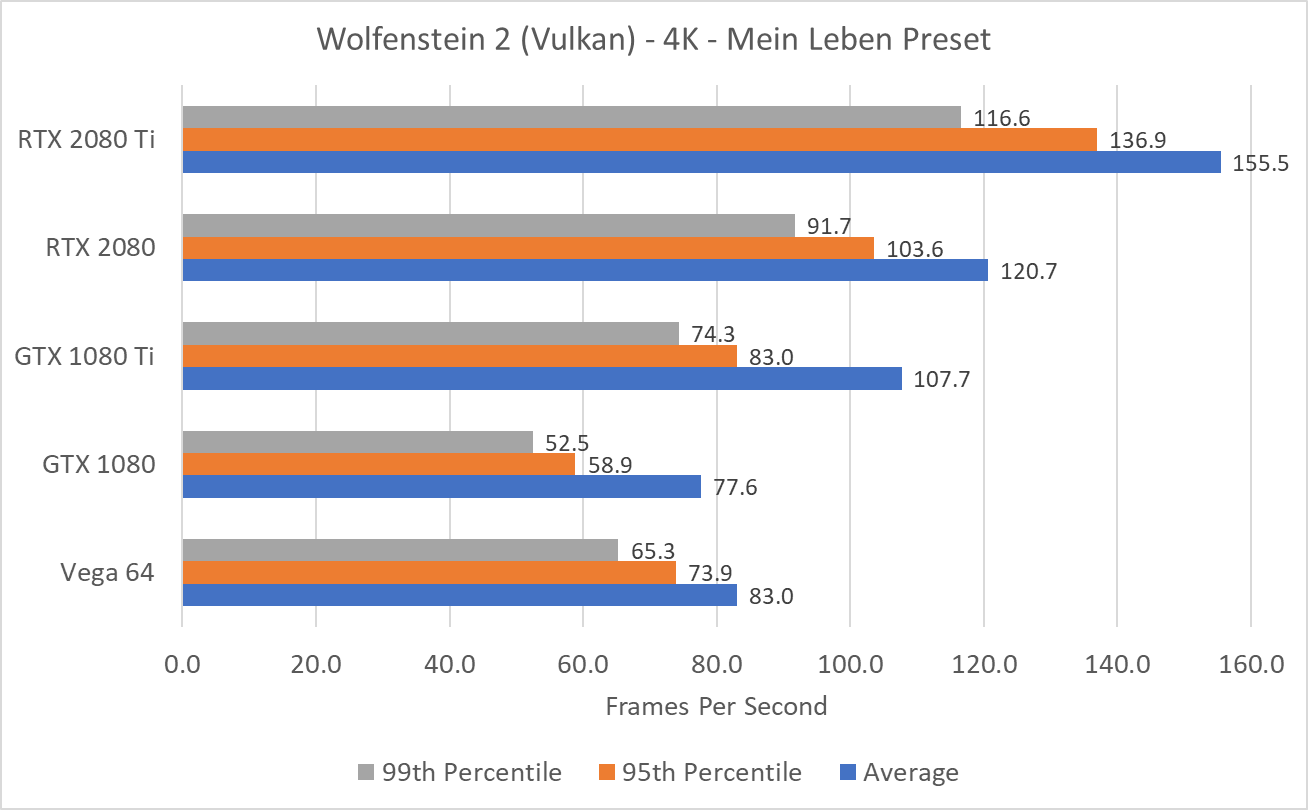 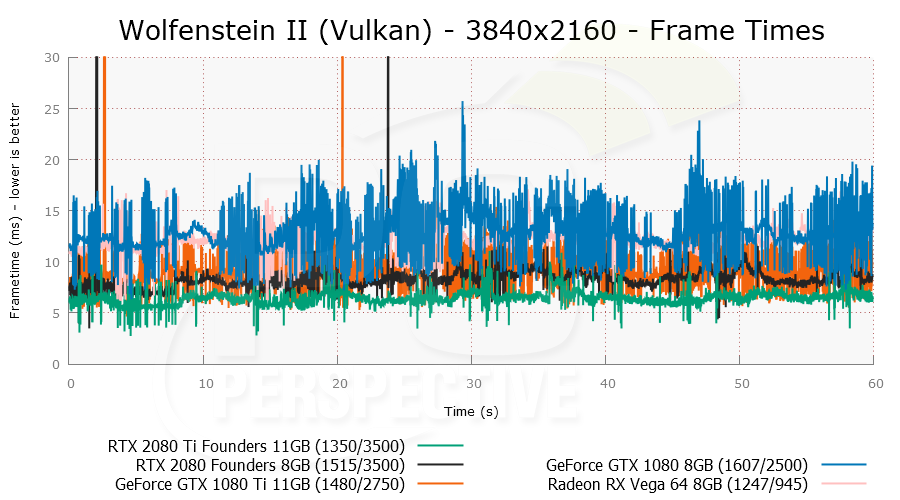 As far as frame times are concerned, the GTX 10-series GPUs seem to struggle to keep a consistent frame rate, but the RTX GPUs provide a substantially smoother experience.

Ashes of the Singularity: Escalation 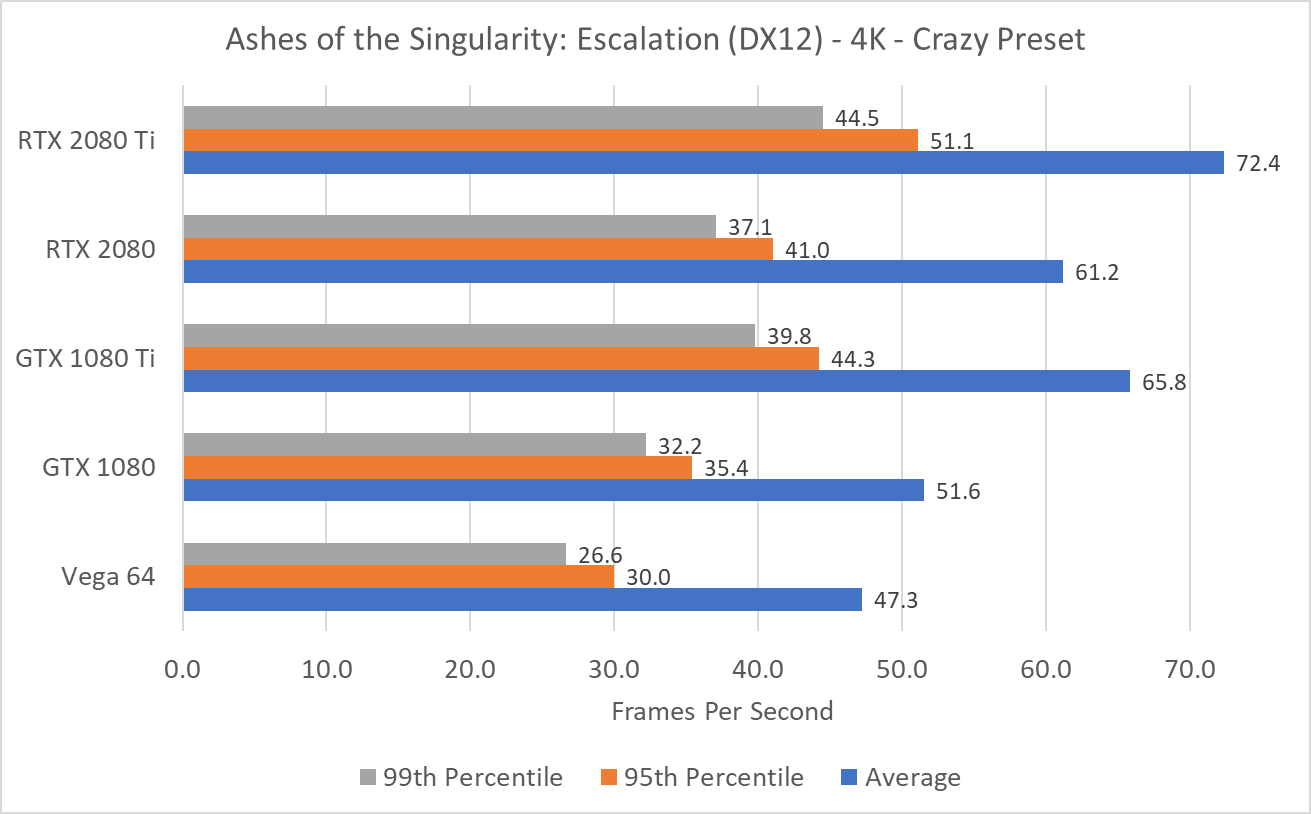 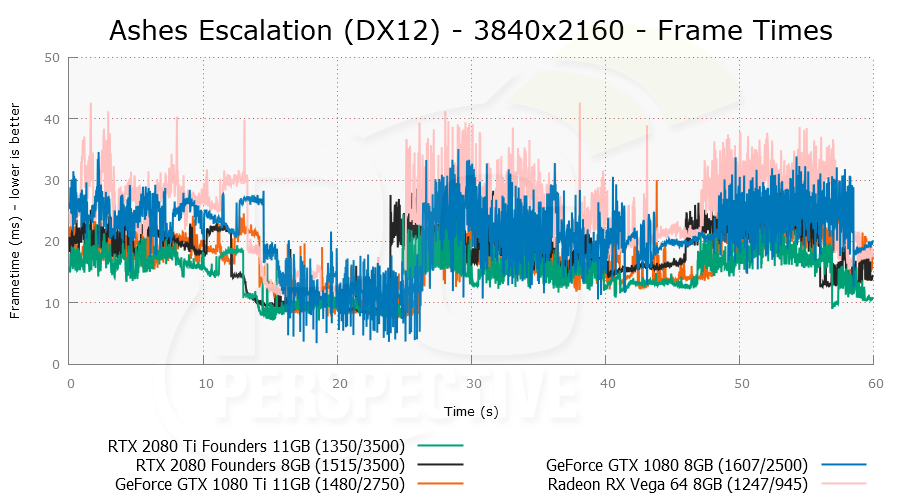 Ashes of the Singularity: Escalation provides our first look at a game exhibiting the same sort of performance regressions we saw with Unigine Superposition. This time, we see a sizable, 7% deficit in performance comparing the GTX 1080 Ti to the RTX 2080.

Even the RTX 2080 Ti doesn't see a huge performance advantage over the GTX 1080 Ti, limited to a 10% improvement in average frame rate. 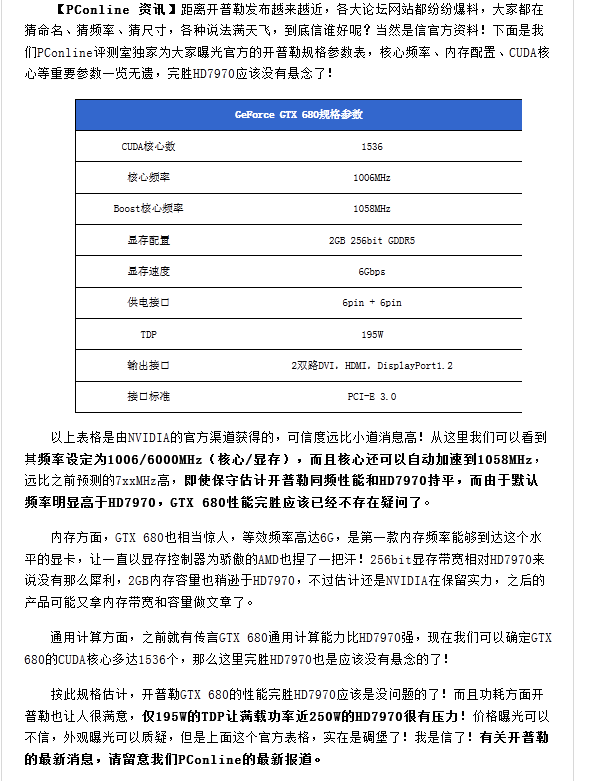