Consumer processors weren't the only Intel products to see an update today, as Intel announced updates to their HEDT lineup, as well as a new platform for their 28-core processor previously announced at Computex.

First is the Xeon W-3175X, which readers will remember from the now infamous Intel demonstration at Computex, featuring a 5 GHz overclock achieved through the use of a 1HP water chiller.

Today we were introduced to the final product iteration of this 28-core demo, the Xeon W-3175X. Utilizing the same C621 chipset, this processor is essentially a Xeon Platinum 8180 which launched in late 2017 but with an unlocked multiplier and running at higher clock speeds.

Given that current lack of LGA3647-based workstation motherboards and the TDP increase over the Xeon Scalable processor, this new Xeon-W part will mean the release of all-new motherboards, a sneak peak of which we saw at Computex. ASUS and Gigabyte are said to be the launch partners, with motherboard options to be available in December alongside the processor. 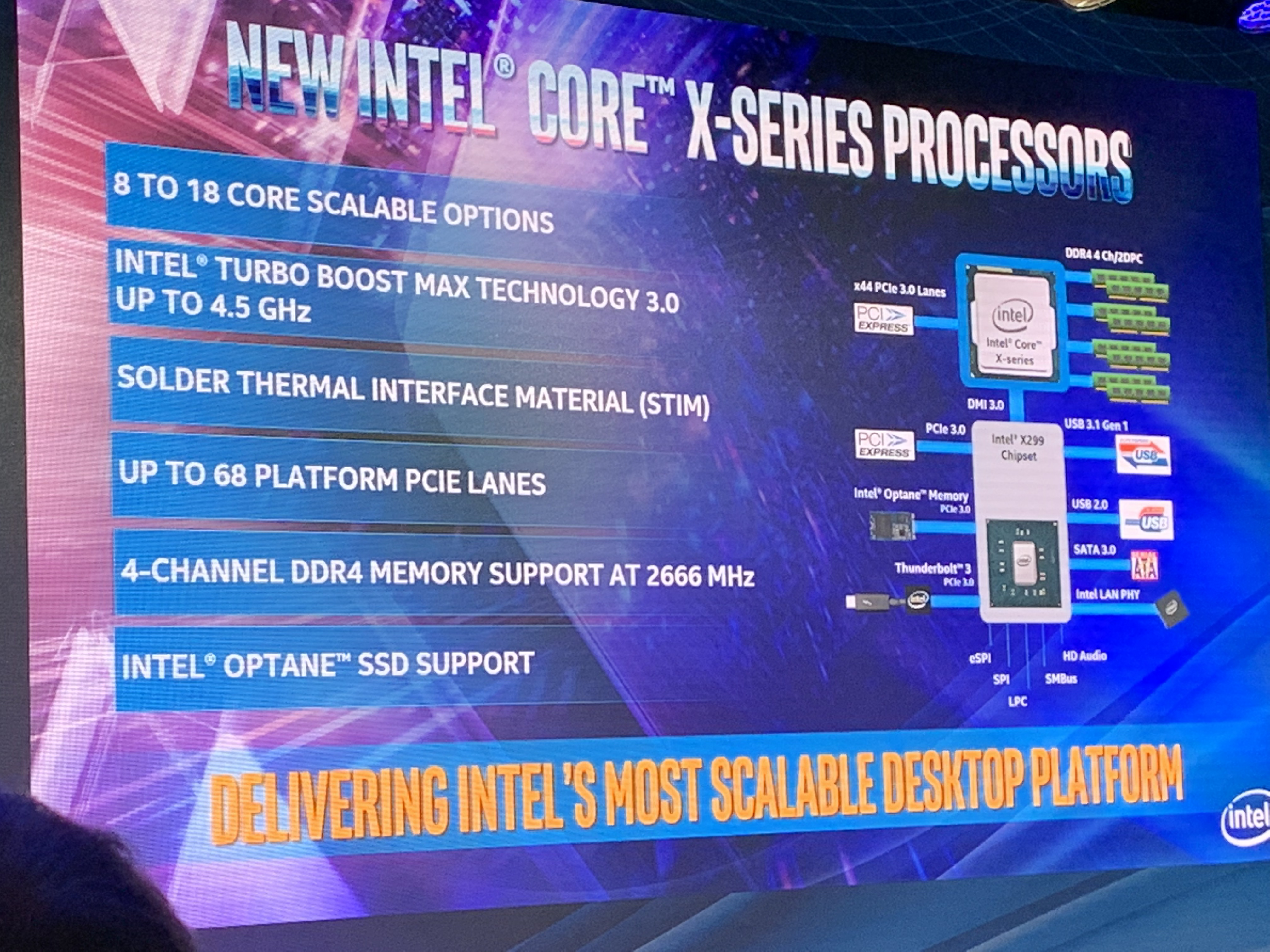 On the slightly more reasonable side, we have the refresh of Intel's X-series HEDT processors. 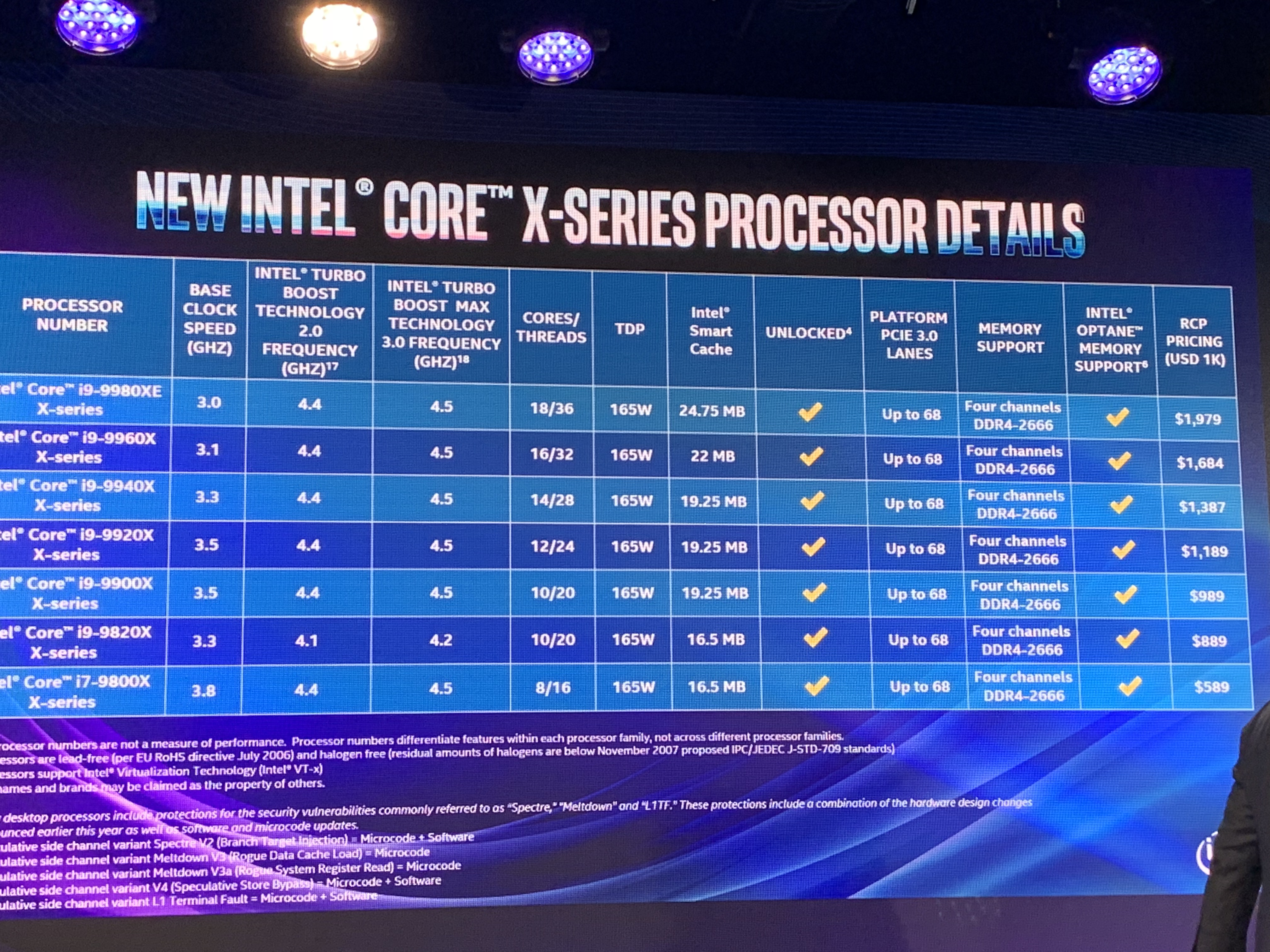 Topping off with the 18-core i9-9980XE, this lineup looks very familiar to Intel's current HEDT lineup, aside from some clock speed and core count increases.

Across the board, we see a 300-400 MHz increase on the base clocks of these new parts compared to the previous generation, as well as a 200-300 MHz to the Turbo Boost 2.0 clock speeds. 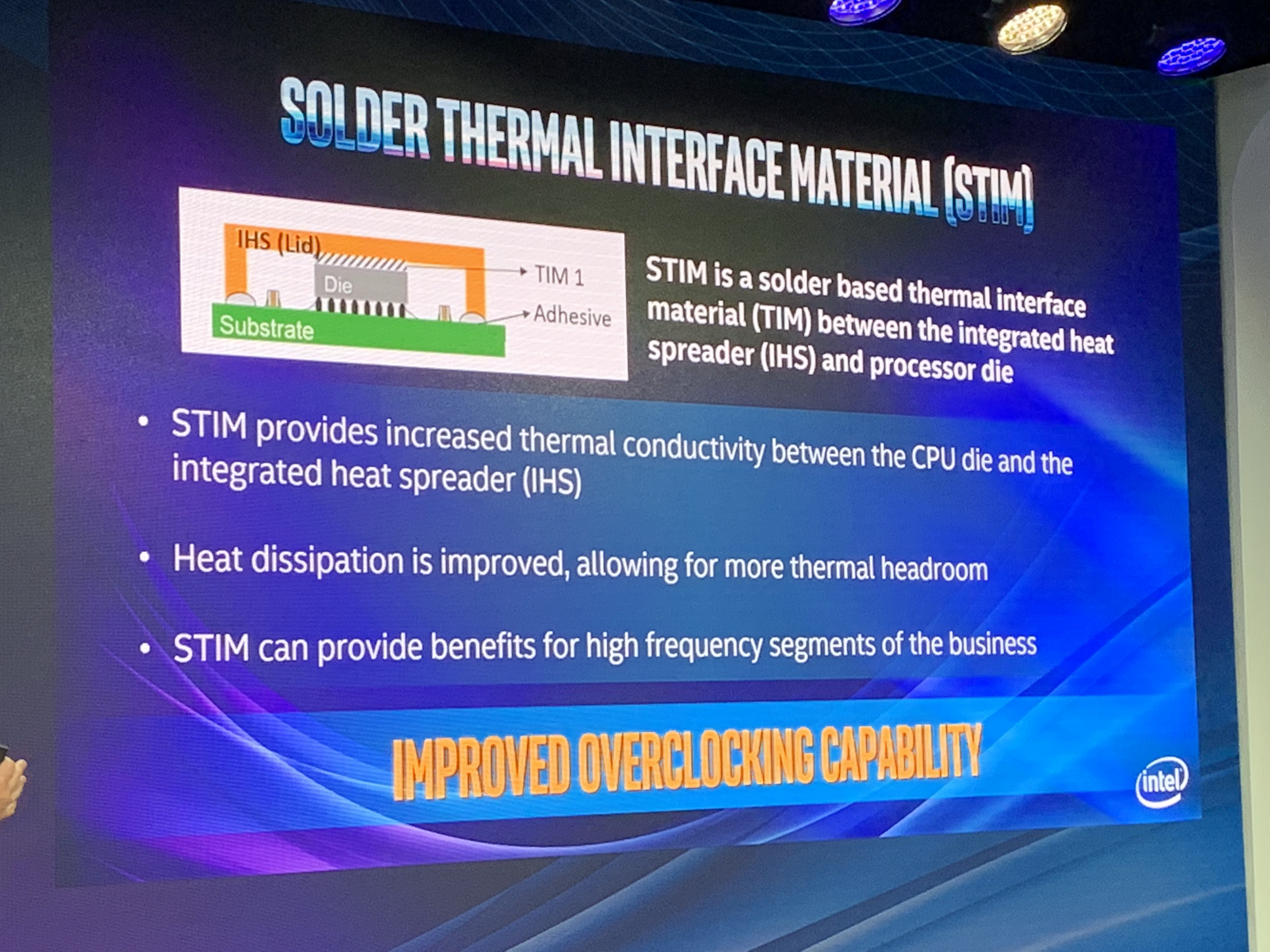 The X-series processors will once again feature a soldered connection between the die and heatspreader for increased thermal performance.

These new X-series processors will continue to use the X299 platform, although we expect to see a few newly revised motherboards based on the X299 chipset from partners as we have for other HEDT launches.

While the new 9th generation consumer CPUs feature a combination of hardware, software, and microcode updates for side-channel attack vulnerabilities like Spectre and Meltdown, both the new X-series CPUs as well as the Xeon W-3175X only feature microcode and software fixes as detailed below: 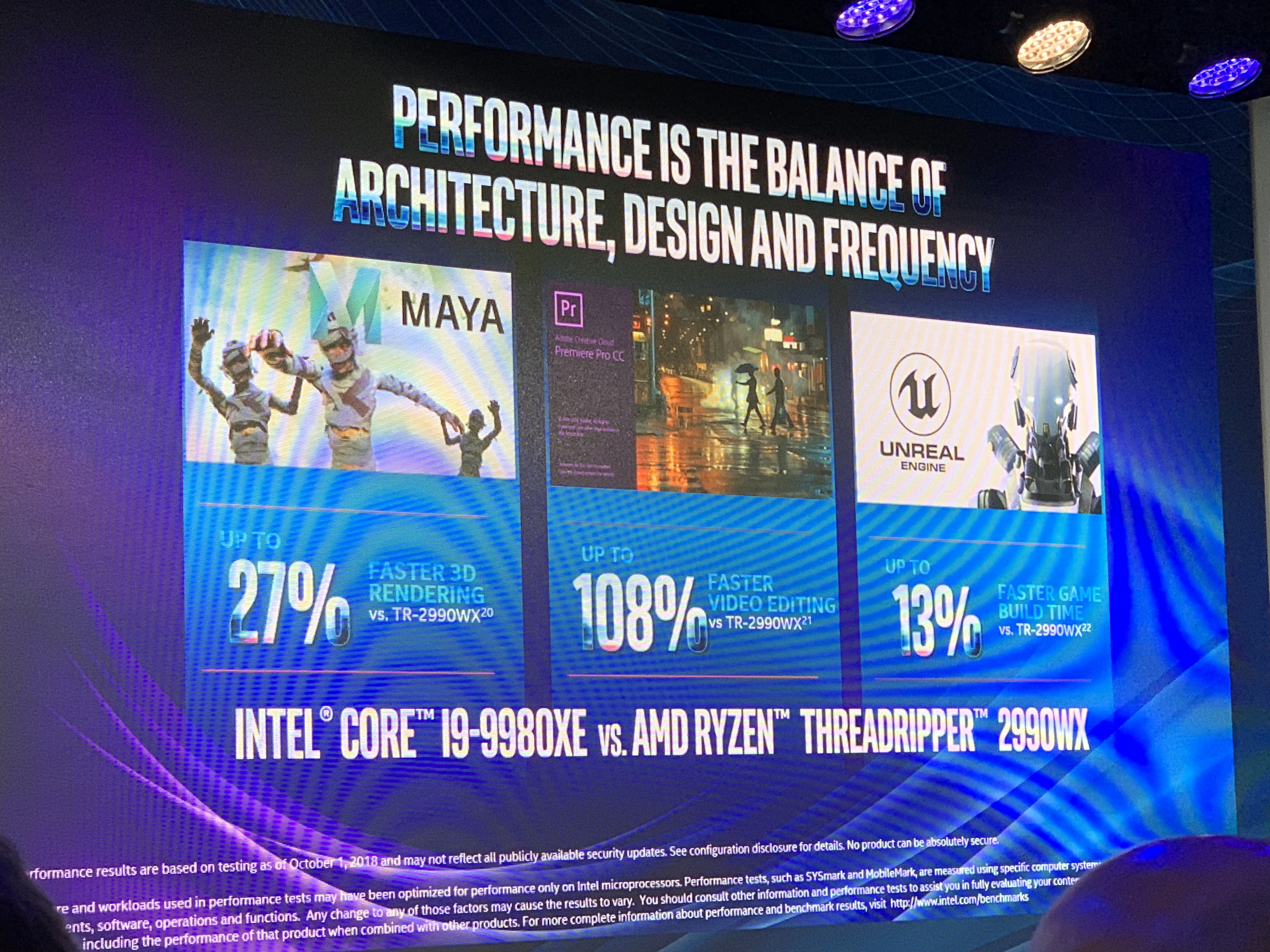 One of the points that Intel stressed this morning when announcing these new products is the importance of their Mesh architecture as compared to AMD's Infinity Fabric-based solution to core count scaling.

Intel claims the performance benefits that the unified memory architecture, where all cores can access memory, provides over the Threadripper 2990WX are significant in some applications including Autodesk Maya, Adobe Premiere Pro, and Unreal Engine build times.
In general, the announcements of these high-core count processors are relatively tame compared to the updates that Intel's consumer desktop CPUs saw today. AMD has been very aggressive with their second generation Threadripper processors in term of pricing and performance, so it will be interesting to see how these new Intel X-series processors change the HEDT market outlook.
As for the 28-core Xeon-W part, it seems odd for Intel to be launching a whole new desktop platform in-order to compete with the likes of the 24 and 32-core second generation Threadripper processors from AMD.
The Xeon W-3175X will be available starting in December, while the new Intel X-series processors will be available in November.