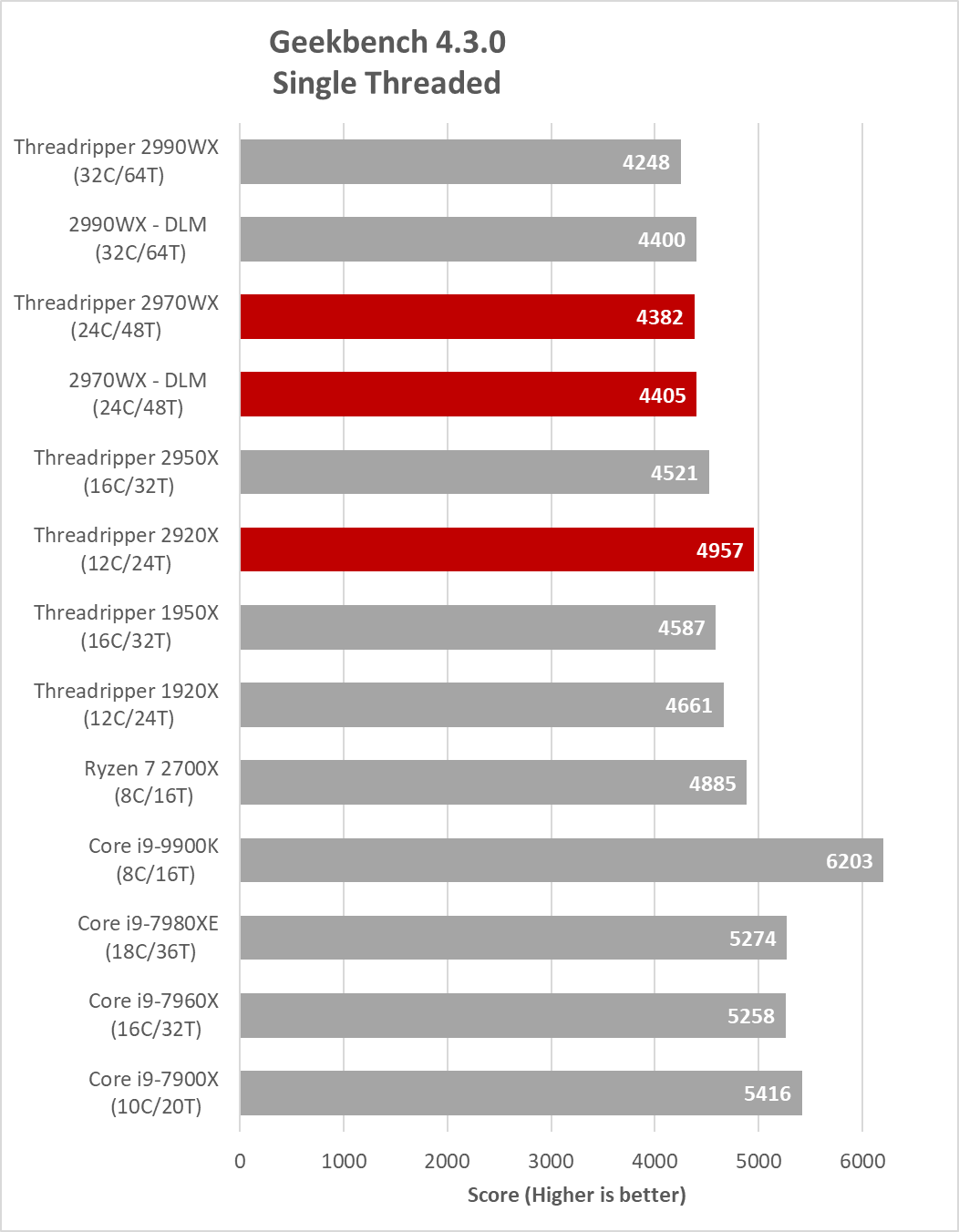 Geekbench's single-thread benchmarks show the Threadripper 2920X leading the rest of the Threadripper CPUs by at least 10%. However, this still comes in around 6% short of the Skylake-X based Intel processors.

In both standard and Dynamic Local Mode, the 2970WX performs similarly to most other Threadripper CPUs, with around a 2% performance deficit. 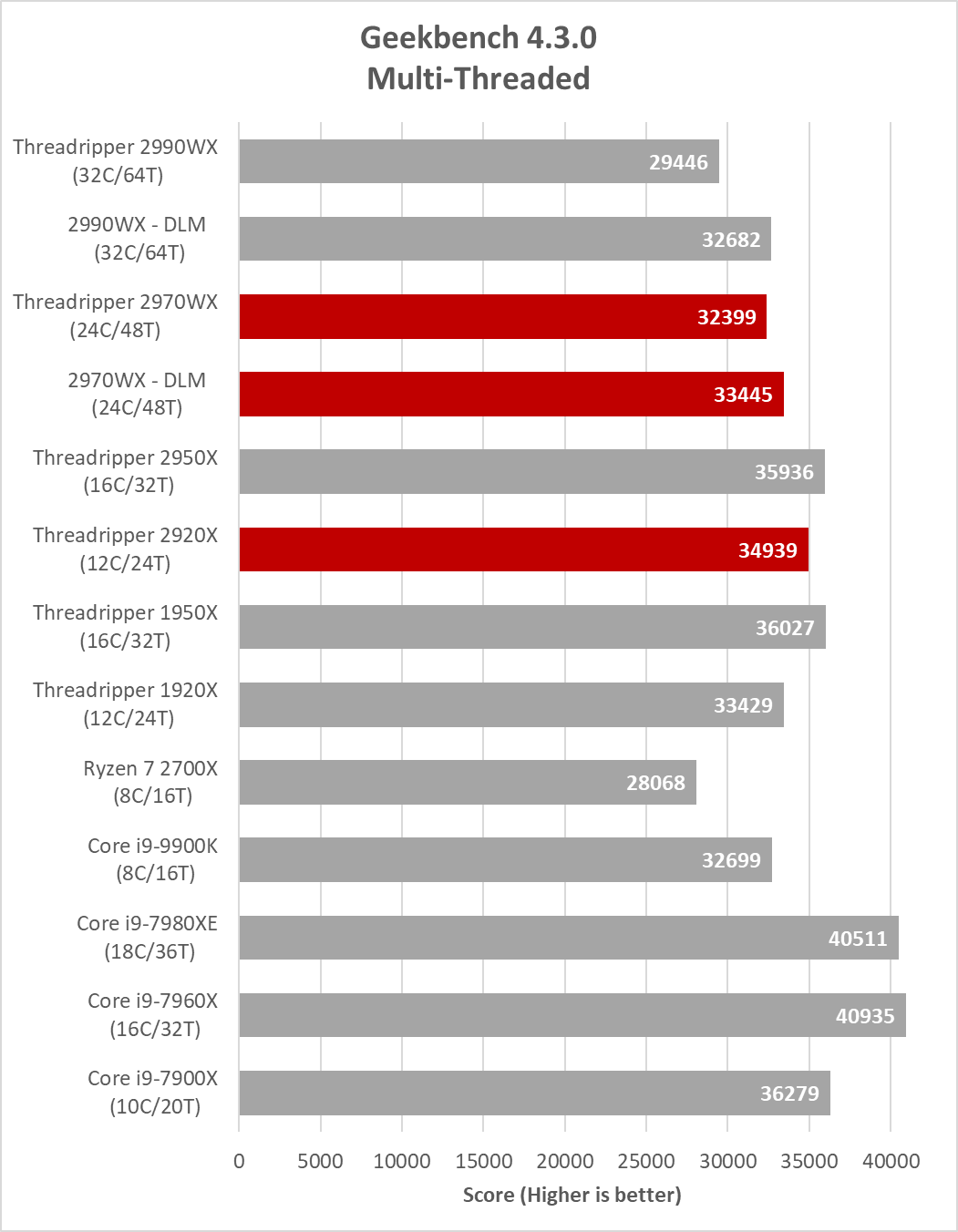 In multi-thread testing, we see the that the slight edge Dynamic Local mode gave the 2970WX in the single-threaded score scales well, contributing to a 3% performance difference versus the stock configuration.

Unsurprisingly, the 2920X doesn't show well in multi-threaded testing, leaving only a 6% advantage over the newly launched 8-core Intel i9-9900K.

Since at this point, the R15 version of the Cinema 4D that Cinebench utilizes is four years out of date from the mainline Cinema 4D application, we are now considering Cinebench as a synthetic benchmark, rather than a real-world rendering application. 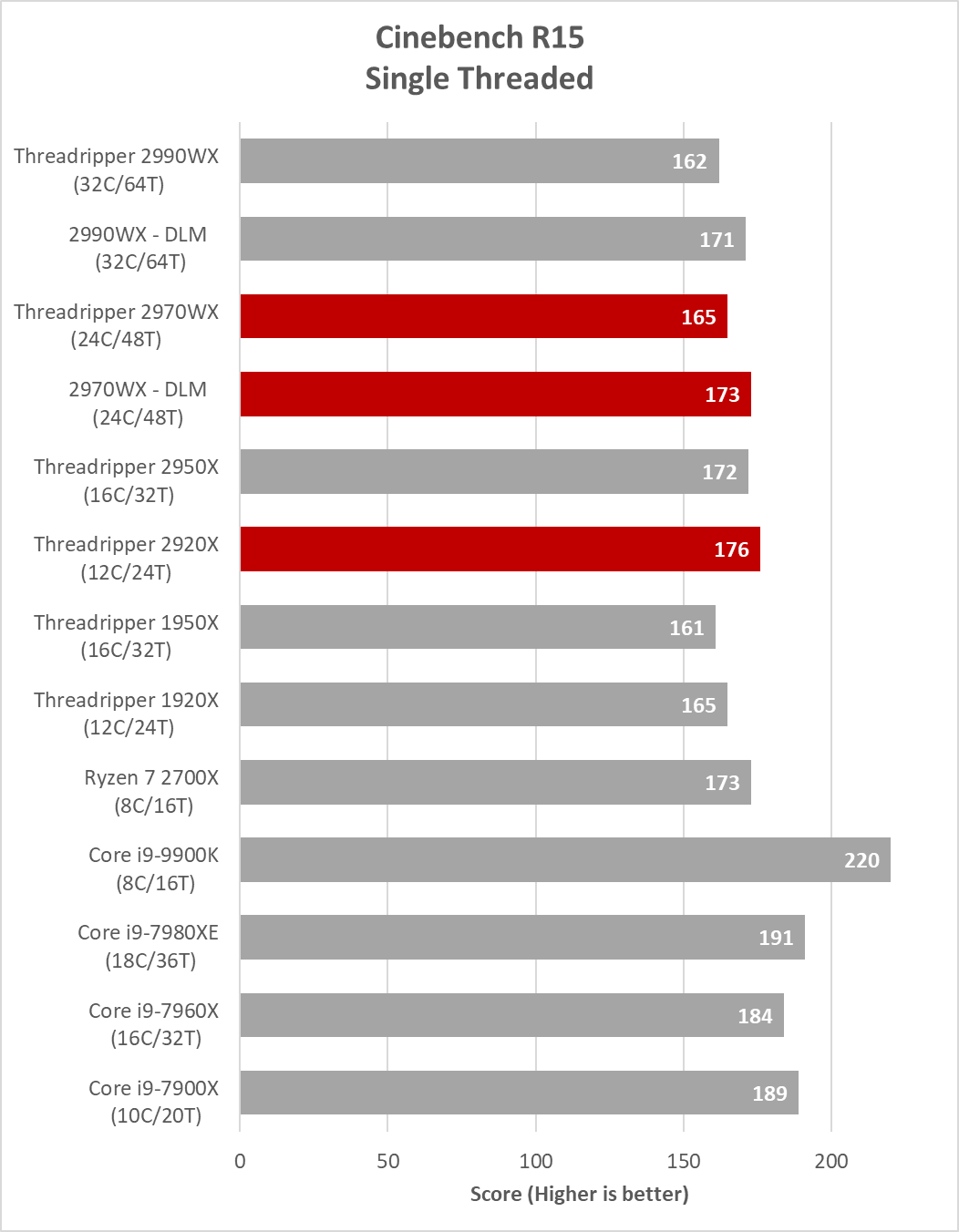 The Ryzen Threadripper 2920X manages to achieve the single highest single-threaded score from AMD in this test, around 2% faster than the Ryzen 7 2700X. 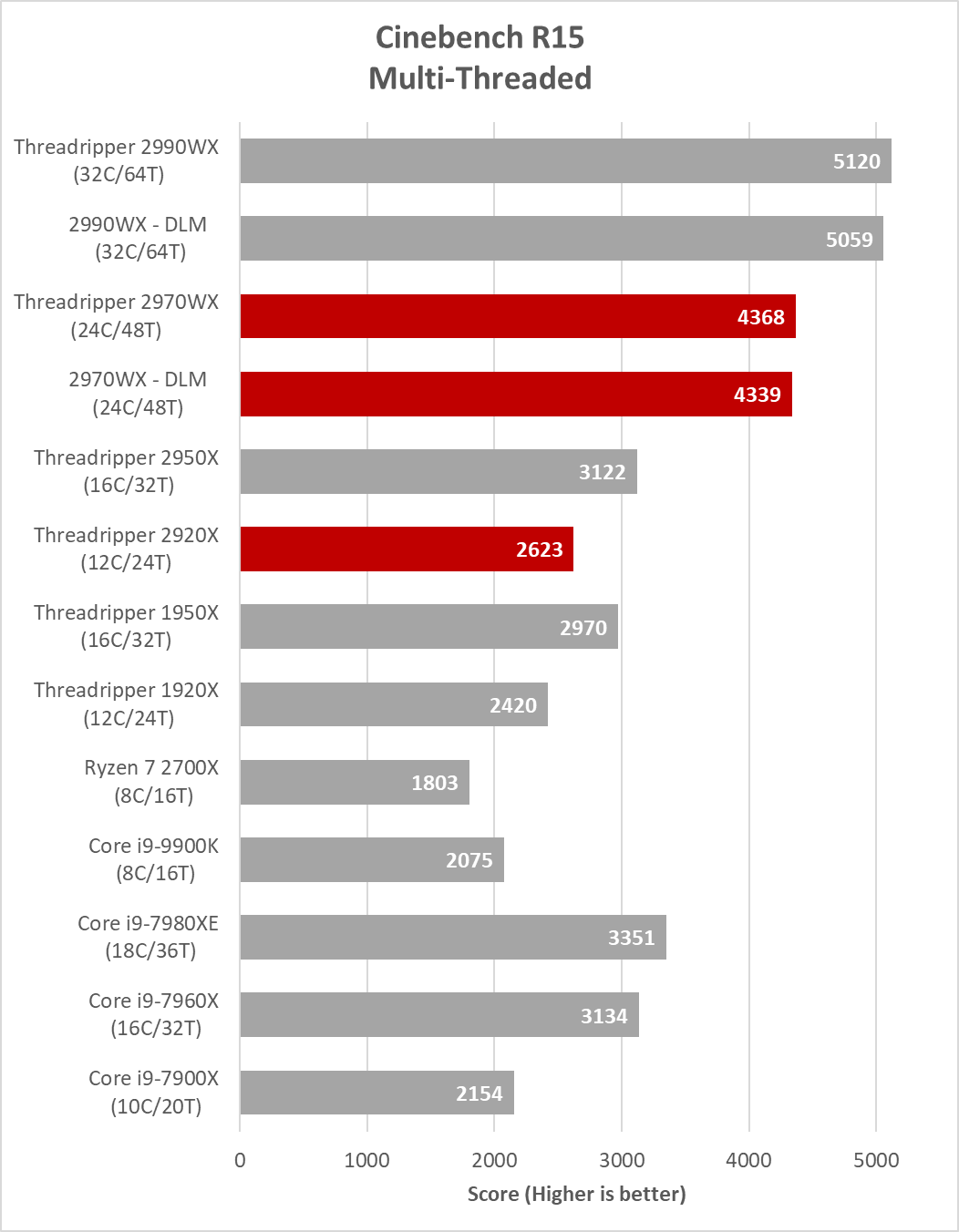 When testing with all core in Cinebench, the Threadripper 2970WX manages to provide an almost 30% performance over Intel's highest-end consumer part, the i9-7980XE.