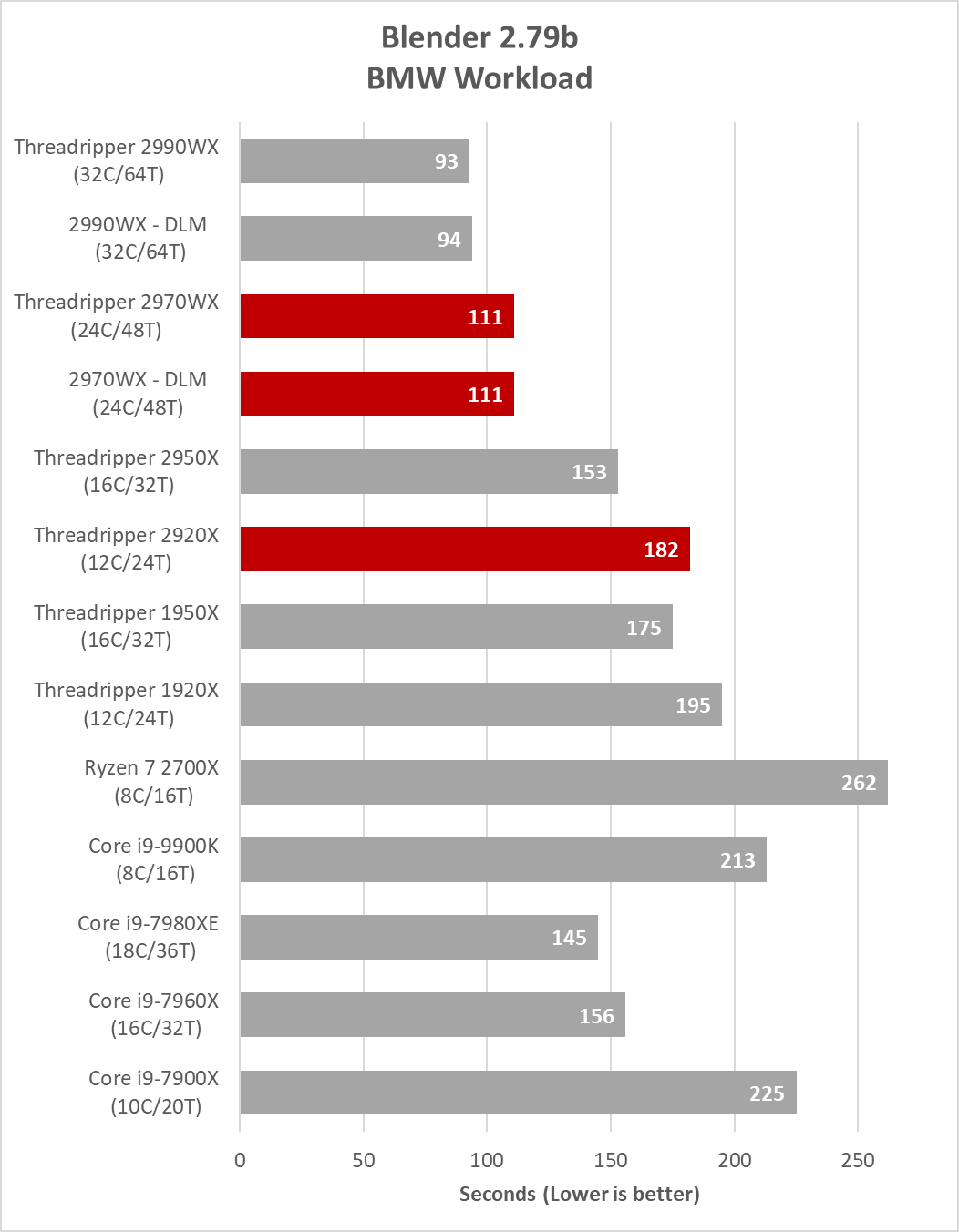 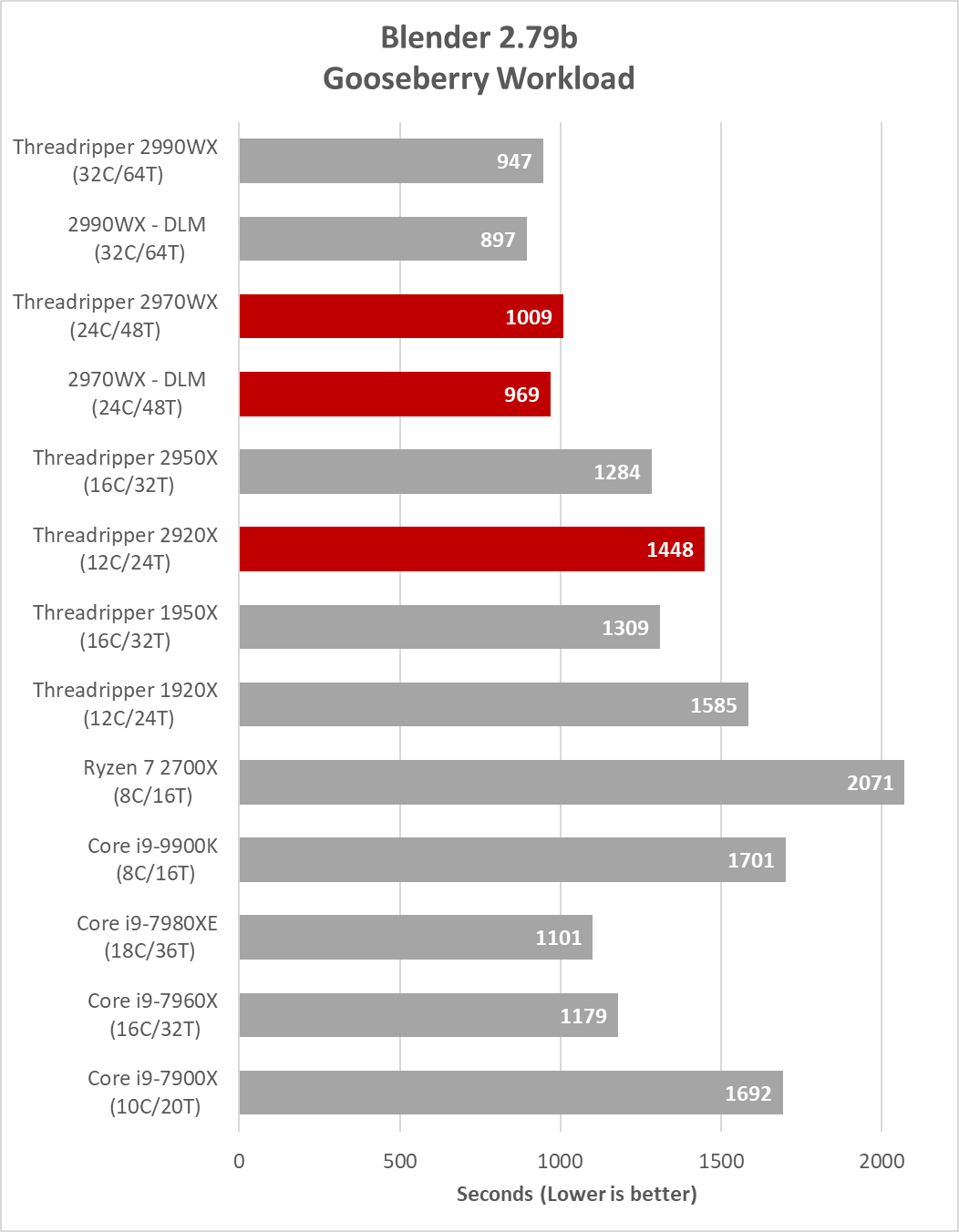 Interestingly, while Dynamic Local mode provides no advantage to the 2970WX in the BMW workload, we see a 4% advantage in the Gooseberry workload. 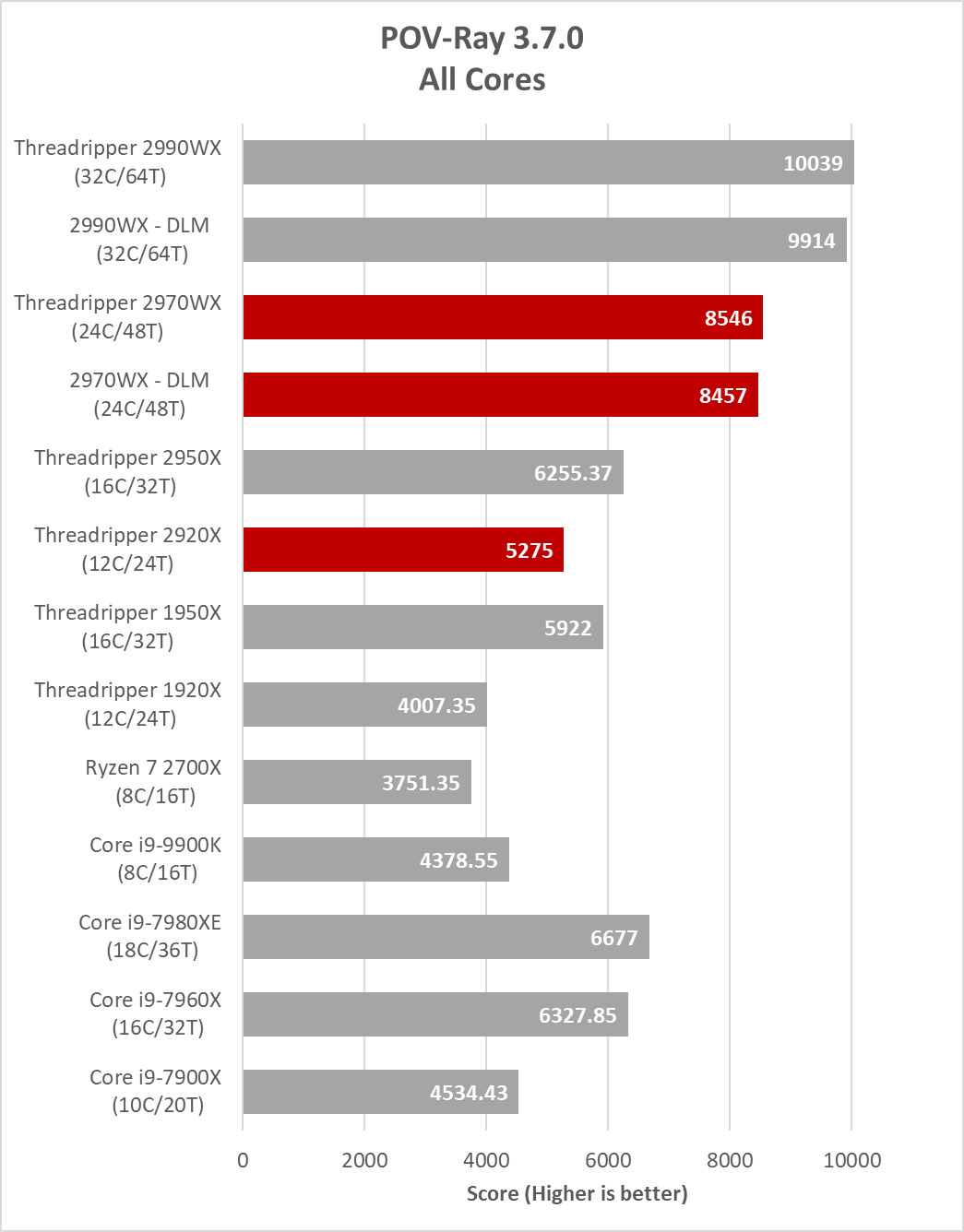 POV-Ray running in all core mode continues to show the advantages that AMD's higher core count can offer in rendering workloads. The 2970WX provides a 27% advantage over the $700 more expensive i9-7980XE. However, in this test, we see a slight performance disadvantage from enabling of Dynamic Local mode. 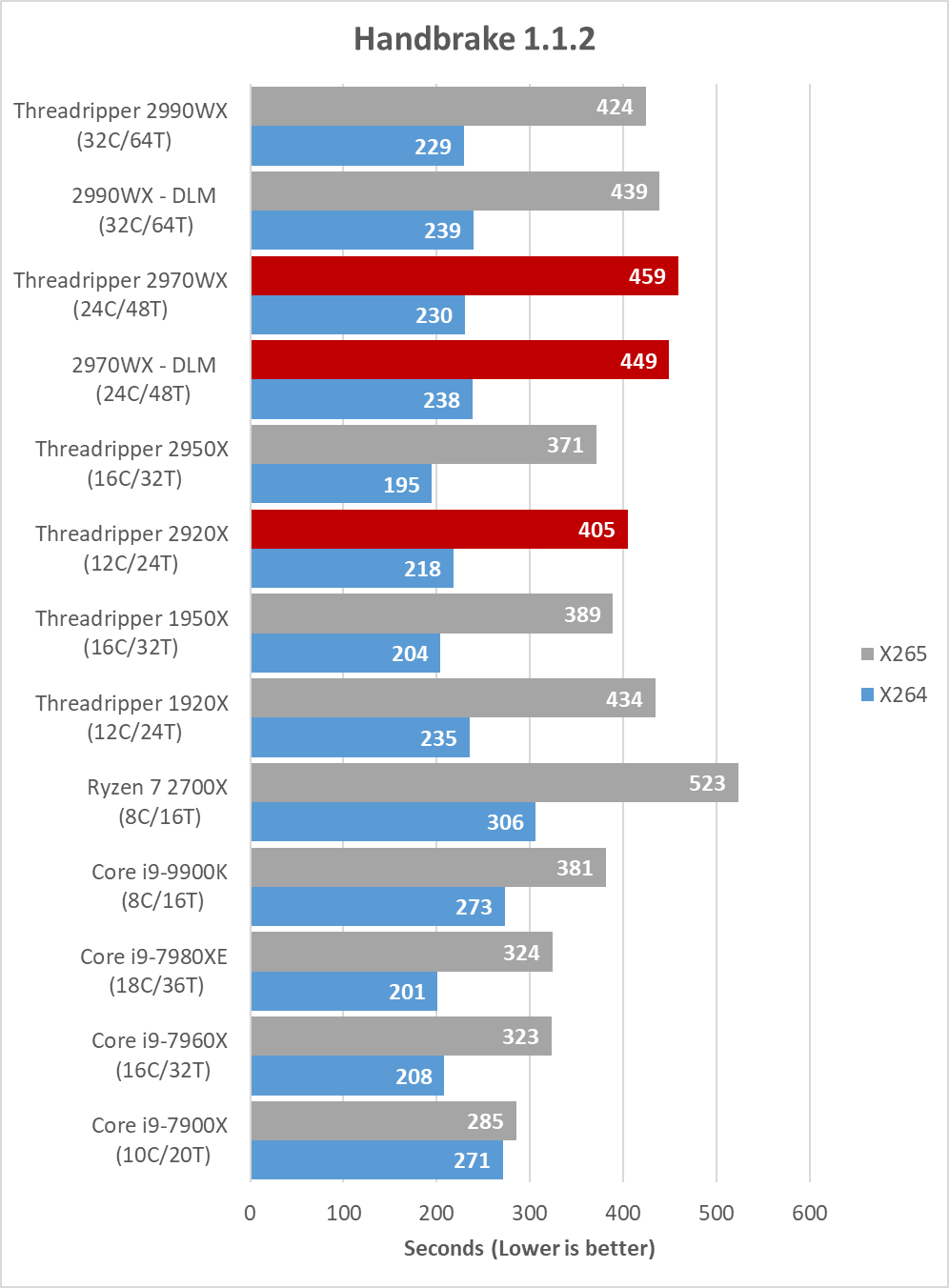 Handbrake encoding is tested with a 4K 100mbps source file, and is transcoded to 1080p with a constant quality of 10mbps in a single pass encode. The encoders used are the X264 and X265 encoders bundled with Handbrake. 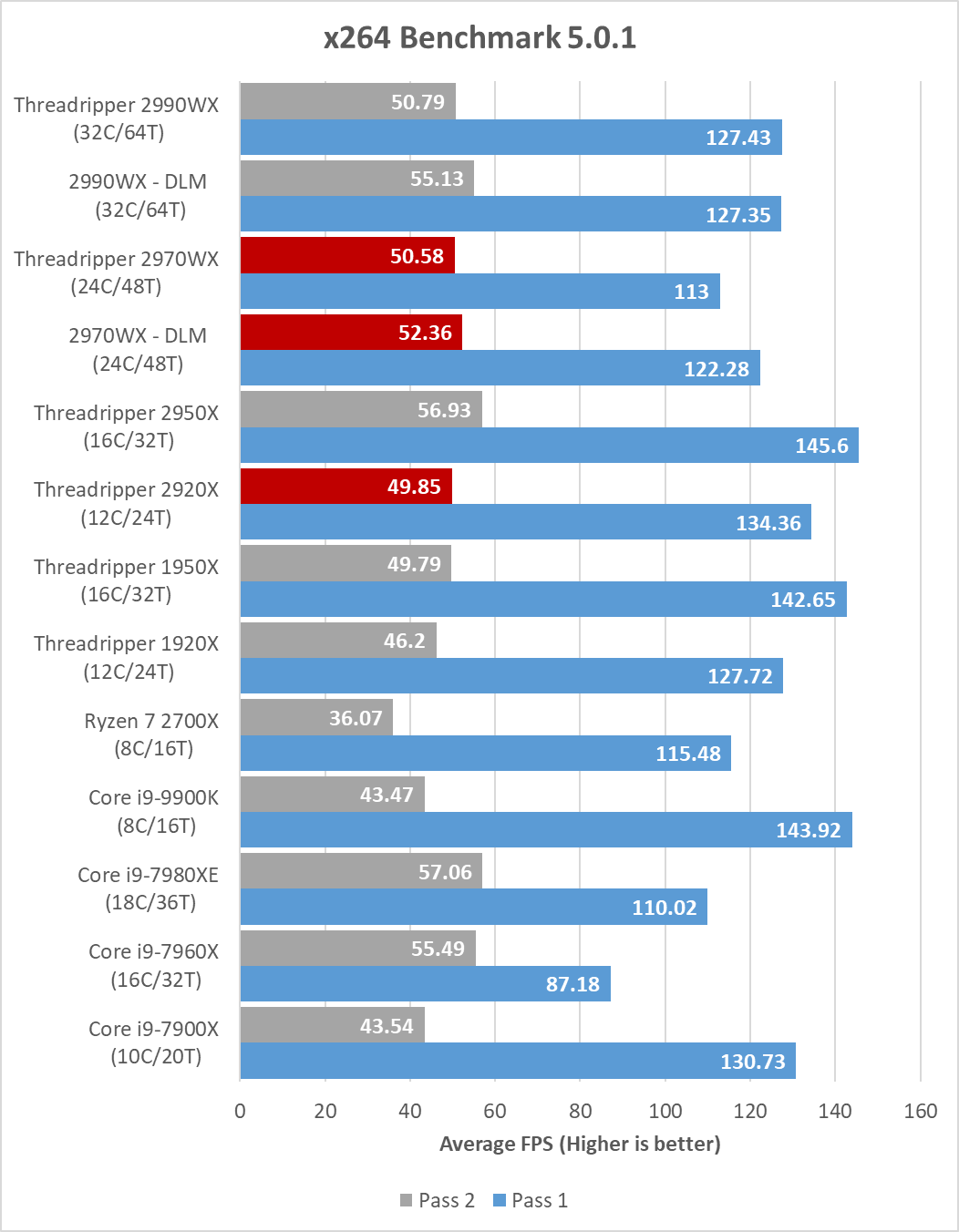 Similarly, in X264 benchmark, we see a tradeoff between the Intel Skylake-X CPUs despite their core count deficit, and the Threadripper processors. The i9-7980XE is 9% faster in pass 1, but 10% slower in Pass 2 when compared to the Threadripper 2970WX.

A new test for us at PC Perspective, the V-Ray Benchmark evaluates rendering capability for a given CPU with the V-Ray engine, which is a popular add-on renderer available for many 3D design programs like 3DS Max, Maya, and Revit. 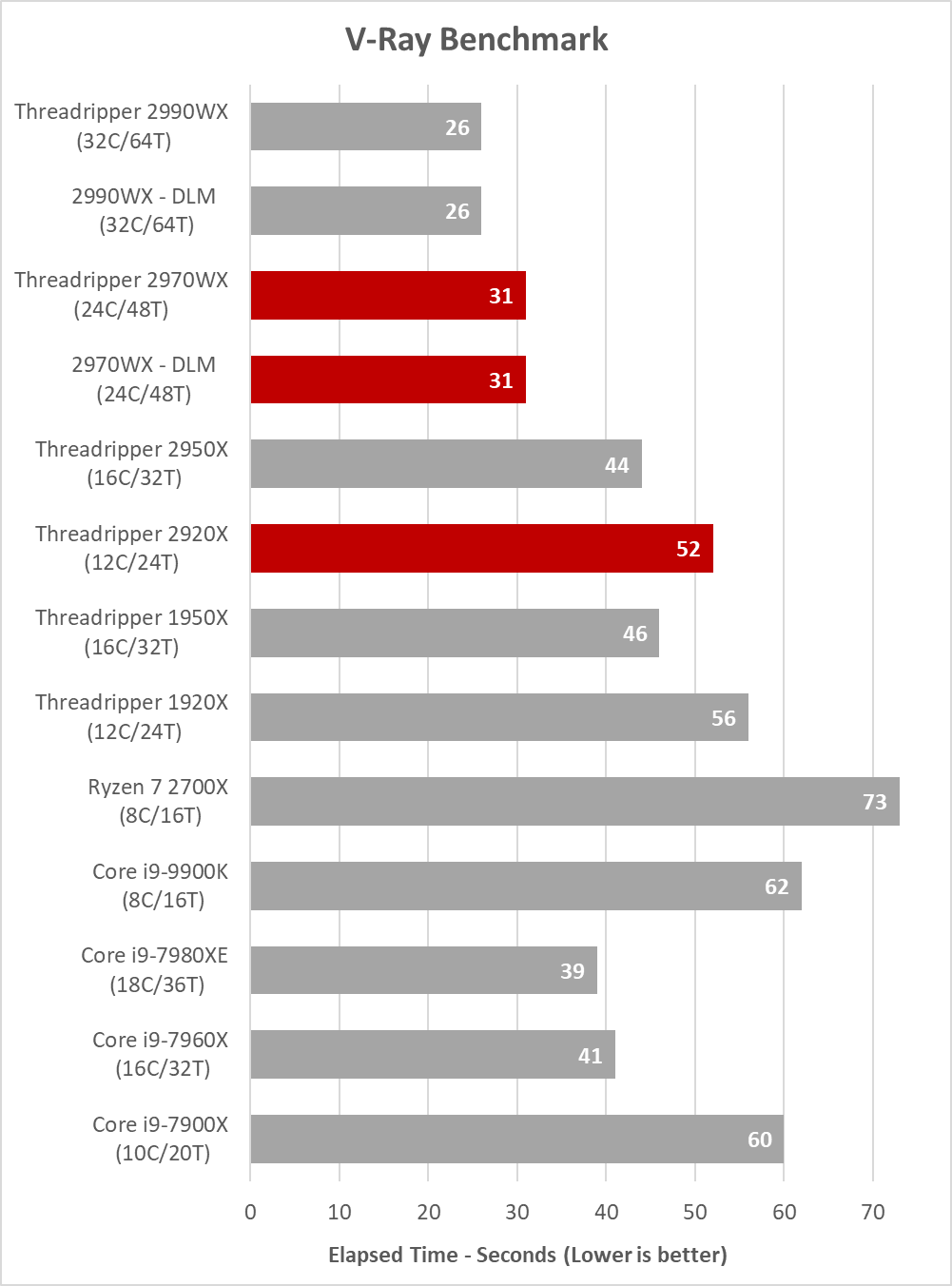