RFO Benchmark is a community developed series of scripts that can be used to evaluate system-level performance in Revit, the popular building information modeling software from Autodesk used primarily by those in the Architecture fields.

This benchmark tests several different aspects of Revit functionality, which stress the system in different ways including the following subtests: 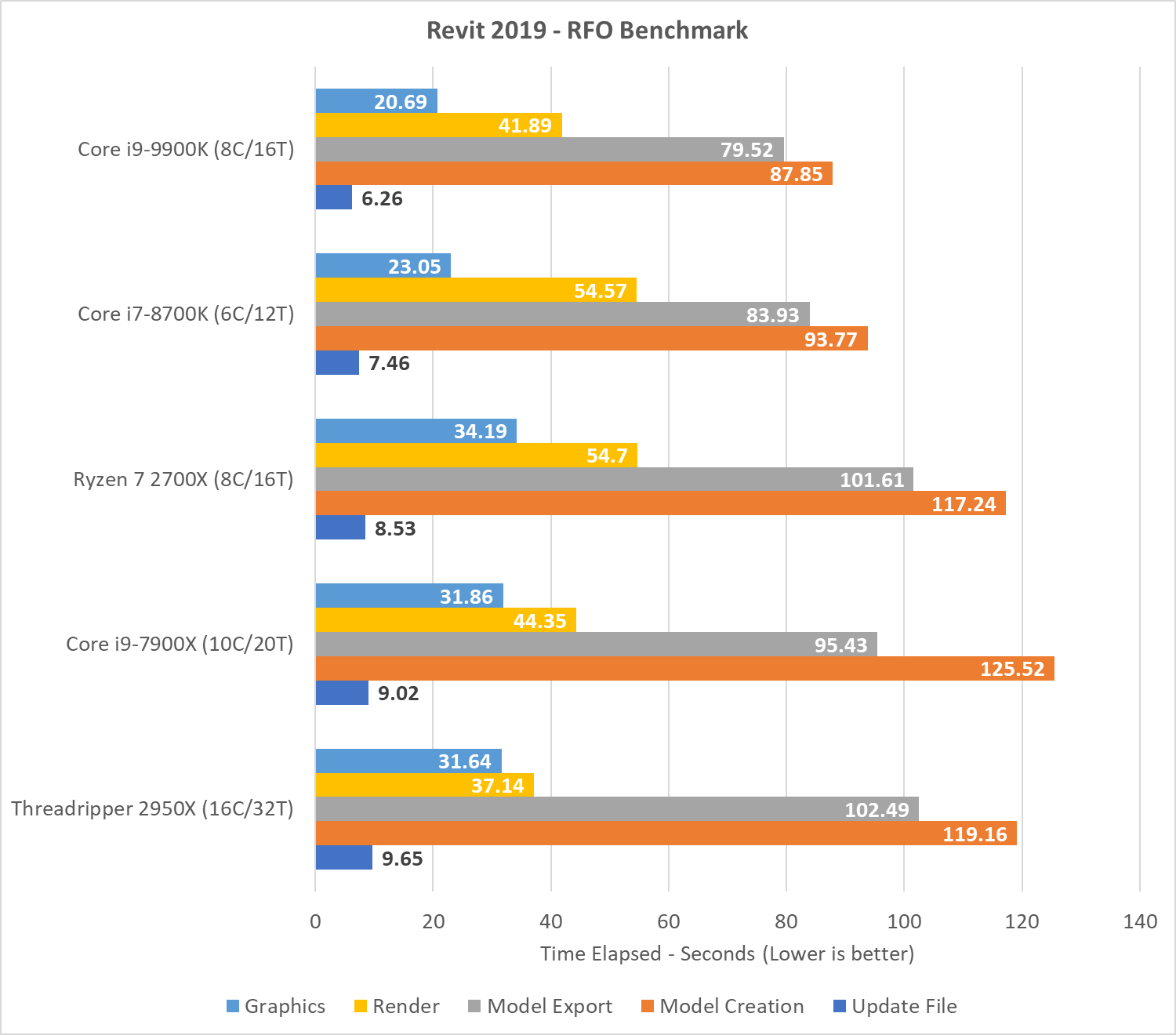 RFO Benchmarks shows a clear advantage to the i9-9900K in typical usage scenarios for designers inside of Revit. Interestingly, the model creation workload, where users would spend most of their time in this application, is substantially worse on the higher core count processors.

One of the more overlooked aspects of single-threaded performance is disk throughput. As disks get faster and faster, a single application thread can struggle to achieve full bandwidth in some scenarios. 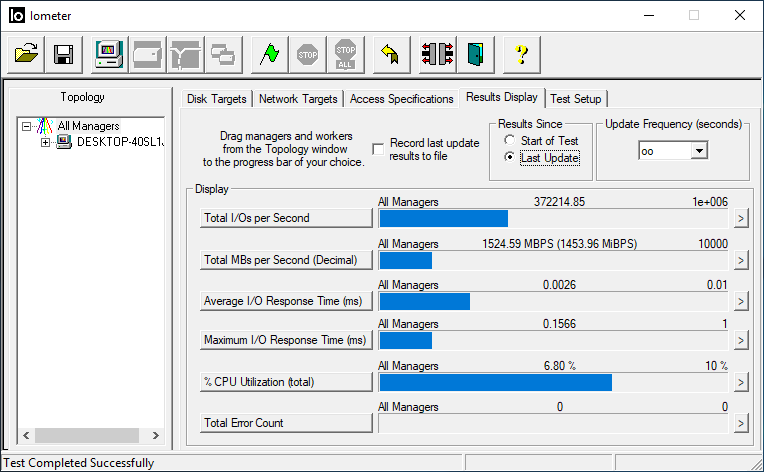 In order to evaluate this, we are running a RAM disk of 1024MB on the host machine using the Softperfect RAM disk application, and then testing throughput in IOMeter with a 100% random 4K workload. Since a RAM disk is the fastest possible storage device, this will give us an idea of how IOPS scale with single-threaded processor performance. 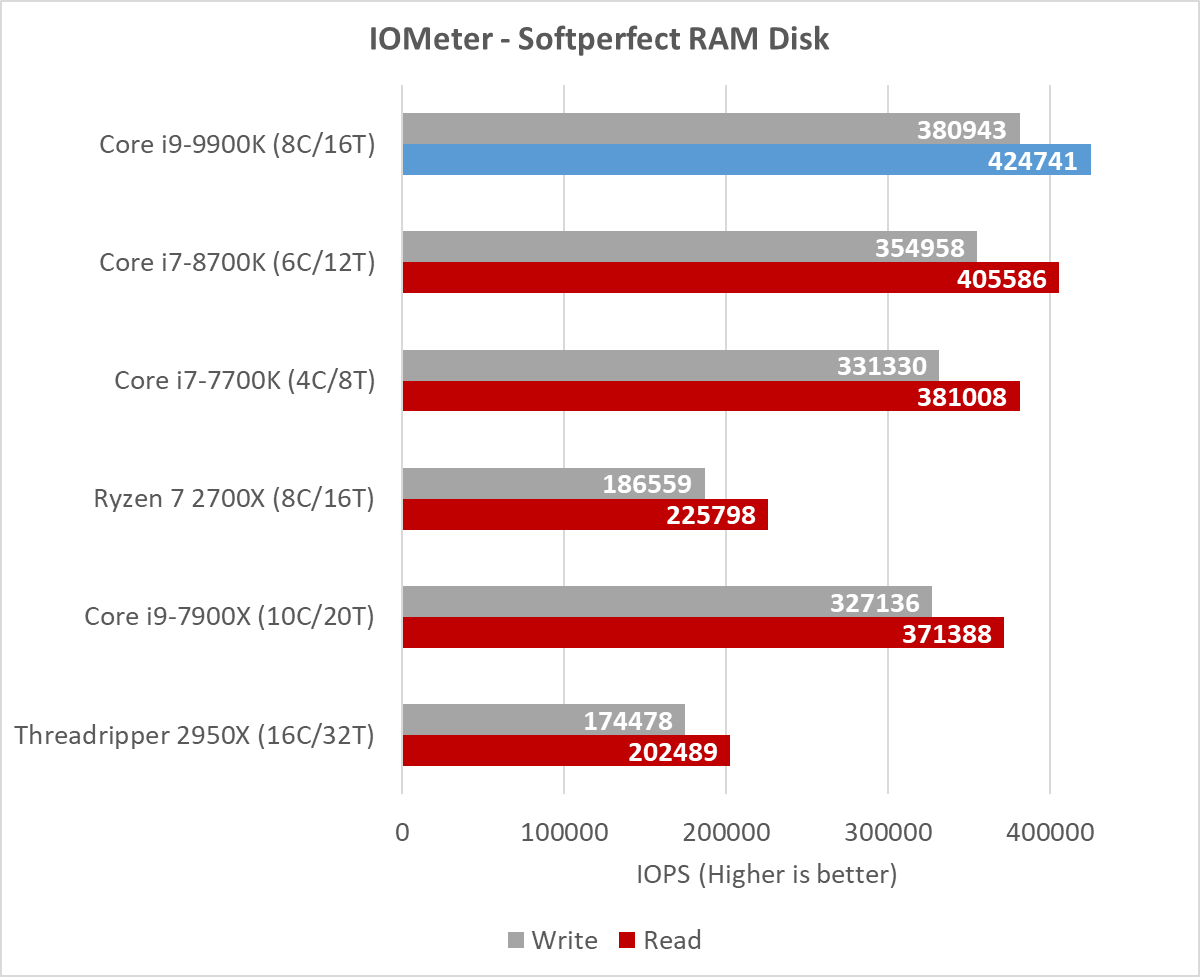 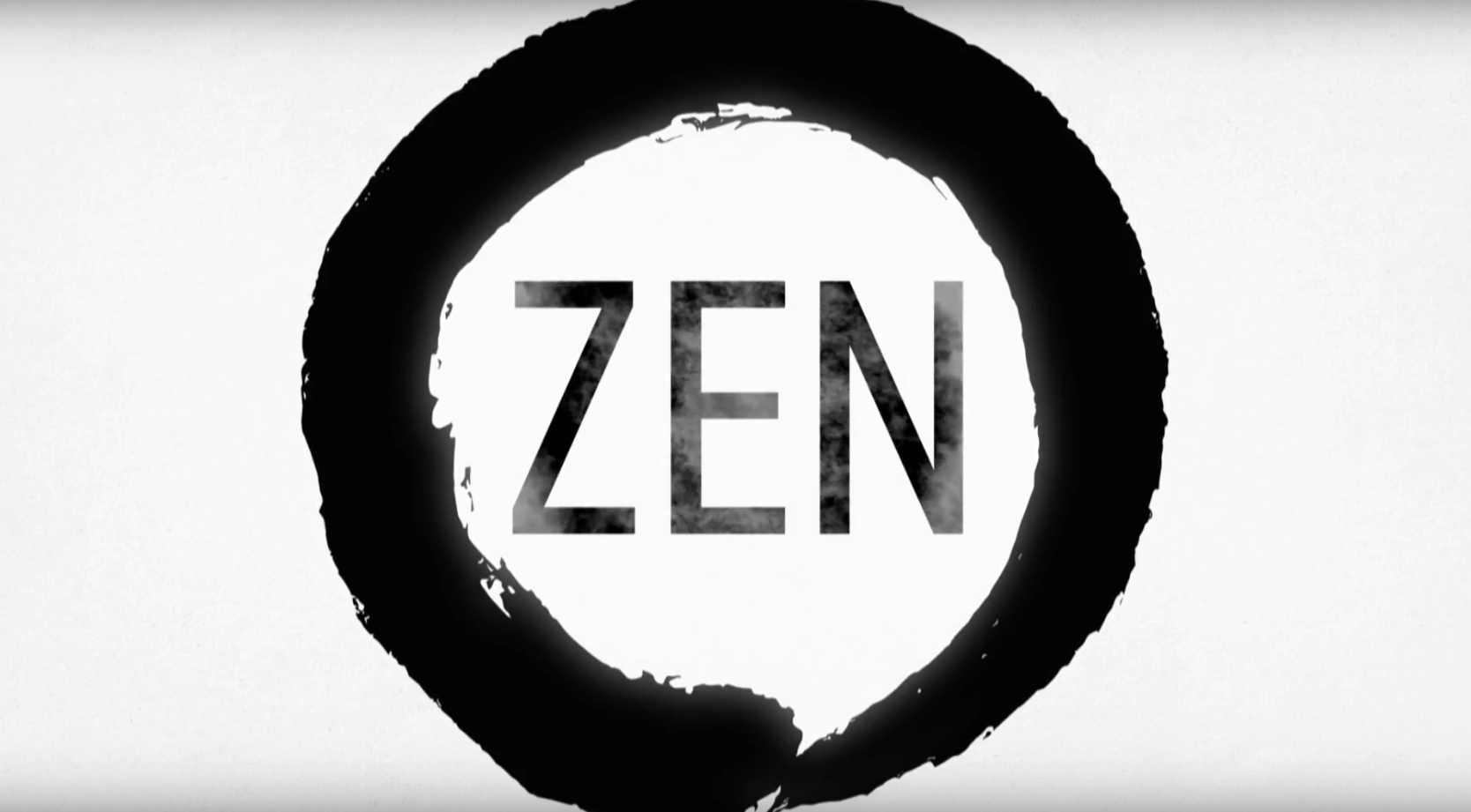