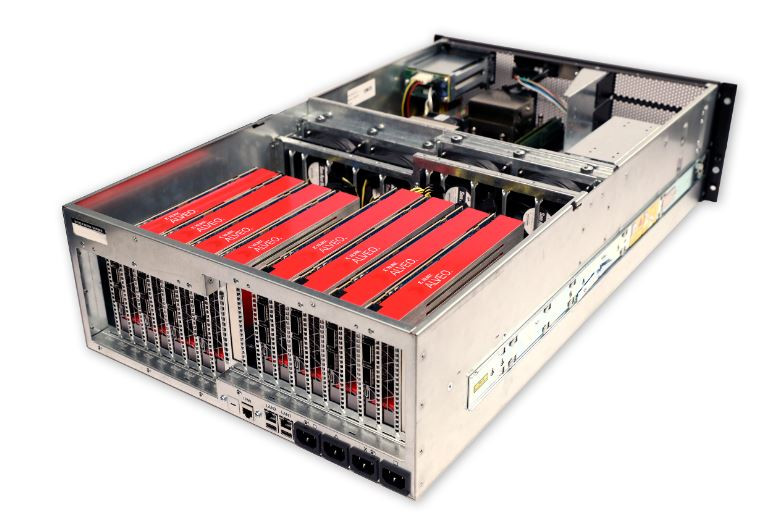 During the Xilinx Developer Forum in San Jose earlier this week, Xilinx showed off a server built in partnership with AMD that uses FPGA-based hardware acceleration cards to break an inference record in GoogLeNet by hitting up to 30,000 images per second in total high-performance AI inference throughput. GoogLeNet is a 22 layer deep convolutional neural network (PDF) that was started as a project for the ImageNet Large Scale Visual Recognition Challenge in 2014.

Xilinx was able to achieve such high performance while maintaining low latency windows by using eight of its Alveo U250 acceleration add-in-cards that use FPGAs based on its 16nm UltraScale architecture. The cards are hosted by a dual socket AMD server motherboard with two Epyc 7551 processors and eight channels of DDR4 memory. The AMD-based system has two 32 core (64 threads) Zen architecture processors (180W) each clocked at 2 GHz (2.55 GHz all core turbo and 3 GHz maximum turbo) with 64 MB L3, memory controllers supporting up to 2TB per socket of DDR4 memory (341 GB/s of bandwidth in a two socket configuration), and 128 PCI-Express lanes. The Xilinx Alveo U250 cards offer up to 33.3 INT8 TOPs and feature 54MB SRAM (38TB/s) and 64GB of off-chip memory (77GB/s). Interfaces include the PCI-E 3.0 x16 connection as well as two QSFP28 (100GbE) connections. The cards are rated at 225W TDPs and cost a whopping $12,995 MSRP each. The FPGA cards alone push the system well into the six-figure range before including the Epyc server CPUs, all that system memory, and the other base components. It is not likely you will see this system in your next Tesla any time soon, but it is a nice proof of concept at what future technology generations may be able to achieve at much more economical price points and used for AI inference tasks in everyday life (driver assistance, medical imaging, big data analytics driving market research that influences consumer pricing, etc). 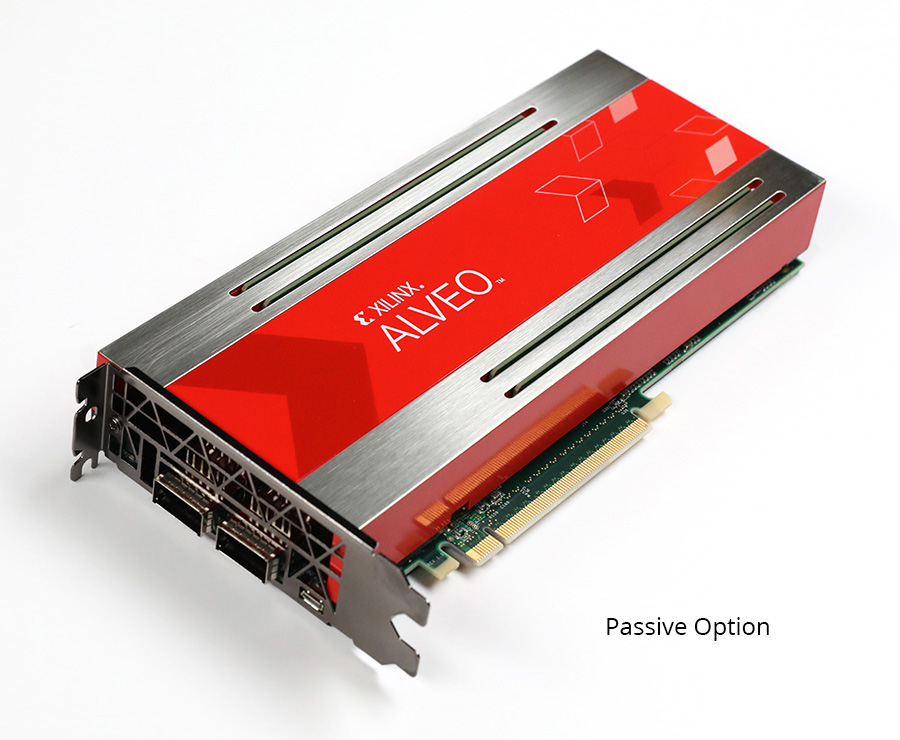 Interestingly, this system may hold the current record, but it is not likely to last very long even against Xilinx’s own hardware. Specifically, Xilinx’s Versal ACAP cards (set to release in the second half of next year) are slated to hit up to 150W TDPs (in the add-in-card models) while being up to eight times faster than Xilinx’s previous FPGAs. The Versal ACAPs will use TSMCs 7nm FinFET node and will combine scalar processing engines (ARM CPUs), adaptable hardware engines (FPGAs with a new full software stack and much faster on-the-fly dynamic reconfiguration), and AI engines (DSPs, SIMD vector cores, and dedicated fixed function units for inference tasks) with a Network on Chip (NoC) and customizable memory hierarchy. Xilinx also has fierce competition on its hands in this huge AI/machine learning/deep neural network market with Intel/Altera and its Stratix FPGAs, AMD and NVIDIA with their GPUs and new AI focused cores, and other specialty hardware accelerator manufacturers including Google with its TPUs. (There's also ARM's Project Trillium for mobile.) I am interested to see what the new AI inference performance bar will be set to by this time next year! 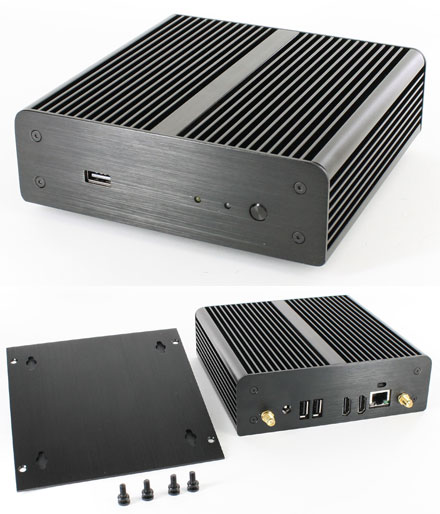 The Quirks of quantum computation