AMD rounds out 2019 with a new mid-range GPU release

While 2018 so far has contained lots of talk about graphics cards, and new GPU architectures, little of this talk has been revolving around AMD. After having launched their long-awaited Vega GPUs in late 2017, AMD has remained mostly quiet on the graphics front.

As we headed into summer 2018, the talk around graphics started to turn to NVIDIA's next generation Turing architecture, the RTX 2070, 2080, and 2080 Ti, and the subsequent price creeps of graphics cards in their given product segment.

However, there has been one segment in particular that has been lacking any excitement in 2018—mid-range GPUs for gamers on a budget.

AMD is aiming to change that today with the release of the RX 590. Join us as we discuss the current state of affordable graphics cards.

With the RX 590, AMD has performed a move that we've more traditionally seen with CPUs rather than GPUs, porting an existing design to a new process node. The process technology in question here is Global Foundries 12nm node, which is a tweaked version of their 14nm technology that the AMD's original Polaris GPUs, and first-generation Ryzen CPUs were based on.

Like we saw with Ryzen earlier this year in the form of the 2000-series processors, AMD with Polaris 30 is porting an existing design to this tweaked process node.

Technical details are a bit short on what exactly has changed with this new Polaris GPU, but the one thing we do know is that clock speeds have seen a substantial jump, with reference RX 590 speeds coming in around 16% faster than the RX 580.

However, a frequency bump seems to be about the only specification change here, Stream Processor count, ROPS, Texture Units, as well as the GDDR5 memory system seem to be unchanged from the RX 580. Interestingly enough, AMD's rated TDP has also gone up 40 Watts with this new GPU. 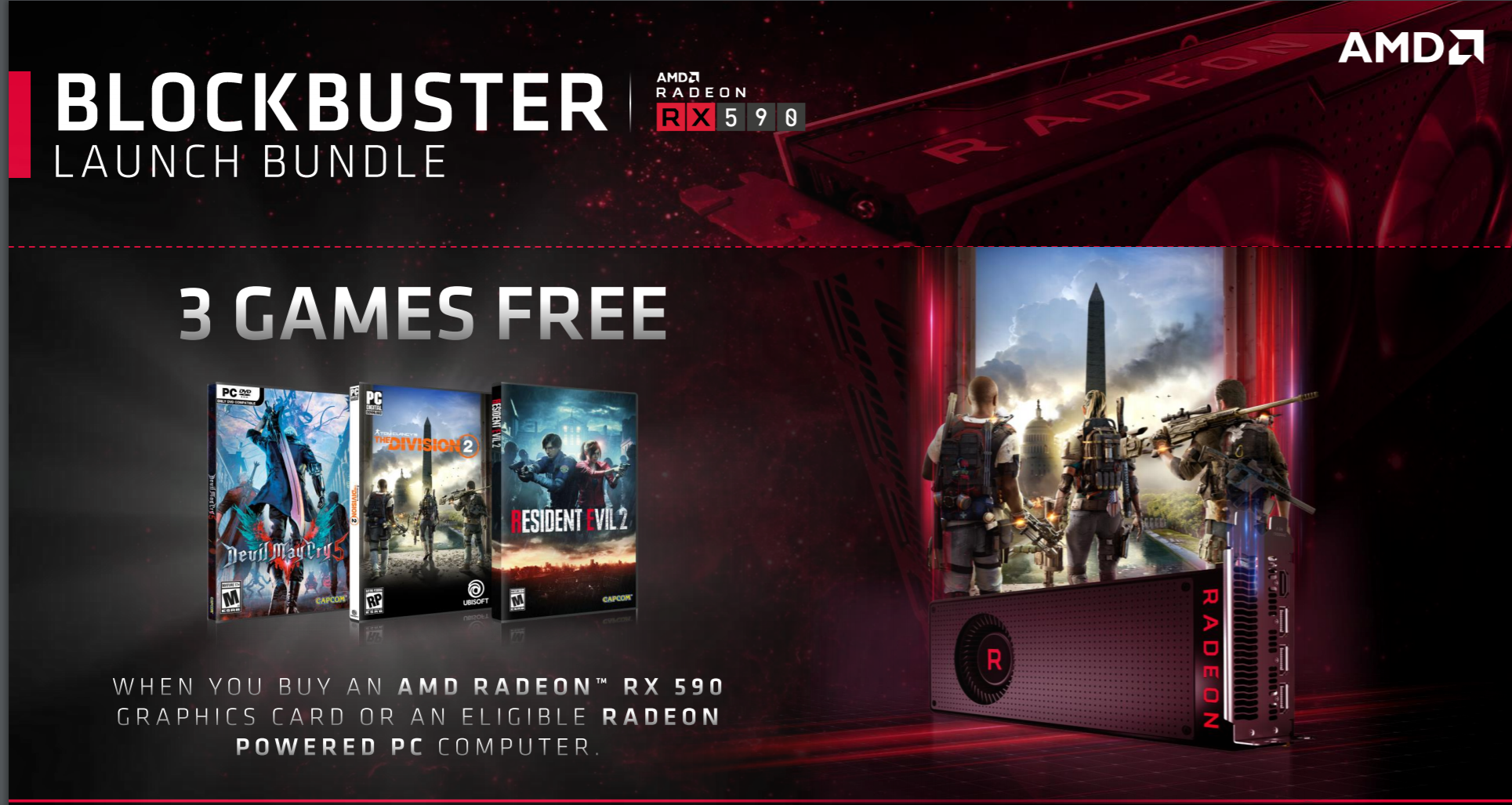 Also, AMD is running a game bundle deal with the RX 590, where purchasers will be able to get free copies of Devil May Cry 5, Resident Evil 2, and Tom Clancy's The Division 2. 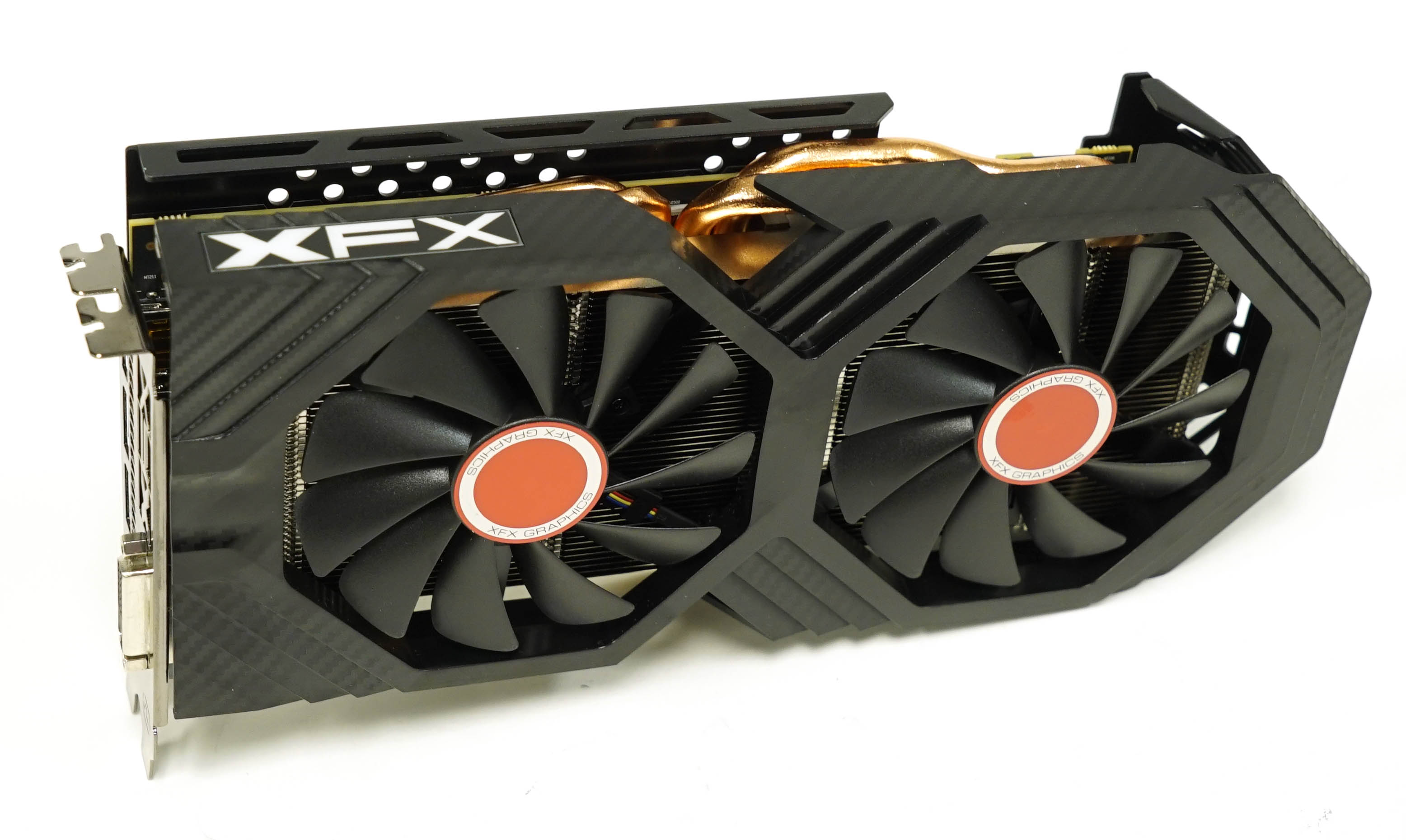 Since there aren't any reference designs this time around, AMD sent over a partner card for us to take a look at––the XFX RX 590 Fatboy.

The unusual "Fatboy" name refers to the cooling upgrade on this card compared to the previous XFX RX 580 cards. Keeping the same footprint, XFX has made the heatsink on this card almost 10mm, or 55% thicker, which should allow for significantly more thermal headroom.

Unfortuately, this move to a thicker heatsink solution does move the card just slightly past being able to fit into 2 PCI Express expansion slots, which could be an issue for small form factor cases.

The XFX RX 590 Fatboy features 3 DisplayPort 1.4 connections, an HDMI 2.0b port, as well as a Dual-Link DVI connector. 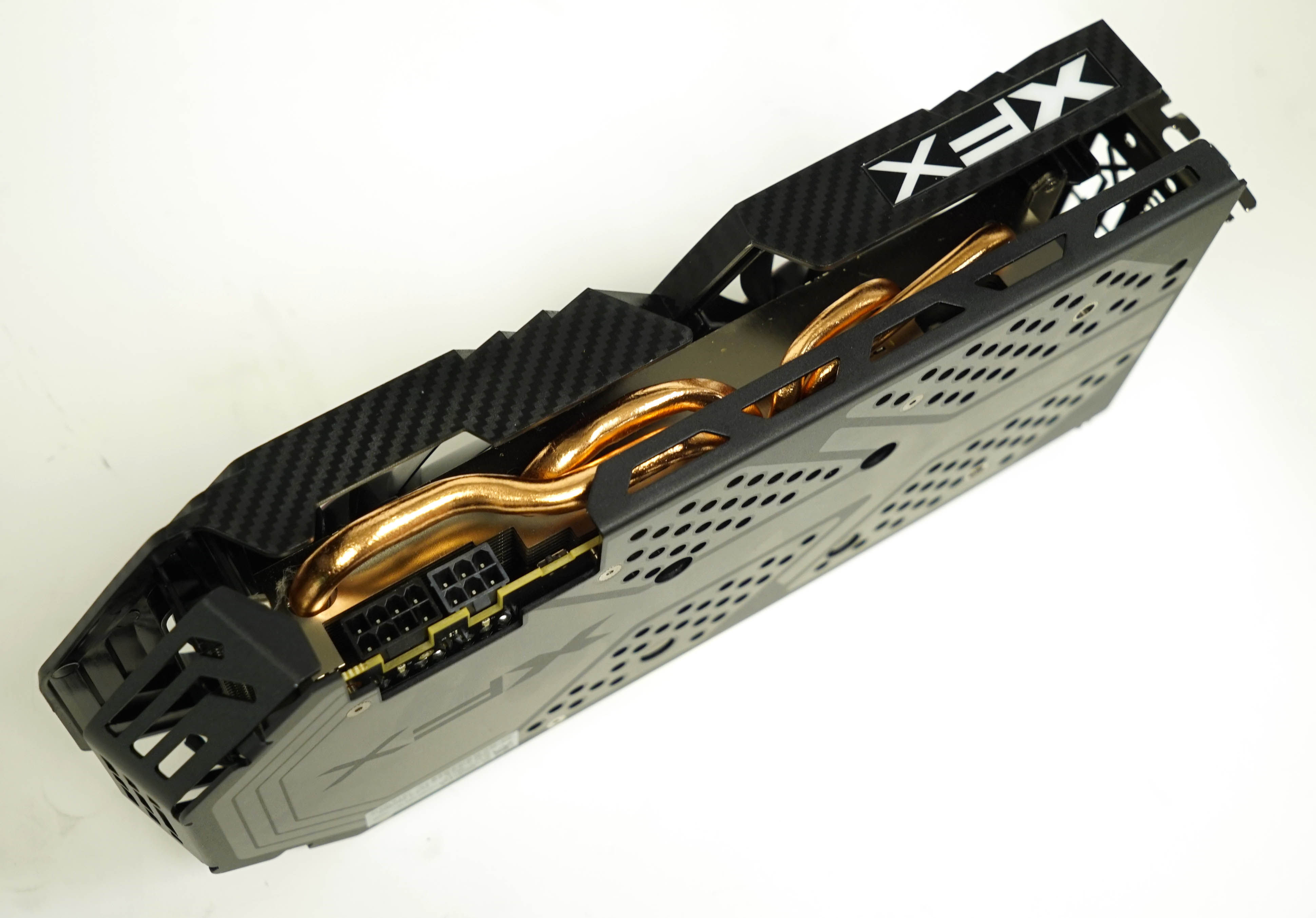 In terms of power delivery, the Fatboy features one 8-pin and one 6-pin PCI Express power connection.

AMD comes through for the gamer