Intel refreshes the Skylake-X lineup for 2018

Shopping for a CPU in 2018 has been a bit of a moving target. Between the launch of AMD's Ryzen 2000 series processors in the beginning of the year, new AMD Threadripper X and WX-series products, and a consumer CPU refresh from Intel last month, it's been difficult to keep track of.

Now we are rounding out 2018 with new products for the last remaining platform that hasn't seen a refresh this year, Intel's Core X-series of processors, namely the Intel Core i9-9980XE.

Join us, as we talk about Intel's new 9th-generation Core X-series processors, and the current landscape of HEDT desktop platforms.

With the relative specifications, all laid out, the changes between the Intel Core i9-7980XE and i9-9980XE seem few and far between.

With the move to the revised 14nm++ process technology that we first saw introduced on the desktop with the 6-core Intel i7-8700K last year, it seems Intel has been able to breathe a bit of additional life into what is the same Skylake-X architecture. 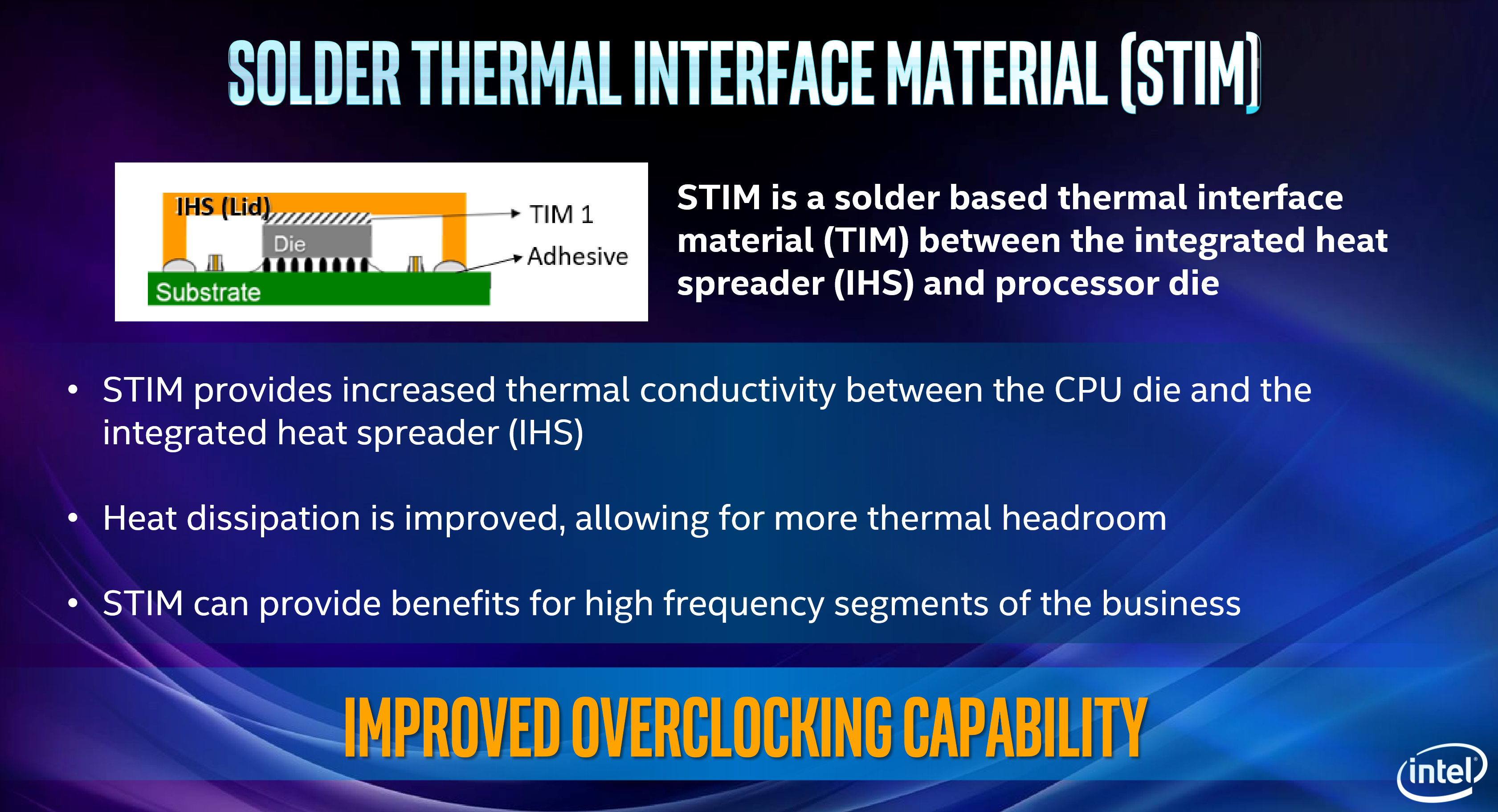 As we saw with the Intel Core i9-9900K last month, Intel is using the same Solder Thermal Interface Material (STIM) between the CPU die and the heat spreader. 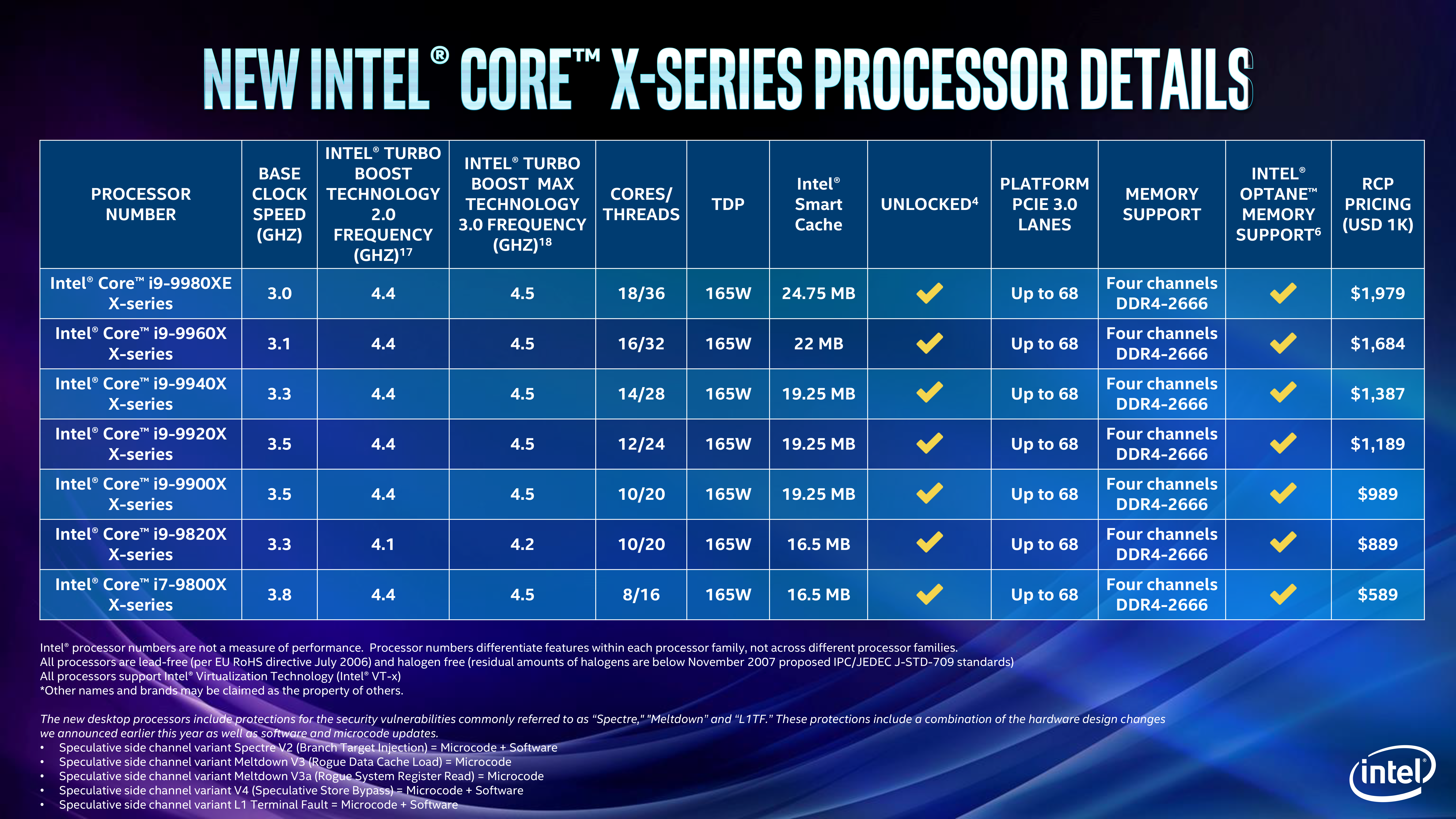 There is a similar story across the entire 9th-generation Core X lineup, as seen above. In fact, all Core i9 CPUs have the same rated Turbo Boost clocks, pointing to a potential upper limit on the Skylake-X design on this process node.

Intel isn't introducing a new chipset alongside these CPUs, instead, the Core X CPUs will continue to use the same LGA 2066 socket, on the same X299 chipset. In fact, most motherboards have actually had the firmware update to support these new CPUs for quite a bit.