Intel’s Architecture Day was held yesterday and brought announcements of three new technologies. Intel shared details of a new 3D stacking technology for logic chips, a brand new CPU architecture for desktop and server, and some surprising developments on the iGPU front. Oh, and they mentioned that whole discrete GPU thing…

“Foveros paves the way for devices and systems combining high-performance, high-density and low-power silicon process technologies. Foveros is expected to extend die stacking beyond traditional passive interposers and stacked memory to high-performance logic, such as CPU, graphics and AI processors for the first time.”

Foveros will allow for a new “chiplet” paradigm, as “I/O, SRAM, and power delivery circuits can be fabricated in a base die and high-performance logic chiplets are stacked on top”. This new approach would permit design elements to be “mixed and matched”, and allow new device form-factors to be realized as products can be broken up into these smaller chiplets. 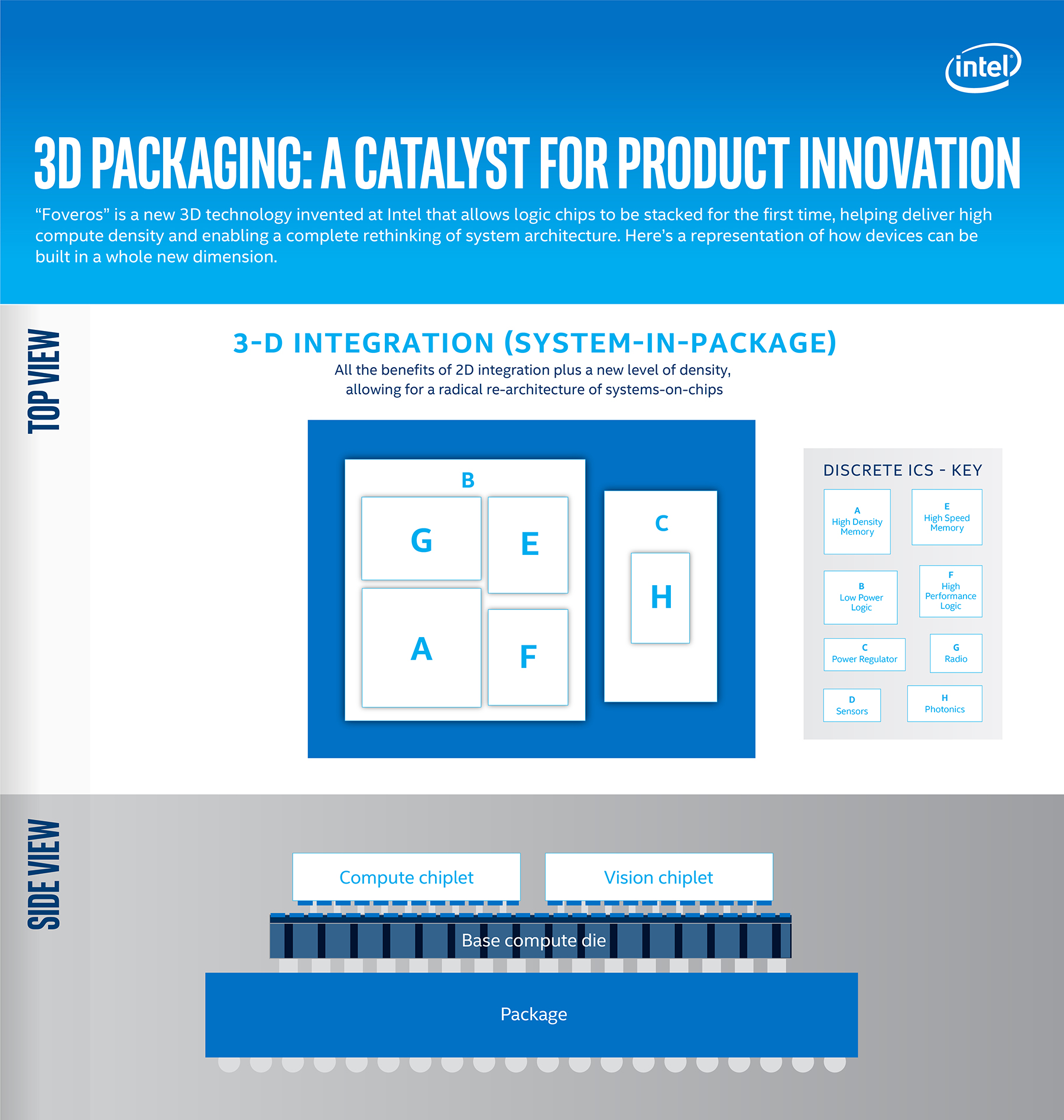 The first range of products using this technology are expected to launch in the second half of 2019, beginning with a product that Intel states “will combine a high-performance 10nm compute-stacked chiplet with a low-power 22FFL base die,” which Intel says “will enable the combination of world-class performance and power efficiency in a small form factor”.

Next up is the announcement of a brand new CPU architecture with Sunny Cove, which will be the basis of Intel’s next generation Core and Xeon processors in 2019. No mention of 10nm was made, so it is unclear if Intel’s planned transition from 14nm is happening with this launch (the last Xeon roadmap showed a 10 nm transition with "Ice Lake" in 2020). 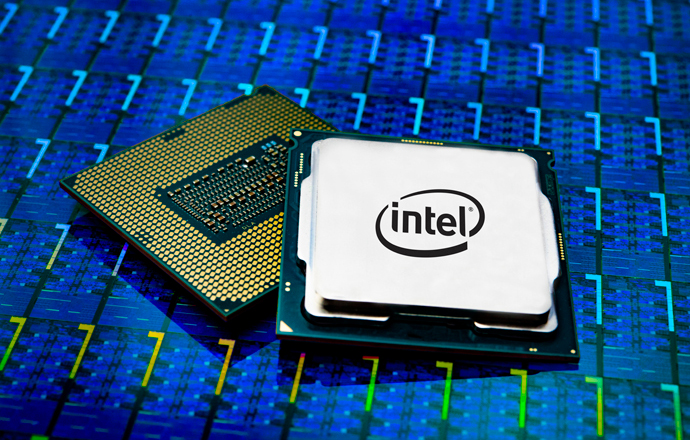 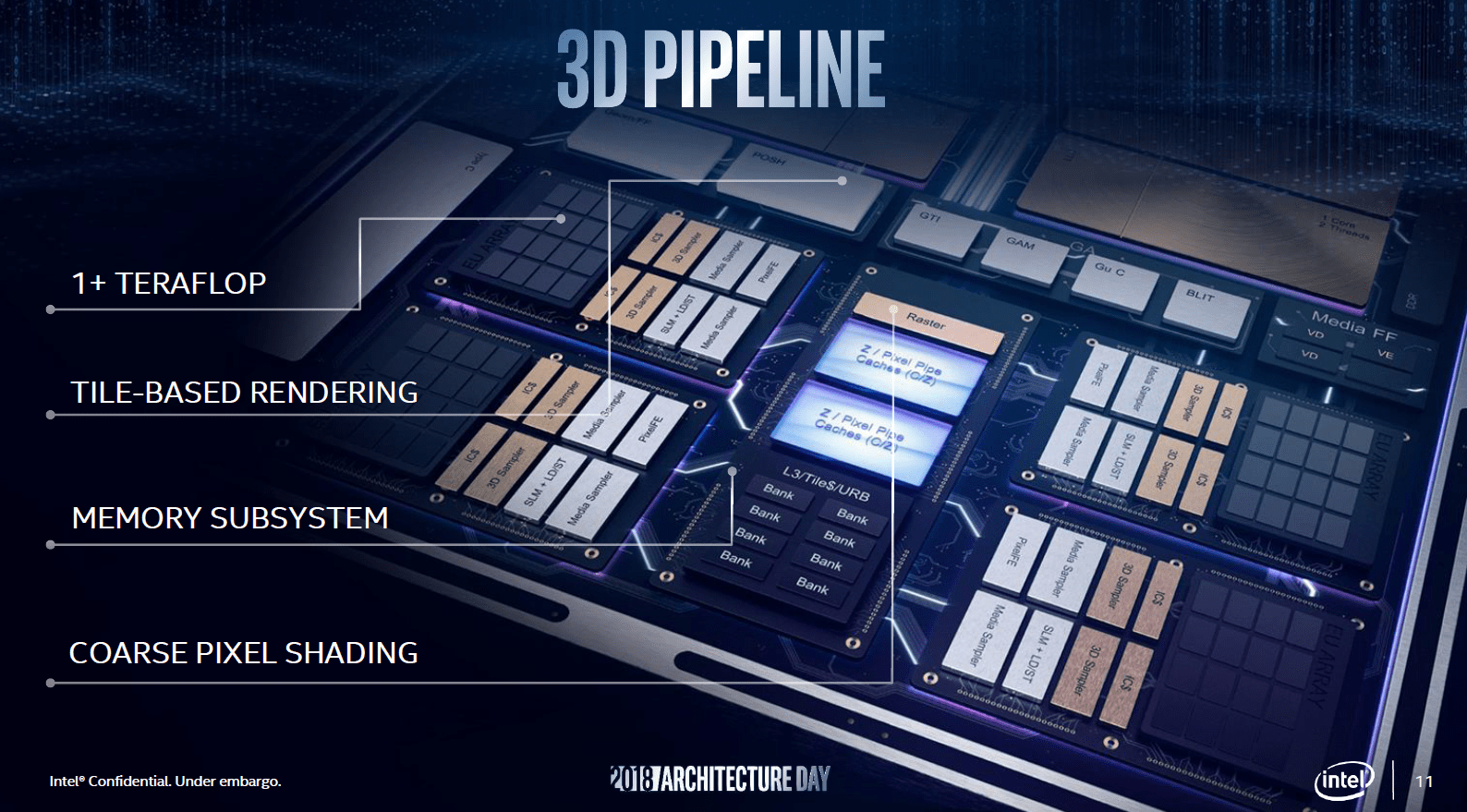 Intel did reveal next-gen graphics, though it was a new generation of the company’s integrated graphics announced at the event. The update is nonetheless significant, with the upcoming Gen11 integrated GPU “expected to double the computing performance-per-clock compared to Intel Gen9 graphics” thanks to a huge increase in Execution Units, from 24 EUs with Gen9 to 64 EUs with Gen11. This will provide “>1 TFLOPS performance capability”, according to Intel, who states that the new Gen11 graphics are also expected to feature advanced media encode/decode, supporting “4K video streams and 8K content creation in constrained power envelopes”.

And finally, though hardly a footnote, the new Gen11 graphics will feature Intel Adaptive Sync technology, which was a rumored feature of upcoming discrete GPU products from Intel.

And now for that little part about discrete graphics: At the event Intel simply “reaffirmed its plan to introduce a discrete graphics processor by 2020”. Nothing new here, and this obviously means that we won’t be seeing a new discrete GPU from Intel in 2019 – though the beefed-up Gen11 graphics should provide a much needed boost to Intel’s graphics offering when Sonny Cove launches “late next year”. 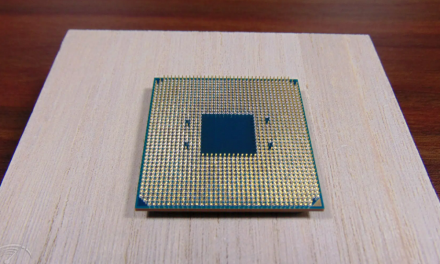