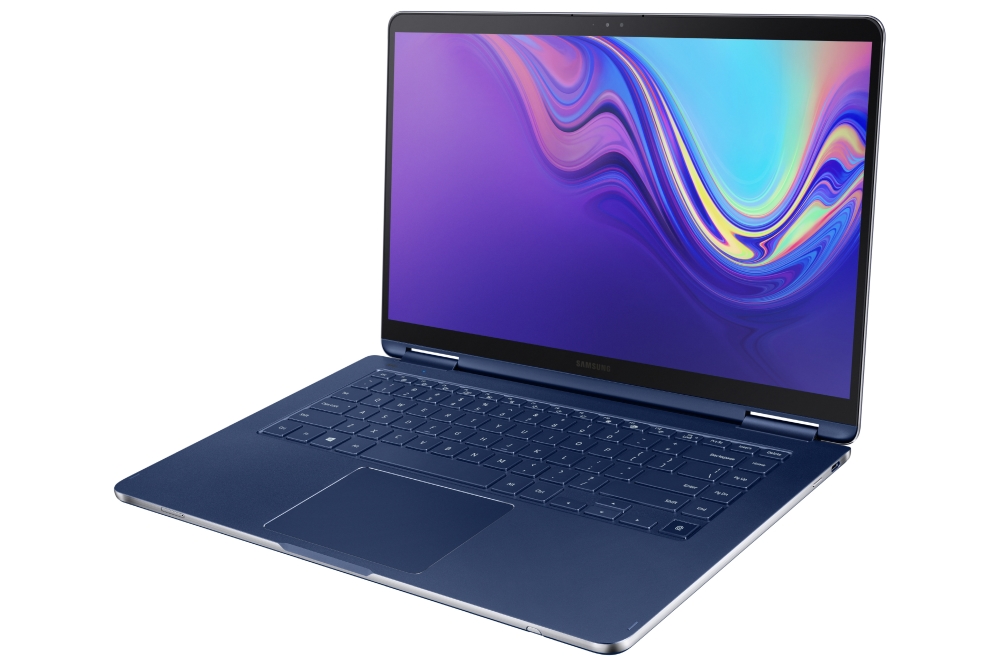 Samsung is updating its laptop lineup to include the new Notebook 9 Pen which is a 2-in-1 convertible with built-in S Pen that comes in 13.3-inch and 15-inch form factors. Featuring full body aluminum frames, diamond cut edges, and narrow display bezels, the Notebook 9 Pen weighs in at 2.47 pounds and 3.44 pounds for the 13-inch and 15-inch models respectively. The new “Notebook 9 Pen” PCs should not be confused with the existing Notebook 9 Pen notebooks which were released earlier this year. The new models which are slated for a 2019 release introduce a 15” model to the lineup as well as more memory, brighter (500 nits) displays with narrower bezels, and two new colors and designs.

The modern I/O is supported by modern internal hardware including up to 8th Generation Intel Core i7 processors, 16GB LPDDR3, and a 512GB PCI-E NVMe SSD. The Notebook 9 Pen with 13.3” display uses Intel UHD graphics, but the 15” model can be equipped with a NVIDIA MX150 GPU with 2GB memory. Both models are powered by a 54 Wh battery that supports fast charging and allegedly offers up to 15 hours of battery life.

Of course, the interesting aspect of the Notebook 9 Pen is the S Pen which Samsung as reportedly improved to be more responsive with up to a 2x reduction in latency to 7ms. The S Pen comes with three different pen tips so that artists can get the feel they want when drawing on the screen. The S Pen can do the usual things its smartphone counterparts can like drawing and writing and it can also be used to control media playback, advance slides, and record voice notes with its built-in microphone.

First impressions look promising, but pricing is going to be key as well as build quality and feel and with this year’s model starting at $1,400 MSRP ($1,000+ on Amazon for the 8GB RAM version) the updated 2019 Notebook 9 Pen isn’t going to be cheap! Unfortunately, exact pricing and availability have not yet been disclosed.

With that said, assuming rewiews hold up, it looks sharp and for artists and designers that like to work on the go it may be worth checking out!