Today AMD announced their earnings for Q4 as well as the annual results of 2018. The company had revenue of $6.48 B and a net income of $337 M. This is a pretty significant improvement from 2017 with revenues of $5.25 B and a net loss of $33 M. While Intel’s quarter and annual earnings dwarf what AMD has done, the company has improved its position financially. AMD’s guidance from Q3 earnings indicated that revenue would be down for Q4 as compared to the previous quarter, and results matched those expectations. Q4 revenue came in at $1.42 B with a net income of $38 M. This fell within the range of $1.4 to $1.5 that AMD was expecting. This is compared to the relatively strong Q3 which had revenues of $1.65 B and a net of $102 M.

Annually this is probably the best overall year since 2011 for AMD. The company looks to be running quite lean and has shown that it can achieve profits even in down quarters. It also helps that AMD has been able to get much better terms from GLOBALFOUNDRIES and has successfully amended their wafer agreement so that AMD can pursue manufacturing products at other foundries at 7nm without penalty or royalty payments to GLOBALFOUNDRIES. While GF’s sub 10nm development is now shuttered, the company will still be producing 12/14nm products which will include the upcoming I/O chiplets for use with the next generation Ryzen series as well as EPYC 2. The amended agreement sets purchase targets through 2021, but the agreement itself lasts through 2024.

The primary revenue driver for the company is of course the CPU and GPU markets. Ryzen has continued to provide strong numbers for AMD and has lead to greater numbers shipped as well as higher ASPs. Years of Bulldozer based parts eroded ASPs to nearly unsustainable numbers, but the introduction of Ryzen nearly two years ago has strengthened the foundation of the company and their revenue stream. AMD has reported no inventory issues with either leftover stock of the first generation Ryzen parts or the latest Ryzen 2000 series. There is some fluidity here as EPYC processors utilize the same dies (though more heavily binned) as well as the HEDT Threadripper CPUs that have become popular in workstation applications. Multiple products at a pretty extreme price range utilizing the same basic die is a pretty good way to avoid excess inventory issues, but it is a little scary if demand picks up in one of those areas and there are not enough chips to supply these multiple product lines.

GPUs are not in as good of shape as CPUs. The crypto boom was good for the GPU market, but as soon as that dropped then AMD was left with quite a bit of inventory and a much lower demand. This is partially offset by increases in sales of datacenter GPUs, but AMD looks to be trying to get of as much of this inventory before large scale production of Navi based parts goes into full swing. Current Polaris based parts are competitive for their price points and users can expect a very solid product for the market ranges they represent.

Enterprise, Embedded, and Semi-Custom saw the largest drop of the different groups. The primary negative mover here is that Q3 earnings from semi-custom royalties reflected the build-up of product from partners for the Holiday Season. Q4 royalties dropped dramatically. AMD is in a bit of a lull in terms of receiving revenue from developing next generation console chips and receiving royalties from mature and well saturated products. Offsetting this are increased EPYC sales at reasonable ASPs. There has been some debate if AMD has in fact gained any marketshare in the server market with EPYC and if they are selling them at a loss. Napkin math here makes it look as though AMD has in fact gained a slight amount of marketshare and have somewhat healthy ASPs. These are not slam dunk products like the original Opteron which powered AMD through some record quarters. Rather these are competitive parts in a market that is dominated by Intel. Rolling out new server parts takes much more verification and platform development than what we see in desktop and mobile, so AMD is not exactly where they want to be. They still are reporting that they have doubled sales from the previous quarter, and that has helped offset the loss of royalties from the group.

Anecdotally it looks like major server vendors are actively pushing their clients towards EPYC solutions due to the lead times for orders that rely on Intel’s Xeon based CPUs. A contact of mine was invited to a Dell summit in Oklahoma a few weeks ago and when the lead times for Xeon based products was discussed, the Dell sales people highly recommended moving to AMD products as they offered comparable performance and core counts for much less money. There were several groans throughout the audience as this was mentioned so it still seems that AMD has a ways to go to gain the confidence of purchasing managers and CTOs. It is good to see OEMs like Dell actively pushing AMD products, as it also helps their bottom line in moving product at a reasonable pace without having to wait for Intel to provide product to meet demand.

It does not look like AMD is making any significant gains in marketshare, but their current product stack allows them to at least keep from losing marketshare. The markets are not growing as fast as they once were, but what growth there is AMD is capitalizing on. AMD also seems more insulated from the issues that Intel is experiencing with sales in China as well as the manufacturing constraints that Intel is facing (not to mention the disastrous 10 nm migration).

Looking ahead AMD expects Q1 to be lower revenue than the previous quarter. It should come in around $1.25 B due to again lower GPU sales as well as seasonality across the business. Q1 is typically one of the lowest quarters in terms of revenues with a small rise in Q2, depending on the product stack and new introductions. AMD looks to be releasing their 7 nm CPU products around the end of 1H 2019. This includes Zen 2 based desktop and server parts. AMD had previously expected EPYC 2 products to be released in an early 2019 time frame, but this has not been the case. We do not know if this was due to design issues, 7 nm availability/maturity, or some combination of the above mentioned as well as platform issues due to the new modular CPU design.

AMD could potentially have a banner year as they look to have a full lineup of 7 nm parts that could offer a lot more value than competing Intel options. Zen 2 is a significant redesign that will enhance performance as well as utilize the advantages that TSMC’s 7 nm process has over Intel’s current 14++ product. If Intel continues to have issues getting 10 nm out the door in significant quantities by the end of 2019, AMD has a real chance to capture a significant amount of marketshare across the board. The only area that AMD would be lacking in is the mobile segment where 7 nm parts are not expected until early 2020. 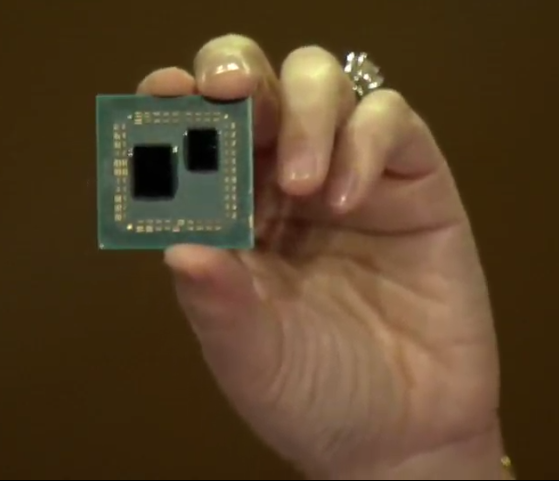 This was a solid quarter and year for AMD and has shown that the company can continue to move forward even under challenging conditions. Intel still claims the vast majority of the market, but the smaller company is making inroads in markets by providing good performance at excellent prices. They are also providing impetus for Intel to change the way they have been doing things for the past decade. 2019 is certainly going to be an interesting year. 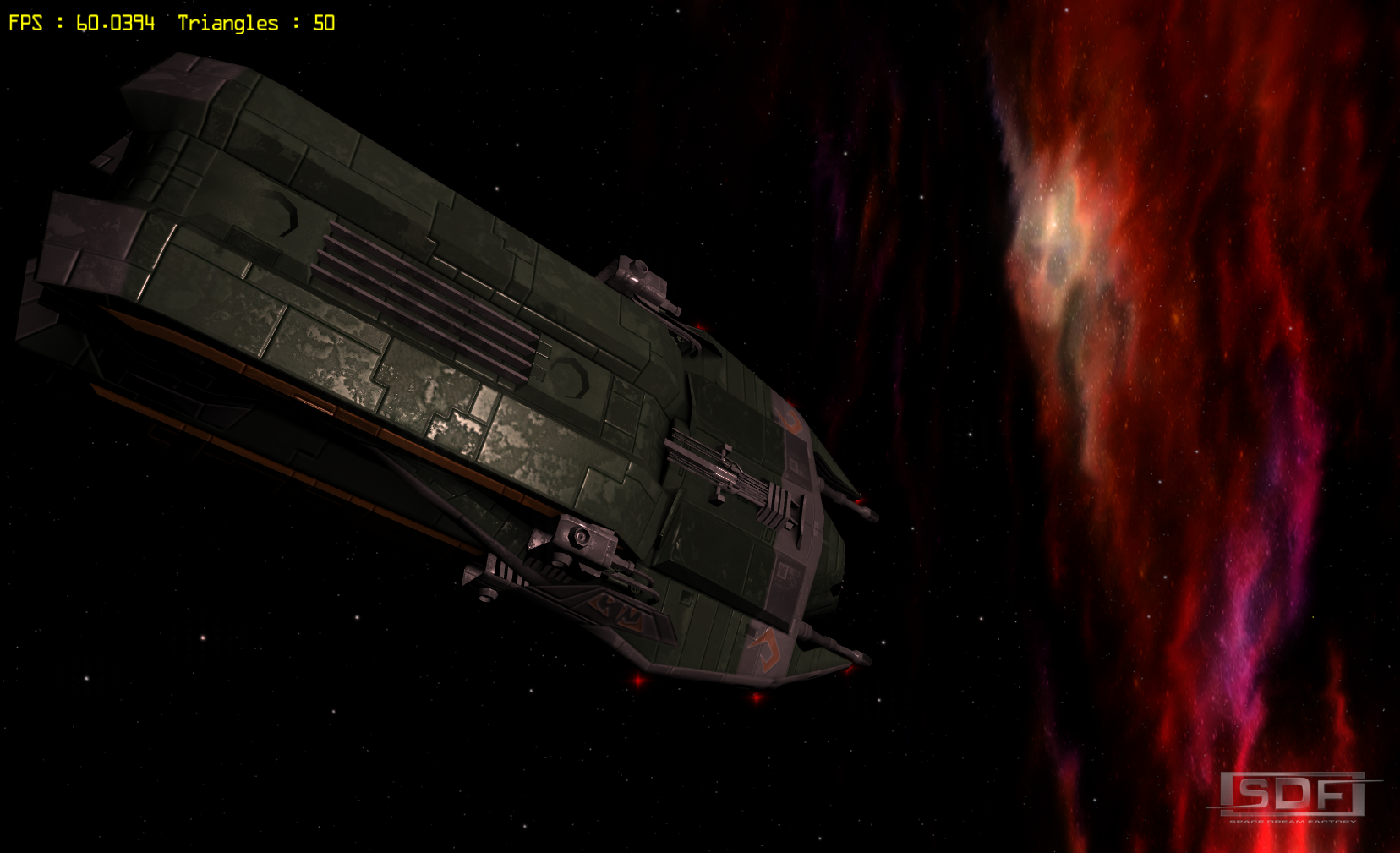 Razer looks to tempt with a $50 gaming mouse