Looking at Chromebooks now that we know Ryzen will soon be an option?

During AMD's CES keynote they mentioned that their new Ryzen chips will be appearing in some models of Chromebook, which might create some new interest in these mobile devices.  Ars Technica recently published an in depth guide walking you through the important features to look for if you are shopping for a Chromebook.  They also offer quick overviews of the best models currently available, if you weren't going to wait for the new ones to be released.

"All of those factors, plus the recent introduction of Android apps into the ecosystem, have made Chromebooks popular with younger users, teachers, and anyone who works and plays primarily within the confines of the Chrome Web browser." 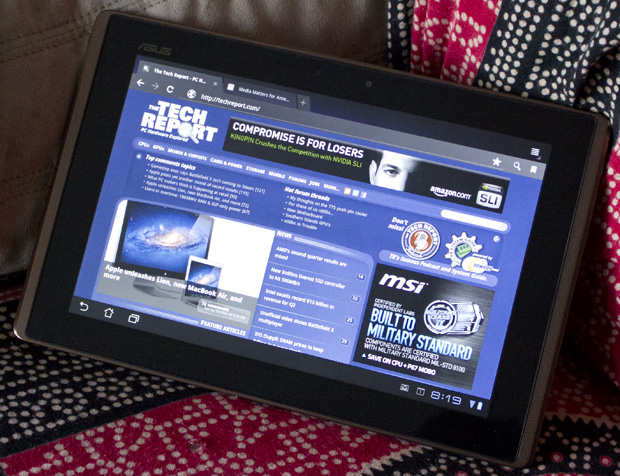 Just how much fun is the Eee Pad Transformer