On stage at an event tonight at CES 2019, NVIDIA CEO Jensen Huang made it offical: the RTX 2060 exists and will be available this month. The card is priced at $349, and is based on the same Turing architecture as the rest of the RTX family.

The RTX 2060 was announced with 6GB of GDDR6 memory, and like its bigger siblings the RTX 2060 offers ray tracing support (with 240 Tensor Cores onboard), and NVIDIA targets 60 FPS performance with ray tracing enabled in Battlefield V:

"The RTX 2060 is 60 percent faster on current titles than the prior-generation GTX 1060, NVIDIA’s most popular GPU, and beats the gameplay of the GeForce GTX 1070 Ti. With Turing’s RT Cores and Tensor Cores, it can run Battlefield V with ray tracing at 60 frames per second." 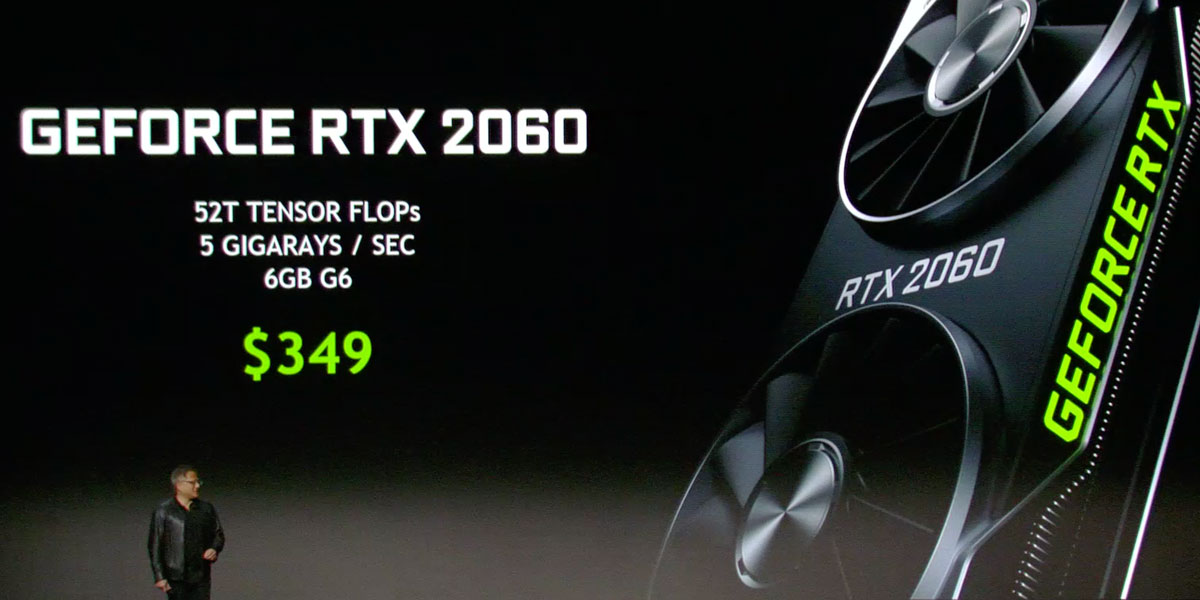 The official launch of the RTX 2060 is January 15 from add-in partners, as well as a Founders Edition card from NVIDIA beginning on that date. NVIDIA is also launching a new bundle deal. Qualifying RTX 2060 purchasers, either as a standalone card or as part of a desktop including the RTX 2060, can choose to receive either Battlefield V or the upcoming Anthem for free.

Stay tuned for more details on the GeForce RTX 2060 soon.