Before getting to the first synthetic benchmarks I will stress that the results presented in the coming pages of this review are by no means complete, and are offered to give an idea of performance so far. The story will not be complete until overclocking results and ray tracing performance are tested in depth. It can also be argued that additional cards should be added to the mix, especially on the AMD side, and I wholeheartedly agree. The same goes for 2560×1440 resolution testing, as this was omitted in the interest of time as I wanted to at least cover 1920×1080 and 3840×2160 to give a low/high comparison.

I began this review with a totally clean slate (zero benchmarks from the previous history of the site were reused), and the unfortunate side-effect of this was that time simply did not permit enough testing before CES put a hard stop to my efforts. Still, valuable data was captured and will be put to good use in the coming weeks and months. 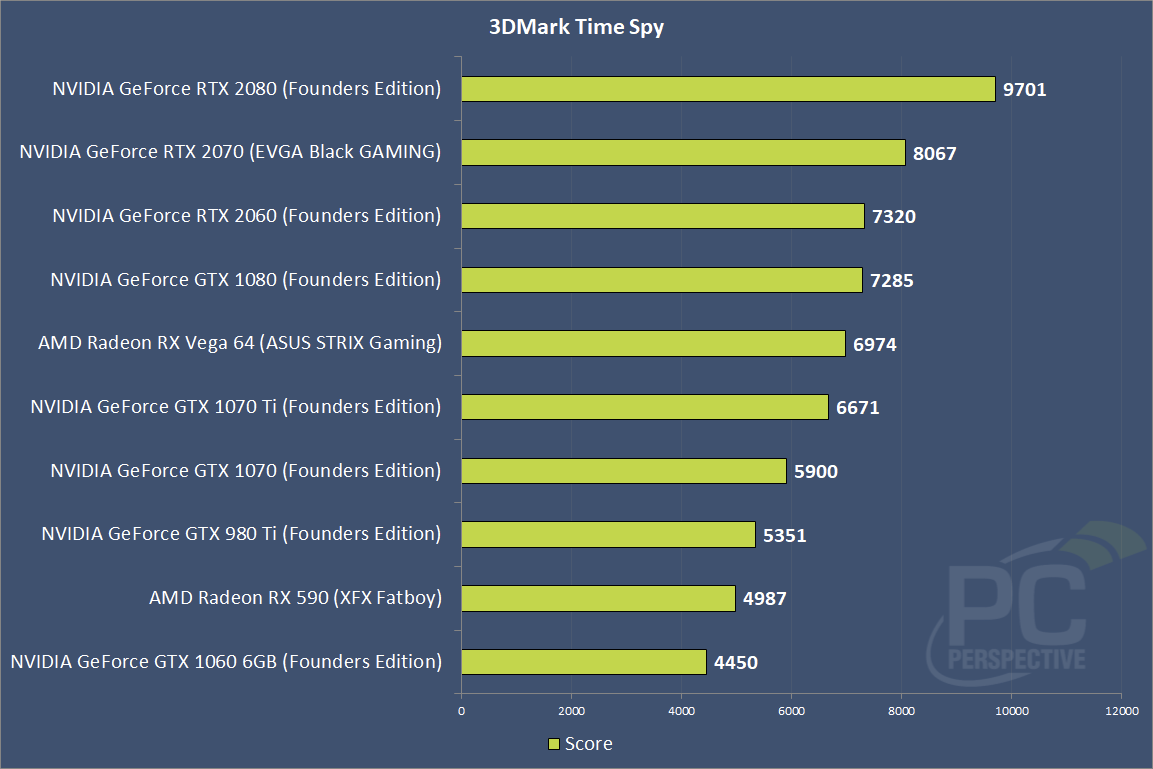 Next we have Unigine Superposition, run here using the DirectX mode and with high preset settings for the 1920×1080 resolution and medium settings at 3840×2160. 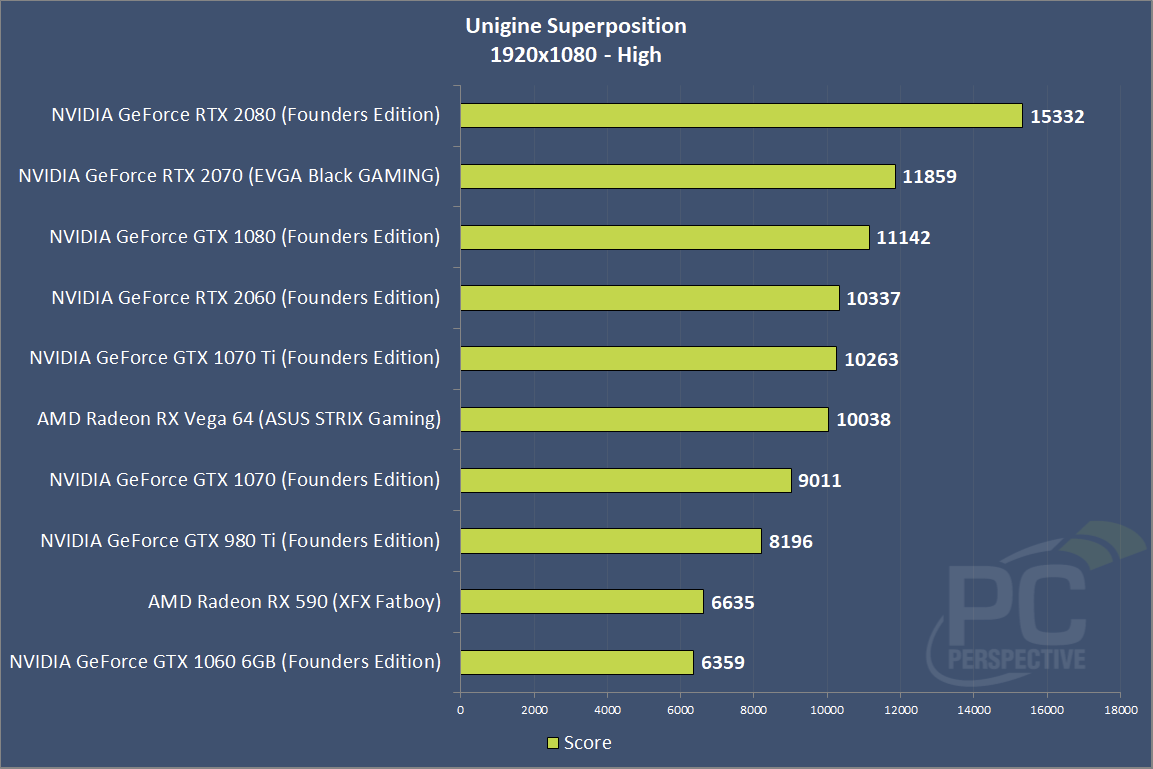 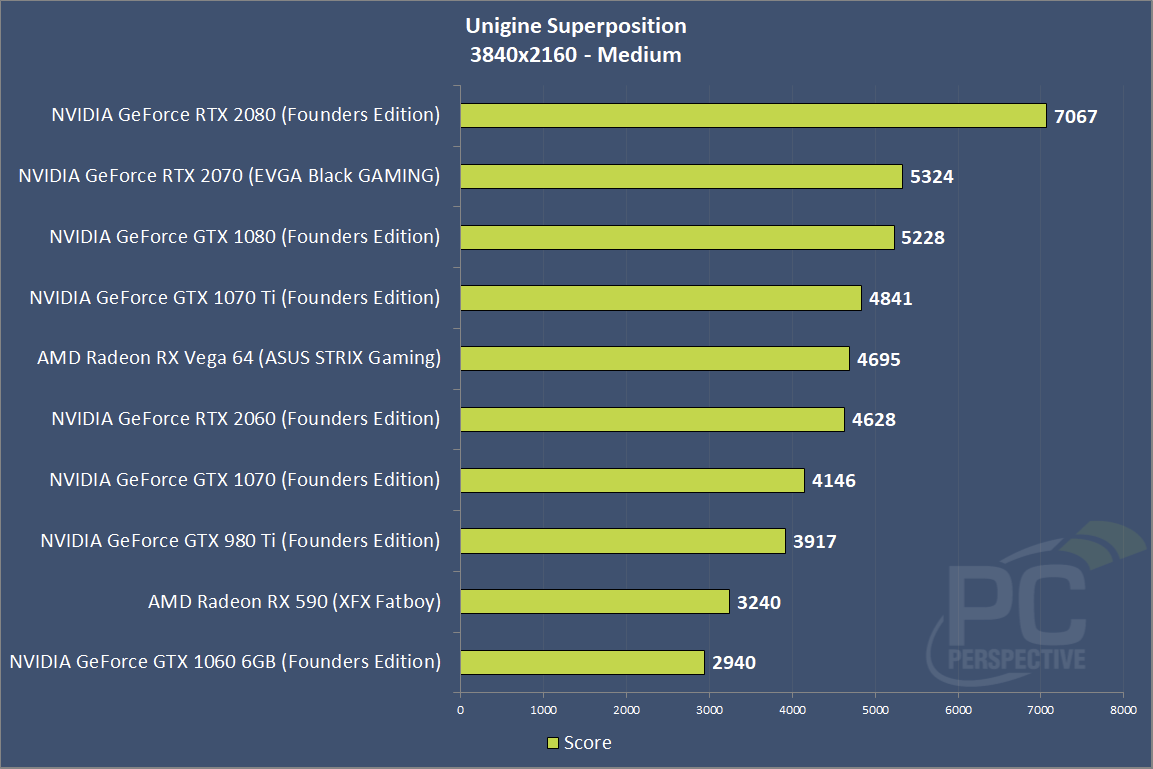 Next we shift gears to a benchmark that is not synthetic, but still comes prepackaged as a standalone benchmarking application: Final Fantasy XV. For this game, as well as all games to follow, standard presets were used (no custom detail settings). We begin with a look at FPS numbers from each of the cards: 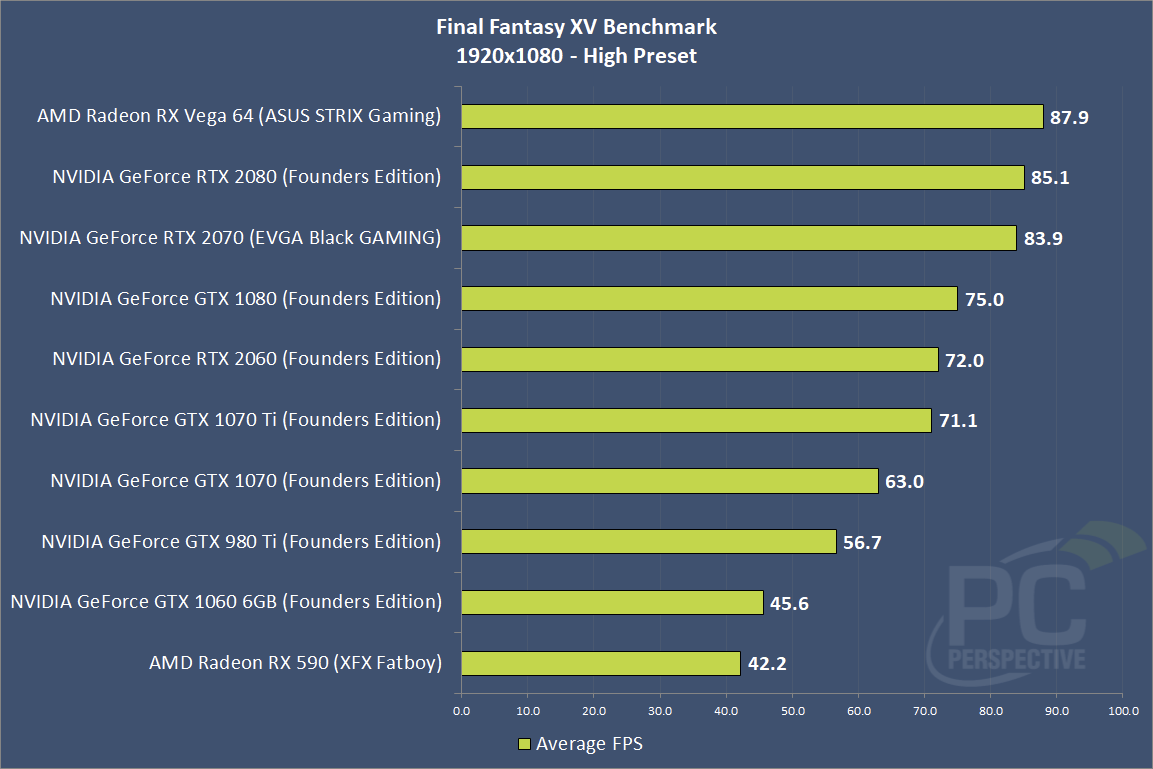 Expections were easily met, with the game showcasing the potential of the RTX 2060 compared to previous generation GTX cards, and offering massive gains over the Pascal-based GTX 1060 6GB from last year.

Will the frame times tell the same story? Here's a look at both average and 99th percentile frame times with FFXV at 1920×1080: 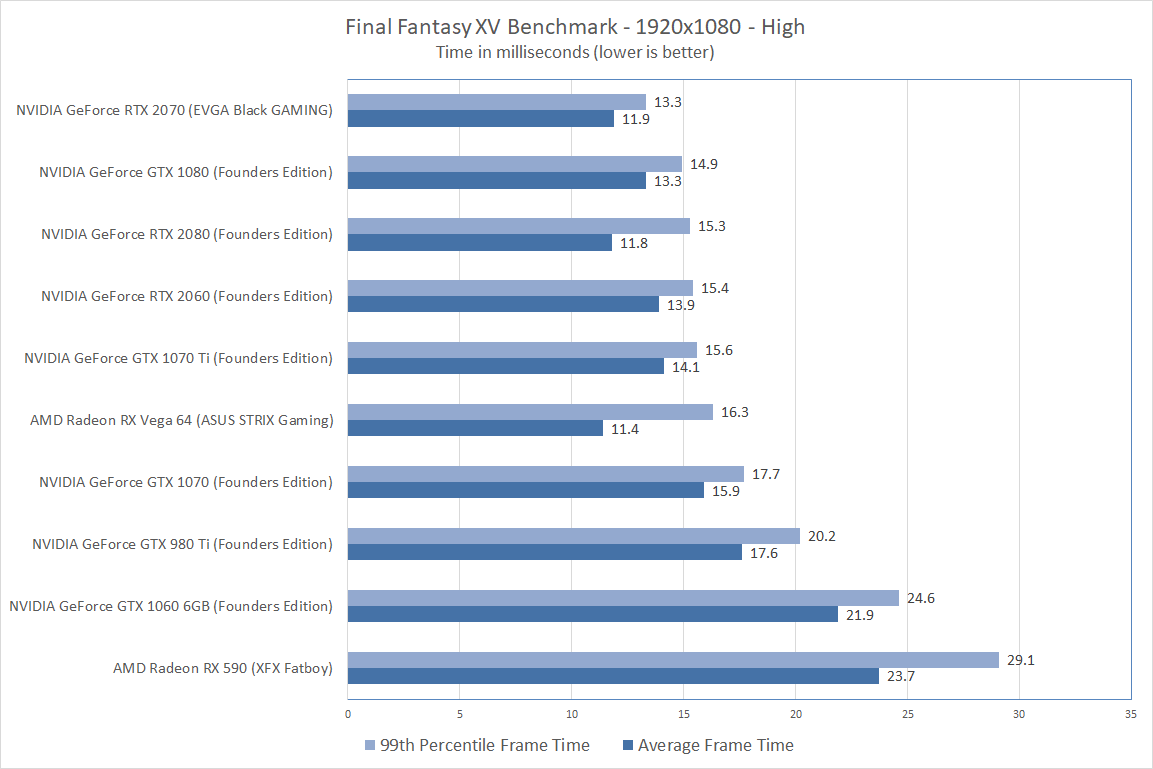 And now the benchmark again, this time at UHD resolution and the standard quality preset: 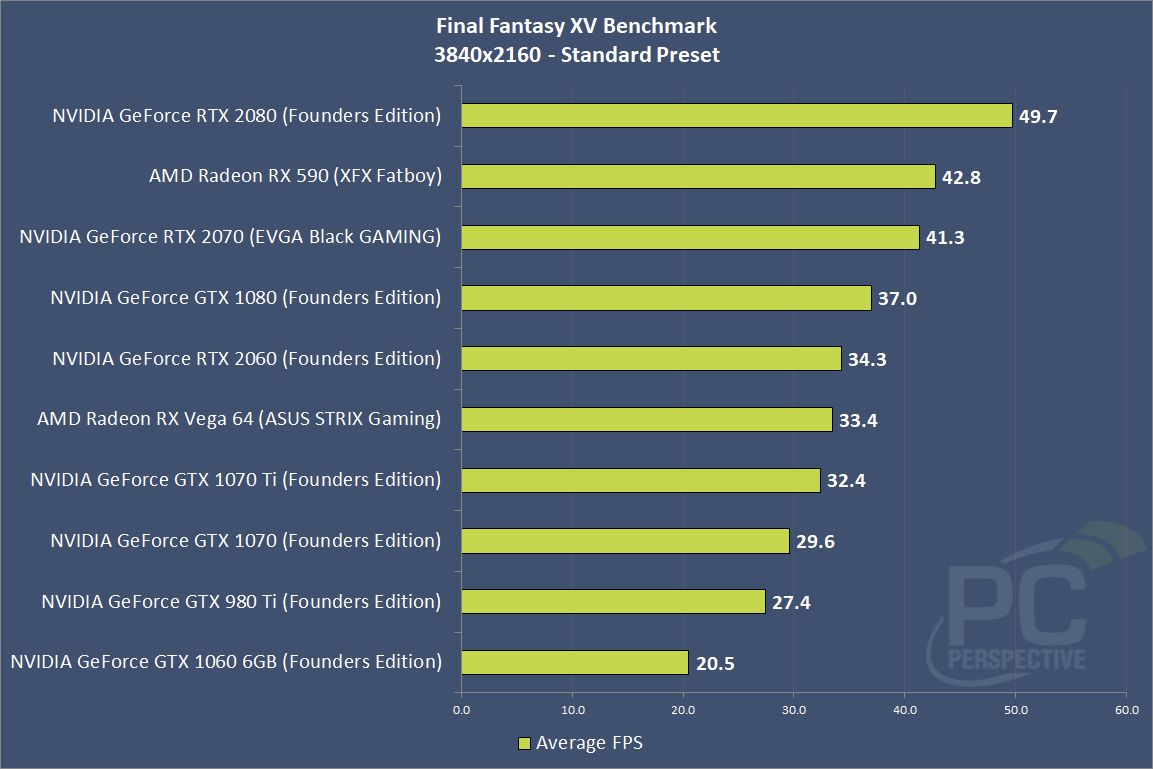 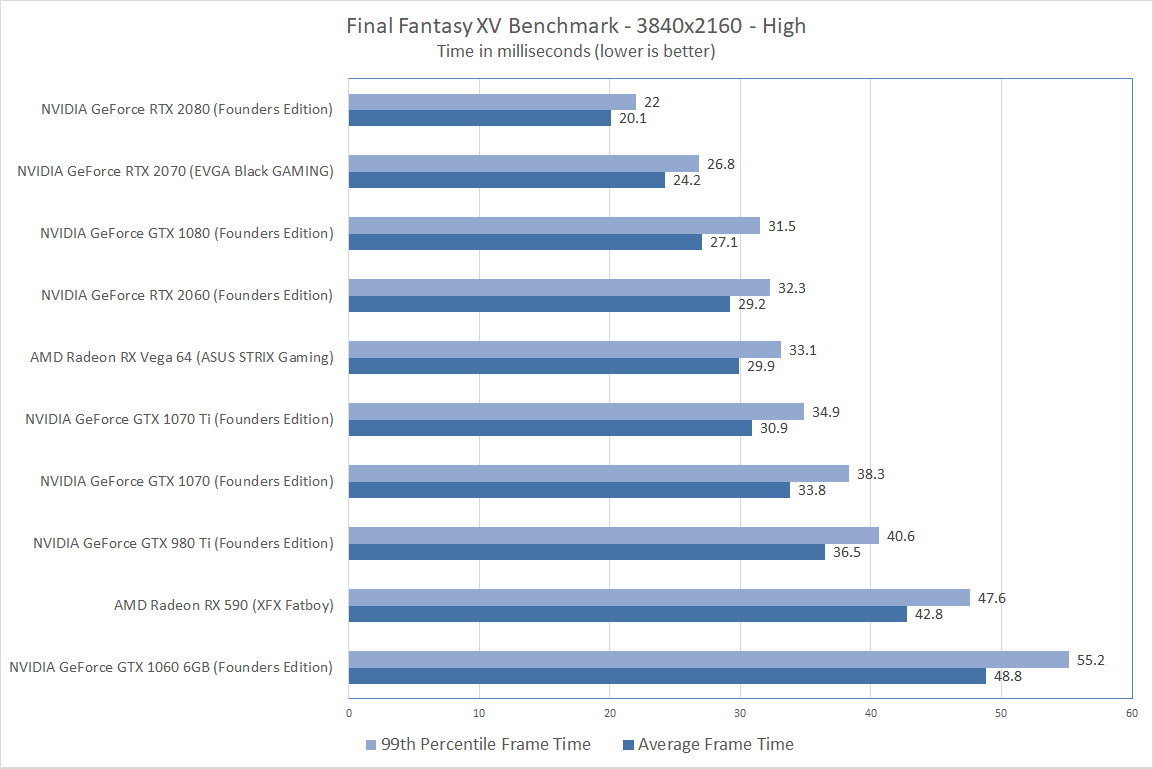 It is interesting to see the relationship between FPS averages and frame times, as the overall "smoothness" of a game will depend on the relationship of average to 99th percentile frame times (with the lower – and more consistent – results making for a better experience).

On the next page we continue our game benchmarks with the RTX 2060.