As we continue into the in-game benchmark results the goal is to provide at least a high-level look at the average performance of the RTX 2060 in a half dozen games, with two resolutions tested in each (FHD and UHD). As I stated previously, I totally agree with anyone who suggests that we need to run tests as 2560×1440 as well, and this is something that will be addressed.

First we have Ashes of the Singularity: Escalation, and here I used the DX12 mode exclusively. While this is an example of a game that can take advantage of the Vulkan API, I wanted to stick with DX12 when possible in all of these benchmarks. Vulkan is another area that can be explored going forward, particularly as more AMD cards are added to the database. 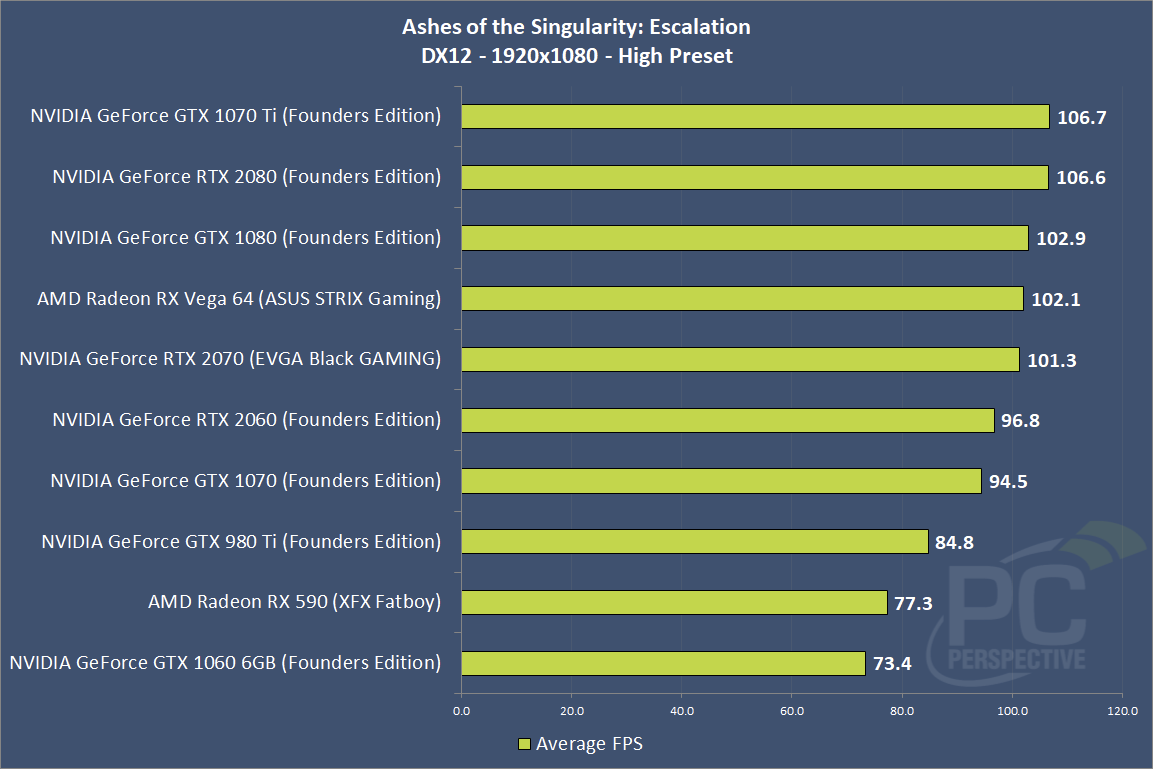 The first thing that stands out is that the GTX 1070 Ti emerged on top here, above even the RTX 2080. How is this possible? At 1080p the game was clearly CPU bound, and for whatever reason in the three runs with the 1070 Ti the system was able to churn out a few extra frames. And speaking of frames, how did the frame times look with Ashes at 1080? 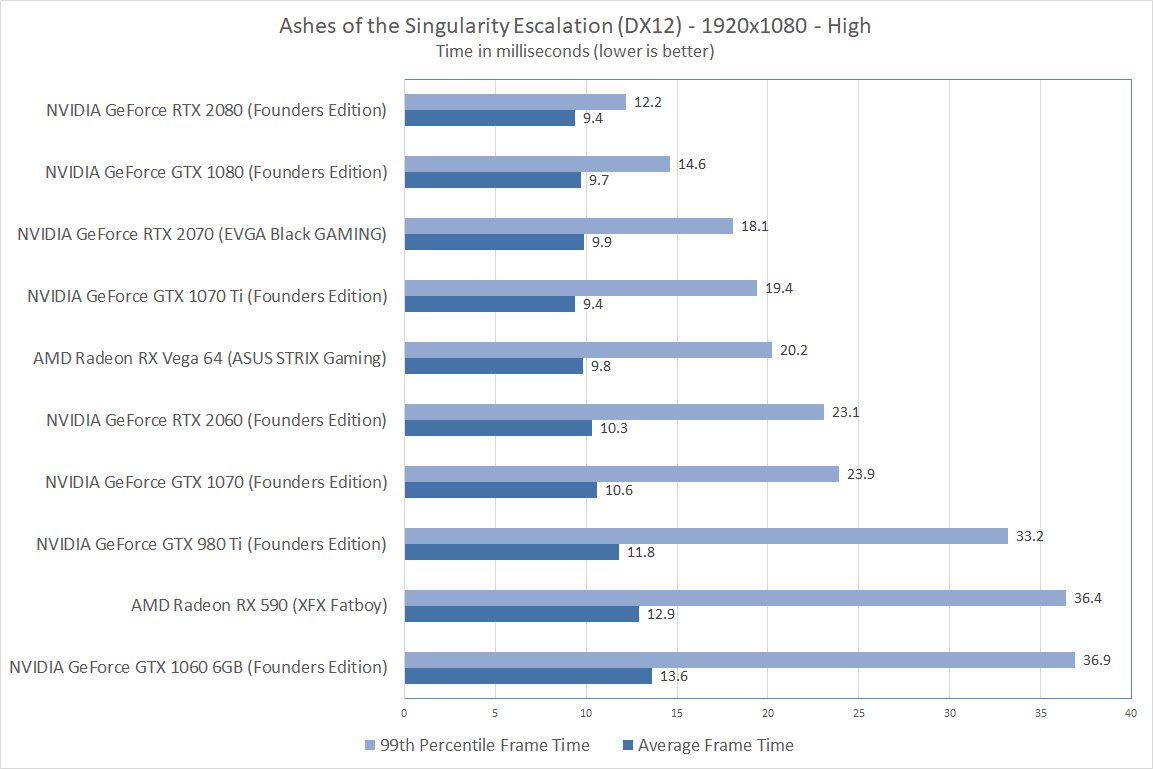 The 1070 Ti is no longer on top, and in general the frame times paint a slightly different picture of performance, illustrating their usefulness in determining variance between GPUs.

This first game test also serves as an example of why I jumped up to 4K next (and yes, I know UHD is technically not true 4K), and that was to be certain that I was as close to fully GPU bound with the results as possible, knowing I only had time for two resolutions. 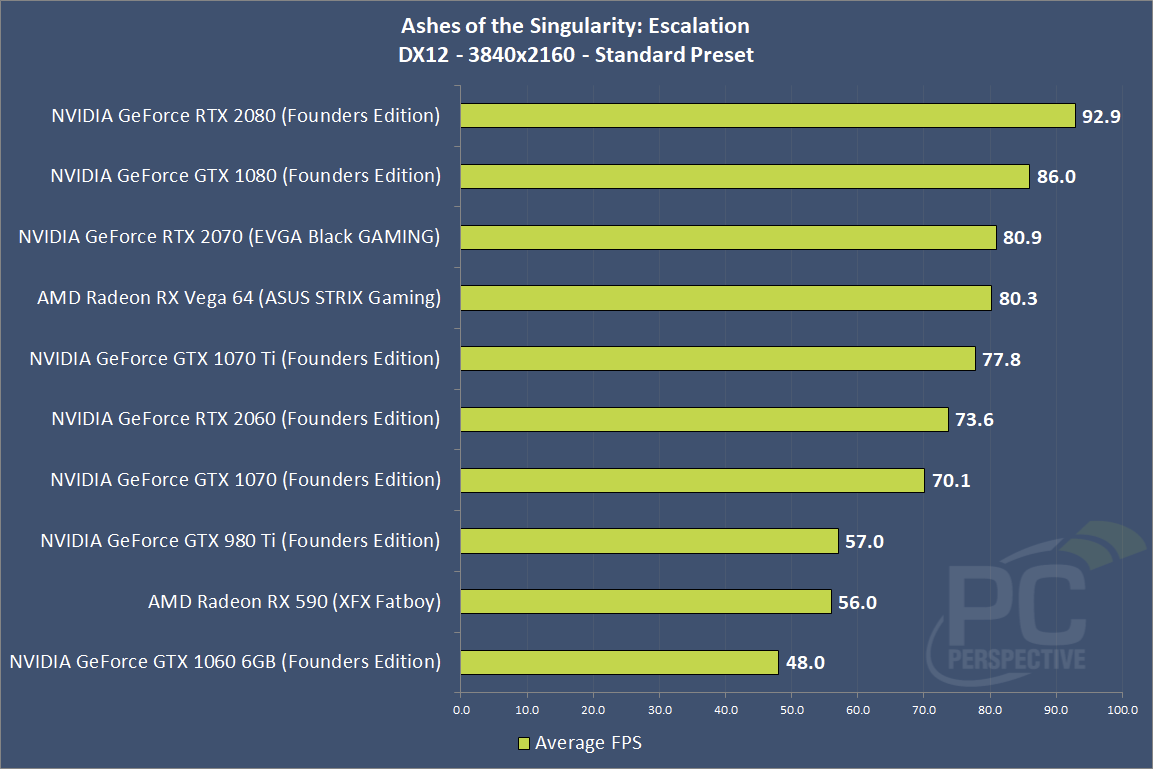 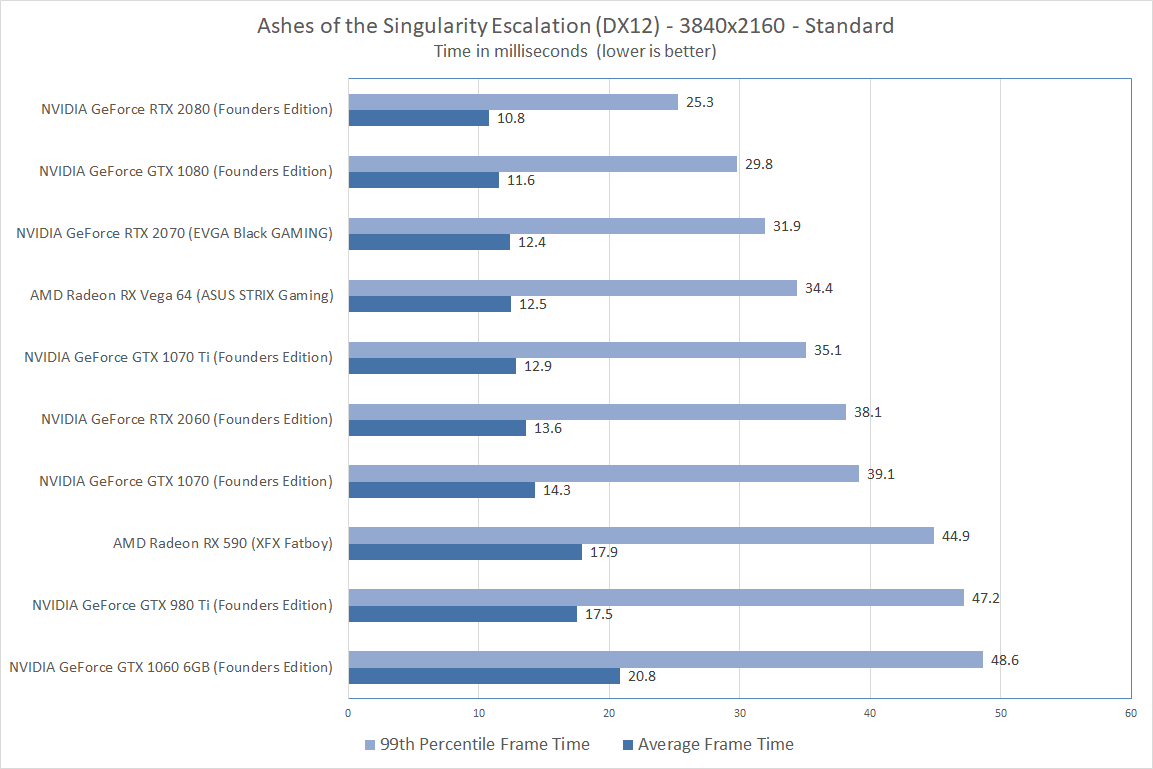 Next up we have F1 2018, a game which I quickly found to provide more predictable results than Ashes of the Singularity, specifically with the 1920×1080 testing. 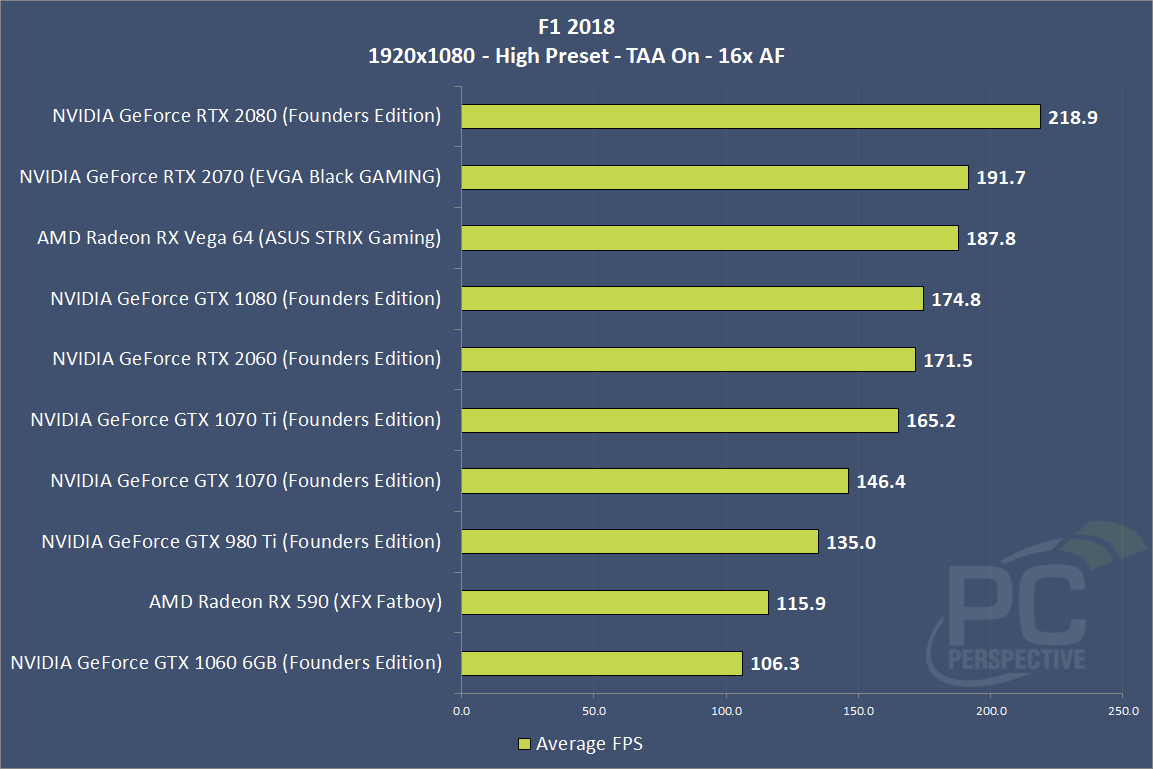 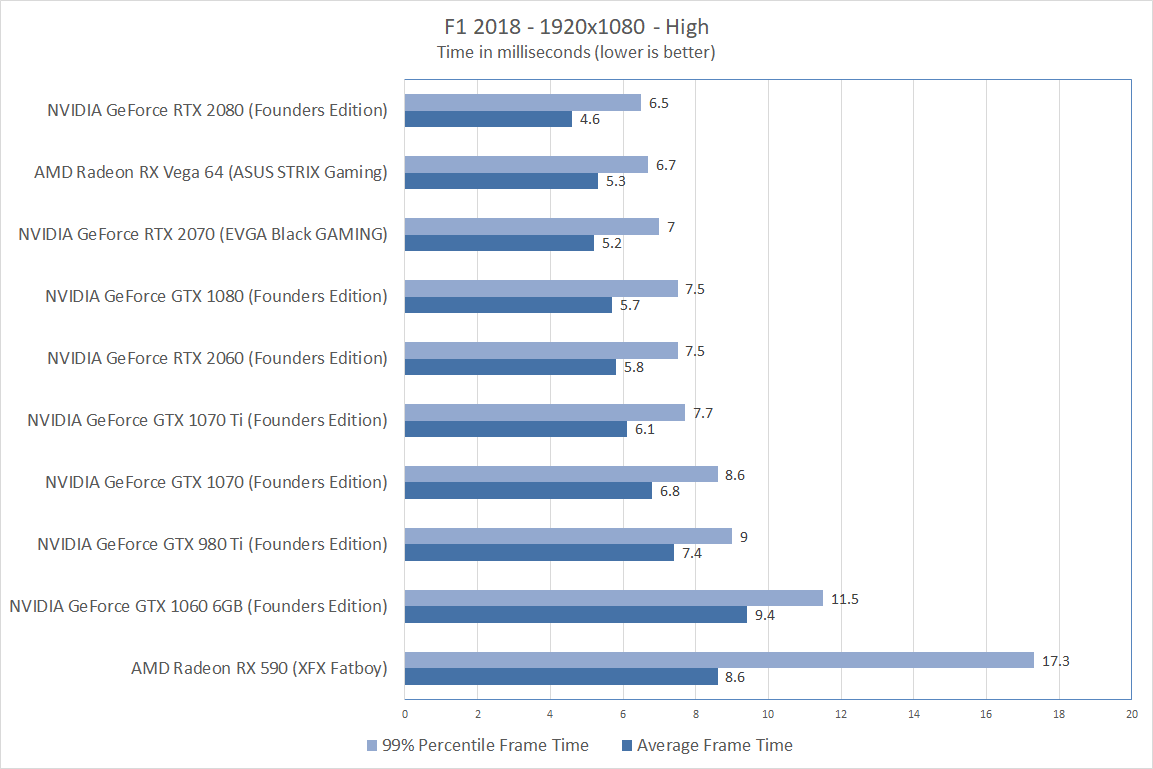 Framerates are about halved when moving up to UHD, even with the preset lowered to "medium" in the game, but all cards on test still provided excellent gameplay with 48 FPS the lowest average of the group from the GTX 1060 6GB. That card is an interesting part of the story, as it lags behind the rest of the pack by a rather considerable margin at times, and shows just what a jump the RTX 2060 is as a "mid-range" offering just a year later. 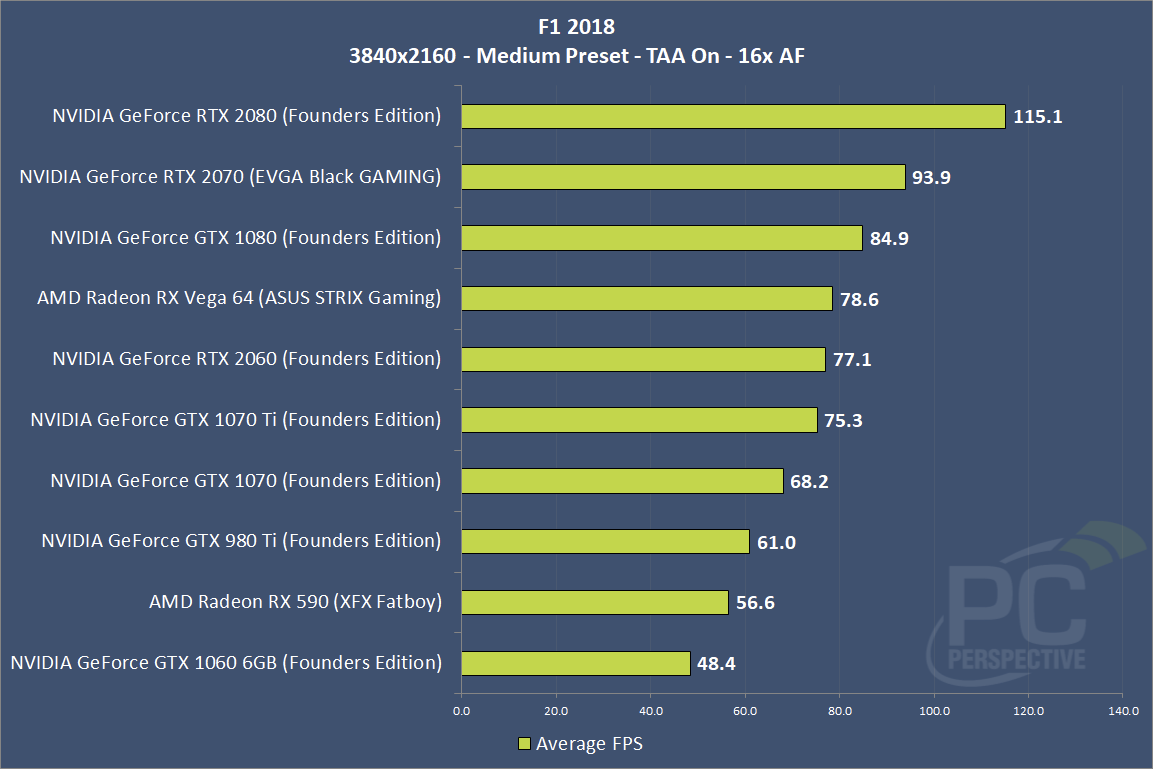 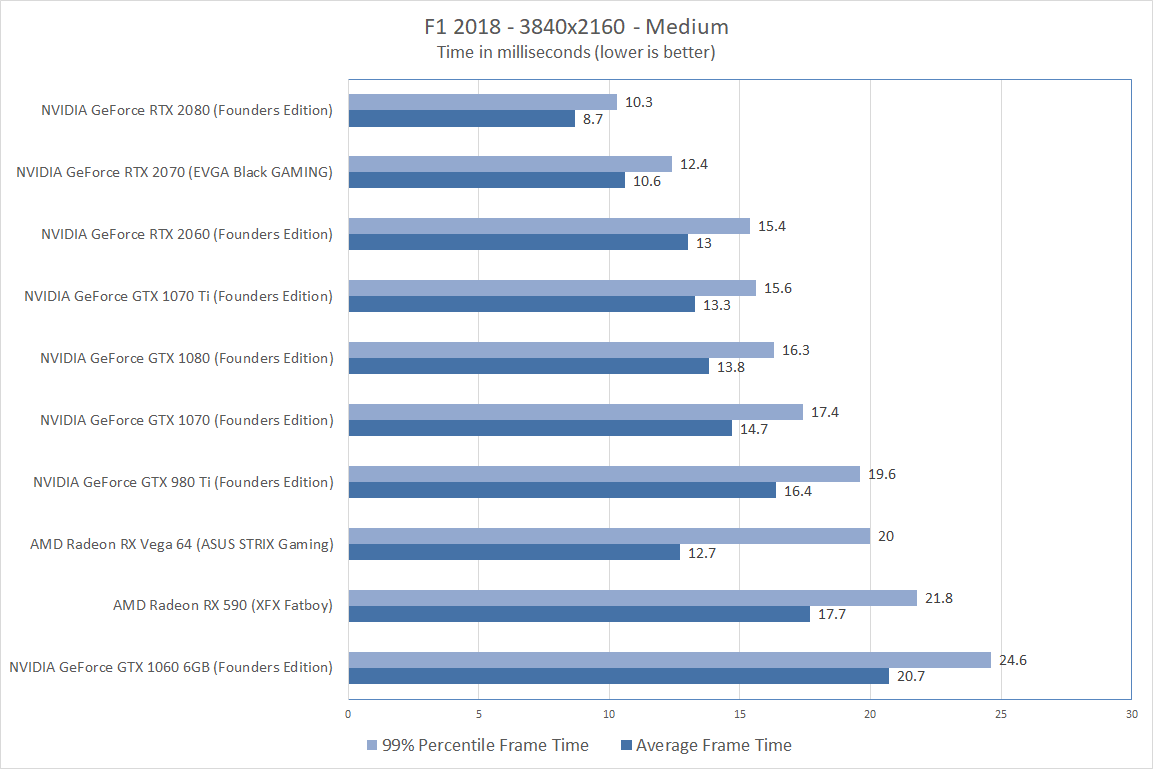 Next up we have one of the more challenging benchmarks these cards faced: Far Cry 5. It doesn't bring a system to its knees like Crysis once did, but it's still a very good test of graphics hardware. 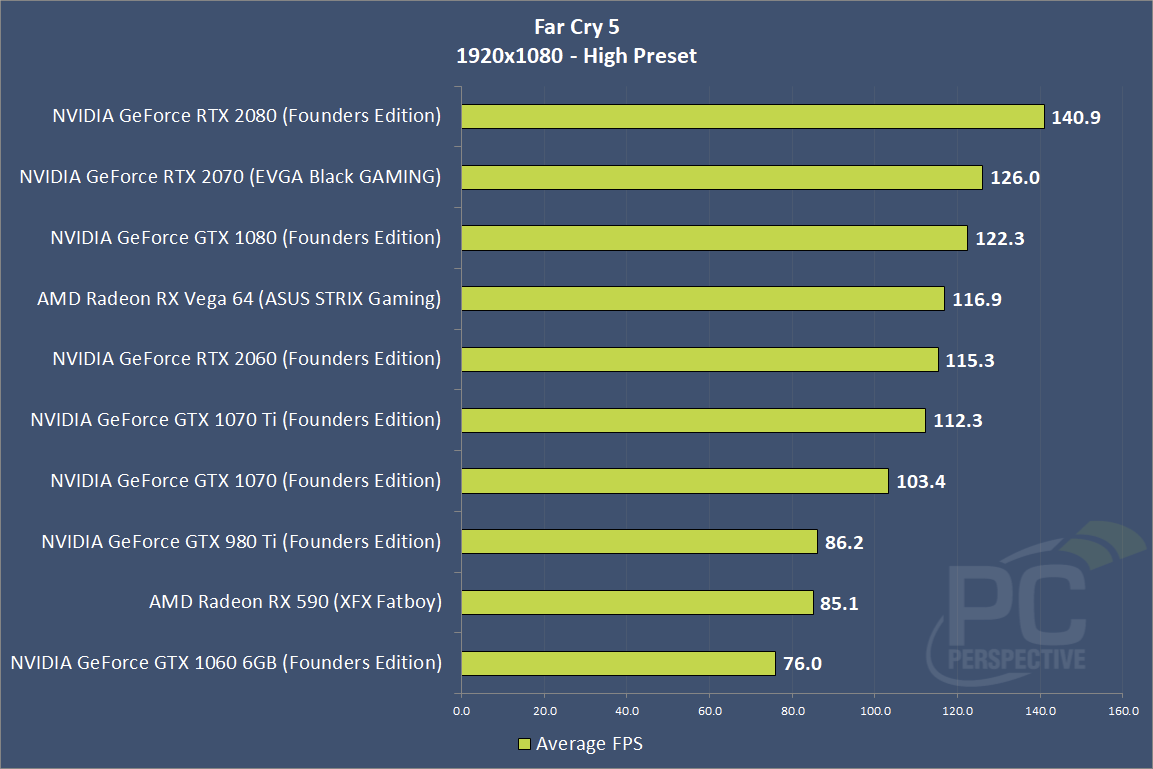 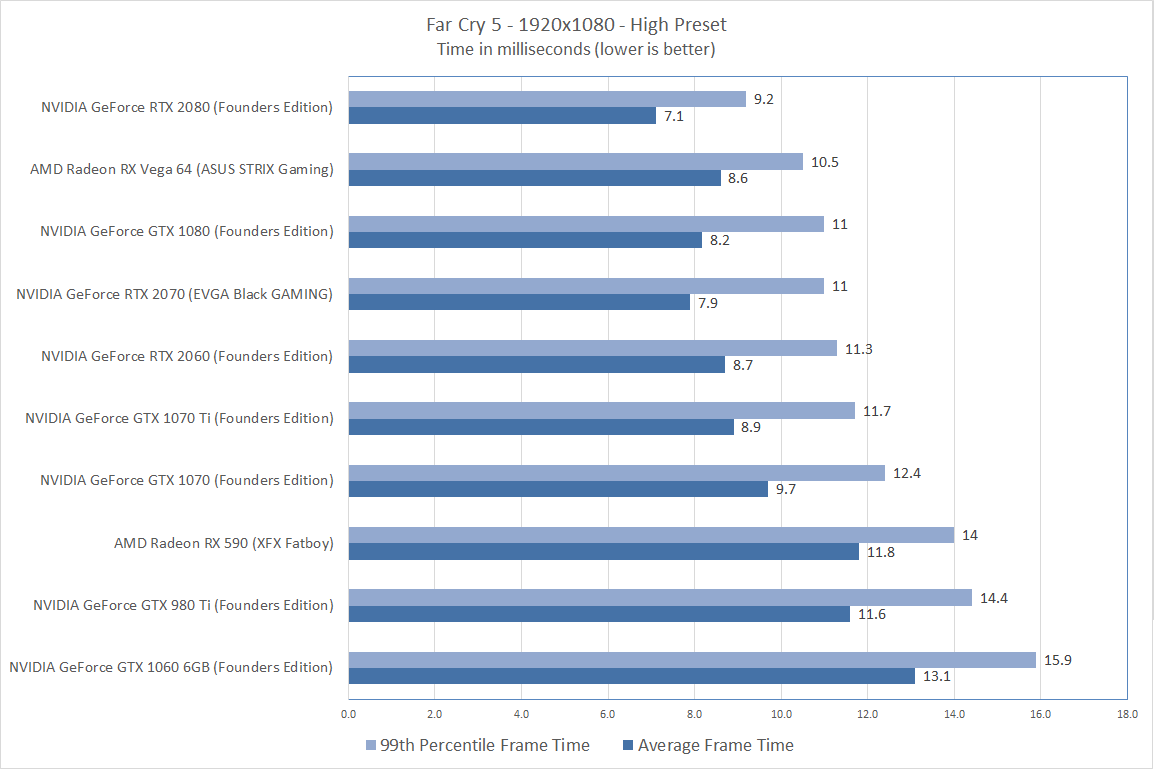 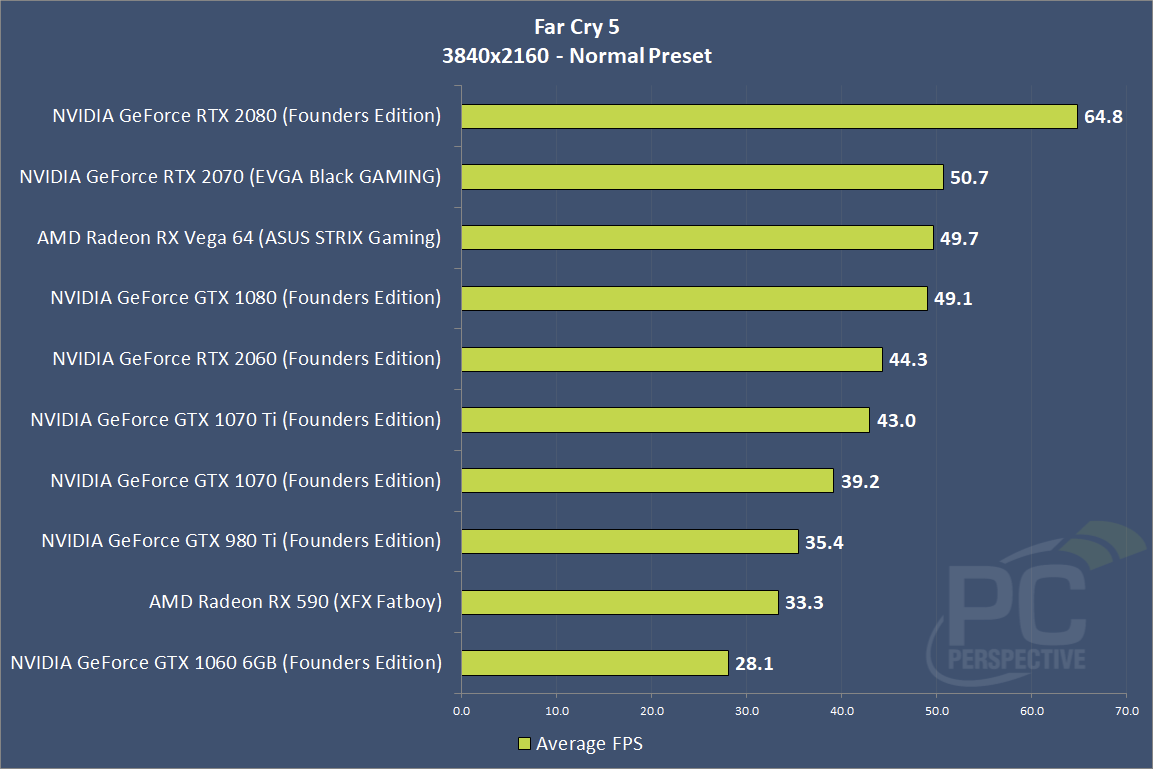 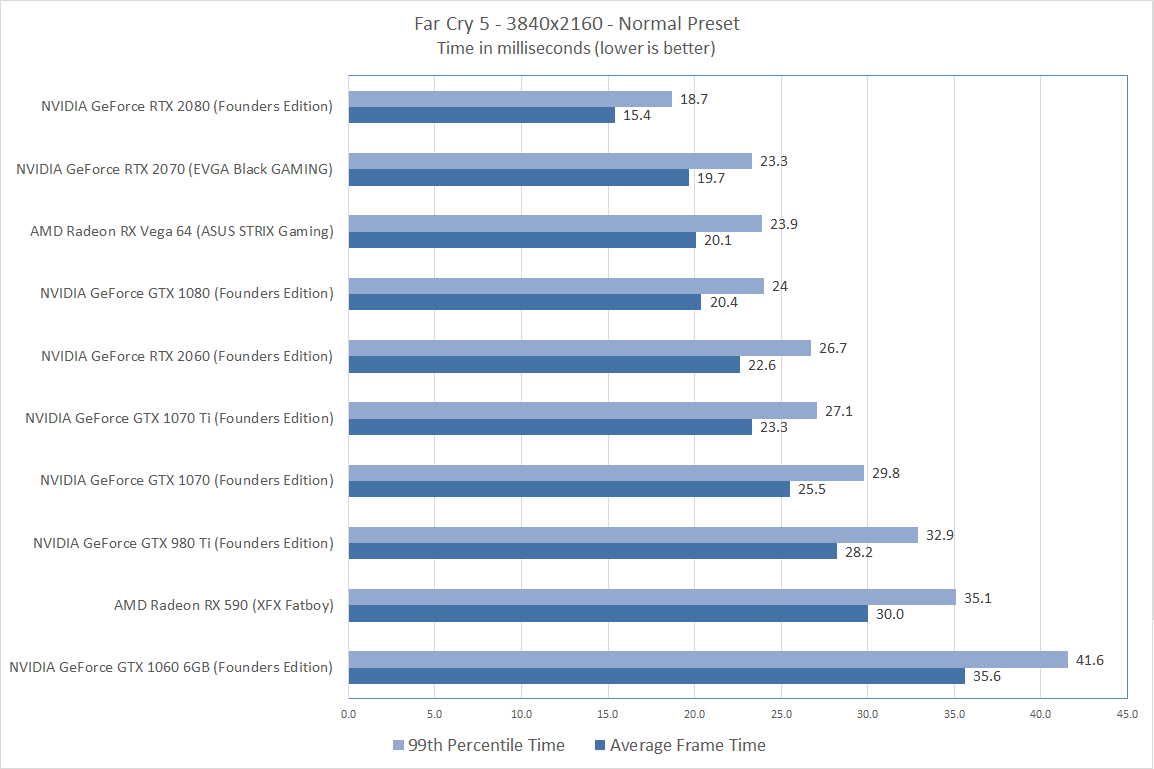 On the next page we'll look at power consumption and temps with the various cards, and then wrap up this initial look at the RTX 2060 Founders Edition card.