If you have an RTX-based graphics card, then you can now enable Deep Learning Super Sampling (DLSS) on 3DMark’s Port Royal benchmark. NVIDIA has also published a video of the benchmark running at 1440p alongside Temporal Anti-Aliasing (TAA).

Two things stand out about the video: Quality and Performance.

On the quality side: holy crap it looks good. One of the major issues with TAA is that it makes everything that’s moving somewhat blurry and/or otherwise messed up. For DLSS? It’s very clear and sharp, even in motion. It is very impressive. It also seems to behave well when there are big gaps in rendered light intensity, which, in my experience, can be a problem for antialiasing.

On the performance side, DLSS was shown to be significantly faster than TAA – seemingly larger than the gap between TAA and no anti-aliasing at all. The gap is because DLSS renders at a lower resolution automatically, and this behavior is published on NVIDIA’s website. (Ctrl+F for “to reduce the game’s internal rendering resolution”.)

Apparently there's another mode, called DLSS 2X, that renders at native resolution. It won't have the performance boost over TAA, but it should have slightly higher rendering quality. I'm guessing it will be especially noticeable in the following situation.

While NVIDIA claims that it shouldn’t cause a noticeable image degradation, I believe I can see an example (in the video and their official screenshots) where the reduced resolution causes artifacts. If you look at the smoothly curving surfaces on the ring under the ship (as the camera zooms in just after 59s) you might be able to see a little horizontal jagged or almost Moiré effect. While I’m not 100% sure that it’s caused by the forced dip in resolution, it doesn’t seem to appear on the TAA version. If this is an artifact with the lowered resolution, I’m curious whether NVIDIA will allow us to run at the native resolution and still perform DLSS, or if the algorithm simply doesn’t operate that way. 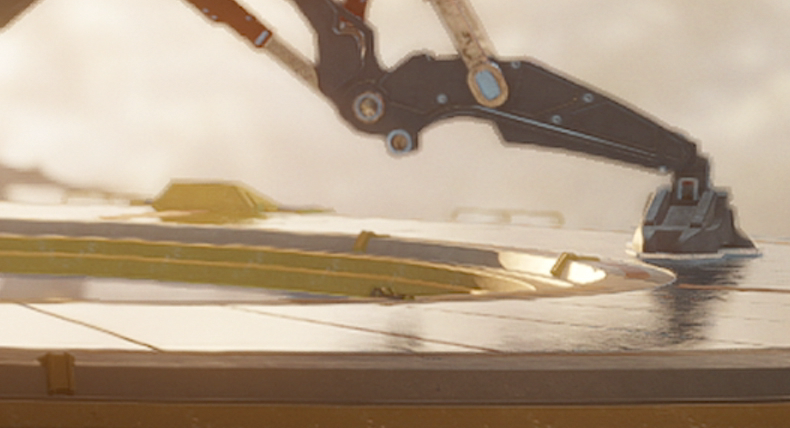 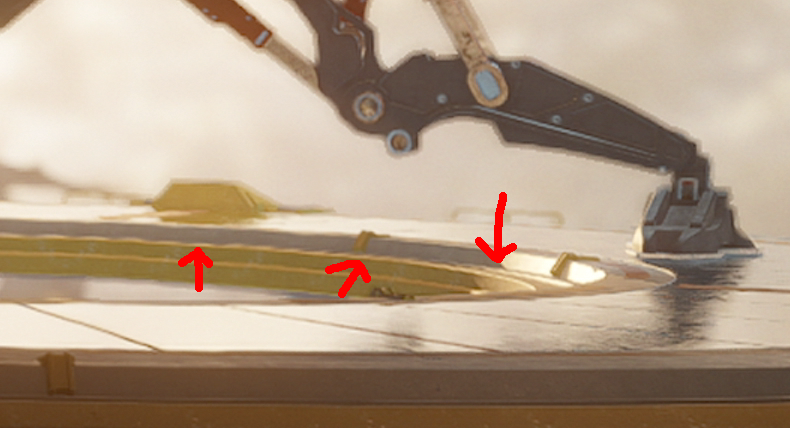 DLSS with artifacts pointed out

That said, the image quality of DLSS is significantly above TAA. It’s painful watching an object move smoothly on a deferred rendering setup and seeing TAA freak out just a little to where it’s noticeable… but not enough to justify going back to a forward-rendering system with MSAA.