How does the world’s first 7nm gaming GPU stack up?

After a month-long wait following its announcement during the AMD keynote at CES, the Radeon VII is finally here. By now you probably know that this is the world’s first 7nm gaming GPU, and it is launching today at a price equal to NVIDIA’s GeForce RTX 2080 at $699. 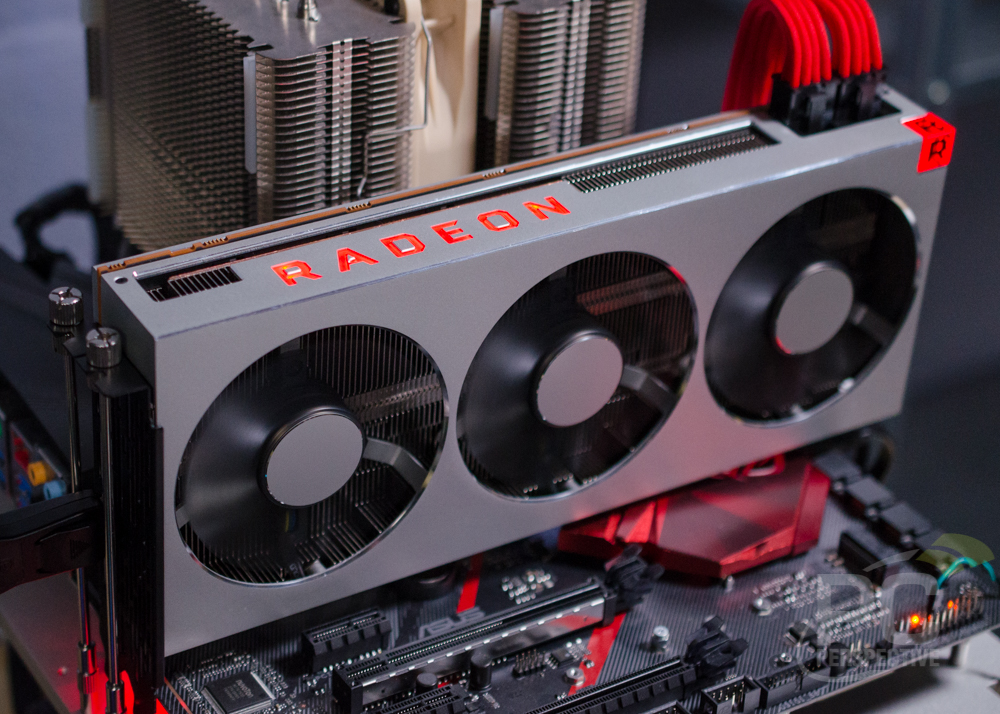 The AMD Radeon VII in action on the test bench

More than a gaming card, the Radeon VII is being positioned as a card for content creators as well by AMD, with its 16GB of fast HBM2 memory and enhanced compute capabilities complimenting what should be significantly improved gaming performance compared to the RX Vega 64.

At the heart of the Radeon VII is the Vega 20 GPU, introduced with the Radeon Instinct MI60 and MI50 compute cards for the professional market back in November. The move to 7nm brings a reduction in die size from 495 mm2 with Vega 10 to 331 mm2 with Vega 20, but this new GPU is more than a die shrink with the most notable improvement by way of memory throughput, as this is significantly higher with Vega 20. 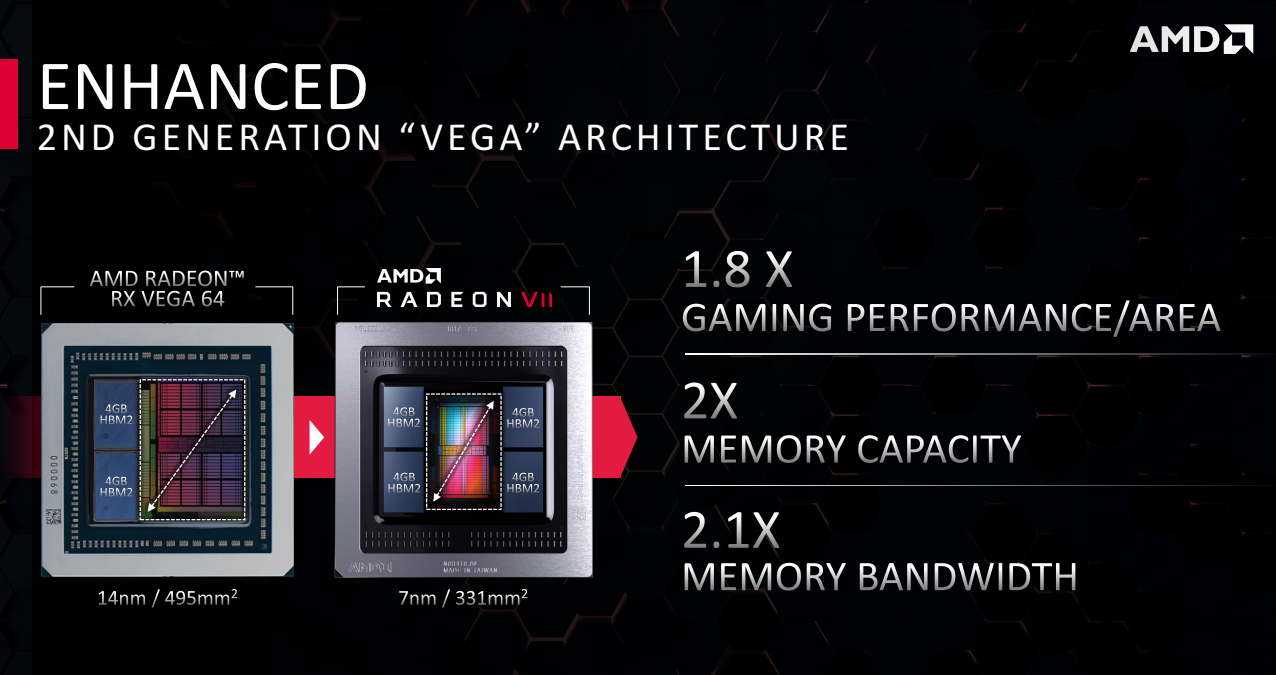 Double the HBM2, more than double the bandwidth

While effective memory speeds have been improved only slightly from 1.89 Gbps to 2.0 Gbps, far more impactful is the addition of two 4GB HBM2 stacks which not only increase the total memory to 16GB, but bring with them two additional memory controllers which double the interface width from 2048-bit to 4096-bit. This provides a whopping 1TB (1024 GB/s) of memory bandwidth, up from 483.8 GB/s with the RX Vega 64.

As impressive as the memory gains are, the Radeon VII does not contain the full version of the Vega 20 core, which is currently limited to the professional Radeon Instinct MI60 compute card. With 4 of the compute engines disabled the Radeon VII offers 60 NCUs (next-generation compute units) compared to the full 64 NCUs from the Instinct MI60 (and even the RX Vega 64), and this disparity means that Radeon VII has fewer stream processors at its disposal with 3840 vs the 4096 we had with RX Vega 64. 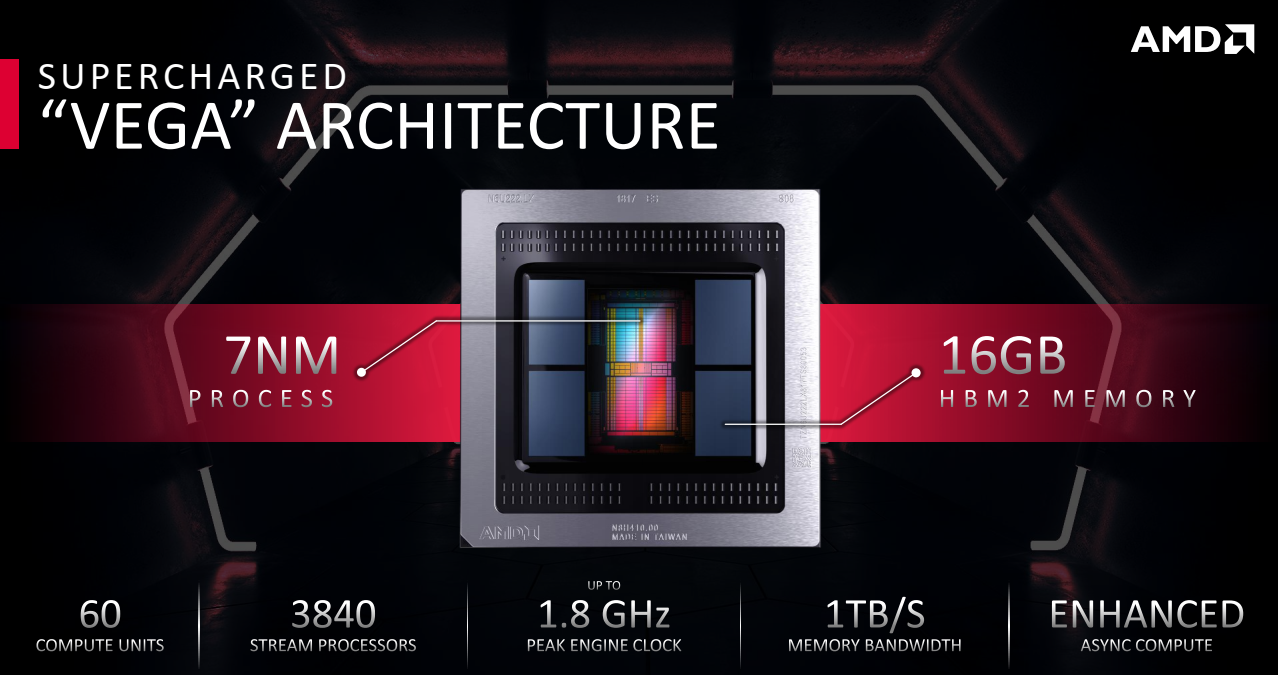 Even with the reduction in stream processors calling Radeon VII “supercharged Vega” still makes sense when you consider that it provides not only double the memory bandwidth, but – taking full advantage of the more efficient 7nm process and requisite reduction in die size and power consumption – it offers clocks that are much more aggressive than we saw with the RX Vega 64 (even higher than the liquid-cooled version of the RX Vega 64 from AMD). 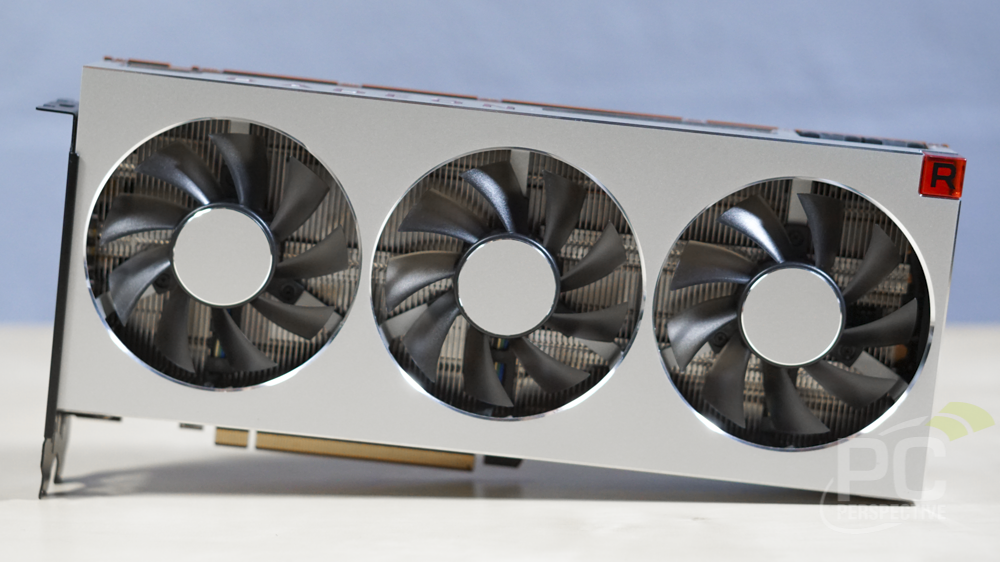 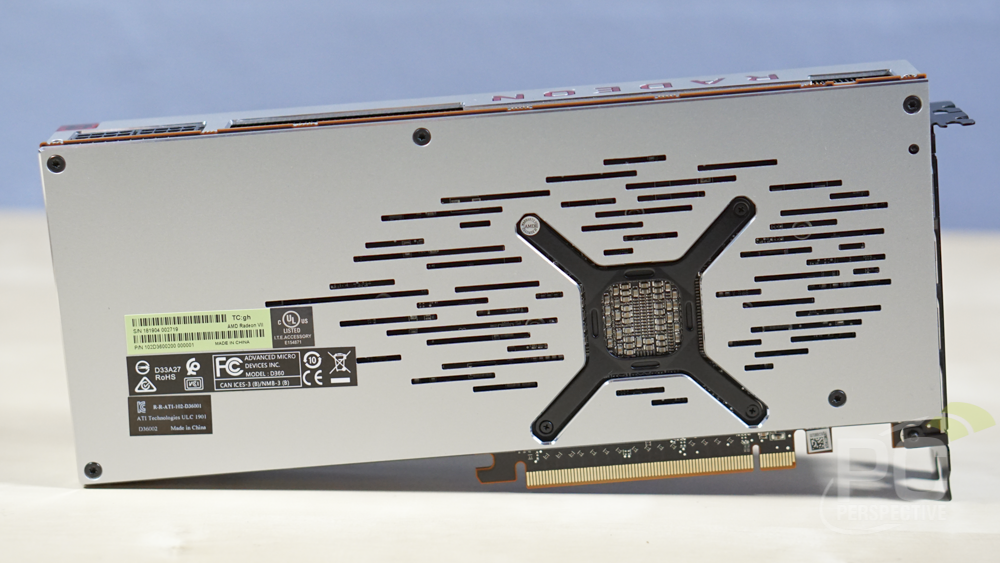 While AMD has not detailed specific architectural changes leading up to the launch of Radeon VII, they have provided an overview of the enhancements:

“We have also added optimizations to increase frequencies and reduce latency, while increasing the bandwidth for ROPs to enable improved gaming performance. In addition, increased floating point and integer accumulators aid with the improved compute performance demonstrated in various compute benchmarks.”

If you have read the details about AMD's Radeon Instinct cards you may notice that the Radeon VII is closely related to the Instinct MI50, which shares its 60 NCU count and 16GB HBM2 specification. However Radeon VII should not cannibalize Instinct sales as it does not have full double precision enabled (note: AMD has released a statement regarding FP performance, as this has been set to 1/4SP rather than the previously communicated 1/16SP rate, reported by AnandTech this morning) and is missing other MI50 features including its ECC memory, Infinity Fabric Links, and RAS support (not to mention MI50 and MI60 are PCI Express 4.0-capable devices and Radeon VII remains on the PCI Express 3.0 bus). No, what we have with Radeon VII is a gaming GPU first and foremost, though there is sufficient compute capability to potentially make this an attractive alternative to a professional workstation card, depending on your workload.

So will the enhancements to Vega at 7nm propel the Radeon VII past all previous Radeon cards? Surely. And will this new card allow AMD to compete directly with NVIDIA at this $699 price point in the gaming market? We must move on the benchmarks to find out, and we are finally able to share these results, beginning with synthetic benchmarks on the next page. 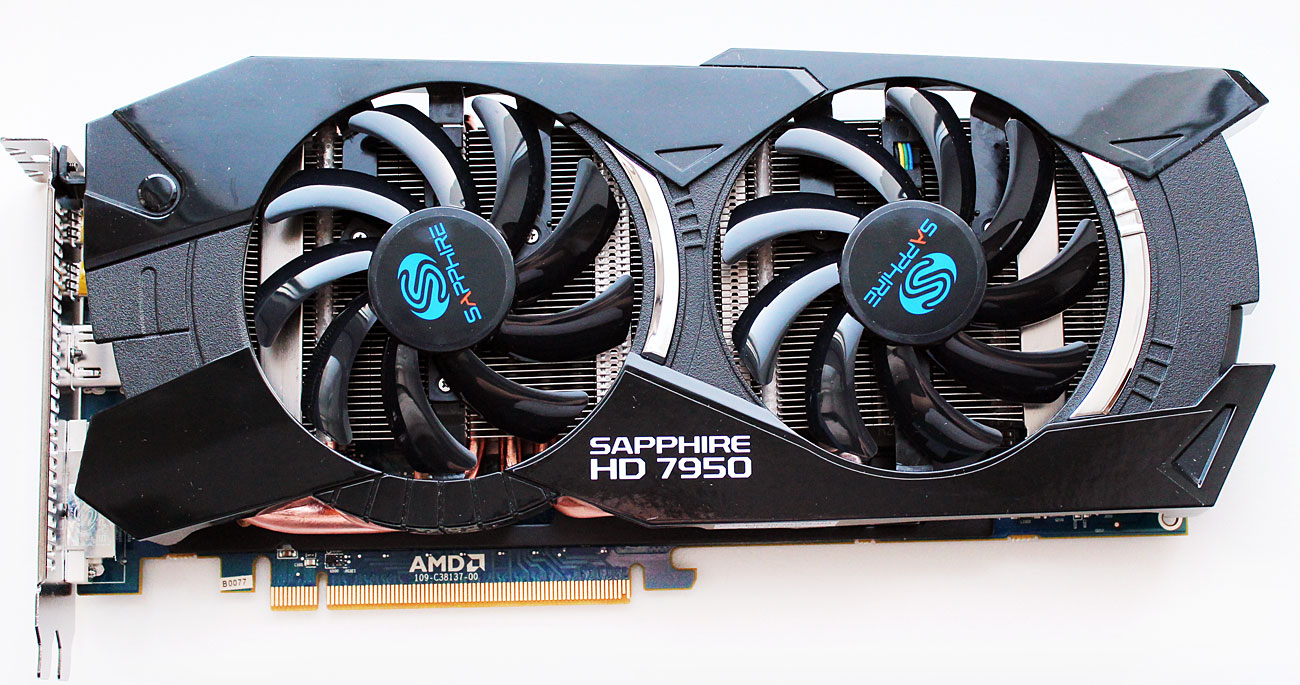