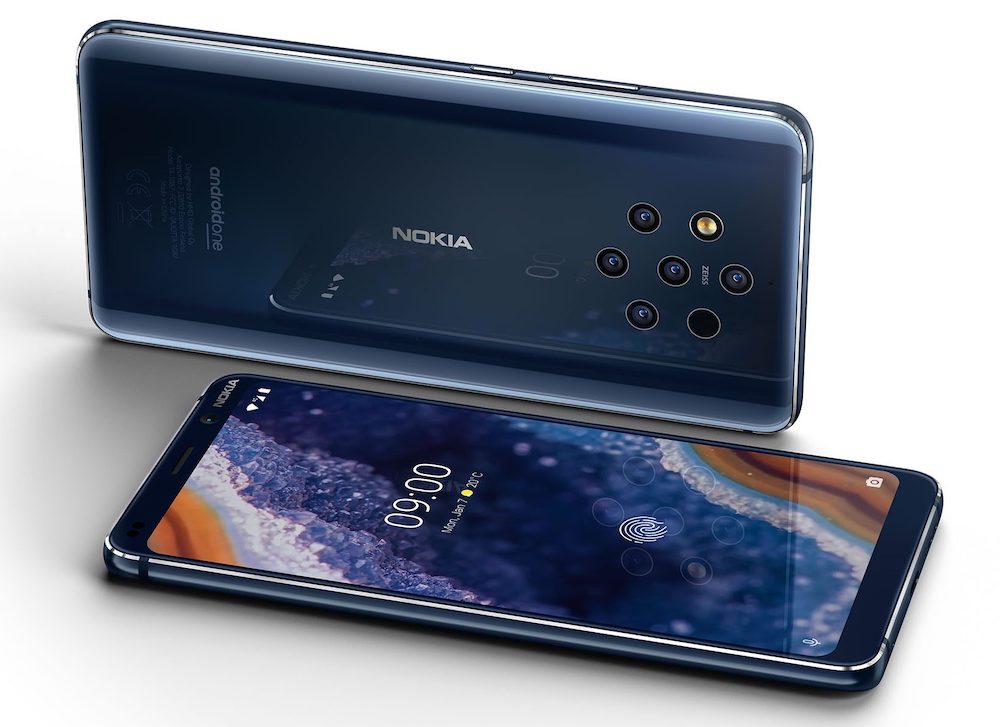 The PureView 9 nestles a 5.99-inch QHD+ pOLED HDR10 certified display (2880×1440 resolution) in a two-tone Midnight Blue body with front and back glass faces and aluminum sides with curved stylized edges. There is an optical fingerprint reader under the display and a small front facing camera sitting above the display. If you are looking for an edge-to-edge display, the PureView 9 is not the phone for you as it does have small bezels top and bottom and the front face does not curve into the sides. Ars Technica compares the design to the LG V30 which I would say is fair as both phones have similar bezels with curved display corners. For a most specific comparison, the V30 puts the “selfie” camera on the left not the right like the PureView 9, the bezels on the Nokia may be ever so slightly thicker and there is also a Nokia logo in the top right corner while there is no branding on the front of the V30. Nokia’s PureView 9 features a single USB-C port on the bottom edge along with what looks to be a single speaker. The right side holds the volume and power buttons while the left side is blank. The top edge appears to be the SIM tray slot.

I like the blue colors HMD has chosen, and while a good portion of the back is taken up by the camera system, the lenses sit flush with the body which is nice to see (Nokia has never been one afraid of cameras protruding from the phone in the name of photo and lens quality). There are five Zeiss camera lenses, one LED flash, and a sensor suite including time of flight grouped in a hexagonal shape.

The cameras are the star of the show with the Nokia PureView 9 and where most of the money was focused. HMD/Nokia partnered with Light to design a system with five 12MP f/1.8 camera sensors two of which have the RGB color filters and three of which are monochrome sensors that let it far more light than your usual camera sensor thanks in large part to not having a color filter which absorbs most of the light that enters the camera. In fact, HMD claims that the PureView 9’s five camera sensor system captures 10 times as much light as single sensor of the same type. Light provided its Lux Capacitor co-processor to allow all five cameras (it supports up to six) to shoot simultaneously allowing Nokia to use up to 60MP of total data from a single shot from each of the five 12MP cameras or up to 240MP of data when doing temporal image stacking with each camera taking four shots each combined and then downstacked/downsampled into, ideally, a much better 12MP (JPG or RAW DNG) image than would be possible with a single camera on its own using various computational photography and “Image stacking” techniques. The camera should do really well in low-light situations as well as being able to offer depth of field and bokeh effects that are much closer to reality and DSLR cameras than to your typical smartphone that can fake it. Nokia’s also partnered with Google to allow photographers to save shots to Google Photos with GDepth at up to 1200 layers of dept of field data that can be adjusted later to get customized photos in editing. Speaking of editing, Nokia and Adobe are supporting the PureView 9 in the Android version of Lightroom with a camera profile allowing you to work with the RAW DNG images right on your phone which is interesting, at least in theory (it’s not clear what performance will be like with the SD845).

In typical Nokia fashion, its Pro Camera UI offers a full manual mode as well as features like long exposure (with a tripod), time lapse, bokeh, filters, scenes, and more.

What is powering this camera that happens to make calls and run Android though? Well, here is where Nokia has compromised in the design with the use of the older Snapdragon 845 chipset though it is paired with 6GB of RAM and 128GB of UFS 2.1 internal memory (not expandable as there is no microSD card support). There is a 3320 mAh battery though and a stock Android One (Pie) OS experience.

HMD’s Nokia PureView 9 will reportedly be a limited production run product with an MSRP of $699. The flagship pricing may be difficult for some smartphone enthusiasts to justify especially with competing flagships also being announced at MWC featuring newer designs with edge-to-edge displays, newer processors, and support for 2TB microSD cards. For amateur photographers and anyone that uses their smartphone as their primary camera and love taking photos though the Nokia PureView 9 may be the niche product to beat in 2019 so long as the usual build quality, I’ve come to expect from Nokia holds up.

I do worry about the glass back and how that will hold up (it is Gorilla Glass 5 at least and the phone is IP67 rated for dust/water resistance) and 9-to-5 Google’s hands-on video mentions that the optical fingerprint reader was hit-or-miss (which can hopefully be improved between now and launch). No microSD card slot and no headphone jack may also turn off buyers (one advantage the V30 retains), and while many photo-happy users could live without the headphone jack, no expandable storage is a real disappointment and the 128GB of internal storage simply may not be enough.

I am looking forward to the reviews on this and am curious to see how the camera performs in the real world and what is possible with video recording as well. I don’t see the PureView 9 winning any popularity contests in 2019 and it appears to be kind of a mixed bag even with its exciting camera system with certain drawbacks dragging it down but I can also appreciate why some users might well choose it even with its compromises. 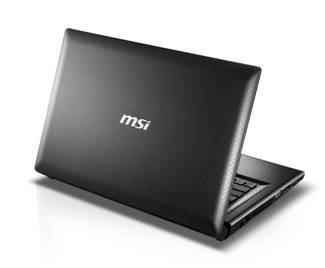 An IBM by any other name