NVIDIA's GeForce 418.91 WHQL drivers have brought DLSS support to Battlefield V and both real-time ray tracing and DLSS to the upcoming Metro Exodus, which will be the first game to support the technologies from day one when it is released (now exclusively on Epic's game store) on February 15.

Battlefield V – This stunning World War II combat game, created by EA and DICE, was the first to support real-time ray-traced reflections and has now added support for DLSS — giving a performance boost of up to 40 percent with ray-tracing reflections enabled.

Metro Exodus – The third installment in the haunting Metro franchise, developed by 4A Games and Deep Silver, will support RTX-enabled real-time ray tracing — the first time it has been used in a game for global illumination. At launch, the game will also support DLSS, boosting performance up to 30 percent, as well as a host of other NVIDIA gaming technologies, including HairWorks, PhysX, Ansel and Highlights.

NVIDIA has posted a video showcasing the performance improvement with DLSS vs. real-time ray tracing in BFV, where gains of up to 40% are advertised:

As to Metro Exodus, with the additional ray traced components it would seem the upcoming game will end up being a popular benchmark for the technologies, after we have seem most of the ray tracing and DLSS discussion surround BFV to this point (Port Royal notwithstanding). At some future date Shadow of the Tomb Raider will enter the mix as well, but this is still awaiting ray tracing and DLSS support via a planned update.

For its part Metro is only gaining 30% with DLSS (vs. real-time ray tracing + TAA) according to NVIDIA, which is obviously lower than the boost to BFV. We have seen a preview of real-time ray tracing and DLSS performance in the latest Metro game over at Tom's Hardware, where they look at the performance differences and perceived quality between the two. It's also worth noting that both BFV and Metro Exodus are not fully ray traced games, as Tom's explains:

"Battlefield applies ray tracing to reflections. Metro Exodus uses it for global illumination from the sun/sky, modeling how light interacts with various surfaces. Local light sources are not ray traced, though."

The Battlefield V DLSS update is now rolling out, with some early performance numbers already available. Metro Exodus will be released on February 15, and is the latest title to eschew Steam in favor of Epic's new platform. 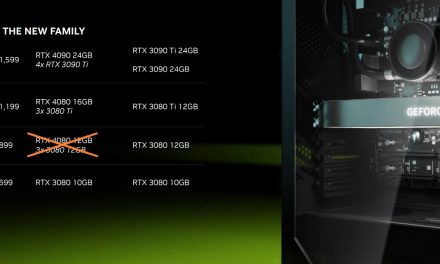