Note: GTX 1660 Ti benchmarks on the next two pages were made using the MSI GAMING X, which arrived first and was the focus of testing early on. This card has a higher TDP and boost clock, and should be representative of what many partners will release as this is an AIB-only launch (no reference cards).

The usual disclaimer about synthetic vs. real-world gaming results applies, of course; though it is sometimes handy to refer to a list of controlled benchmark results like this. As with all benchmarks presented in this review, each test was run three times with the results averaged to achieve the score/frametime/FPS number you will see on the charts below. 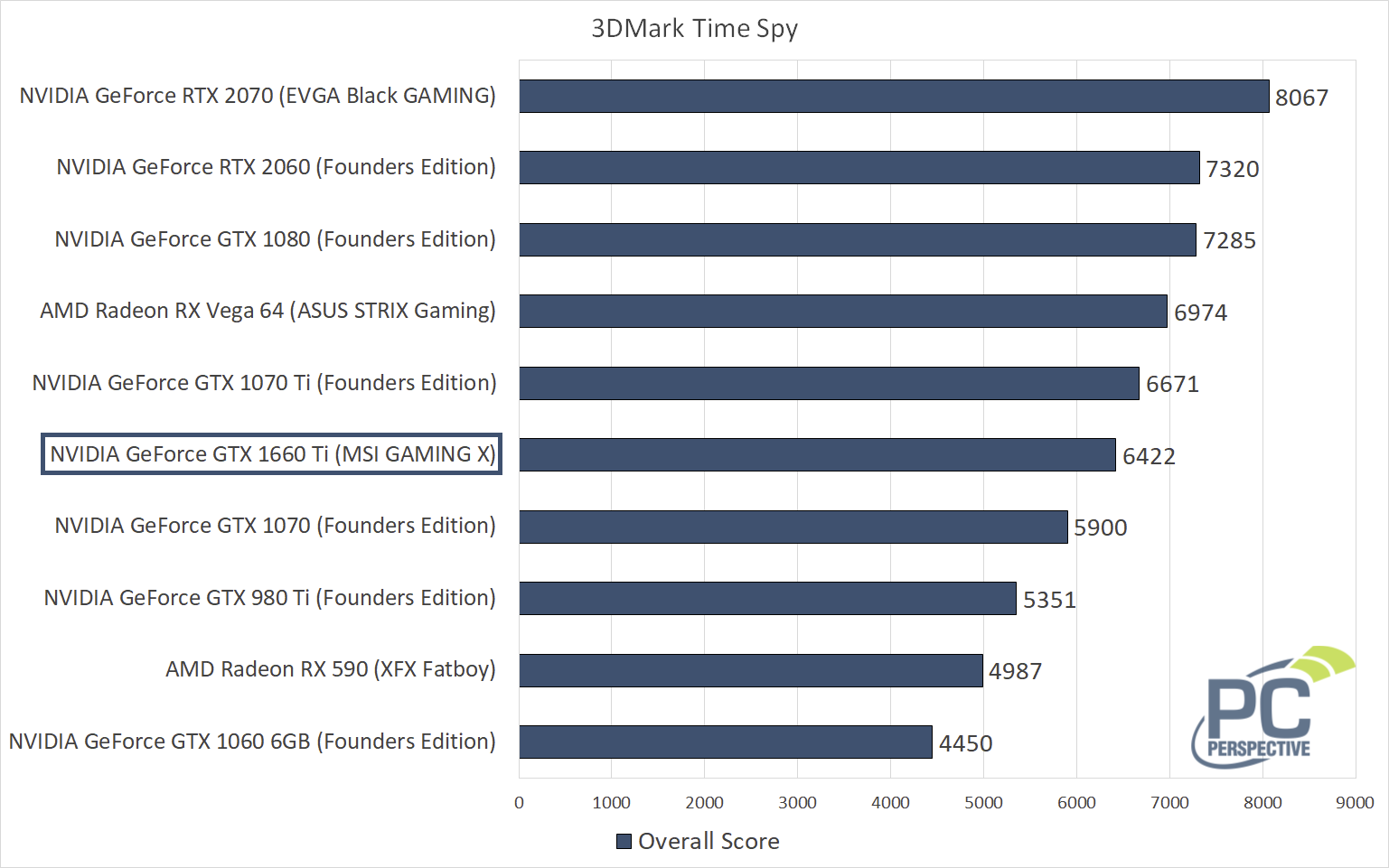 If the GTX 1660 Ti can hold on to this position it will be quite an impressive card at $279, but the results to follow help illustrate why synthetics do not directly translate to in-game performance.

Next is Unigine Superposition, run here using the 1080p high preset. This is a DX11 test. 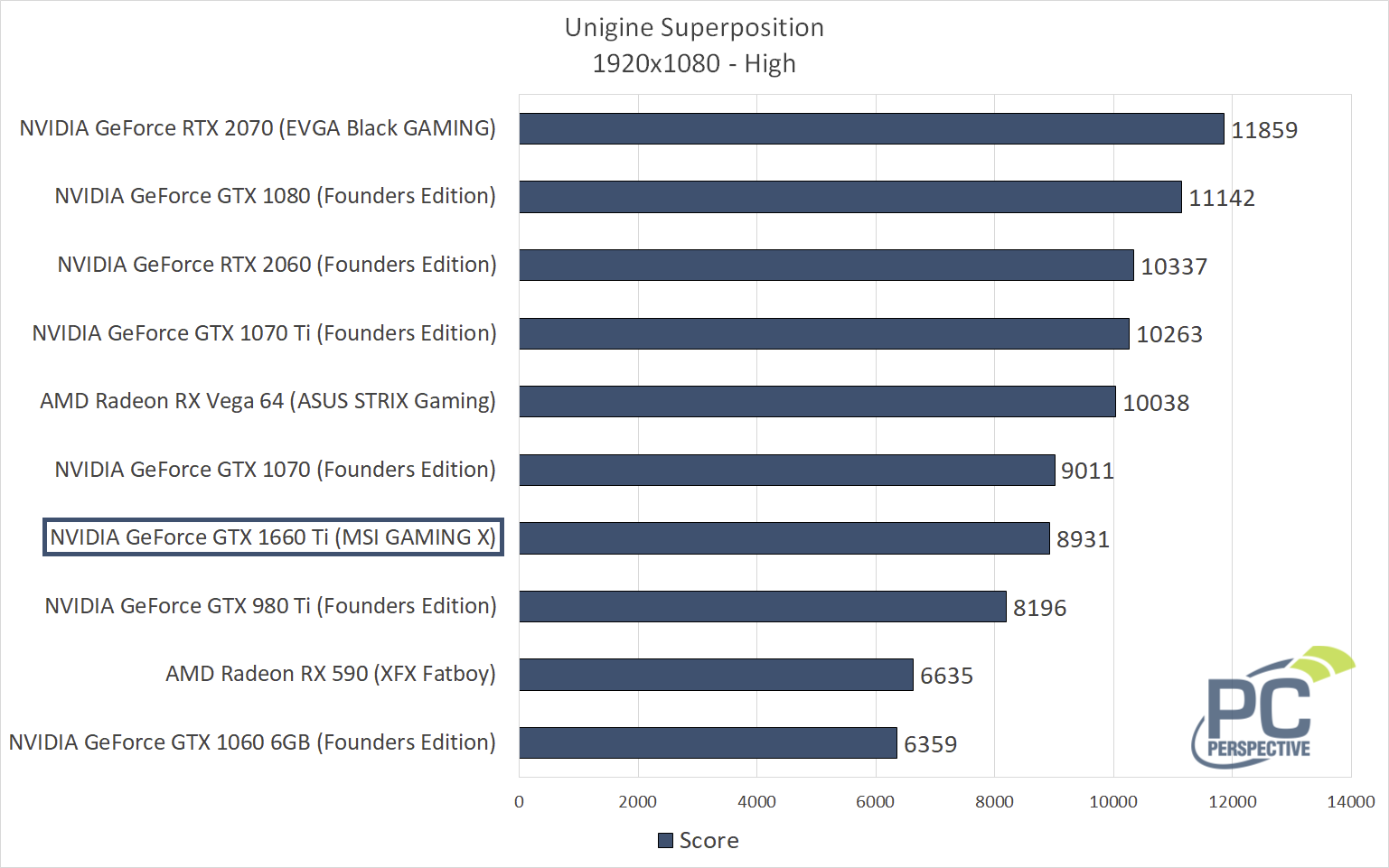 Here the GTX 1660 Ti is behind the GTX 1070, though only by 80 points in overall score. This is still a significant drop from the 3DMark Time Spy result, but that test is also DX12 and 1440p. So what happens when we run Superposition, increasing the resolution to 1440p and using the same settings? 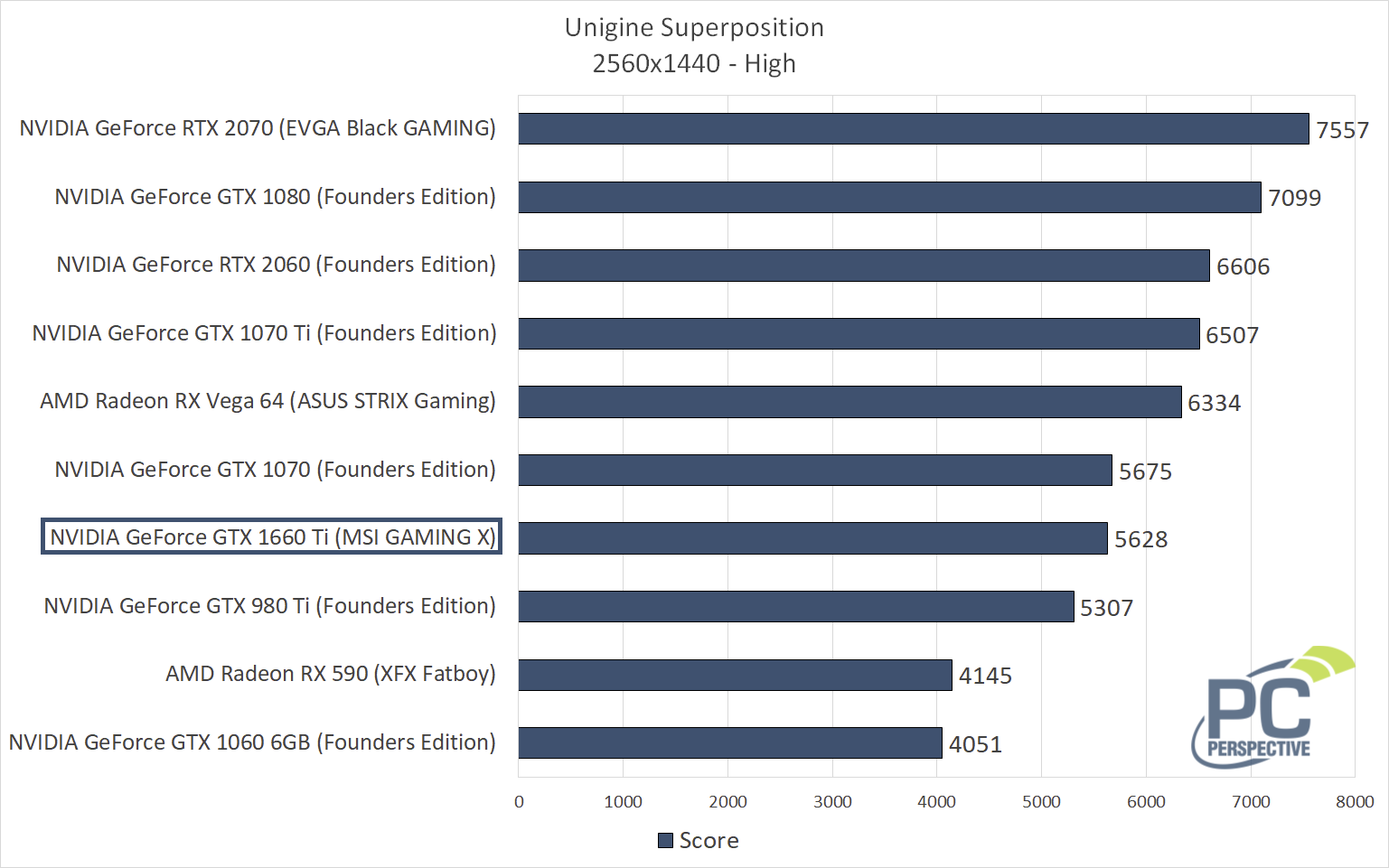 Not much changes, actually. At least as far as the GTX 1660 Ti's position relative to the GTX 1070 goes. But this card is more of a replacement for the GTX 1060 6GB, and in that regard it shows significant gains in these synthetic tests. What about in games? That's next.

As with the previous GeForce RTX 2060 review, we have tested the GTX 1660 Ti with a mix of DX12 and DX11 games, with a couple of standalone benchmarks to round things out. We will begin with these self-contained benchmarks, which are Final Fantasy XV (run at the "standard" preset to reduce the impact of NVIDIA GameWorks optimizations) and World of Tanks enCore (run at the "ultra" preset). 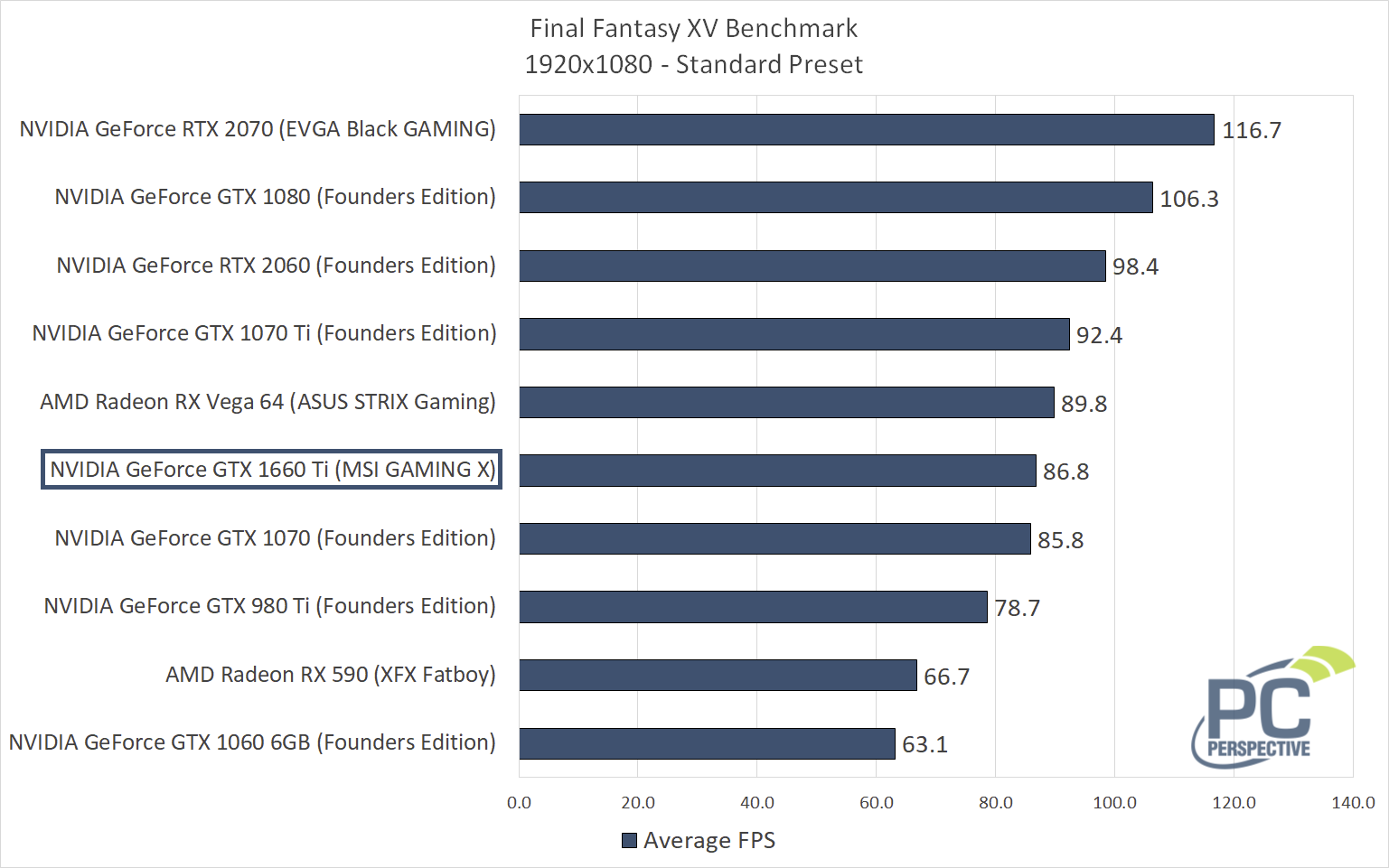 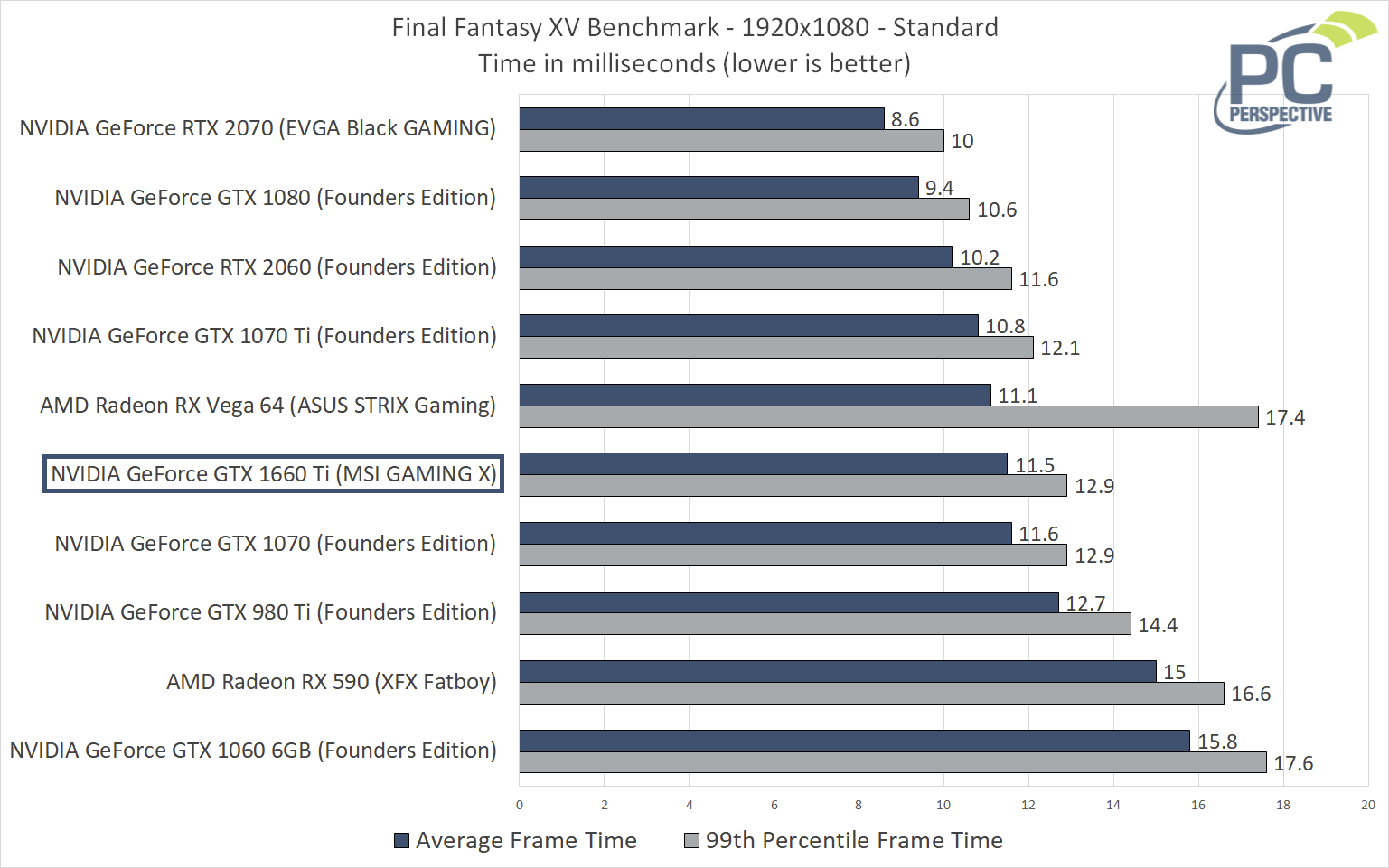 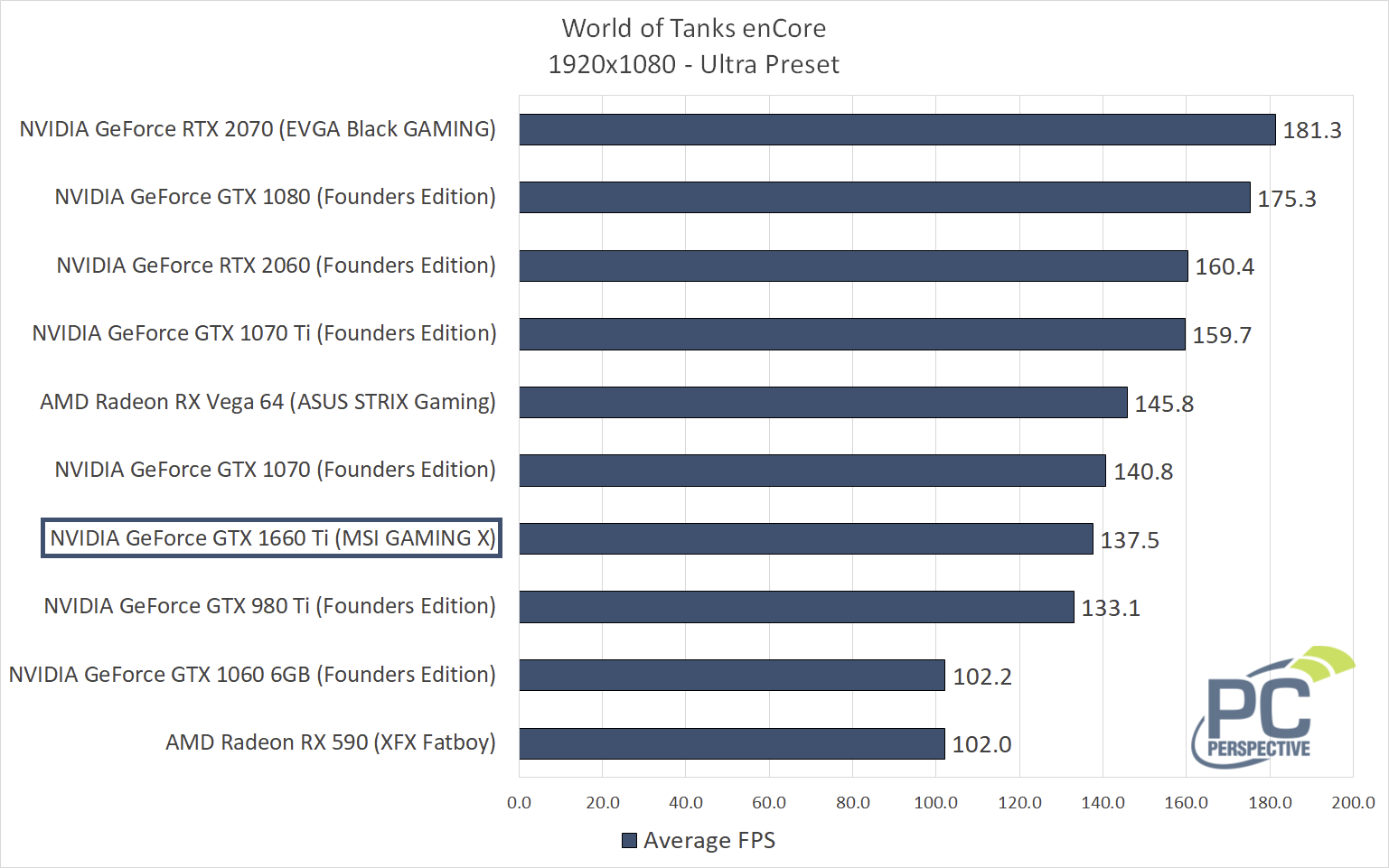 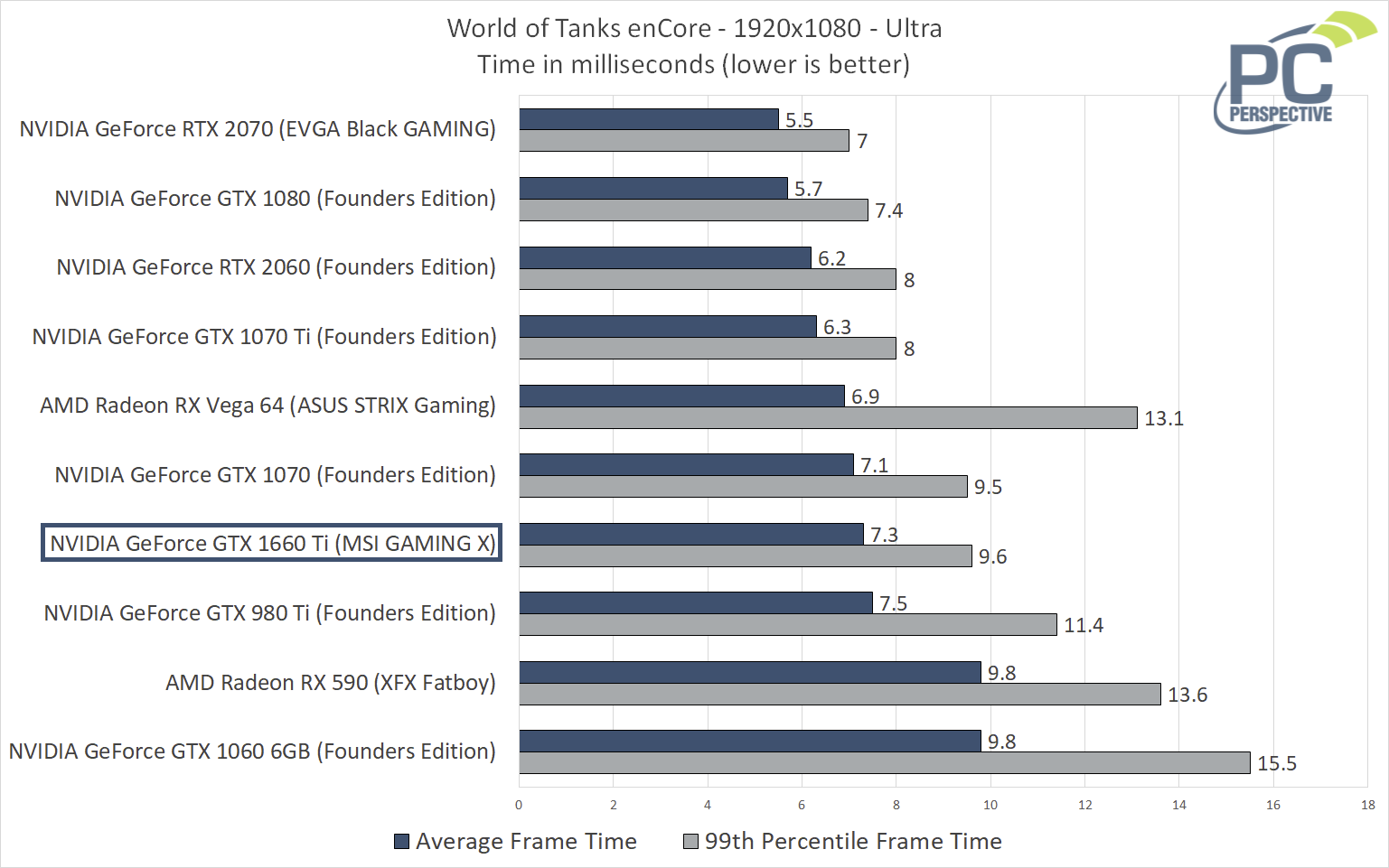 Moving on to the standard game benchmark results, we will begin with the DX12 tests. First up is Ashes of the Singularity: Escalation, run at the high preset. 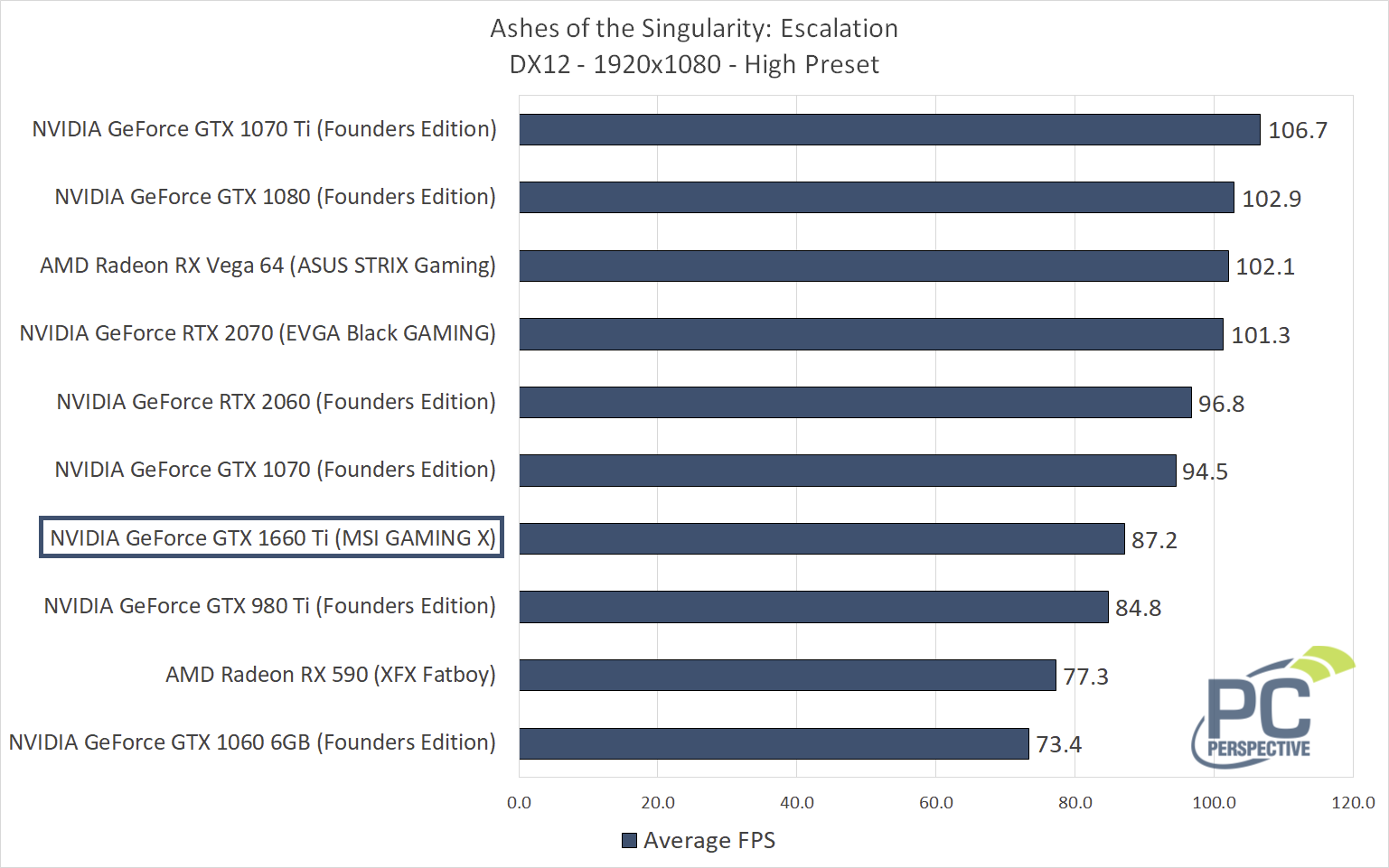 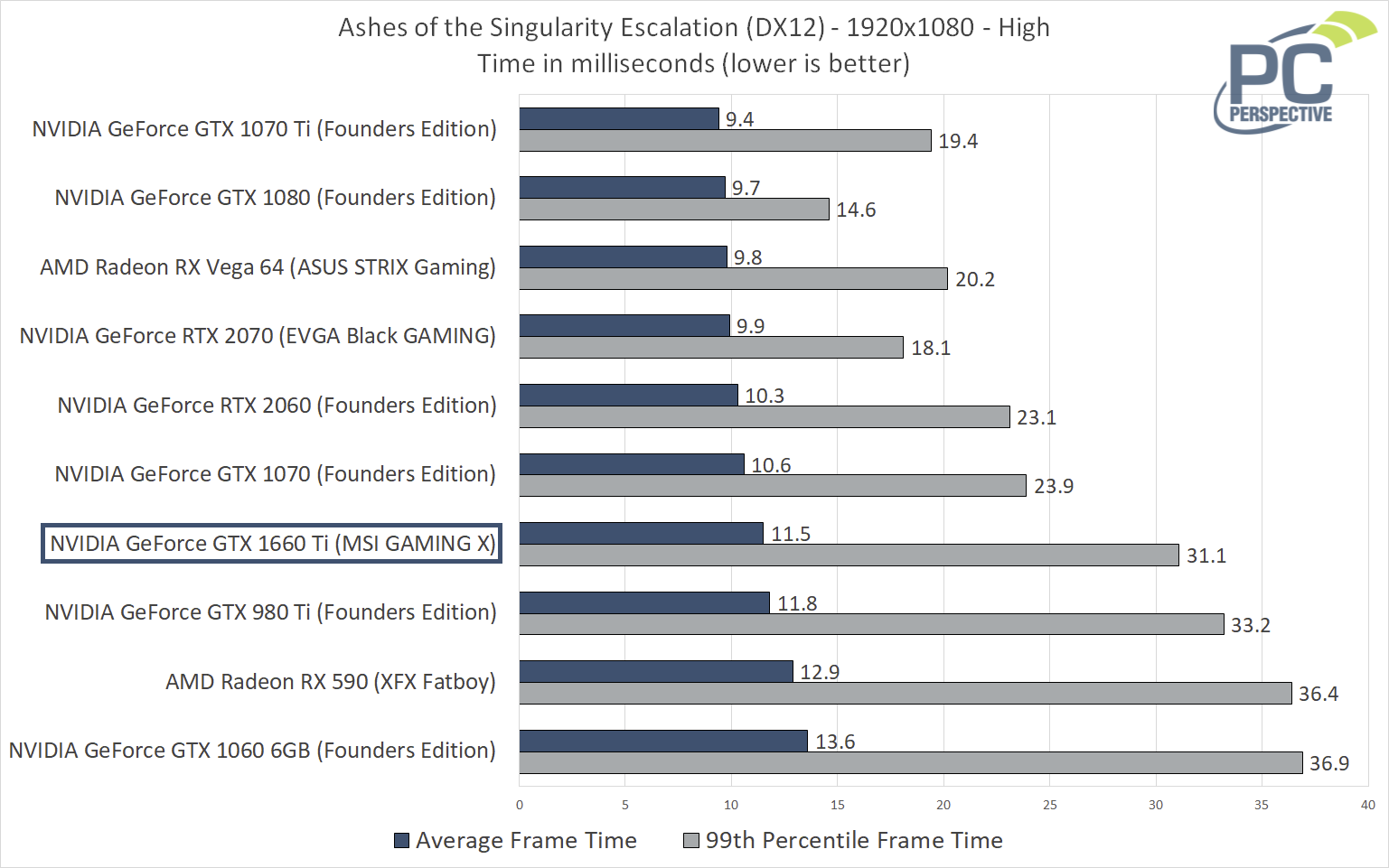 Far Cry 5 is next, also run at the high preset: 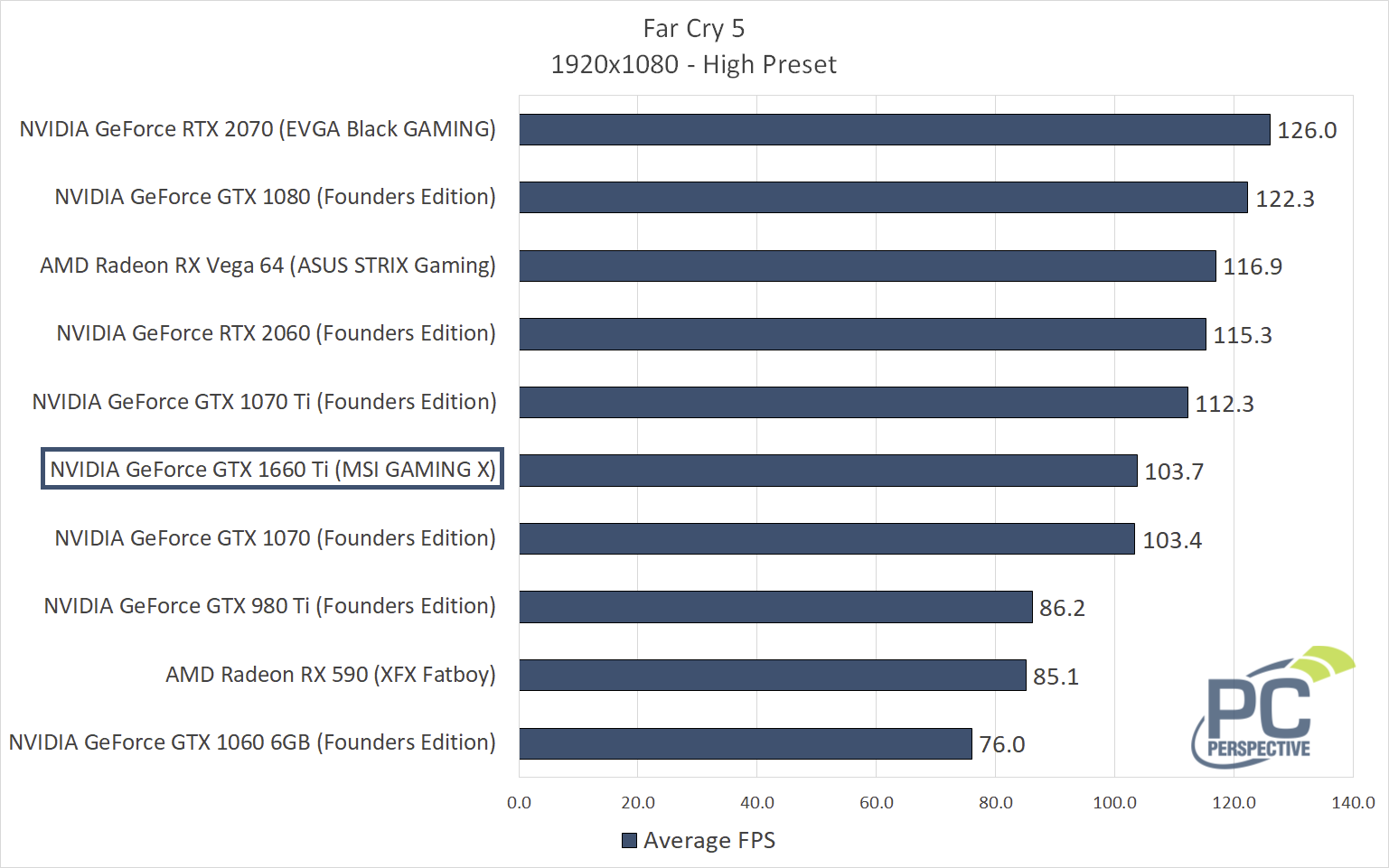 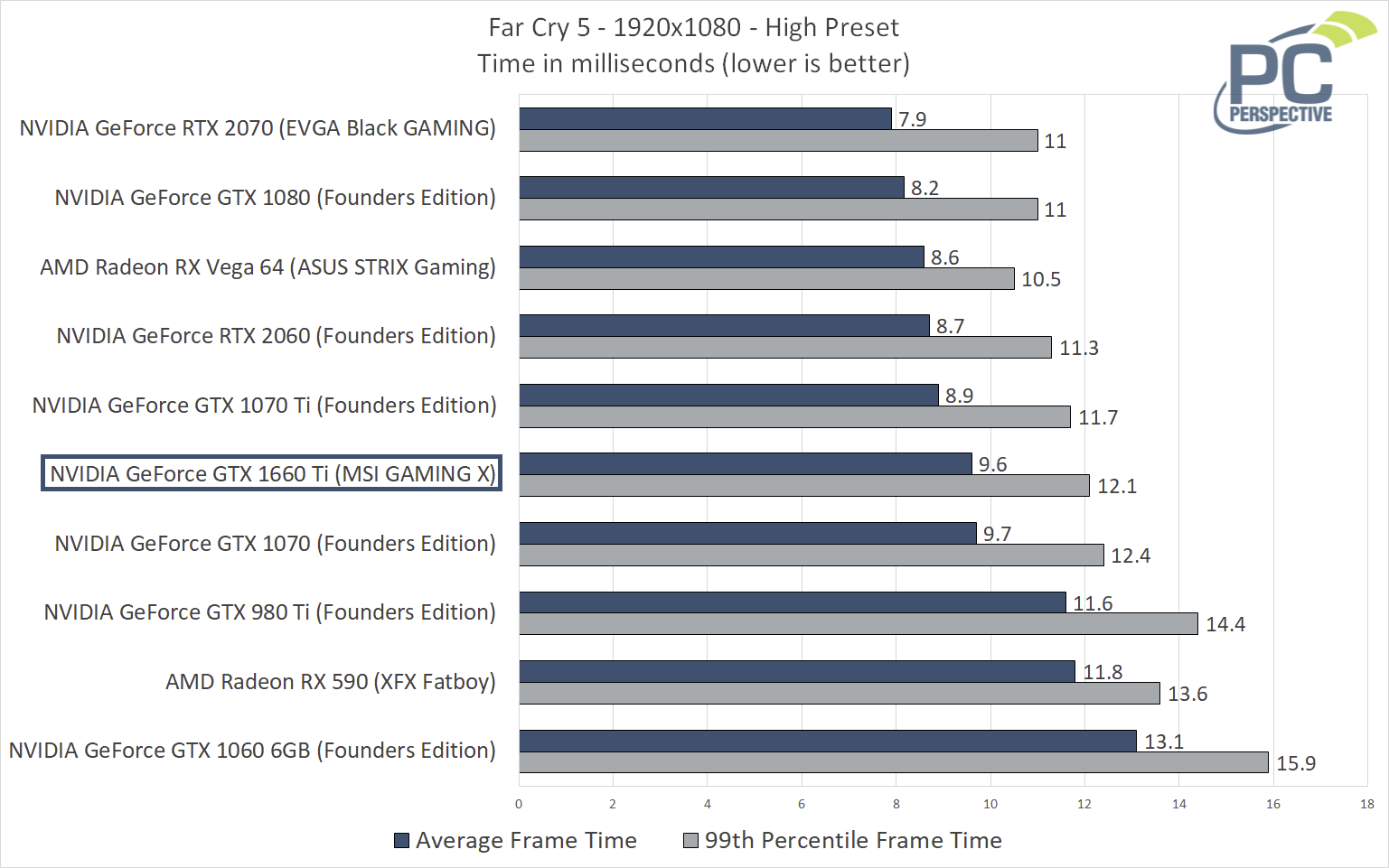 The final DX12 test is Shadow of the Tomb Raider, which was also run at the default "high" settings. While the first two DX12 games are better optimized for AMD hardware than many of our other tests, this game certainly has a reputation of being an NVIDIA-friendly benchmark. We will see how that affects things with the GTX 1660 Ti. 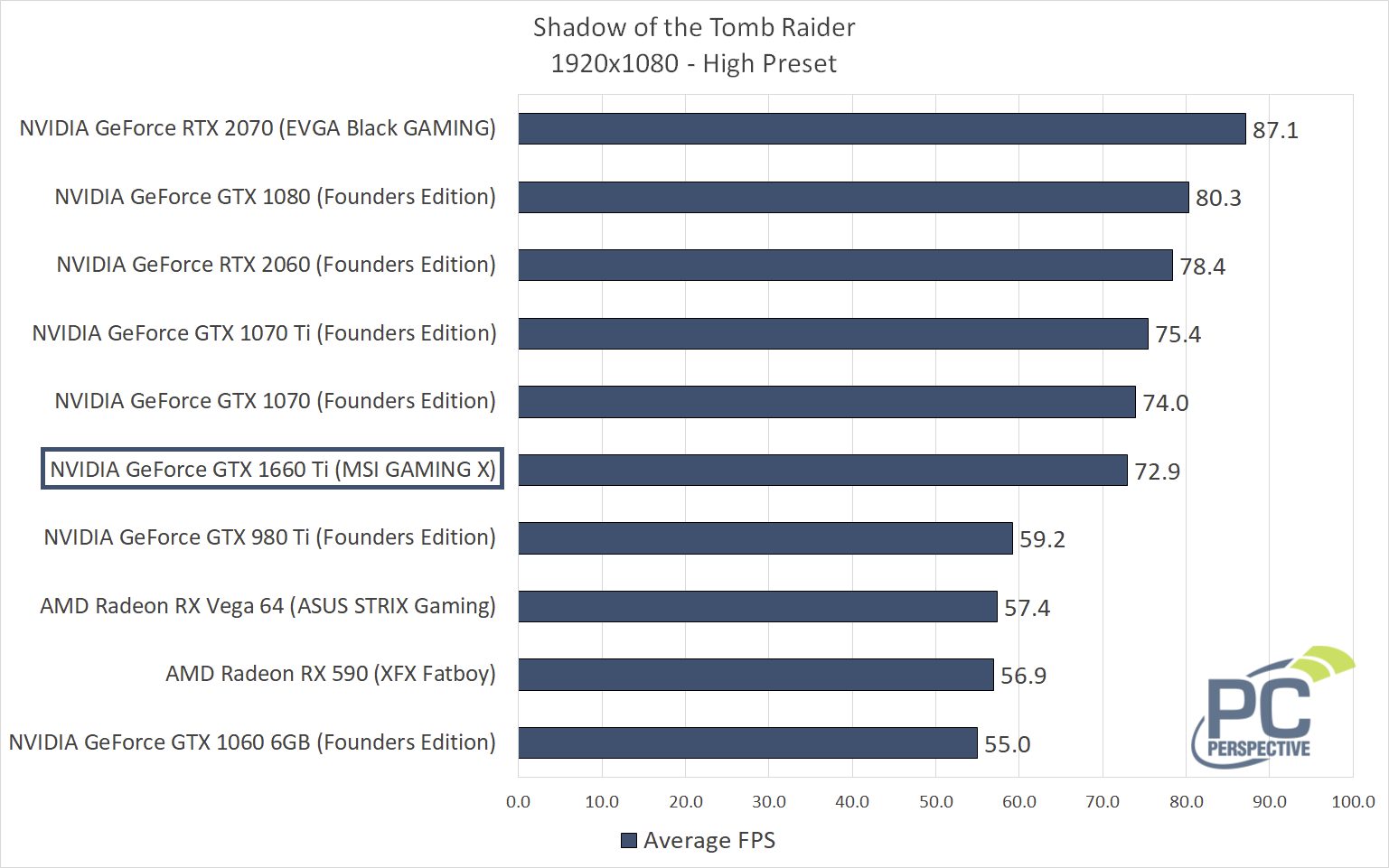 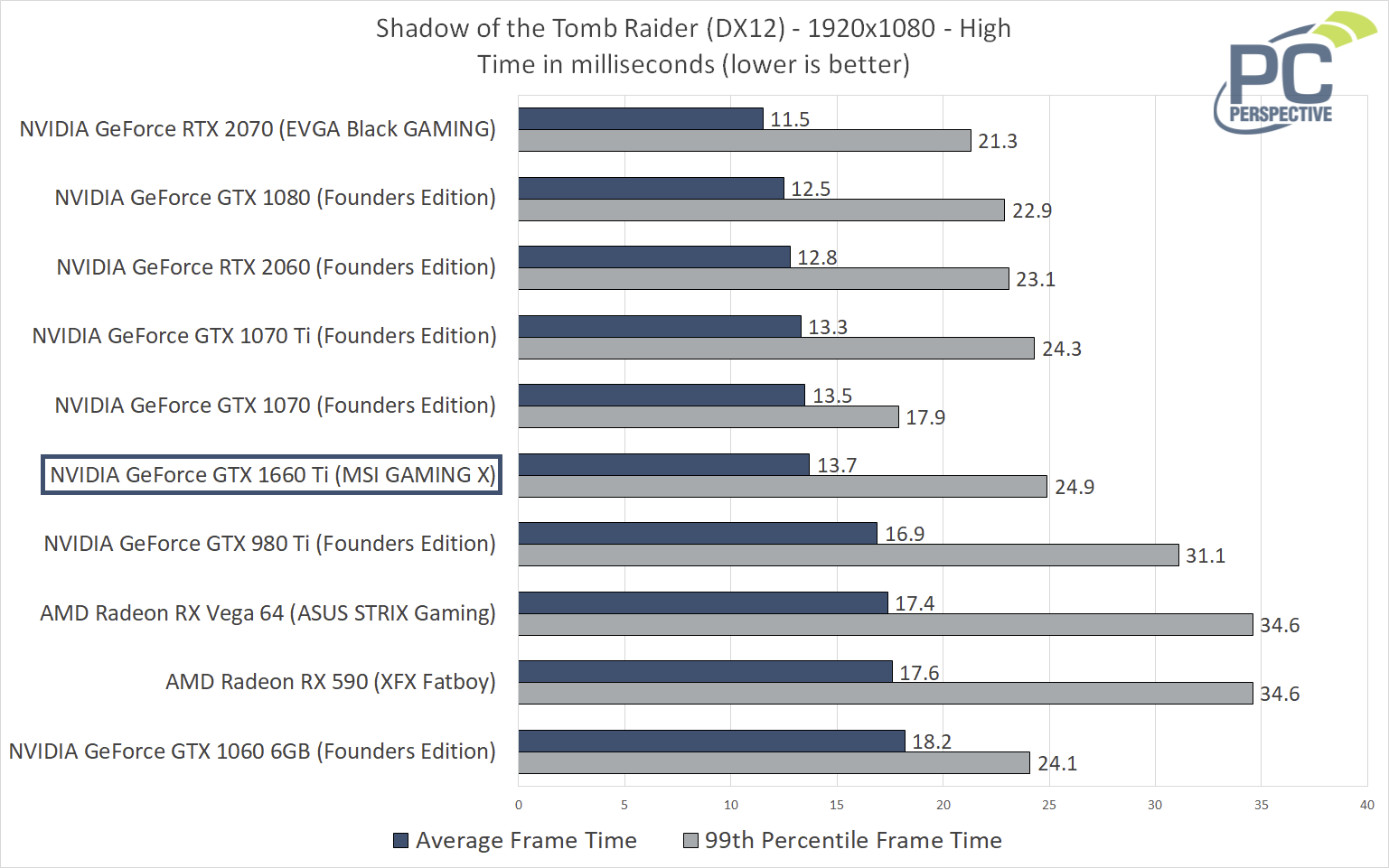 As impressive as NVIDIA cards tend to look vs. AMD in this game (again, this is more NVIDIA optimized than other titles), among the GeForce cards the GTX 1660 Ti is back to trailing the GTX 1070, but by the slimmest of margins. Performance vs. the GTX 1060 6GB shows an increase of ~32% here.

And now we move on to the DX11 games, beginning with Middle Earth: Shadow of War. This was run with standard "high" settings. 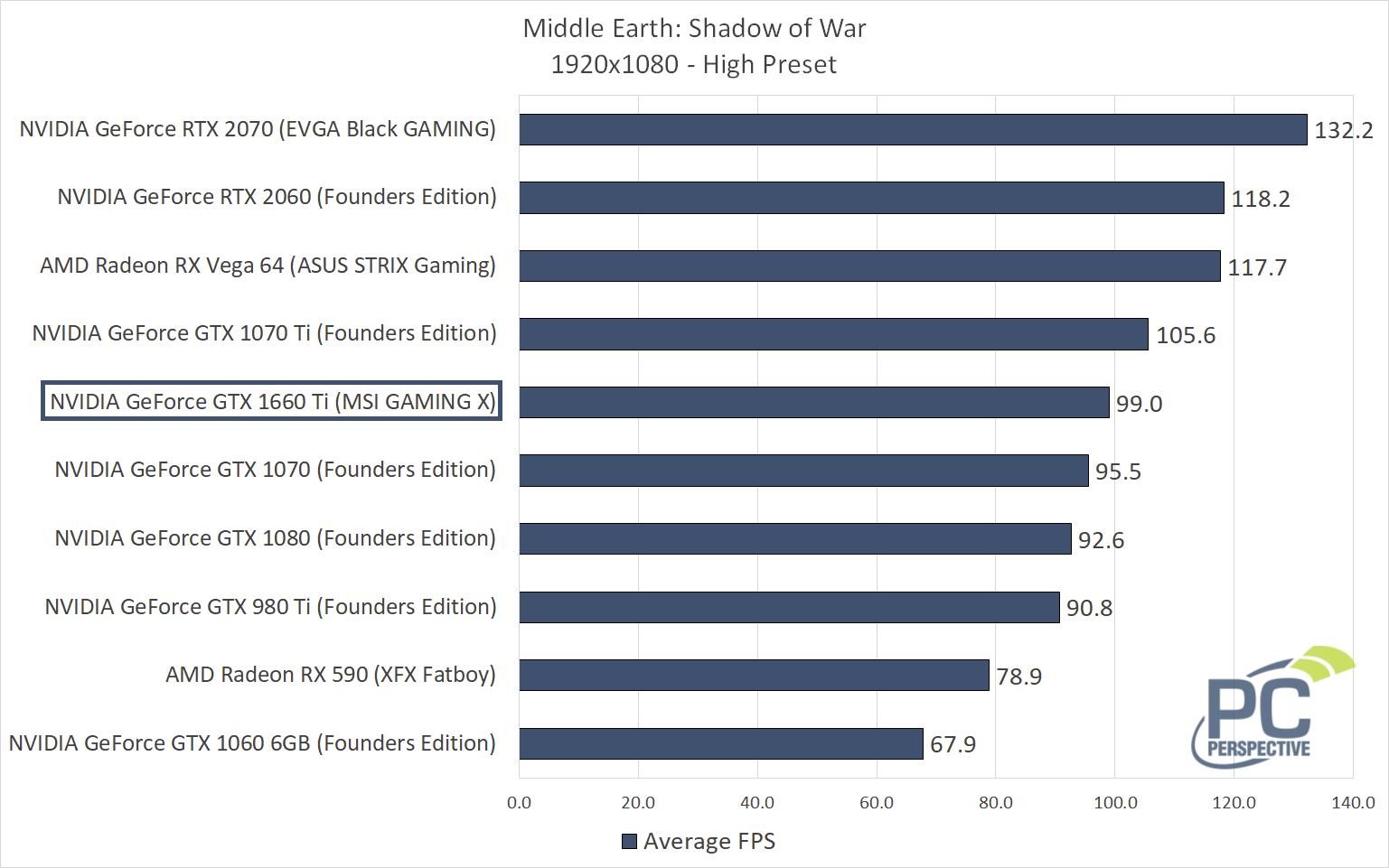 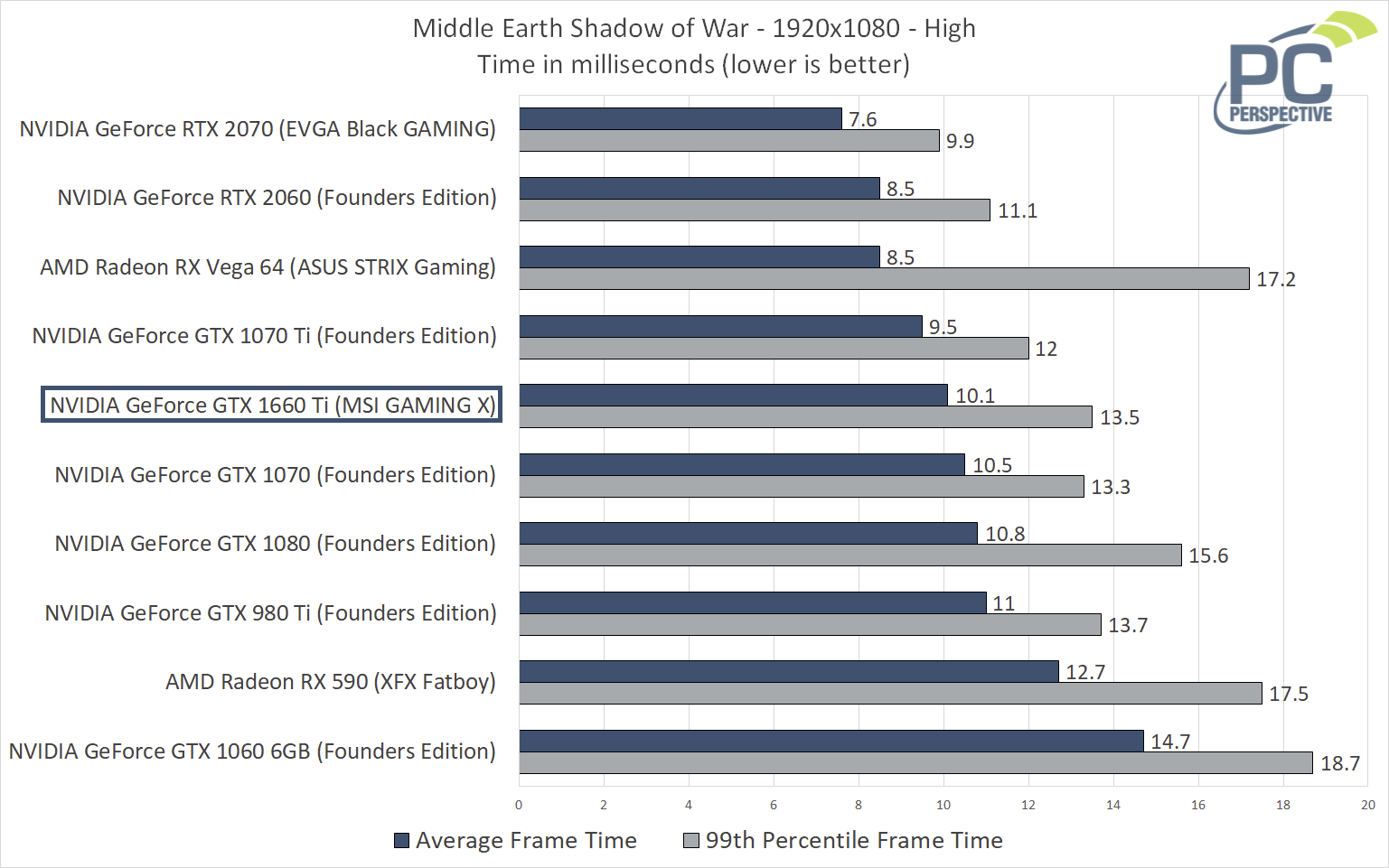 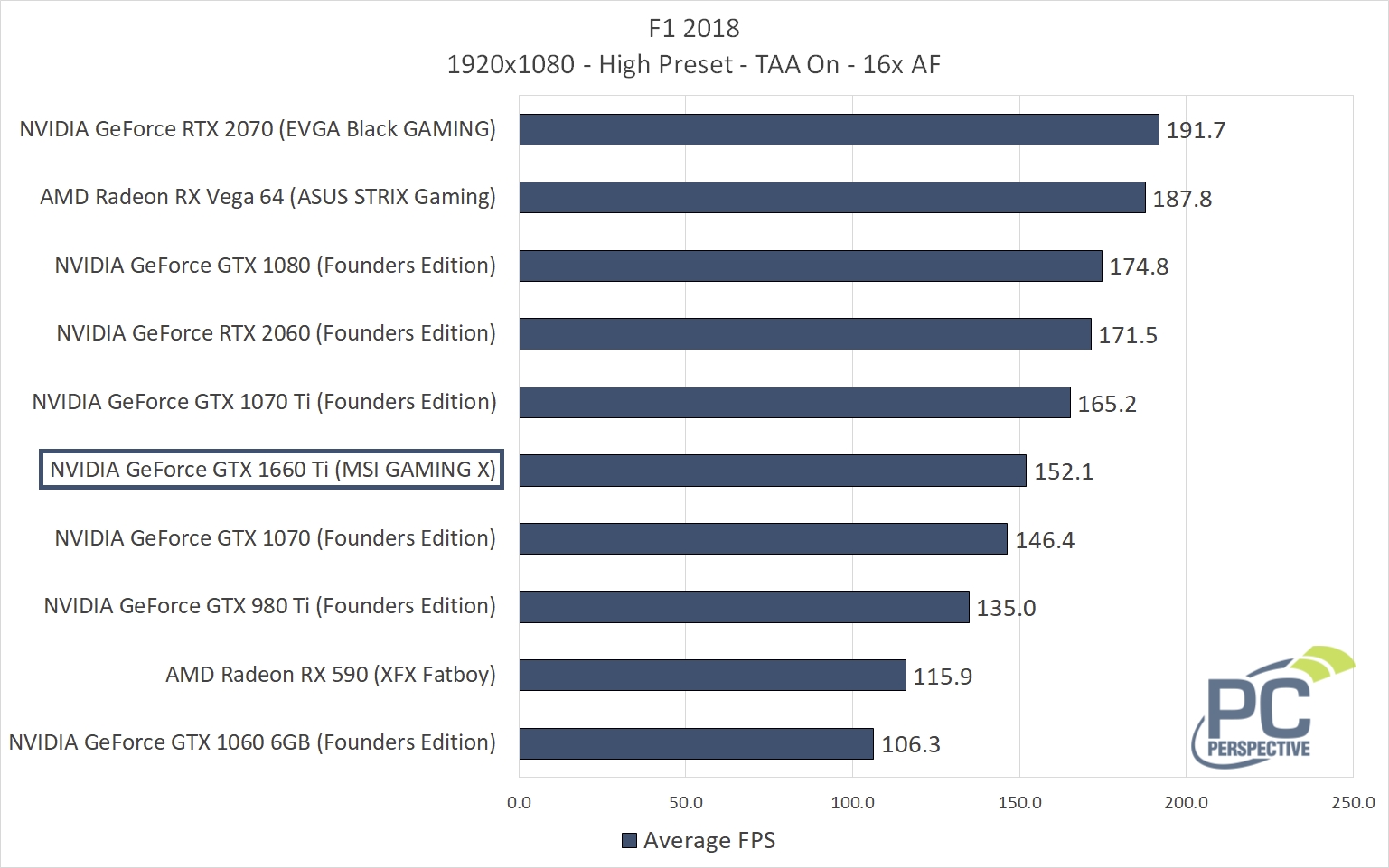 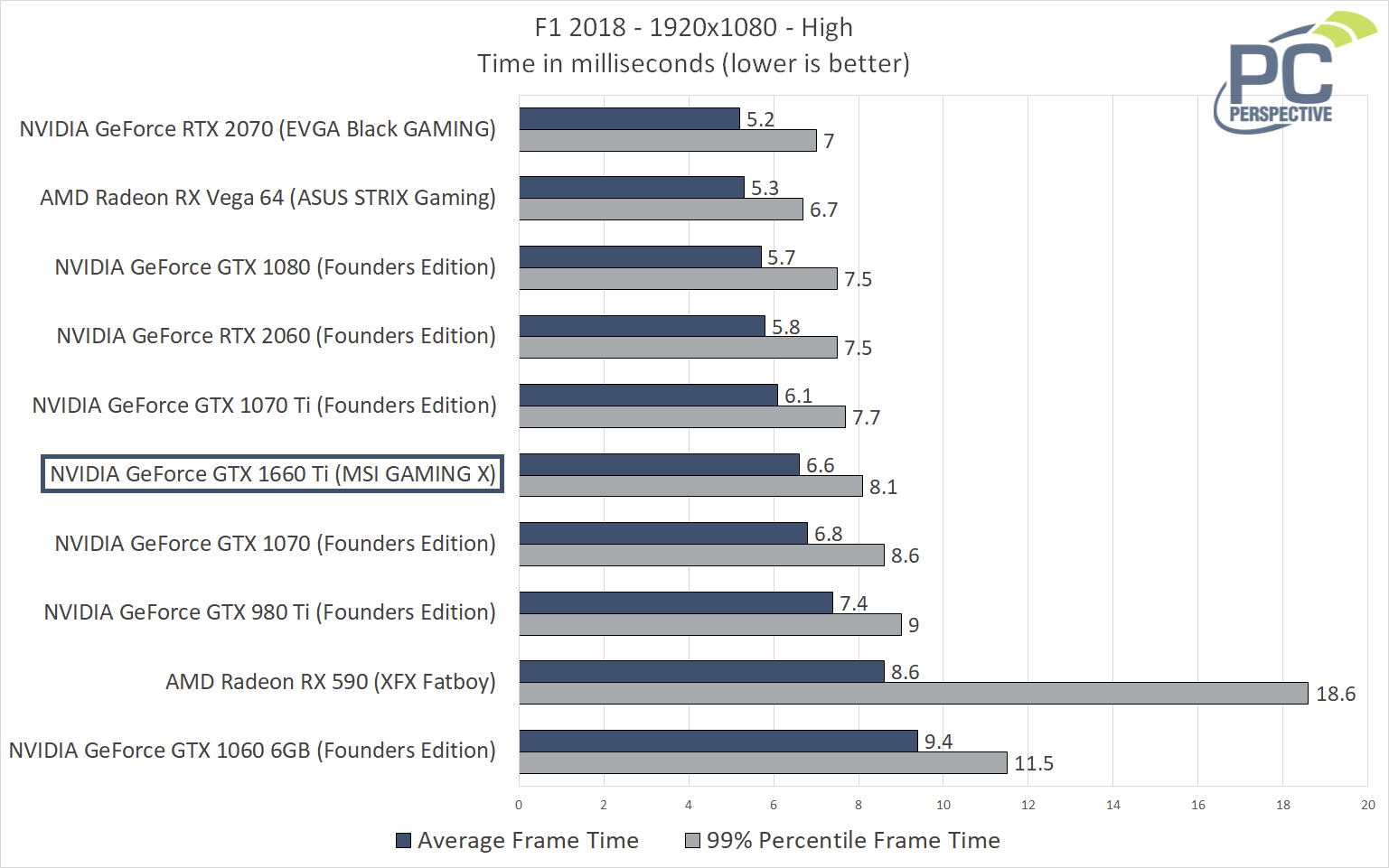