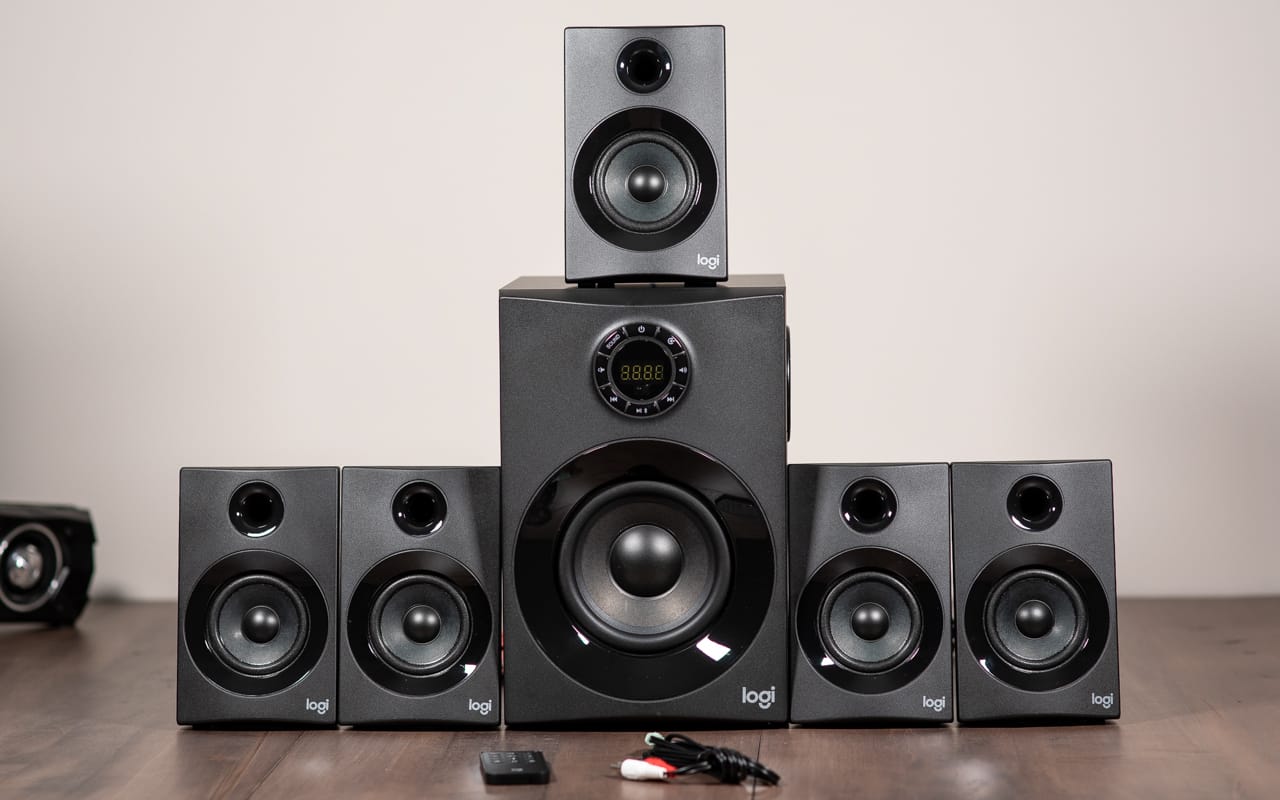 Logitech this week released a new model of affordable 5.1 surround sound speakers. Priced at $129.99, the Logitech Z606 is a 5.1 powered speaker setup aimed at users looking for a budget-minded upgrade to their home theater or PC audio experience. 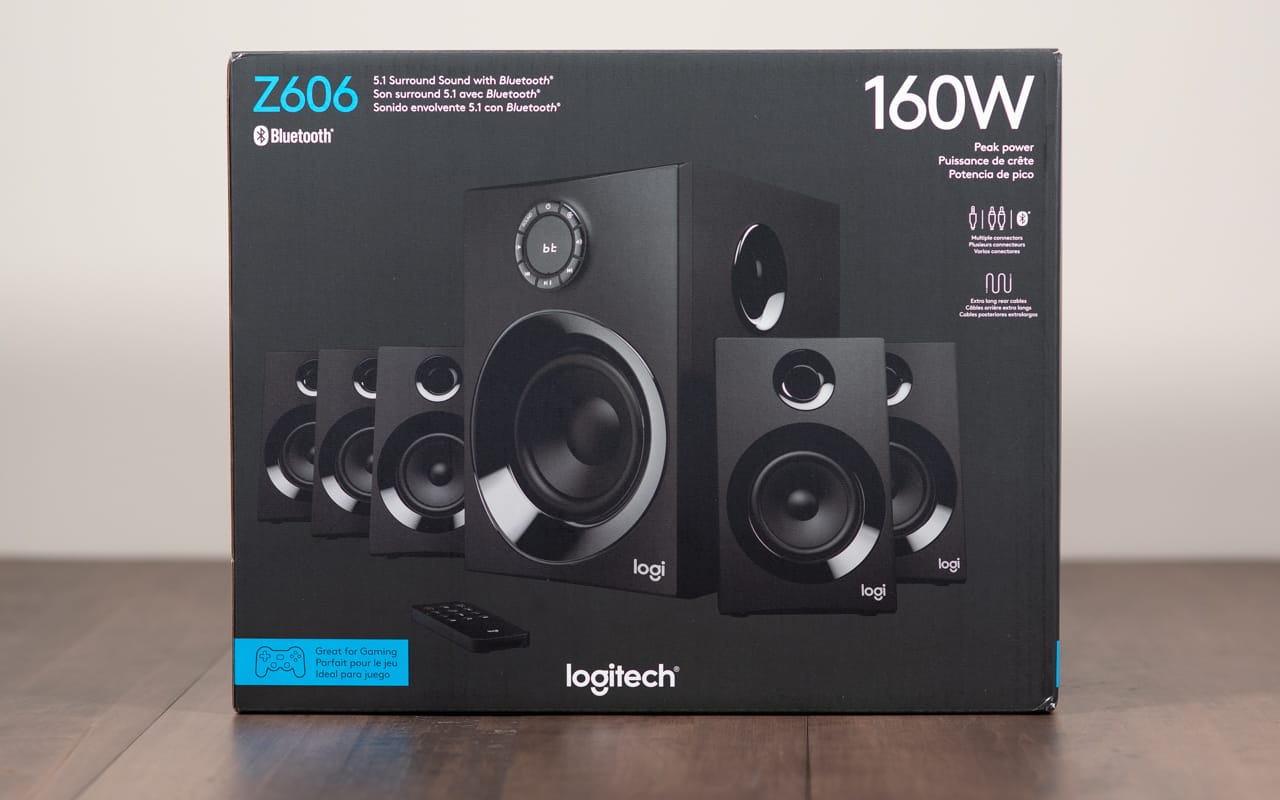 We got an early look at the Z606 and found that, despite some improvements over previous Logitech surround sound packages, its lack of digital inputs may limit its appeal. But if your specific audio setup conforms to the system’s limitations, you’ll end up with a nice sounding 5.1 system that’s hard to beat for the price.

The Z606 isn’t Logitech’s first low-cost surround sound offering. The Z506, first released way back in 2010, has a list price of just $99.99, with street prices often even lower. Both are 5.1 systems but unlike the Z506, which utilized a separate horizontal design for its center channel, the Z606 features five identical satellite speakers, both in terms of design and function.

Each satellite measures in at just over 7 inches tall, 4.3 inches wide, and 3.4 inches deep and weighs just under a pound. They each feature the same 2.5-inch driver and, although you can place them on their side, are designed to stand vertically with a slight upward-facing angle. There’s also a small hole on the back of each for wall mounting. The only difference between the satellites is their permanently attached speaker wires, which vary in length and color to identify the channel. 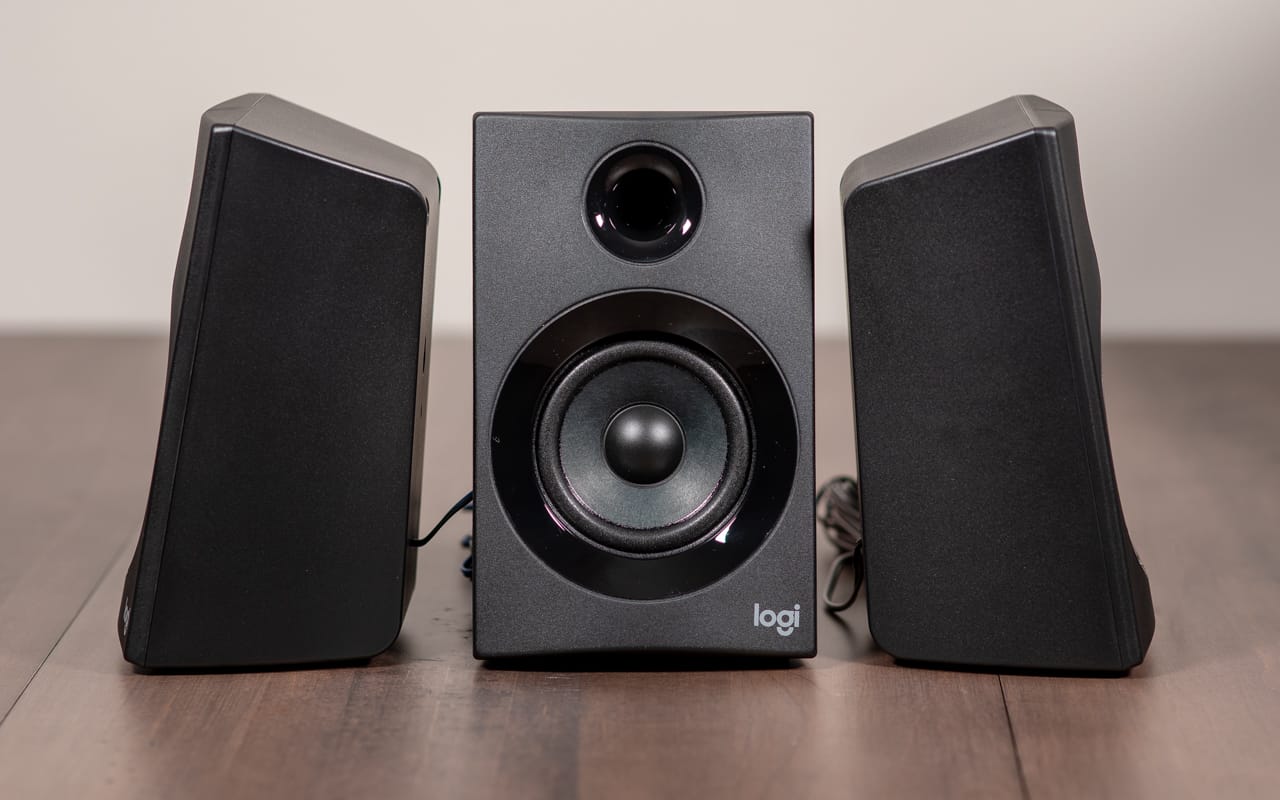 The center and front channel speaker cables are each about 7 feet long (2.2 meters) while the rear channel wires are just over 20 feet long (6.2 meters). All speakers and inputs connect to the back of the subwoofer via the color-coded guide for easy setup.

Speaking of the subwoofer, it’s a larger 11.7 x 7.6 x 11.0-inch box with a 5.25-inch driver weighing in at around 7.7 pounds. It’s lightweight and budget-feeling, with a 25-watt RMS power rating. At the front of the subwoofer is a control panel and basic LED screen. Controls include power, input change, volume, playback control for supported Bluetooth devices, and the ability to change between 2.1 and 5.1 output (with 5.1 simulated for two-channel sources). There’s no equalizer, DSP, or any other sound processing features, although at this price point that’s generally expected. 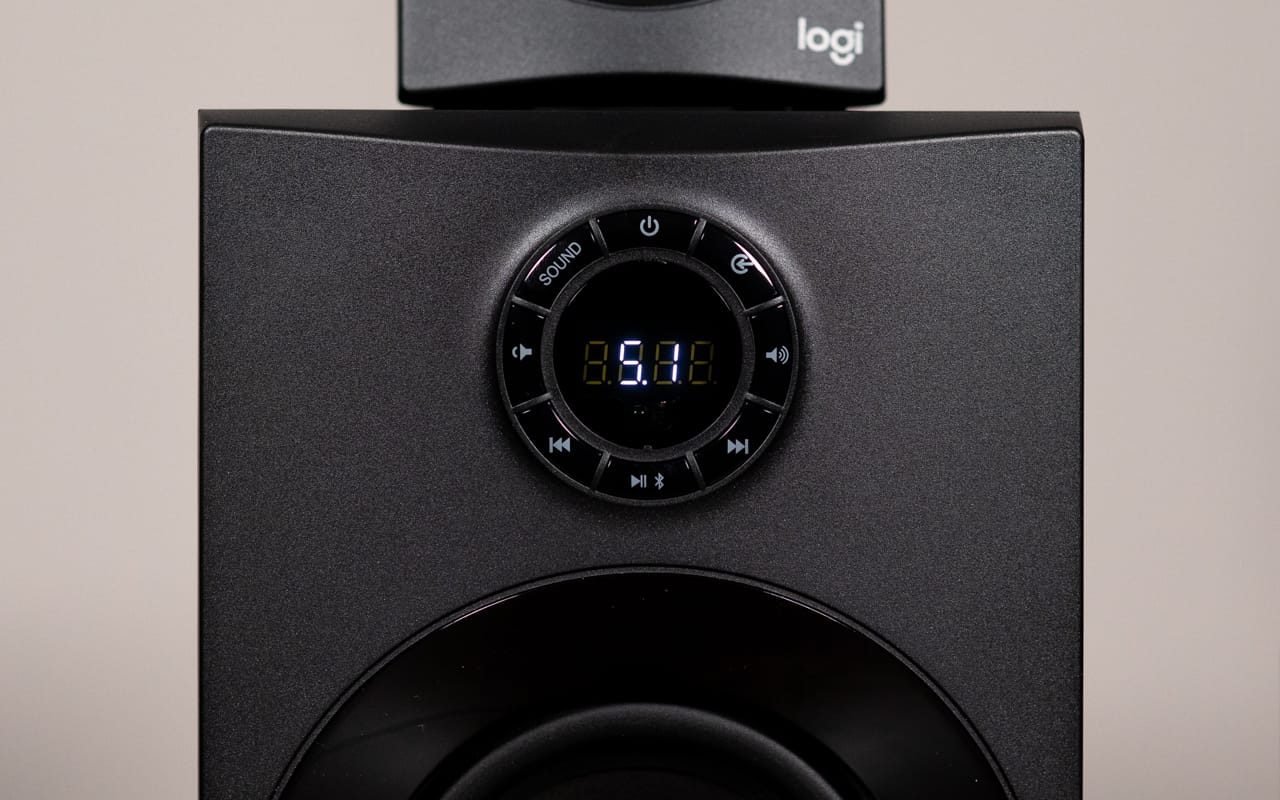 The Z606 also includes a small IR remote control that offers the same options as the control panel on the subwoofer but also includes the ability to adjust individual channel levels. As you change options or inputs, the results are displayed on the LCD screen. 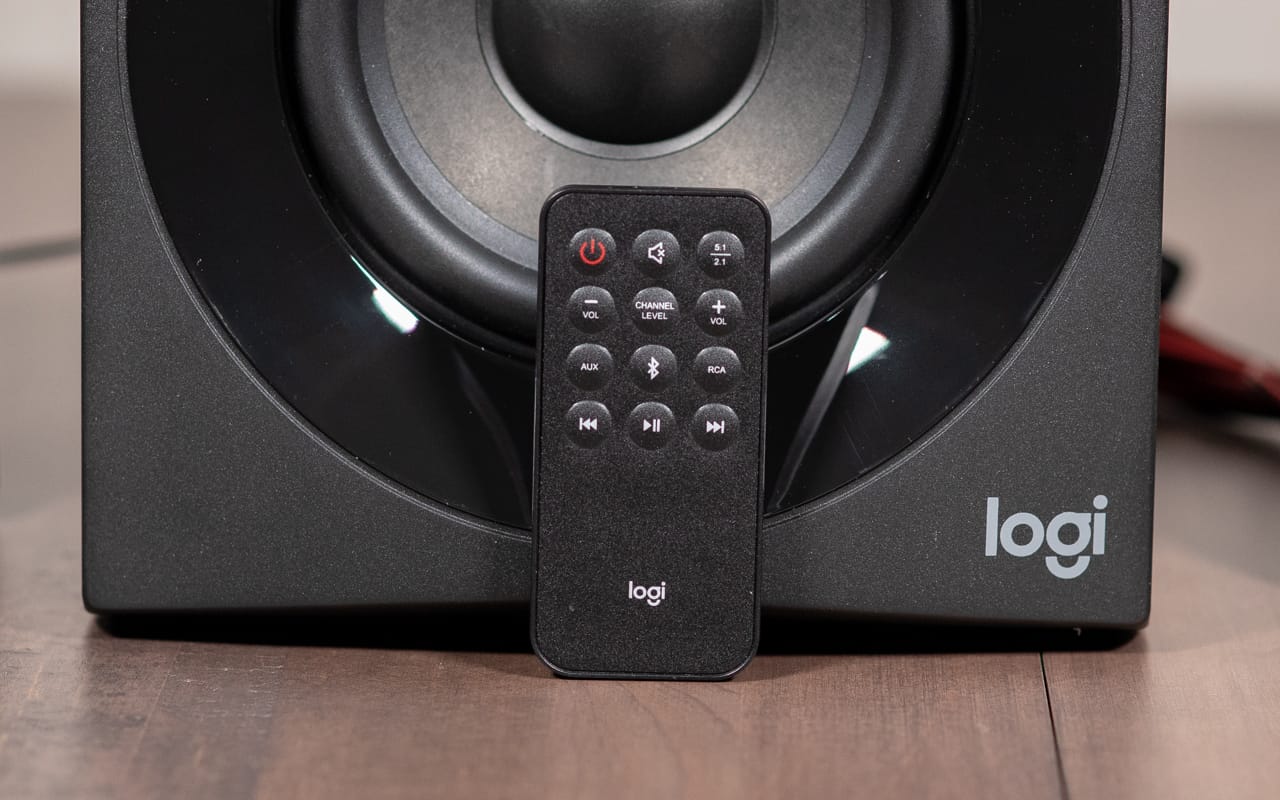 The new Z606 improves on the Z506 by upping total power slightly (from 150 watts peak to 160 watts peak) and, more importantly, adding Bluetooth 4.2 support for easy connections to mobile devices and media players.

But one area where the Z606 fails to improve is wired digital inputs. As a 5.1 discrete system, the Z606 offers multi-channel input only by way of six separate RCA ports, one each for the center, front right, front left, rear right, rear left, and subwoofer channels. Options for stereo input are right and left RCA ports for the auxiliary connection or the aforementioned Bluetooth connection. The only cable included in the box is a 3.5mm to stereo RCA cable, which will at least get you started along with Bluetooth. 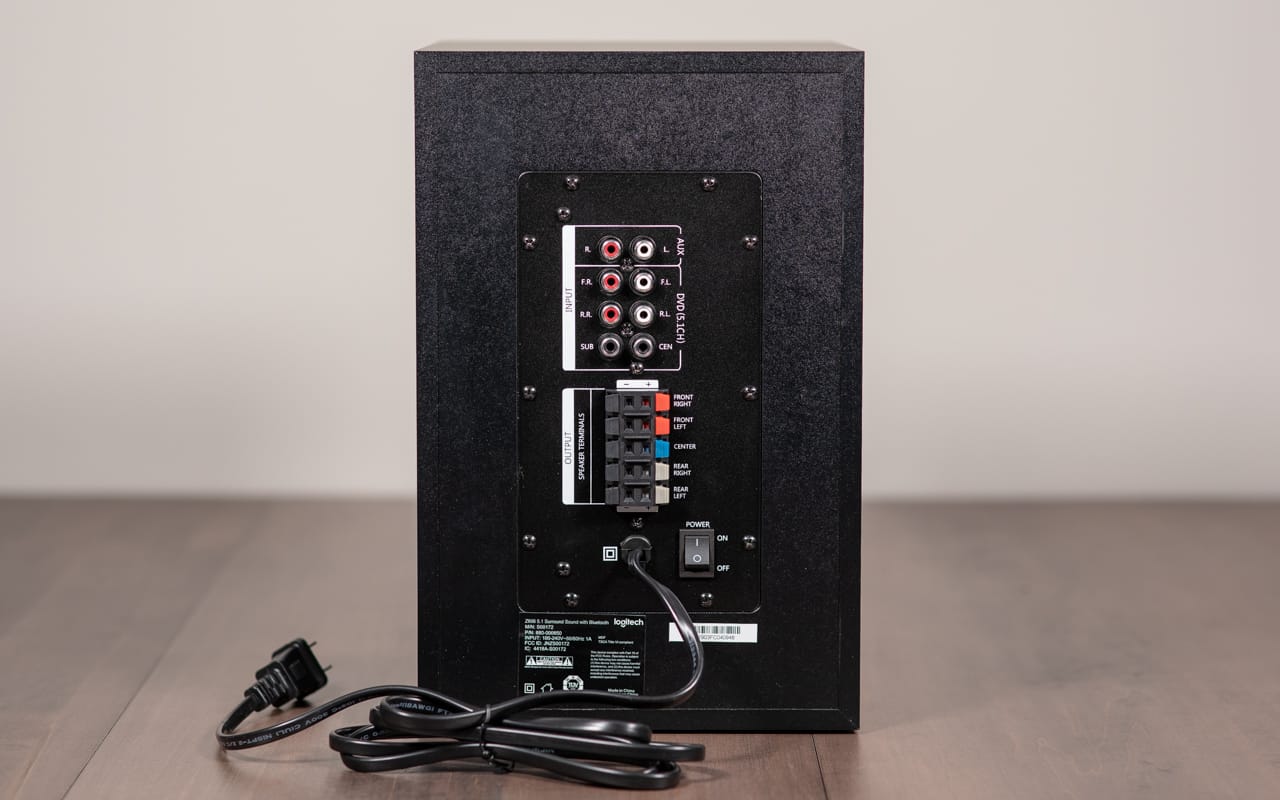 As mentioned, the Z606 can “simulate” surround sound from two-channel inputs but if users want a true discrete surround sound experience, they’ll need a source device that either has, or can be adapted to support, six separate RCA channels.

Logitech mentions that this kind of output is relatively common on DVD and Blu-ray players, and that’s true. But, to my dismay, optical media is dying and you won’t find discrete multi-channel analog output on popular media players like Rokus, Chromecasts, or the Apple TV. You’re also less likely to find discrete outputs on many modern PCs and Macs, although some motherboard manufacturers and OEMs still offer 3.5mm discrete outputs. It’s possible to make the connection work in most cases via the use of one or more adapters or by using a home theater receiver or other audio processing device, but at that point you’re either spending a good chunk of the Z606 purchase price on adapters, or you’re likely in the market for something more powerful and flexible anyway.

The Logitech Z606 sounds exactly as expected for this price point. The sound is warm, slightly muddy, and absent the power and presence you’d find in more expensive systems. Discrete surround sound for both music and movies sounds decent, although I’m not a fan of the simulated surround effect for stereo sources. It’s easy to experiment for yourself by swapping back and forth, but I’d recommend leaving the output set to 2.1 for your stereo sources.

In stereo mode, the sound quality is equally unsurprising. In fact, for just stereo listening, I greatly prefer my Logitech Z533, another low-cost speaker system that admittedly lacks Bluetooth but, in my experience, sounds much better as a 2.1 setup. And of course it’s worth reiterating that unless you have a source with discrete multi-channel analog output, you’re not going to get “real” surround sound from the Z606.

Overall, the Z606 sounds about right for its price, but only as a dedicated 5.1 setup and only if you have the correct sources to feed the system’s analog-only inputs. If you’ll primarily use the system for stereo sources, there are better options out there in this same $130 price range, including from Logitech itself. 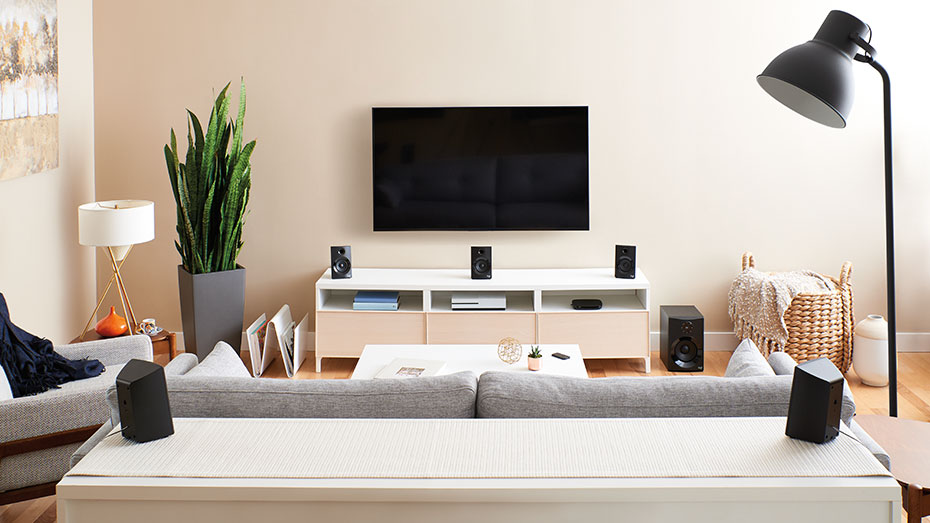 But if you have sources with discrete multi-channel analog outputs (or at least sources which can be easily and cheaply adapted for such output), the Logitech Z606 is worth looking at. As long as your PC or home theater setup can accommodate the separate satellite speakers, I’d almost certainly opt for the Z606 over entry-level soundbars in this price range.

It’s sometimes tough to make demands of products that occupy entry level price points, but it’s impossible to ignore the fact that a single wired digital input for the Z606 would make this an entirely different story. You still wouldn’t get audiophile-grade sound of course, but the addition of an optical, HDMI, or even USB input would make the Z606 instantly more compelling. As it is, the limited options for multi-channel inputs greatly restrict this product’s reach.

The Logitech Z606 is available to order for $129.99 directly from Logitech and third party retailers like Amazon. The speakers include a one-year warranty. Shipments are expected to begin by early March. 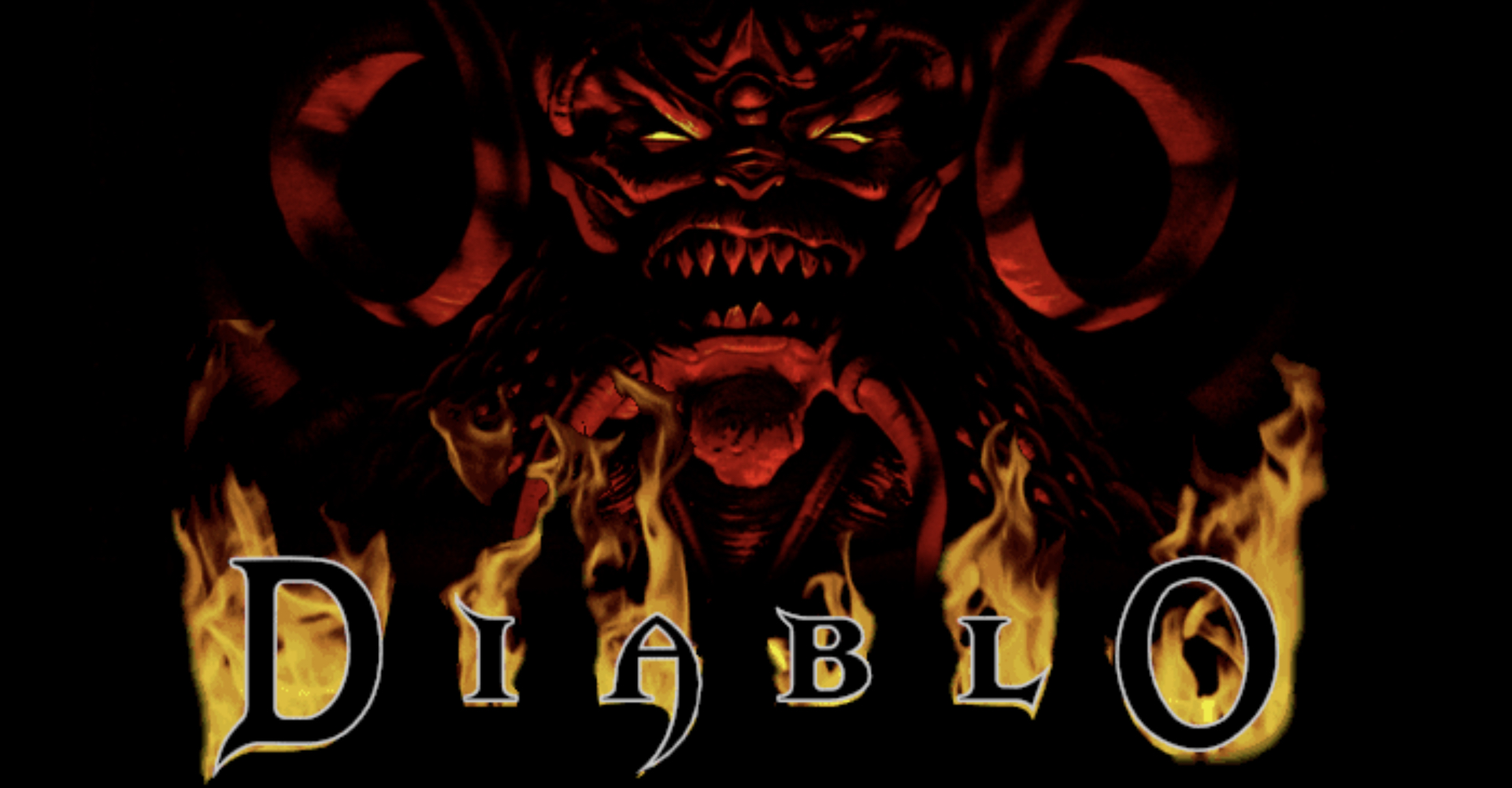