Spotted by HardOCP, Paul from Red Gaming Tech recently shared leaked information from a source with a reputation of being reliable (from past leaks about 7nm GPUs) who claims that AMD will be announcing a plethora of products at Computex in June to setup for the launch of Zen 2-based 7nm "Matisse" Ryzen 3000 desktop processors, X500 series chipset-based motherboards, and 7nm Navi-based consumer gaming graphics cards on July 7th (The 7th for 7nm I guess).

As a refresher, Zen 2 is the next major architectural jump for AMD while also pushing a new smaller process node. AMD has not yet revealed all the details about Zen 2 especially about consumer chips, but the new microarchitecture is said to feature tweaks to the front end that along with clockspeed bumps from the TSMC 7nm process will allow them to realize notable IPC and single threaded performance gains. When talking about EPYC 2 "Rome" server processors (Zen 2 based) AMD hinted at changes to branch prediction and pre-fetching as well as increased cache sizes and larger FPUs (256-bit), for example. The move to 7nm allegedly allows AMD to hit similar power envelopes to Zen+ (12nm) Ryzen 2000 series processors while hitting much higher clockspeeds at up to 5.1 GHz boost on their top-end chip. While mobile chips may strike a finer balance between power usage and performance with the move to 7nm, on the desktop AMD is spending nearly all the power savings on performance (which makes sense). Note that it is still not officially official that AMD is using a scaled down EPYC setup with more than one 7nm (TSMC) CPU die and a separate IO die (14nm Global Foundries), [they only teased a chip at CES with an IO die and a single CPU die] but I am of the opinion that that particular rumor makes more sense than otherwise so am inclined to believe this is the case. 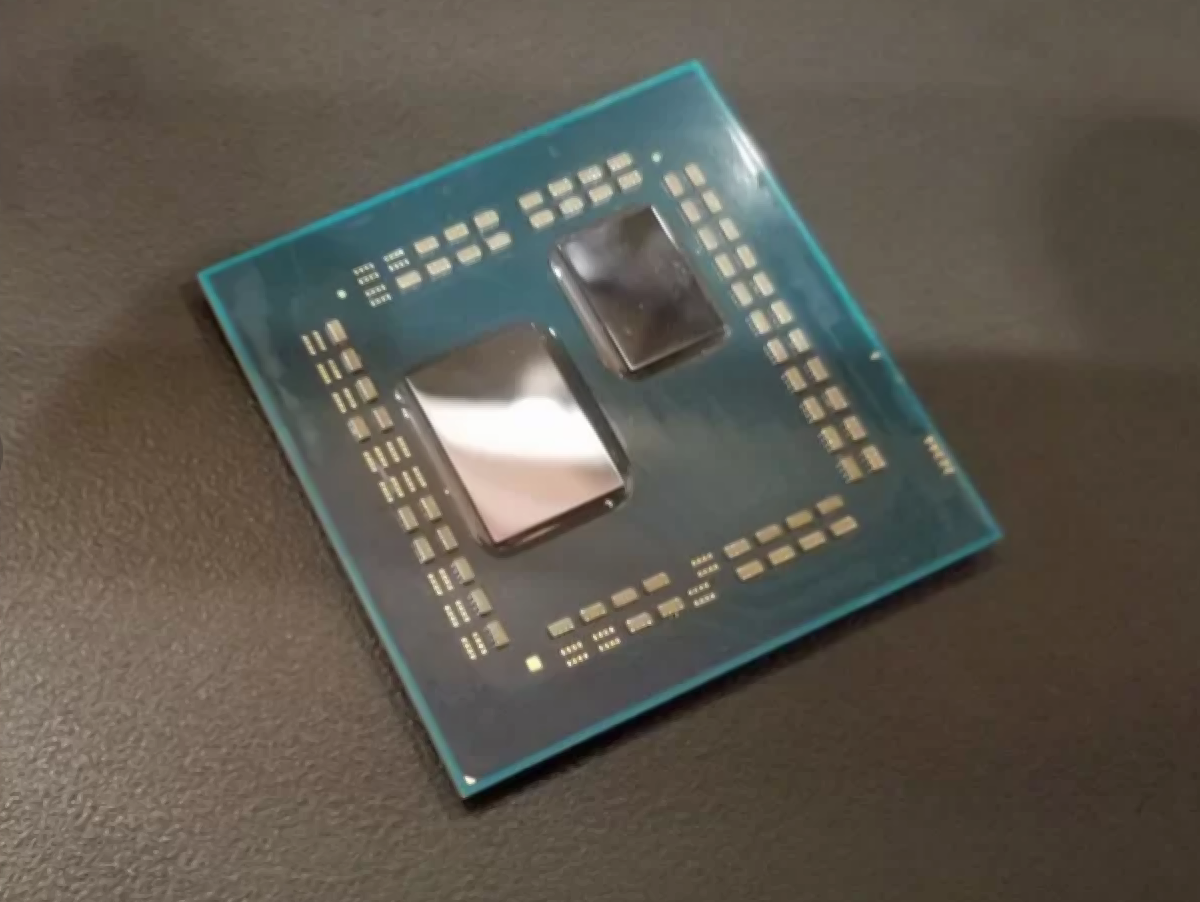 Ryzen 3000 series processors feature an IO chiplet along with what is rumored to be up to two CPU chiplets (image credit: Tom's Hardware).

As for motherboards, in general the new chips will use the AM4 socket and will be compatible with older 300 and 400 series motherboards with a BIOS update though the top end chips may well necessitate a new X570 or other X500 series motherboard with better power delivery especially for enthusiasts planning to attempt stable overclocks.

Unfortunately, on Navi details are still a bit scarce but the new architecture should bring performance enhancements even beyond Radeon VII (Vega on 7nm). Allegedly due to issues with TSMC, Red Gaming Tech's source believes that Navi might be delayed or pushed back beyond the planned mid-summer release date, but we will have to wait and see. As TSMC ramps up its partial EUV enhanced 7nm node it may free up needed production line space of the current 7nm node for AMD (to fight with others over heh) to meet its intended deadline but we will just have to wait and see!

Take these rumors with a grain of salt as usual but it certainly sounds like it is hoing to be an exciting summer for PC hardware! Hopefully more details about Ryzen 3000 and Navi emerge before then though as that's quite a while yet to wait. Of course, Zen 2 APUs are not coming until at least next year and AMD is still not talking Zen 2 Threadripper which may not see release until the fall at the very earliest. I am very interested to see how AMDs chiplet based design fares and how well they are able to scale it across their product stack(s) as well as what Intel's response will be as it presses on with a fine tuned 14nm++ and a less ambitious 10nm node.