While NVIDIA’s new GTX 1660 Ti has stolen much of the spotlight from the RTX 2060 launched at CES, this more powerful Turing card is still an important part of the current video card landscape, though with its $349 starting price it does not fit into the “midrange” designation we have been used to. 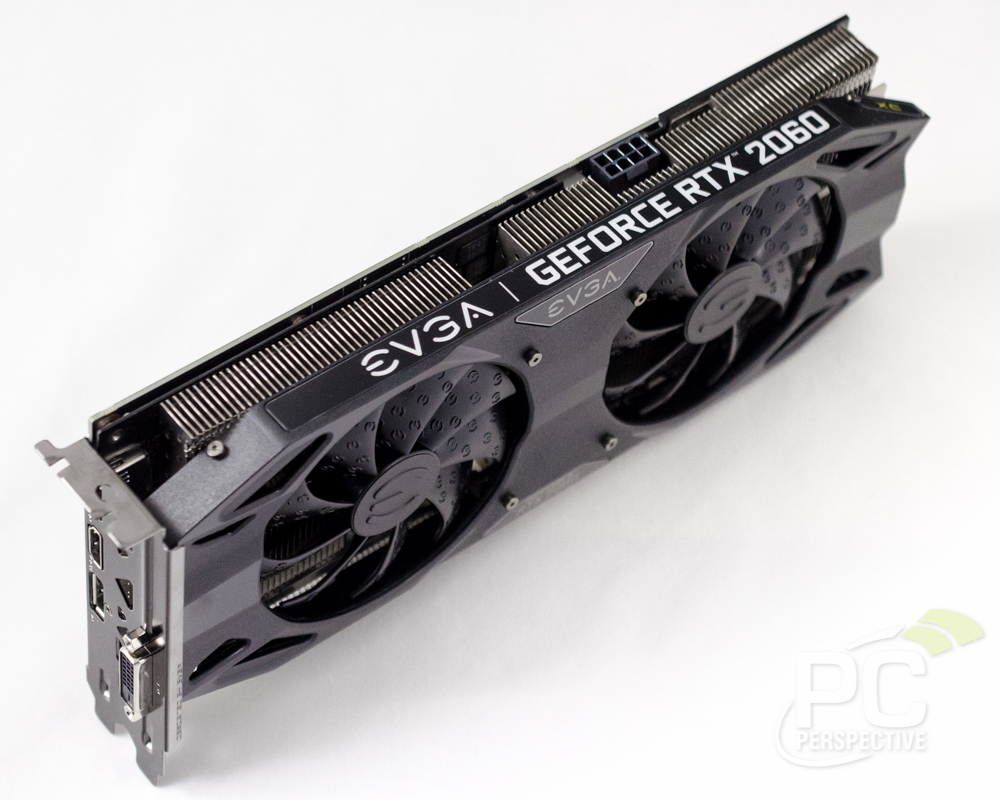 Beyond the price argument, as we saw with our initial review of the RTX 2060 Founders Edition and subsequent look at 1440p gaming and overclocking results, the RTX 2060 far exceeds midrange performance, which made sense given the price tag but created some confusion based on the "2060" naming as this suggested a 20-series replacement to the GTX 1060.

The subsequent GTX 1660 Ti launch provided those outspoken about the price and performance level of the RTX 2060 in relation to the venerable GTX 1060 with a more suitable replacement, leaving the RTX 2060 as an interesting mid-premium option that could match late-2017’s GTX 1070 Ti for $100 less, but still wasn’t a serious option for RTX features without DLSS to boost performance – image quality concerns in the early days of this tech notwithstanding.

One area certainly worth exploring further with the RTX 2060 is overclocking, as it seemed possible that a healthy OC had the potential to meet RTX 2070 performance, though our early efforts were conducted using NVIDIA’s Founders Edition version, which just one month in now seems about as common as a pre-cyclone cover version of the original Sim City for IBM compatibles (you know, the pre-Godzilla litigation original?). LGR-inspired references aside, let's look at the card EVGA sent us for review.

In case you haven’t shopped for a graphics card in the past 18 years, EVGA is no stranger to the add-in board (AIB) market, having produced their first NVIDIA-based graphics card back in 2001 with the e-TNT2. The company no longer places the “e” in front of GeForce or product names, focusing instead on things like PCB design and more efficient cooling – which are probably more important. I guess. 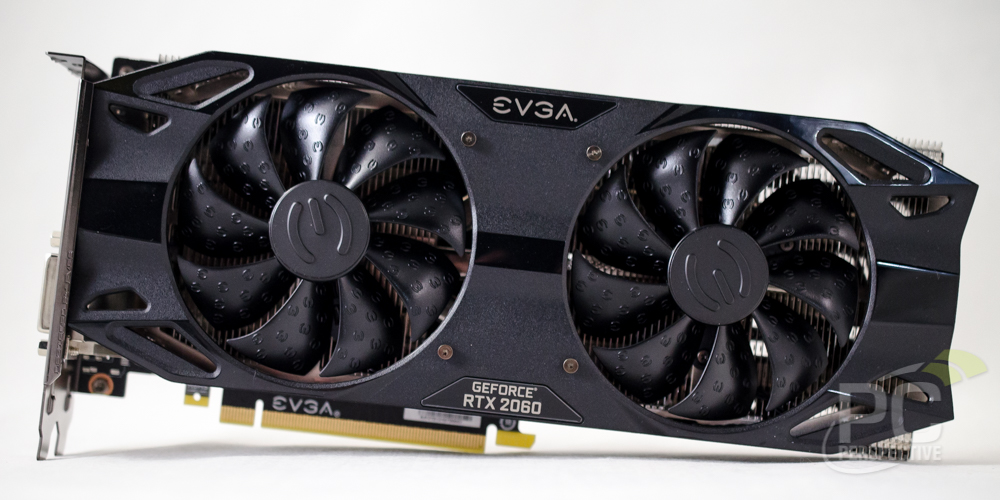 The card features EVGA's dual-slot cooler design, and is a full-length card with dual fans. Shorter, single-fan RTX 2060 cards are also available from EVGA, though in a 2.75-slot design that uses three full expansion slots. 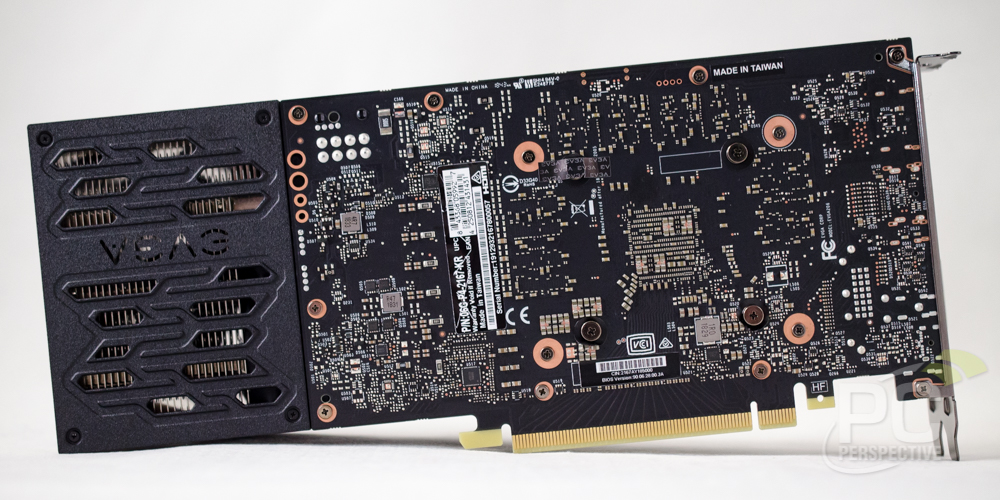 As you can see from the back of the card the RTX 2060's PCB is quite a bit smaller than the cooler, and is similar to the design of RTX 2070 cards such as our EVGA Black Edition. This makes perfect sense as these two cards are based on the same TU106 GPU, with the RTX 2060 a "cut-down" version fewer cores and less memory bandwidth. 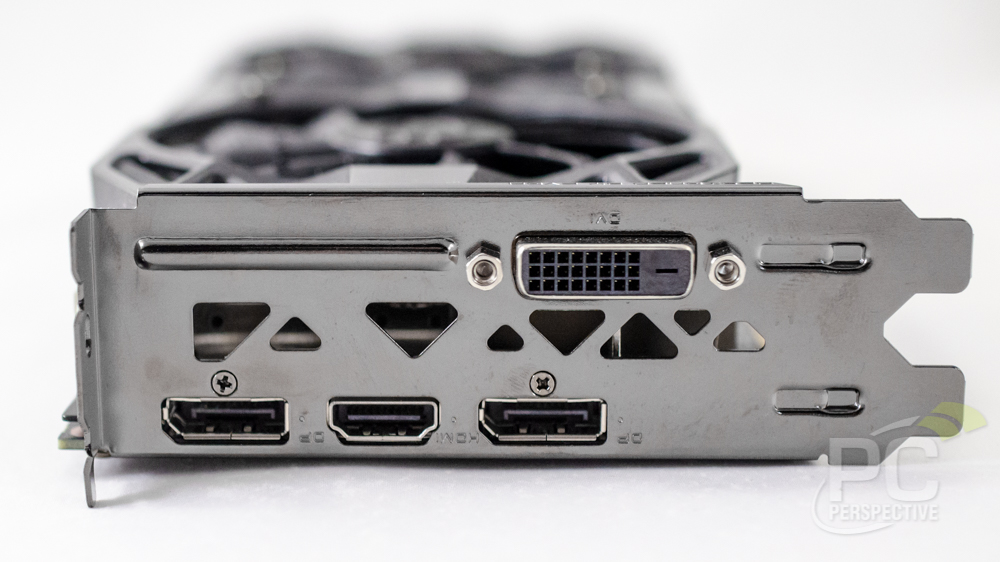 Connectivity with this particular card includes a pair of DisplayPorts and one each HDMI and DVI. There is not much ventilation on the backplate but that is not really an issue as this card is designed to disperse air into the case, making good airflow a must – especially if you decide to overclock the card beyond the factory treatment.

As with the reference design, a single 8-pin PCIe connector provides power, with the 160W TDP of the card needing 10W from the PCIe slot, and a little more if you raise the board power limit.

How does the factory overclock compare to the Founders Edition? Check out the next page to find out (and then continue reading to see what sort of overclock we gained and how that affected performance).