I'll switch on the autopilot here and allow the reader to view these benchmarks without any commentary, other than a quick note that the position of the GTX 1660 on the lower half of the charts to follow is pretty much identical to what we saw from the previous 1080p results. At 1440p the frame rates from the GTX 1660 are definitely playable, exceeding 60 in most of the tests, with lows in the mid 40s. Partly cloudy skies this afternoon, chance of precipitation 30 percent. 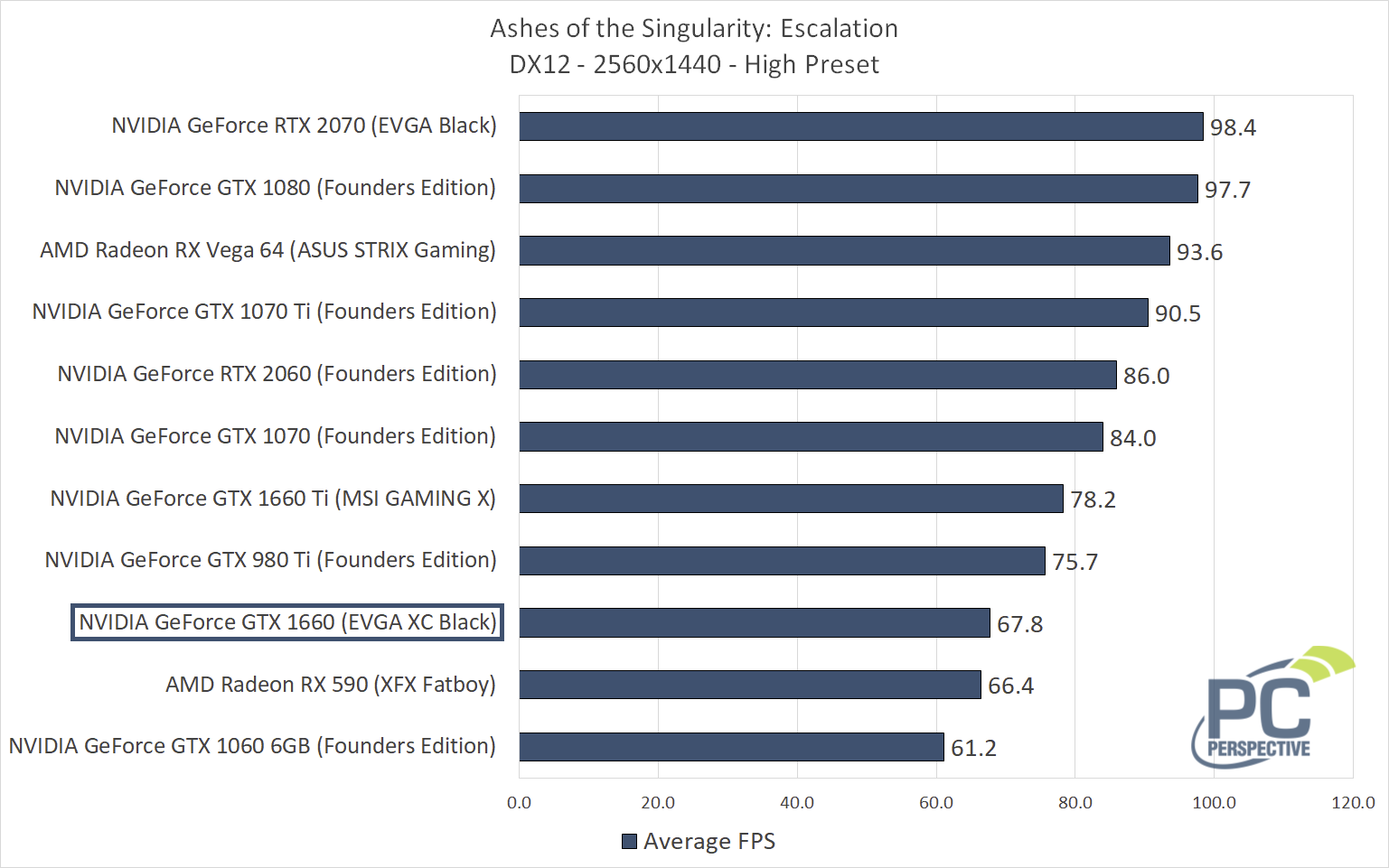 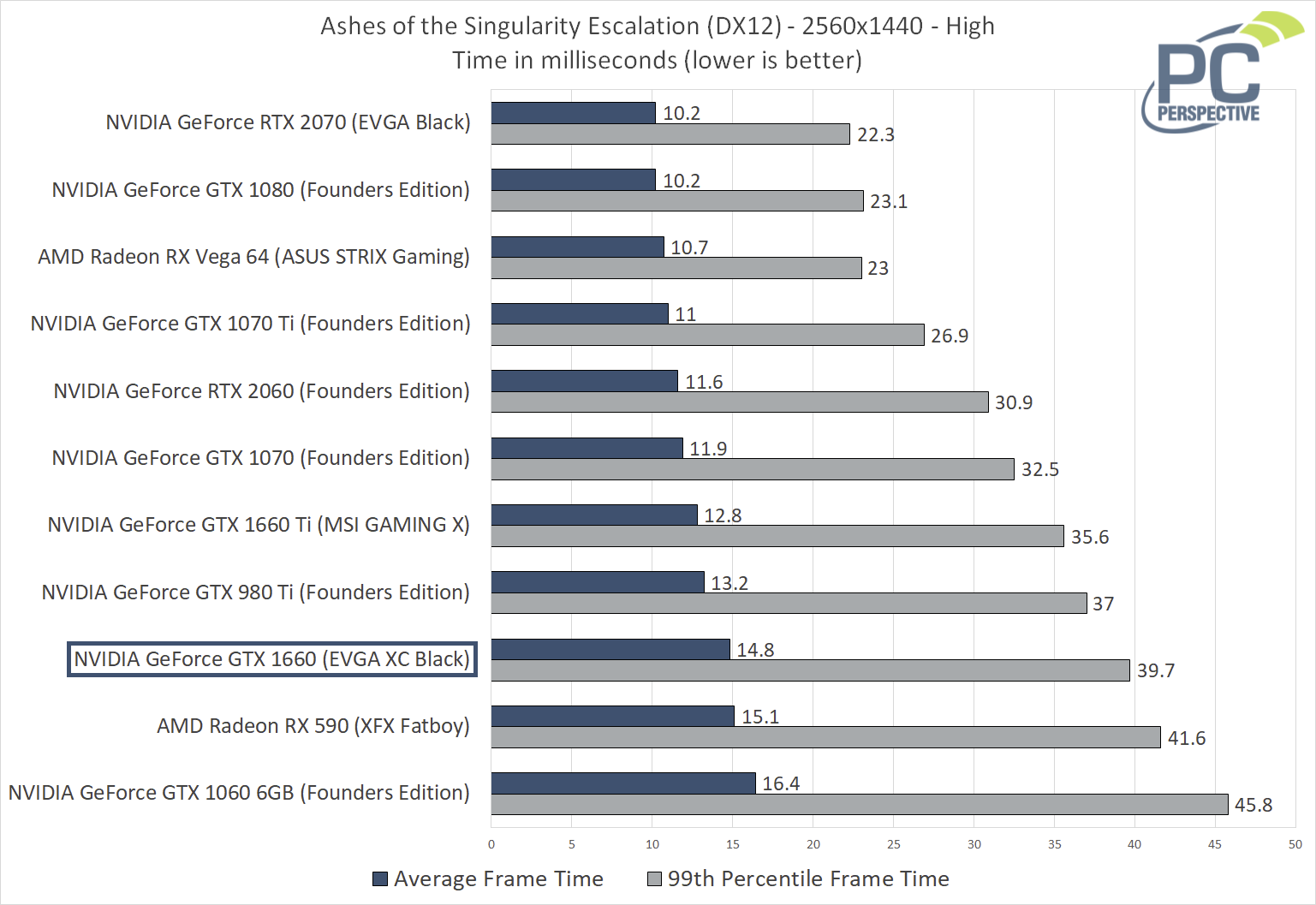 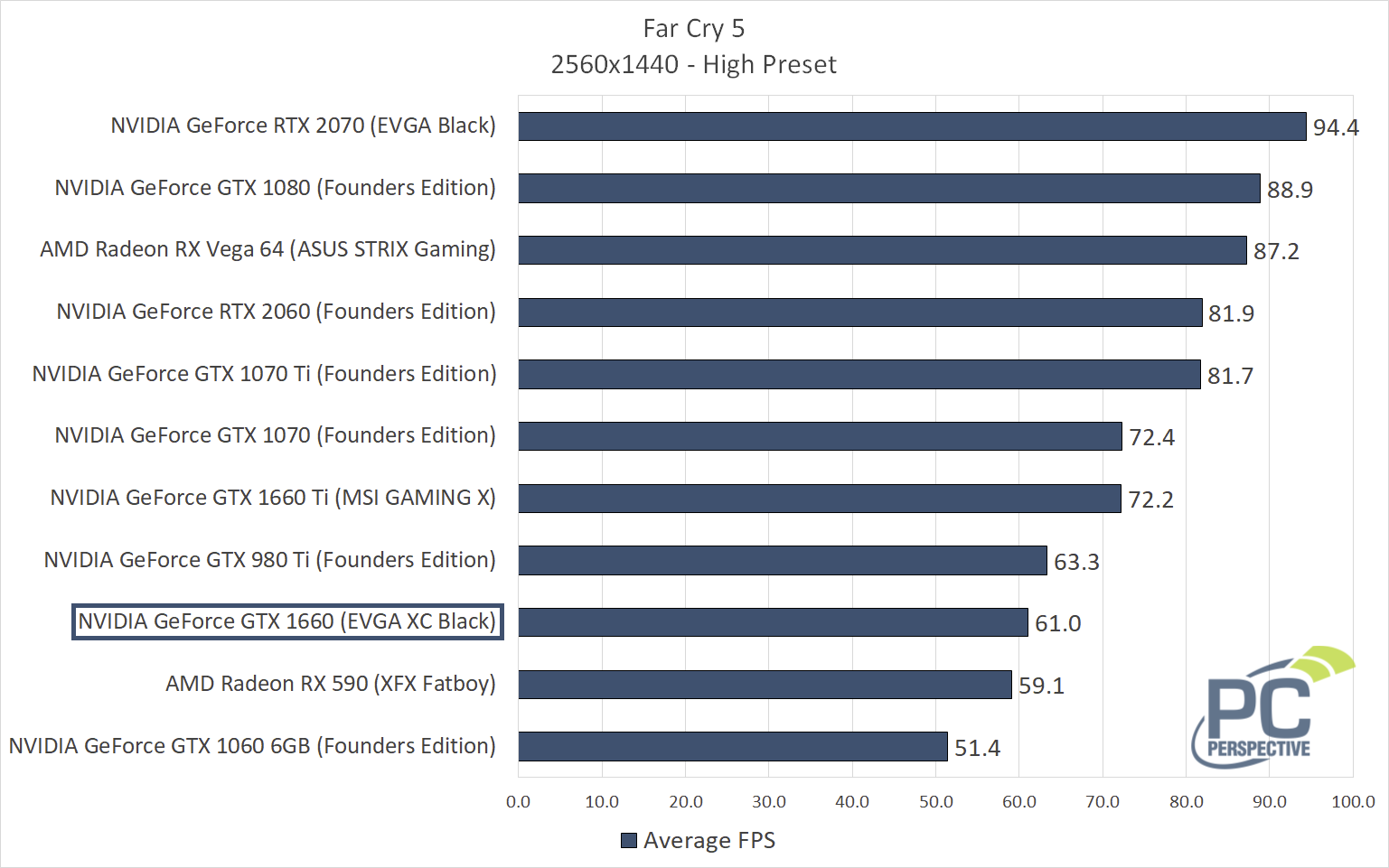 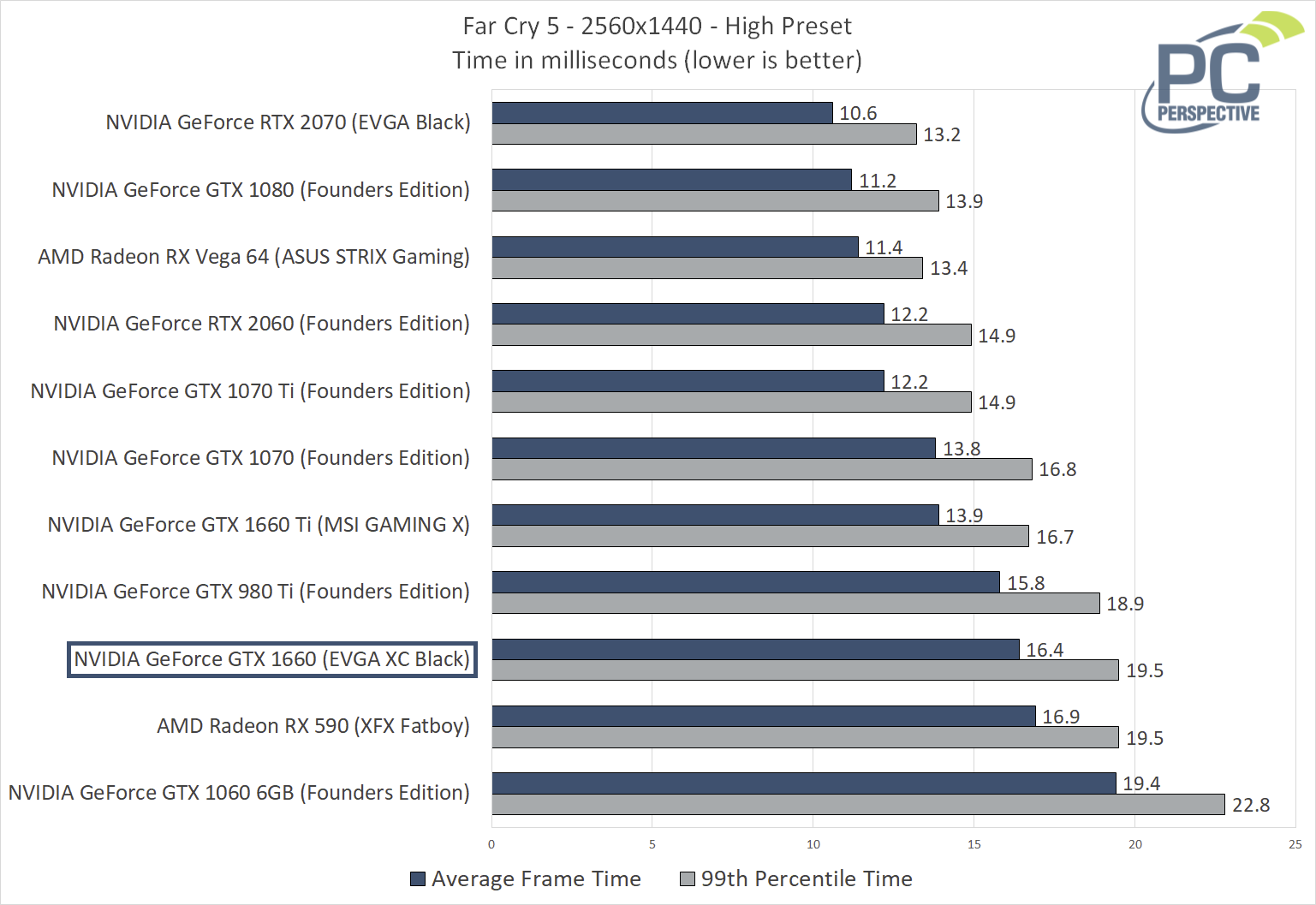 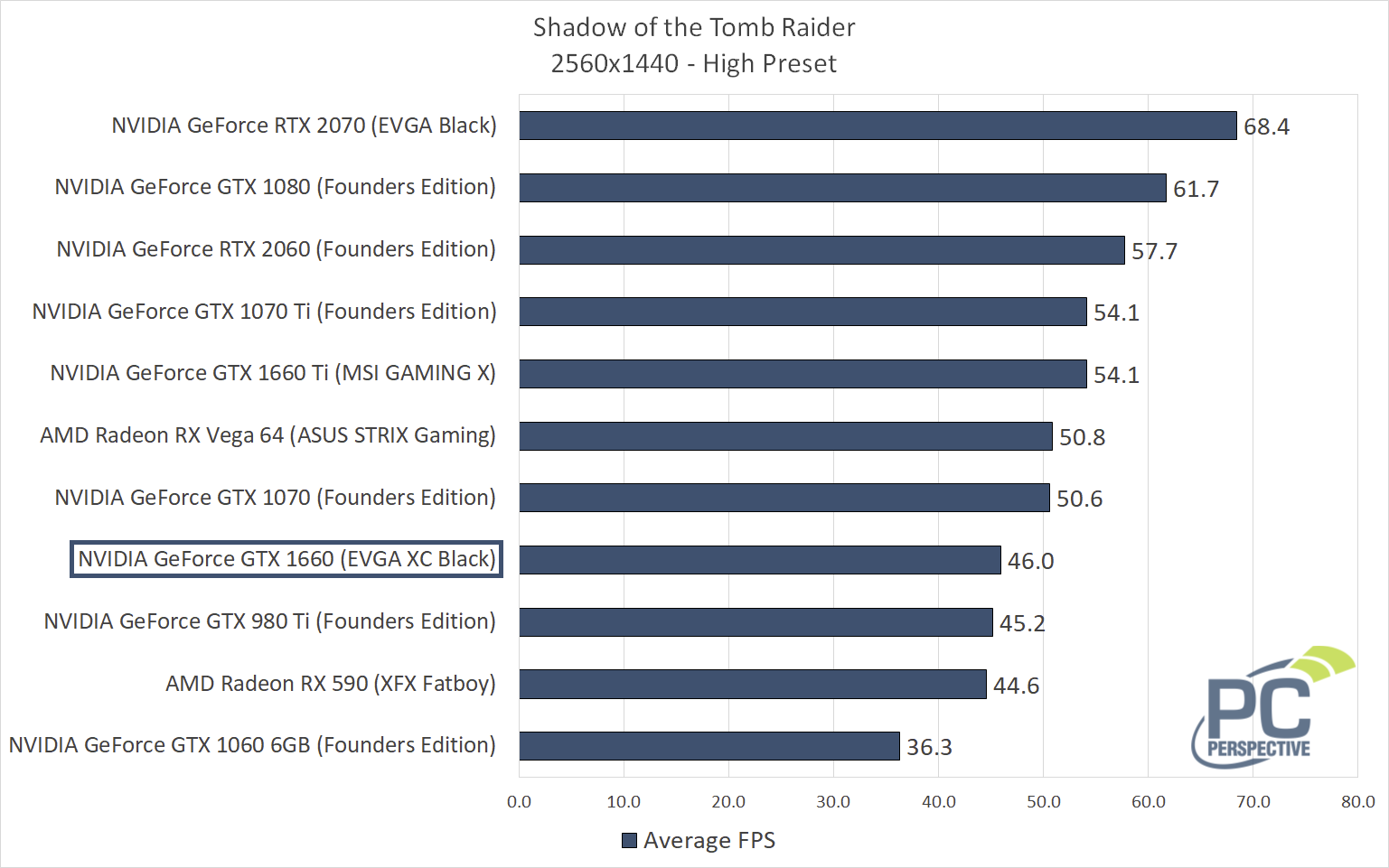 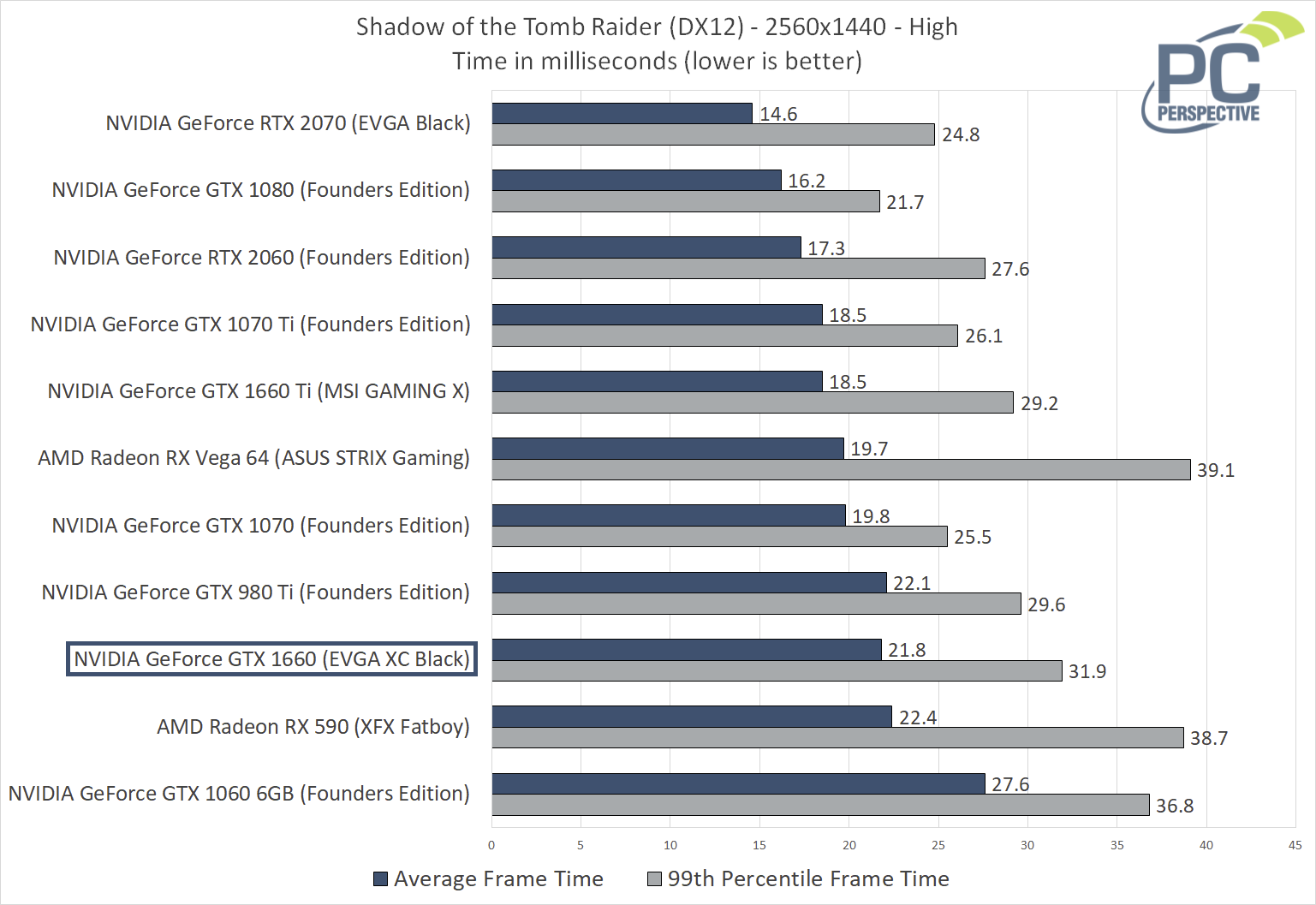 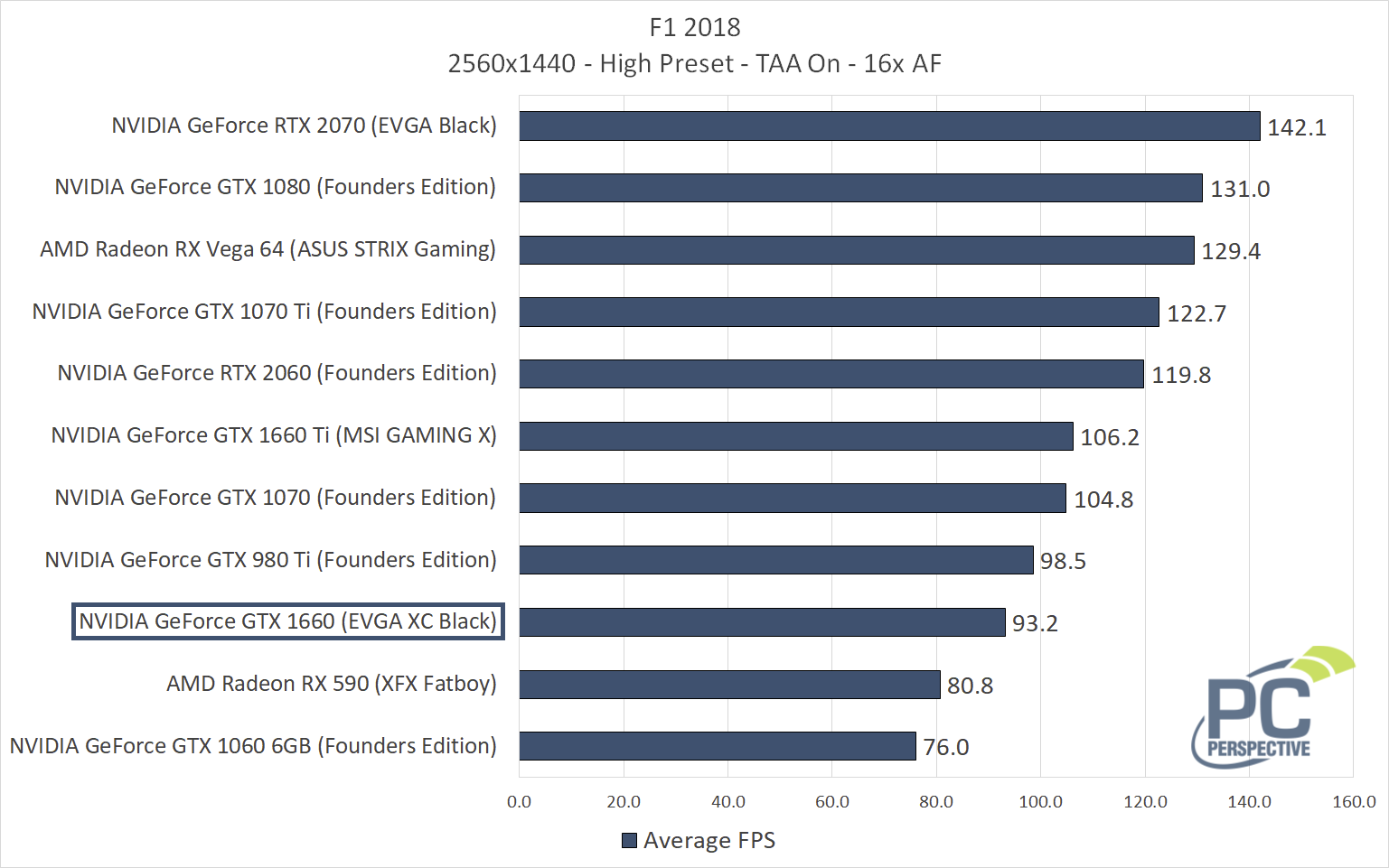 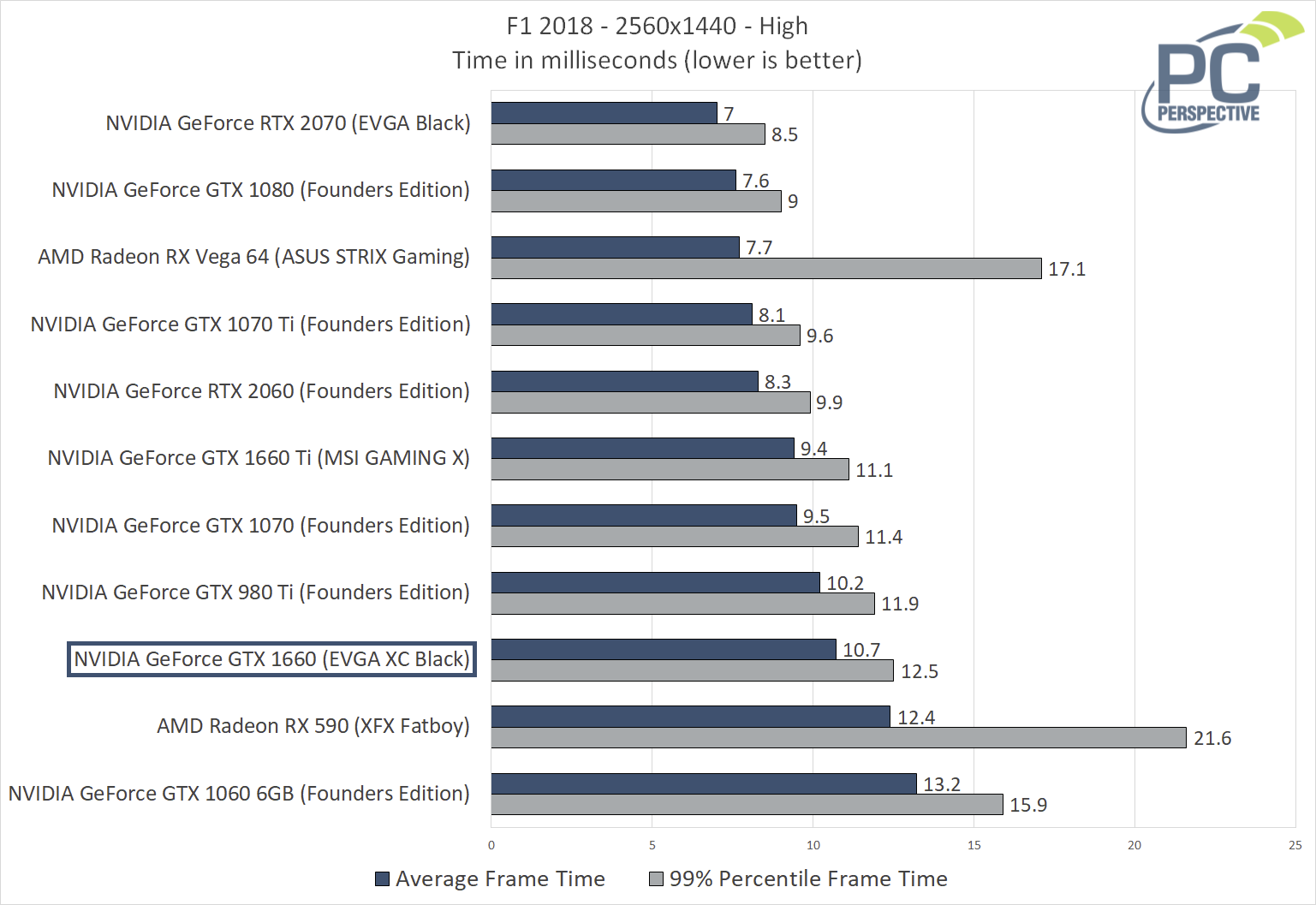 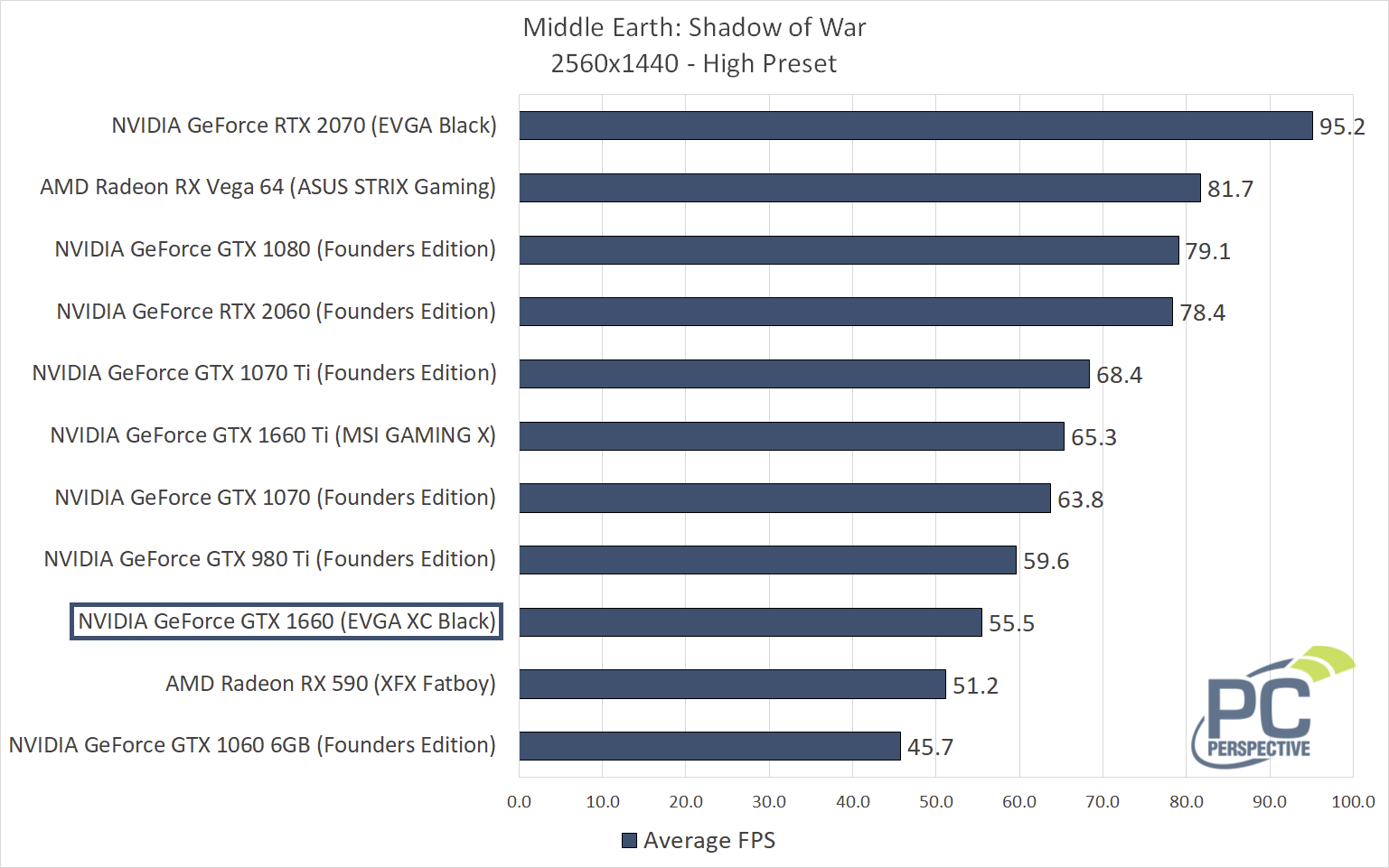 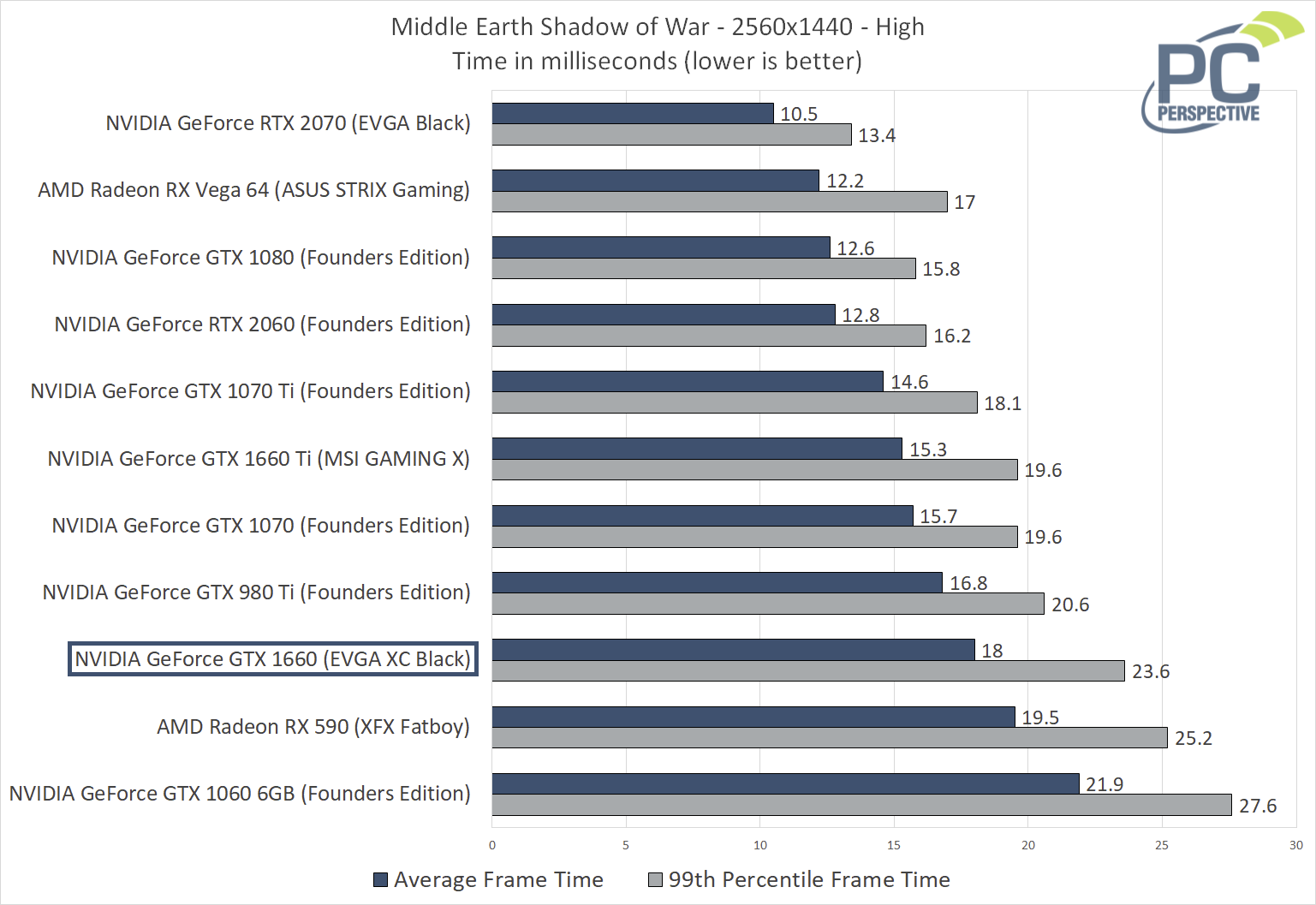 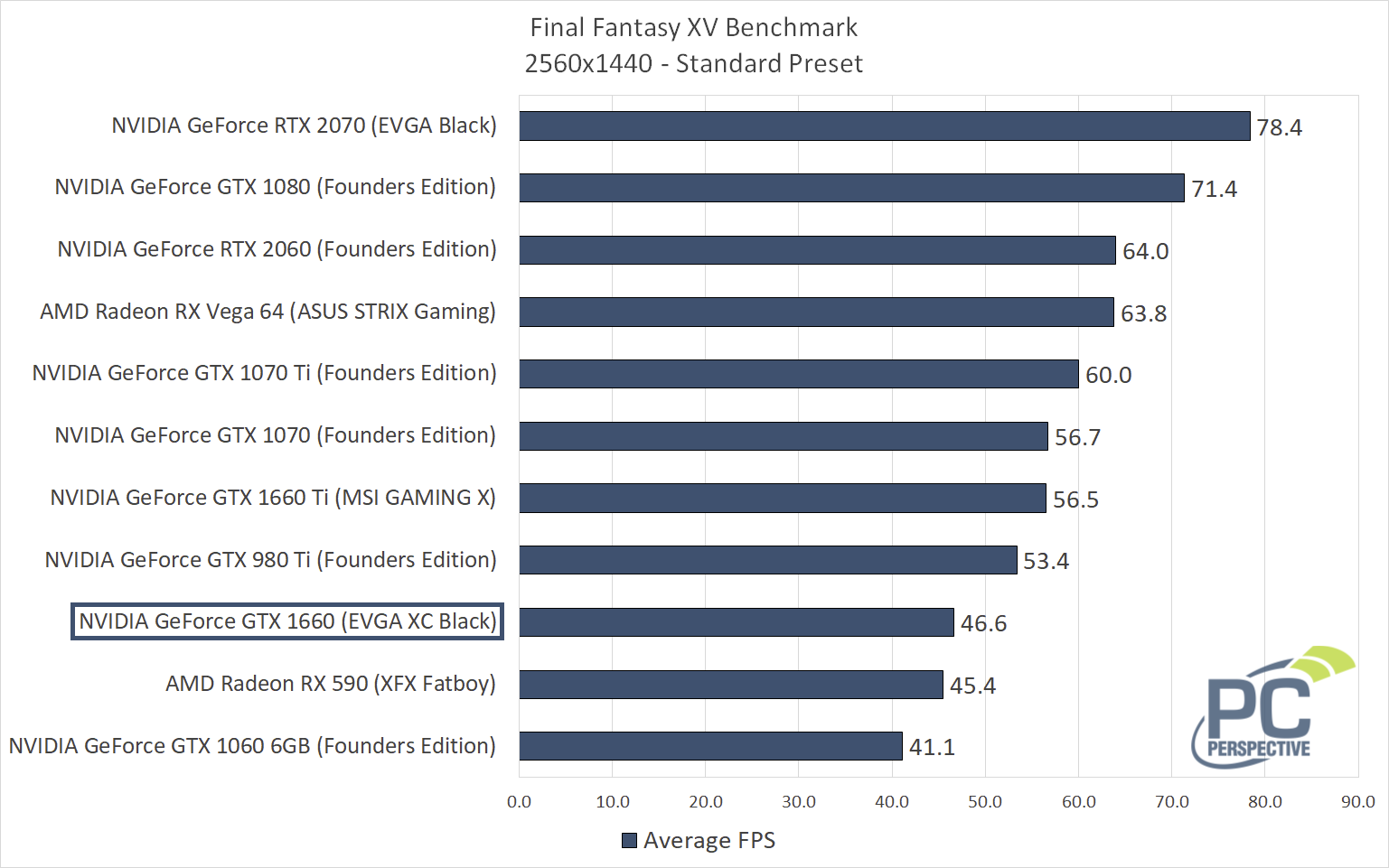 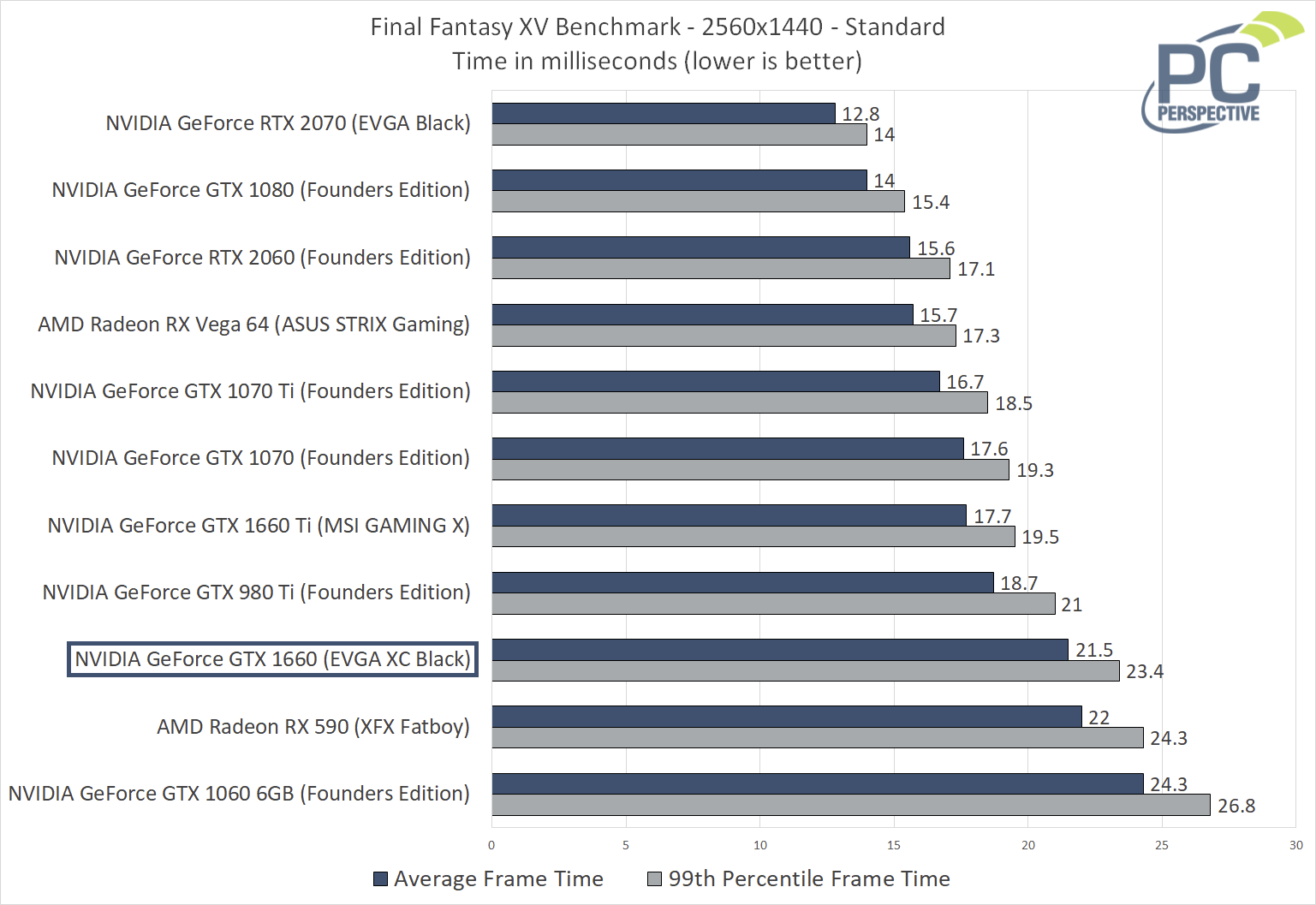 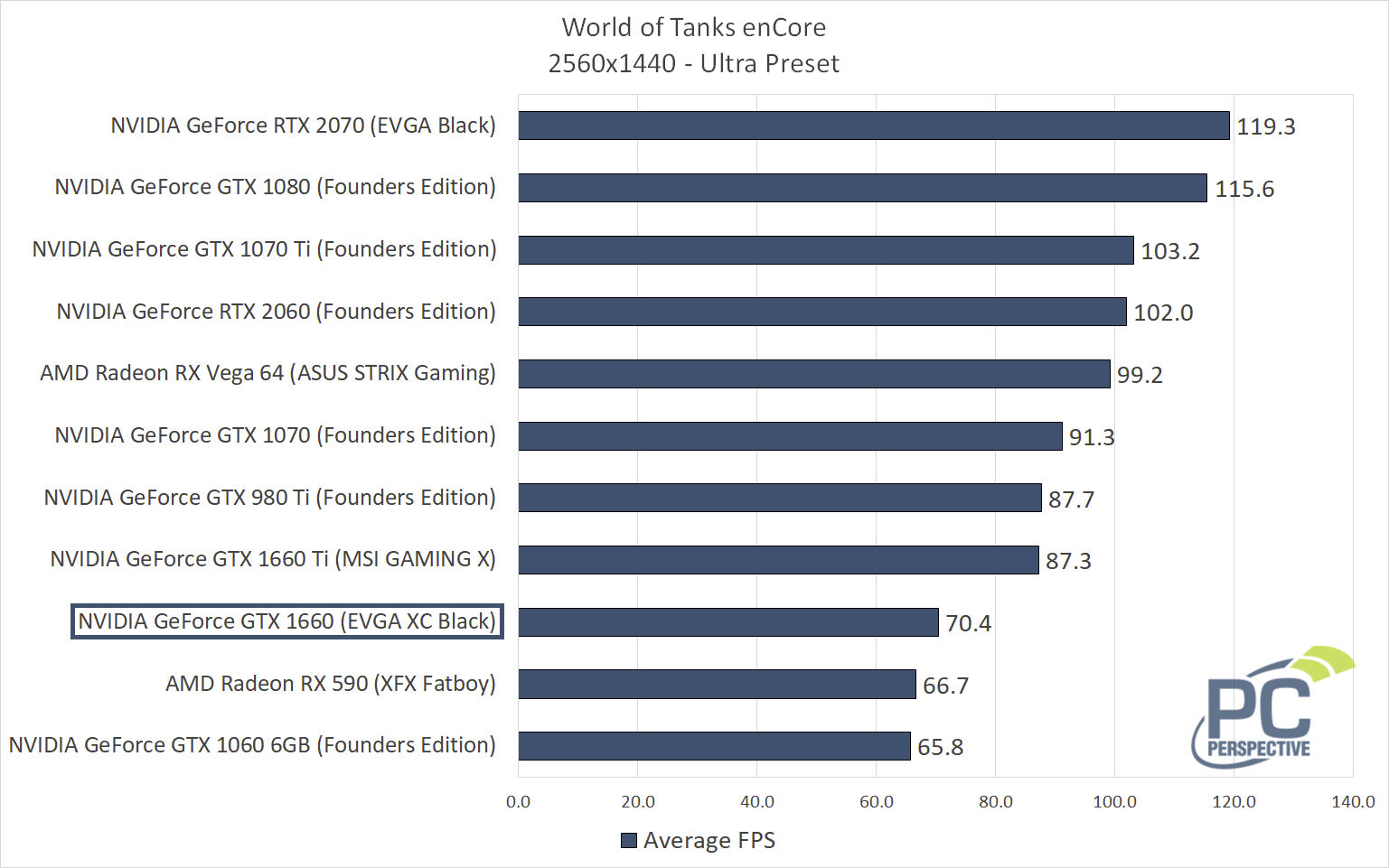 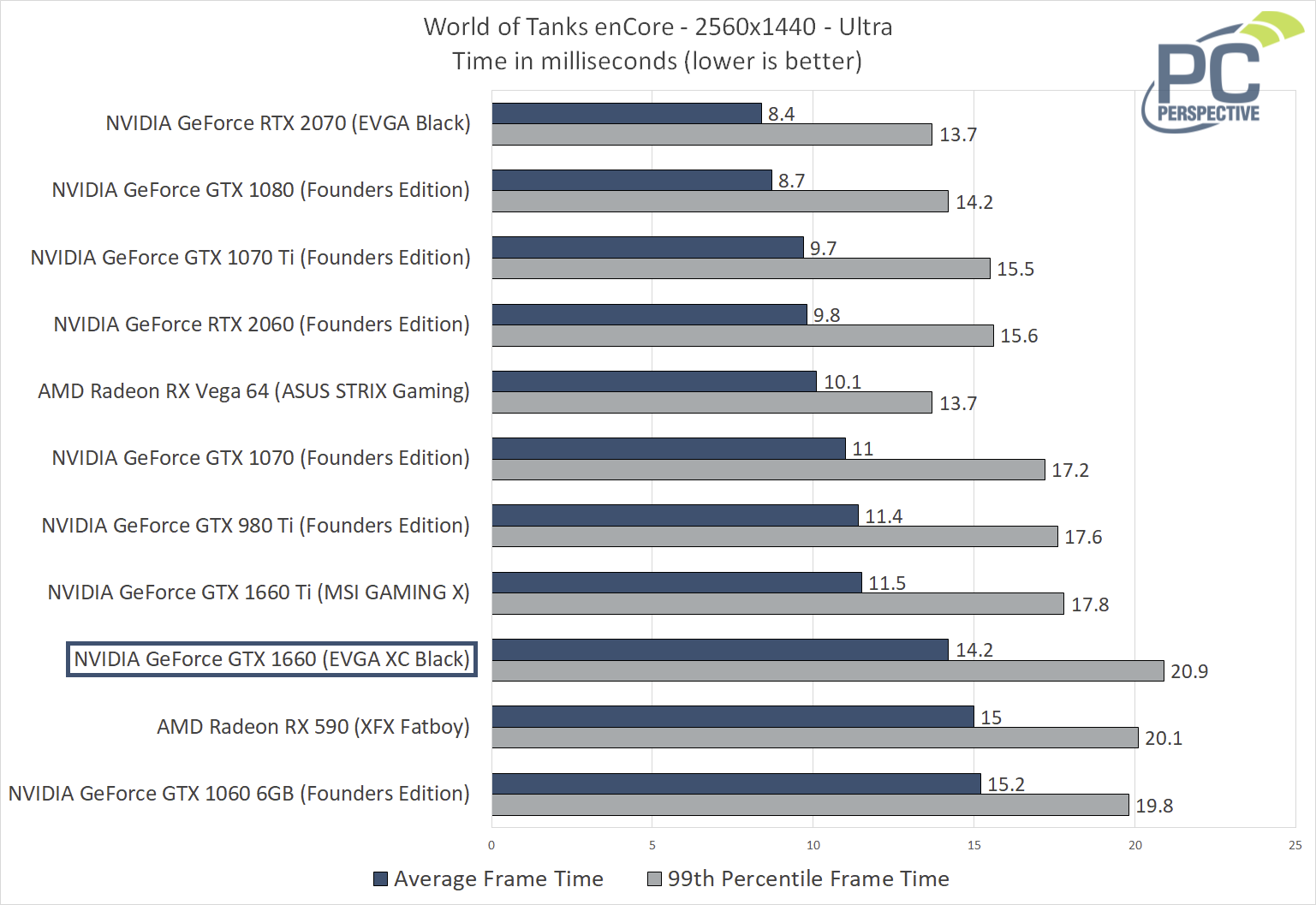