Overclocking with the MSI GAMING X

The stock EVGA XC Black card used to this point does offer some headroom for overclocking, but the locked 100% power limit means that sustaining significantly higher Boost clocks will not be possible. Here the 107% power limit of the GAMING X card from MSI allows us to explore an even higher OC, and to that end we used the latest version of Afterburner to find a stable overclock. 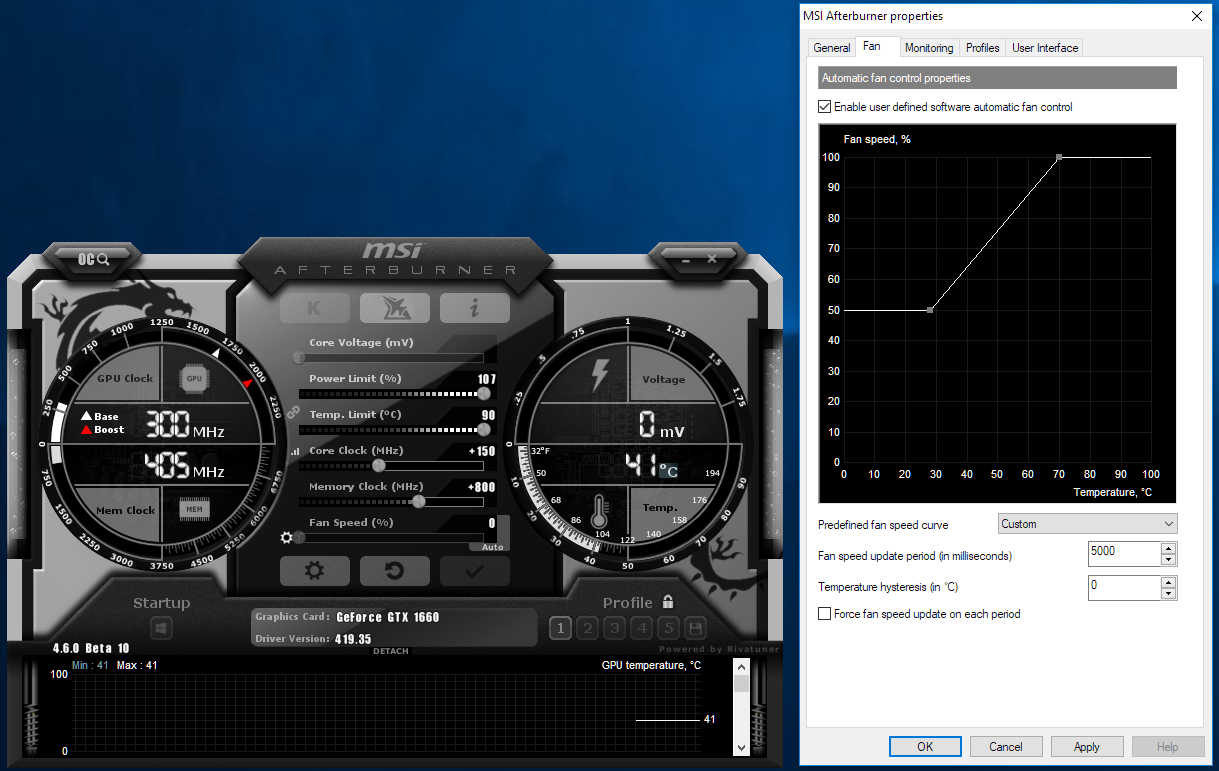 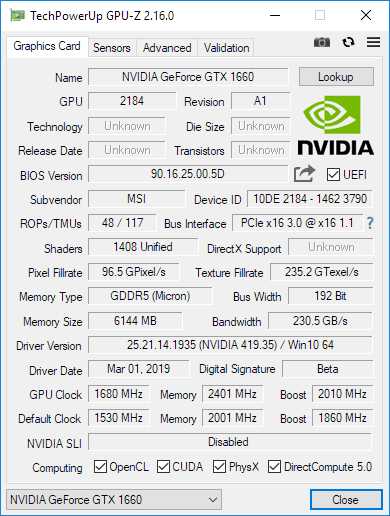 These settings ended up being stable in all of the following tests, which I ran at 2560×1440. How much did this overclock improve things over a stock GTX 1660? Well, a pretty massive amount, actually. 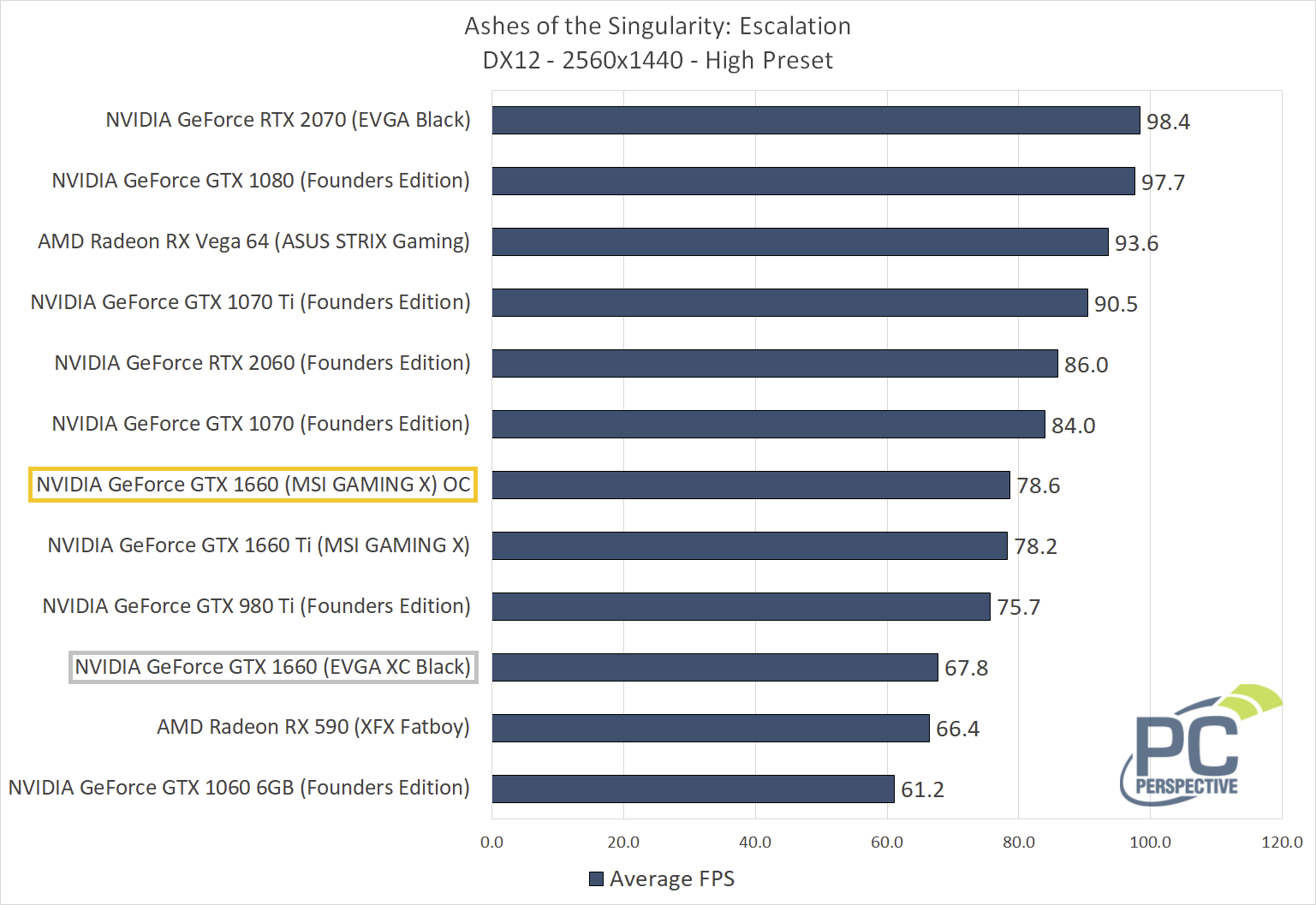 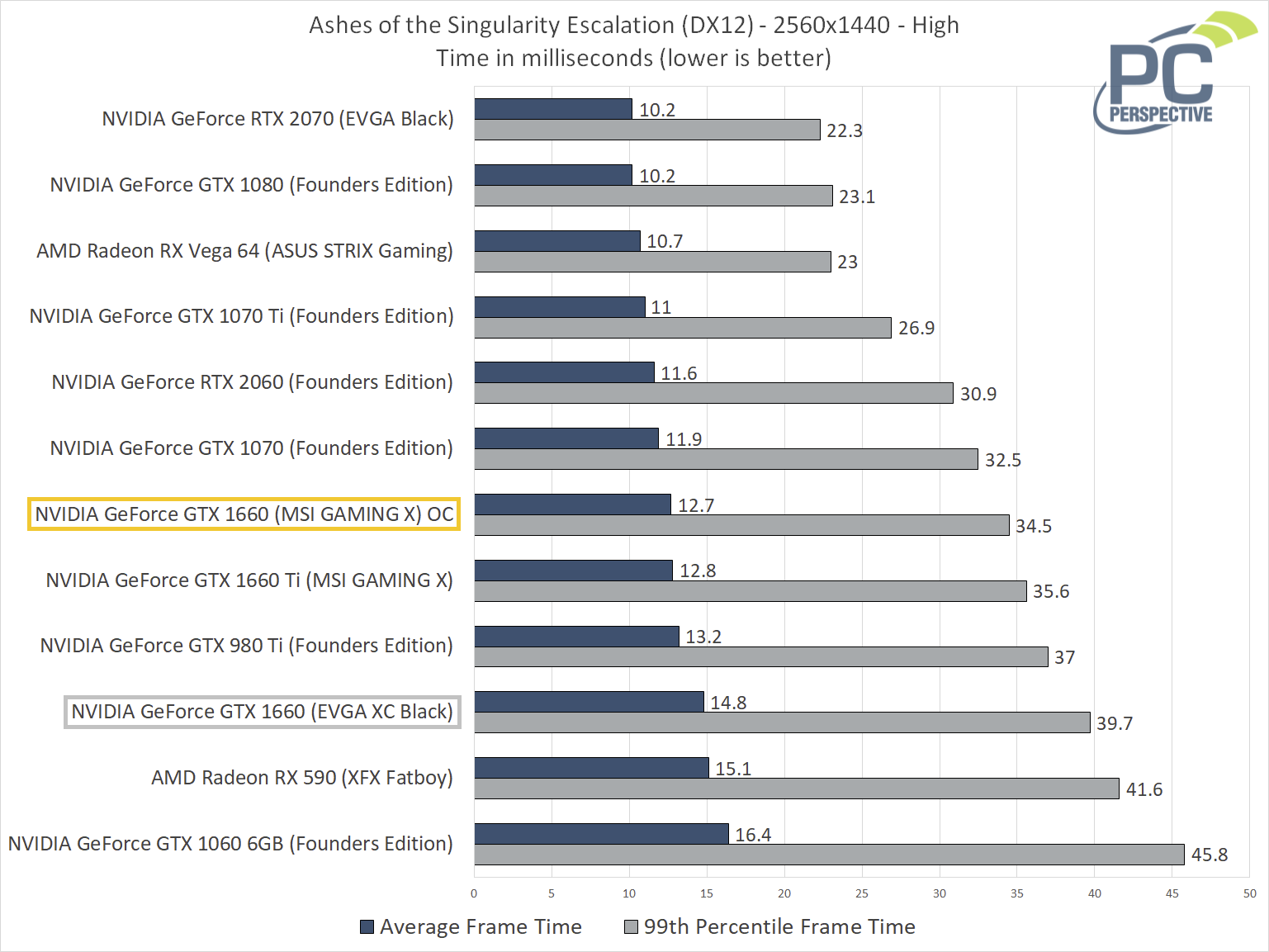 Right off the bat we have a small victory over the GTX 1660 Ti, and a factory-overclocked one at that (the MSI GAMING X counterpart on the Ti side, in fact). 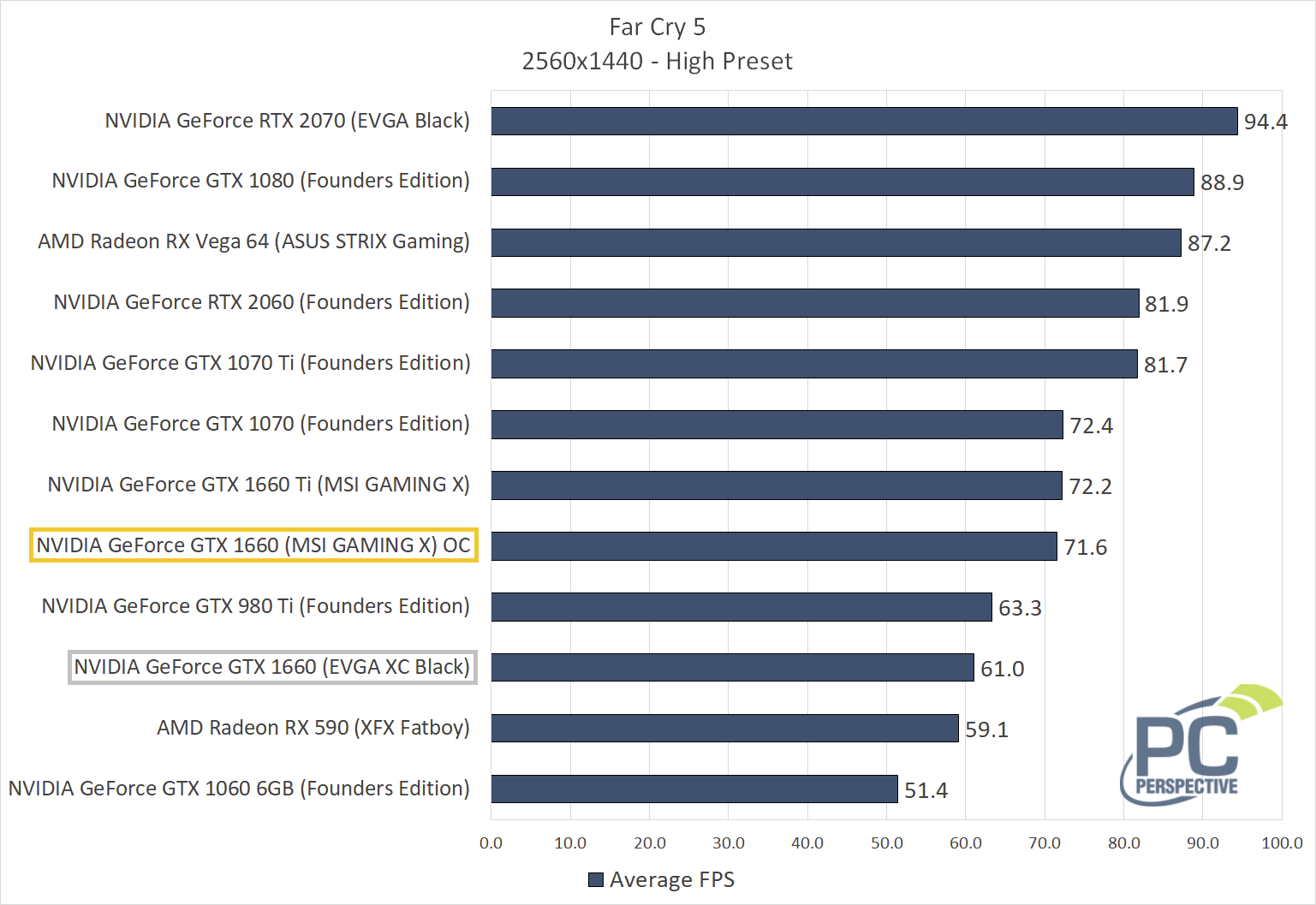 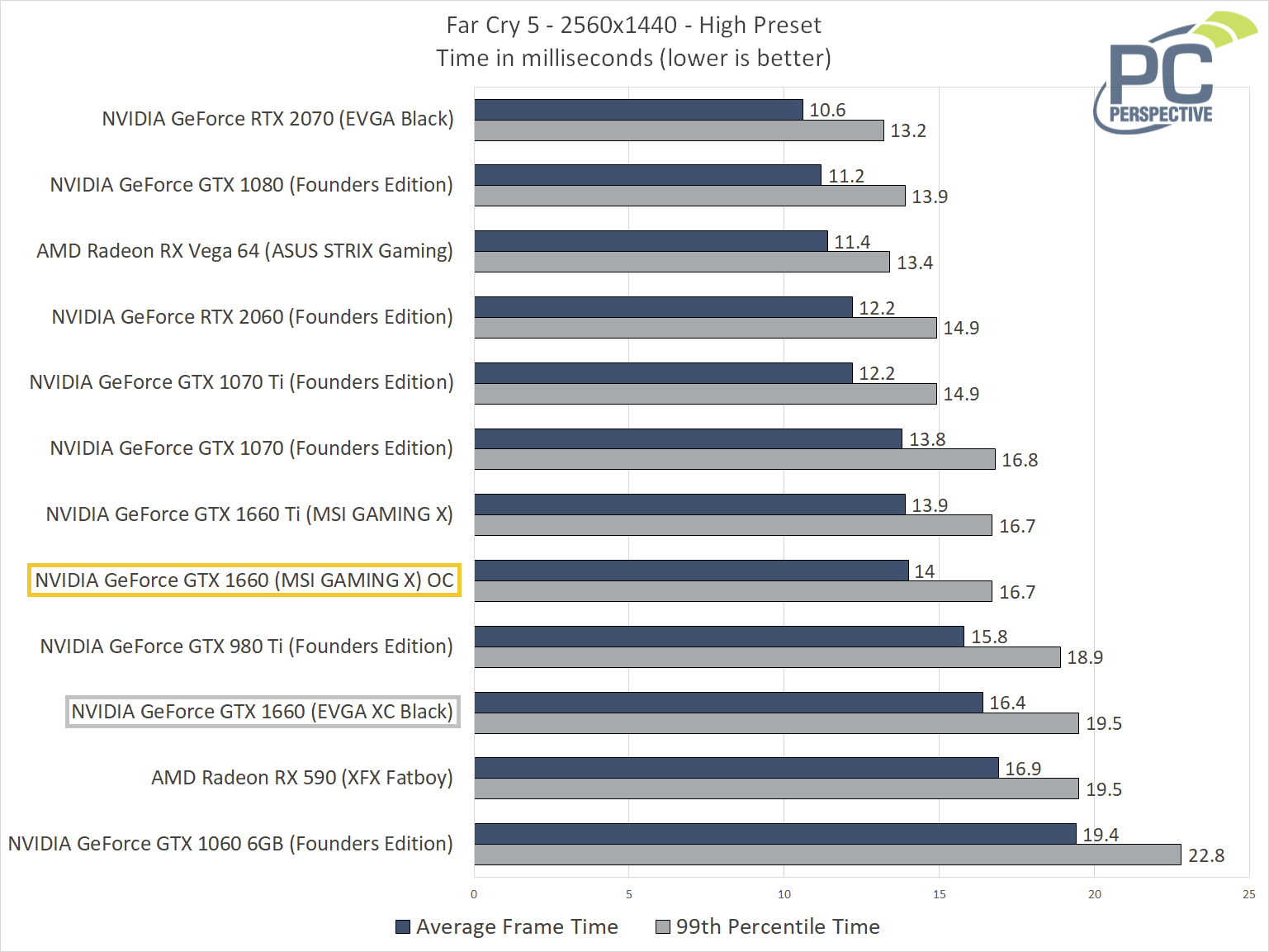 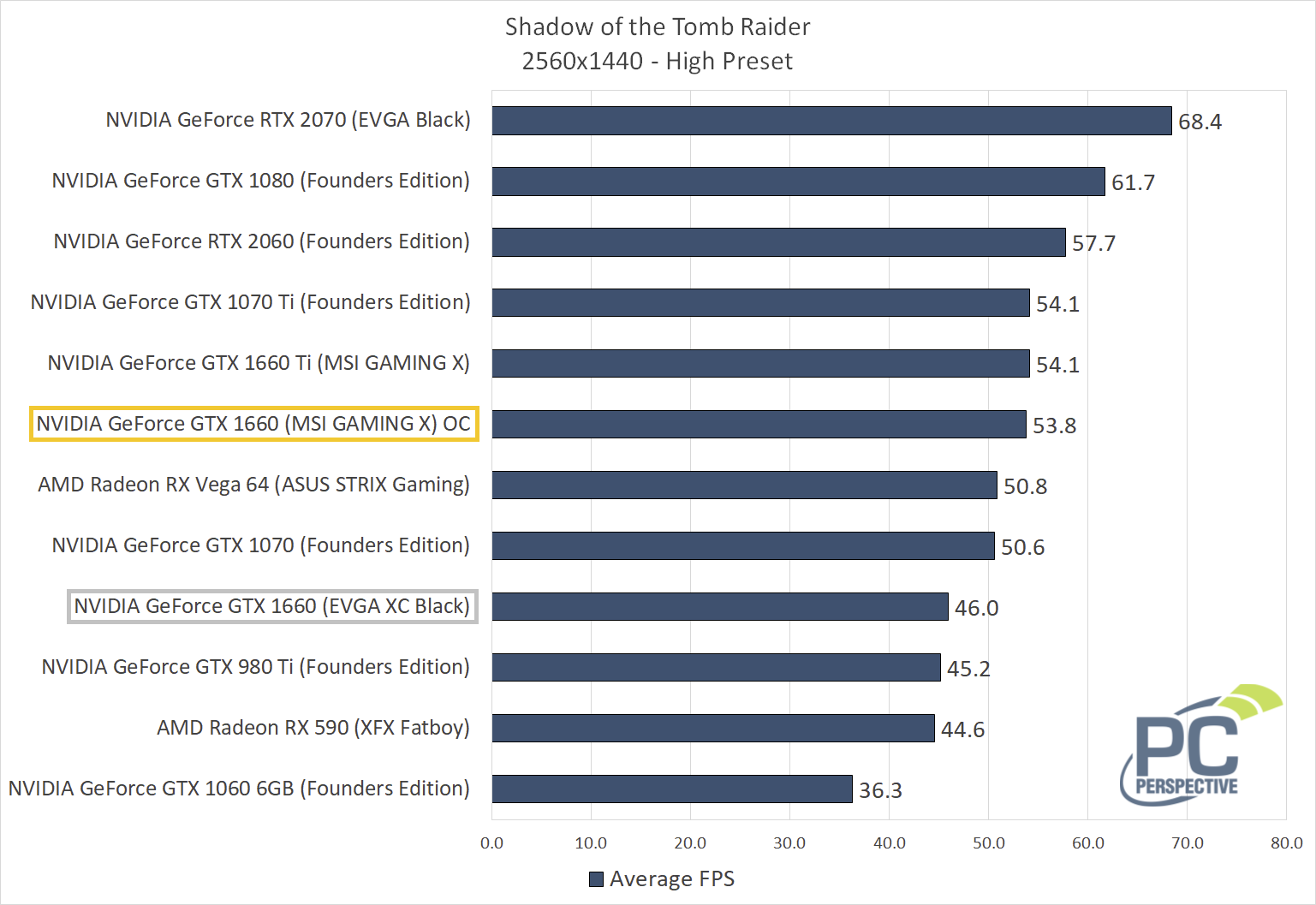 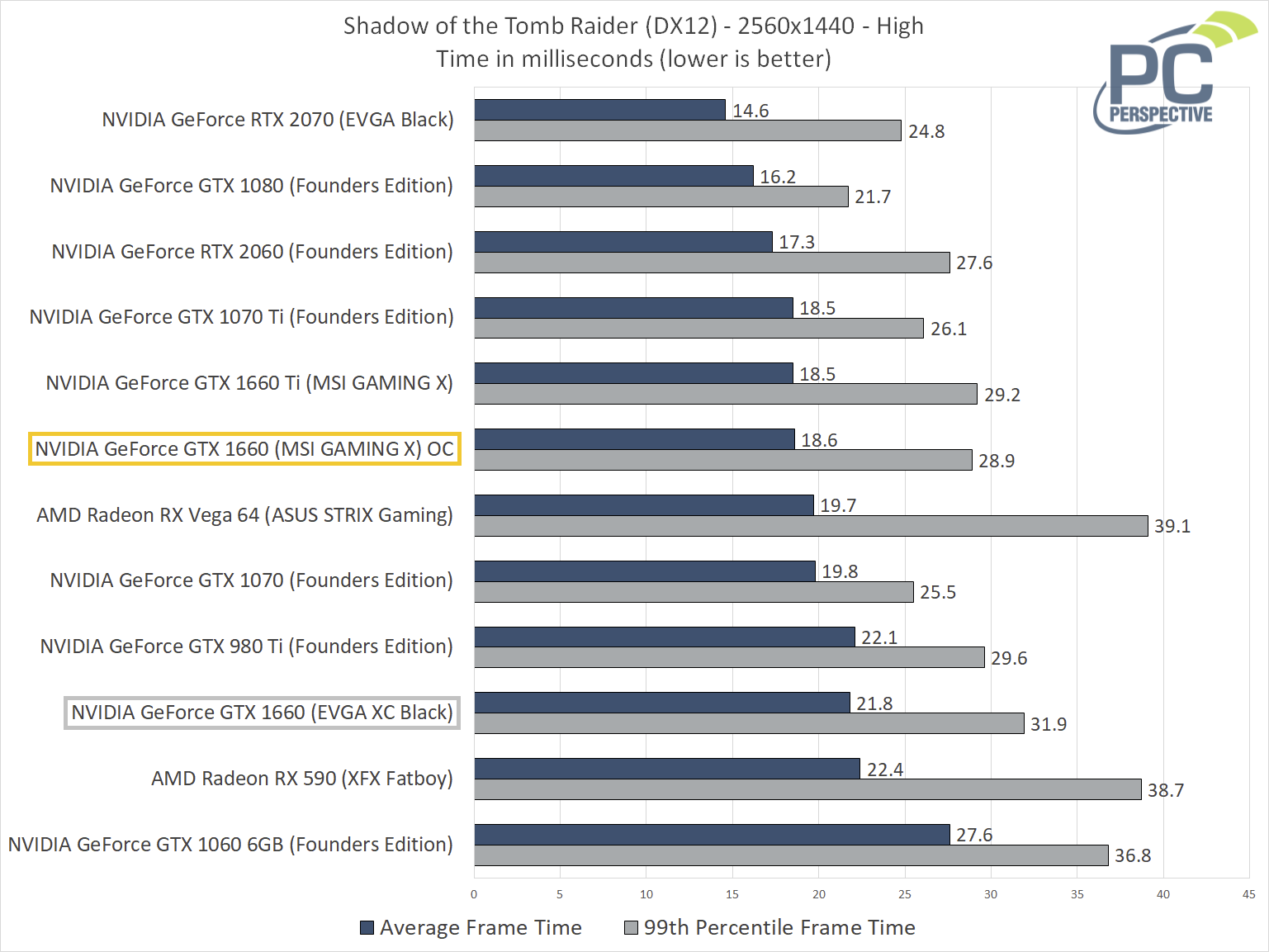 In Shadow the Tomb Raider we see the overclocked MSI 1660 once again just behind the 1660 Ti, with a significant lead over the stock GTX 1660. So how did this OC fare in the DX11 tests? 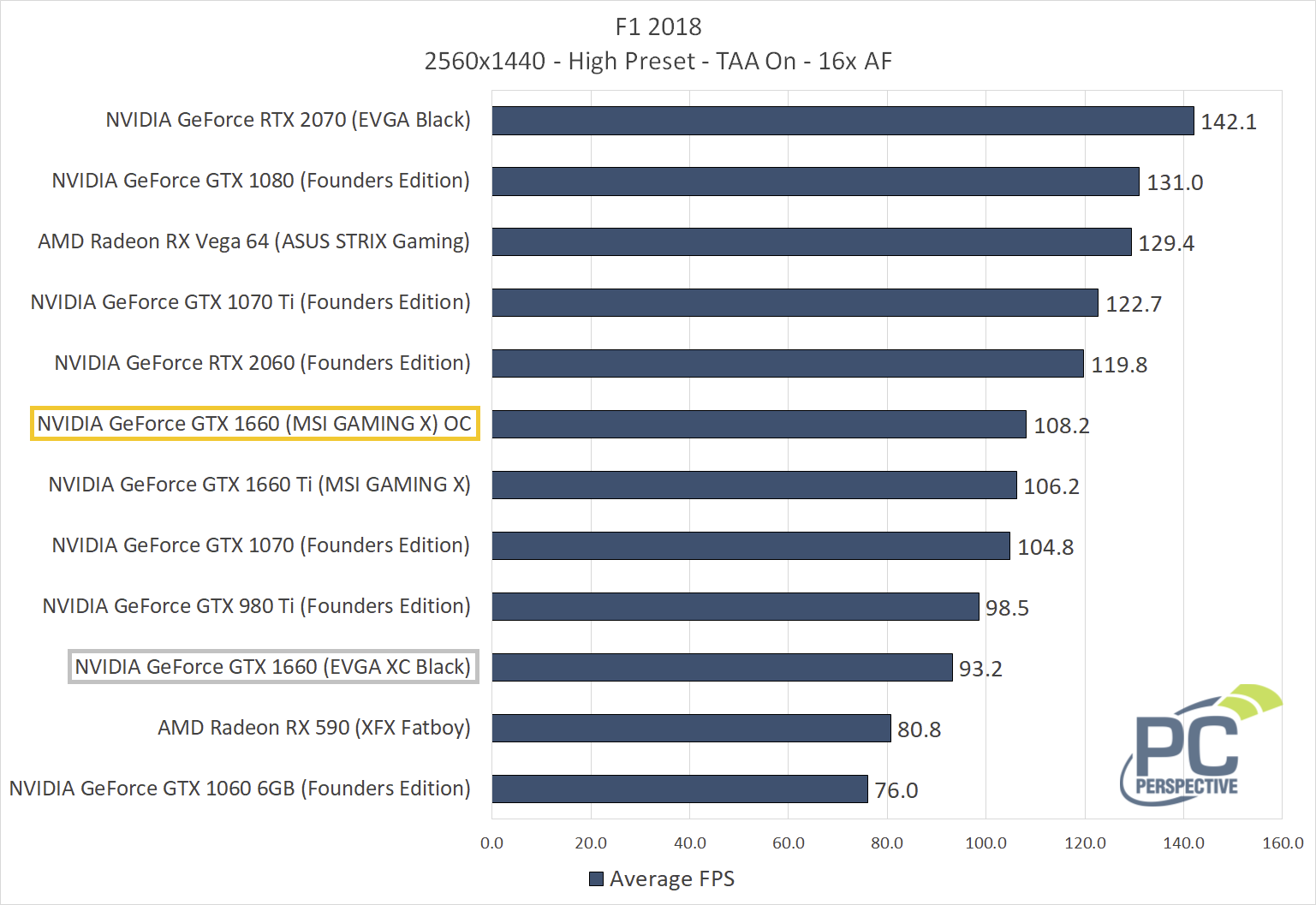 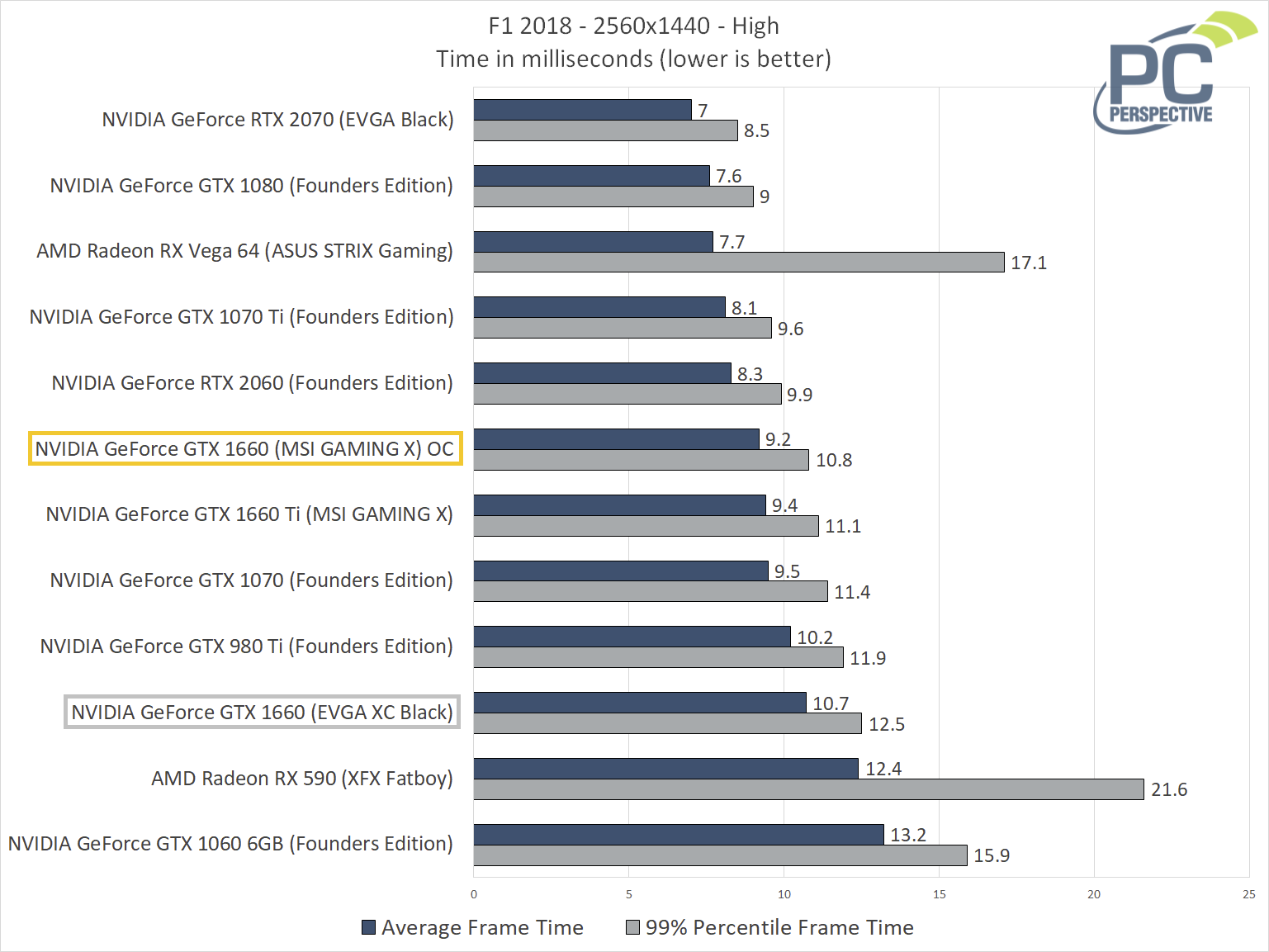 Right away we have another victory over the 1660 Ti, as this overclock continued its dominance over a stock 1660 result. This is obviously a GPU with a lot of OC potential, and the MSI GAMING X was sustaining Boost clocks of over 2 GHz easily. 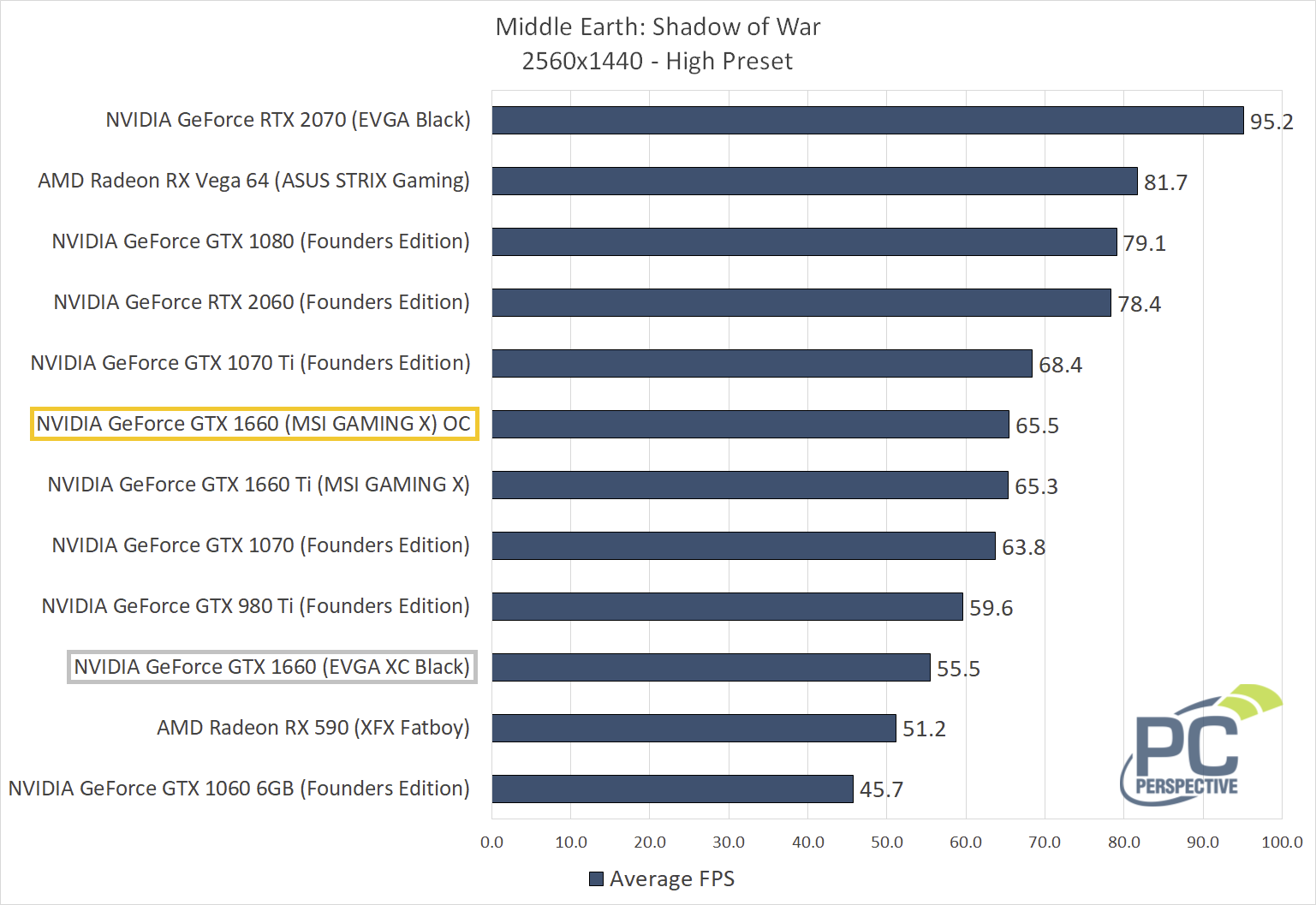 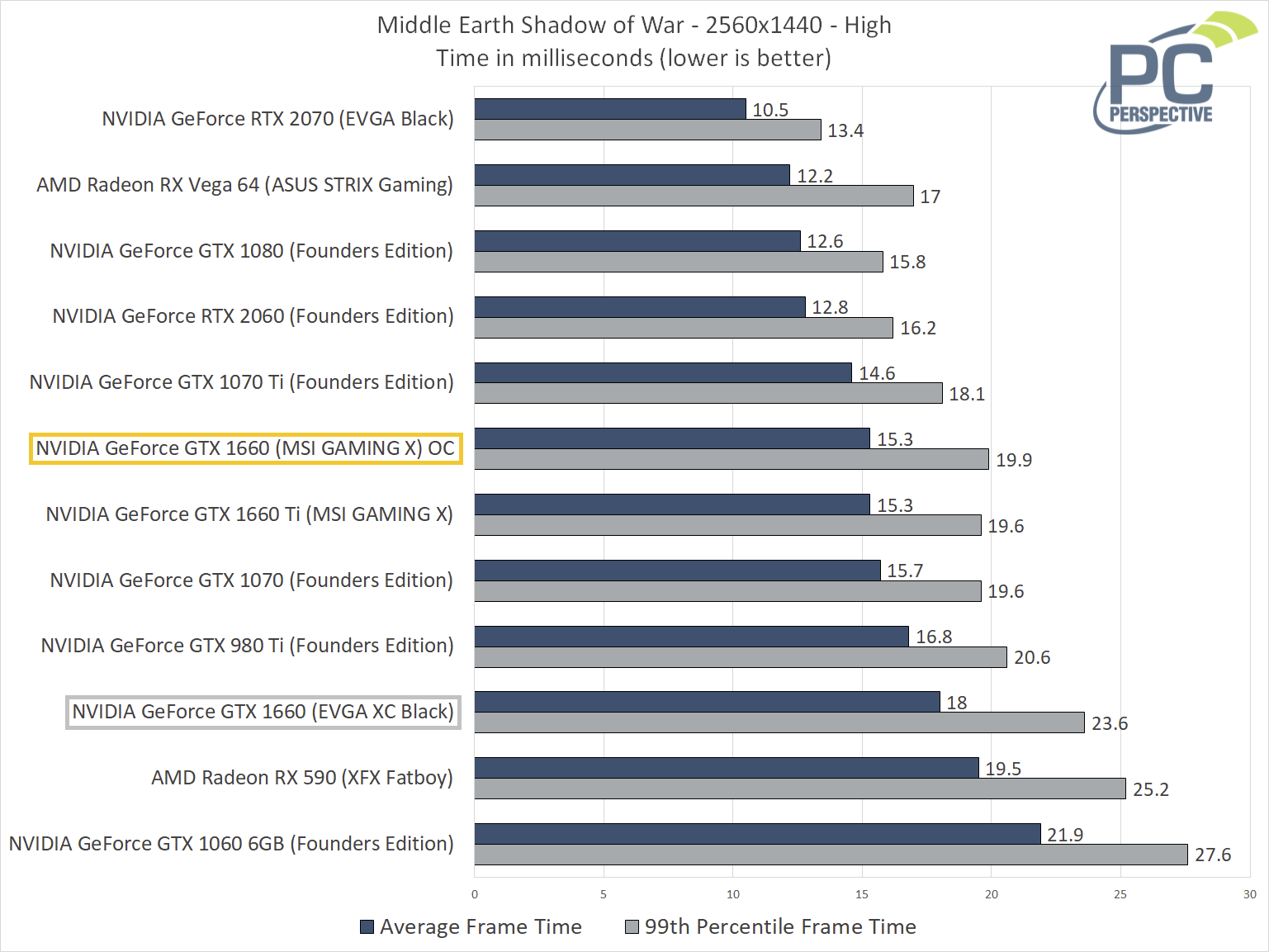 More impressive stuff from this overclock with Middle Earth Shadow of War, though our final test was a bit of a let down as we moved up to "ultra" settings with World of Tanks enCore. 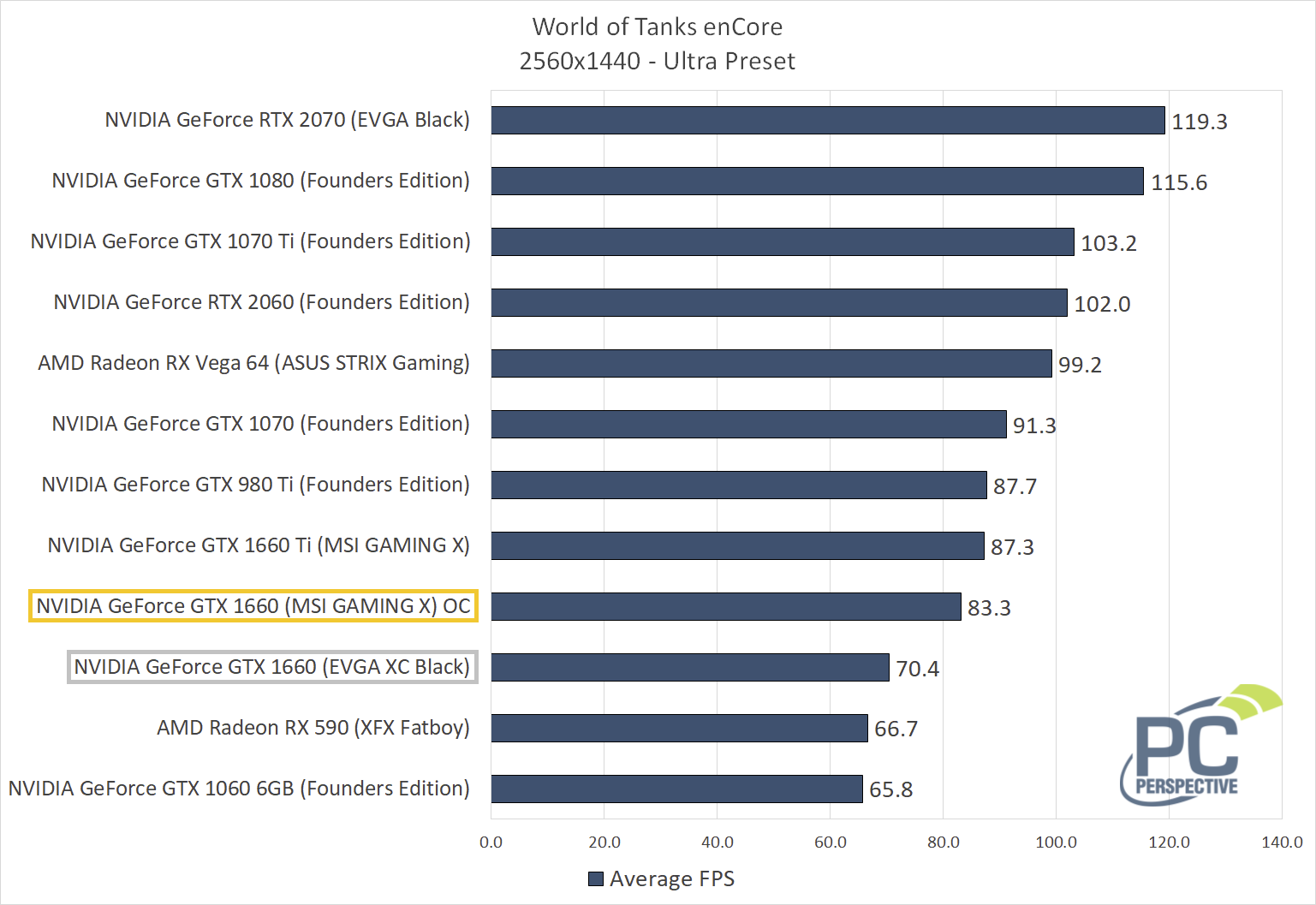 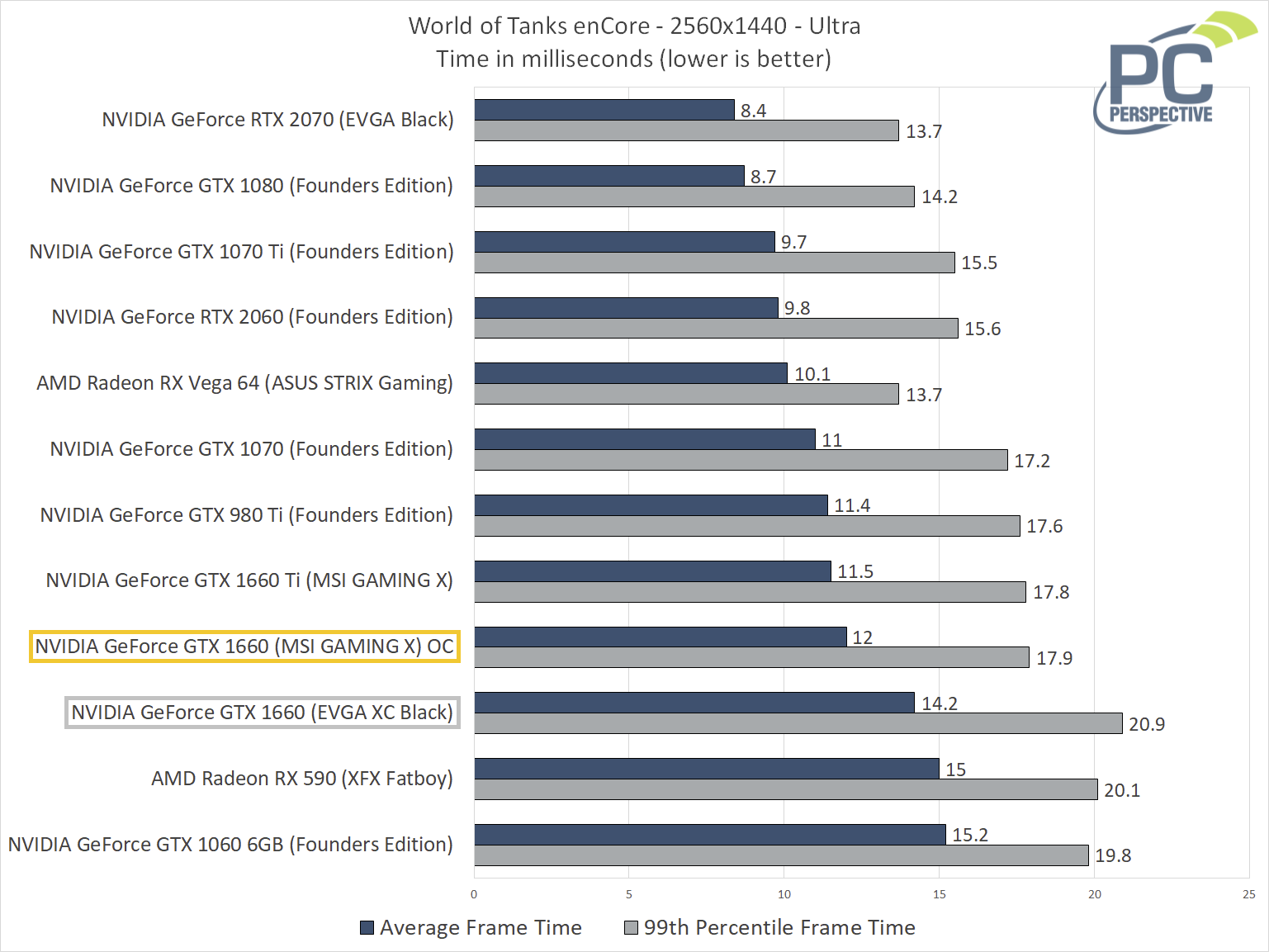 A nice gain over the stock GTX 1660 here, but this time the overclock fell 4 FPS short of the (admittedly factory-overclocked) MSI 1660 Ti.