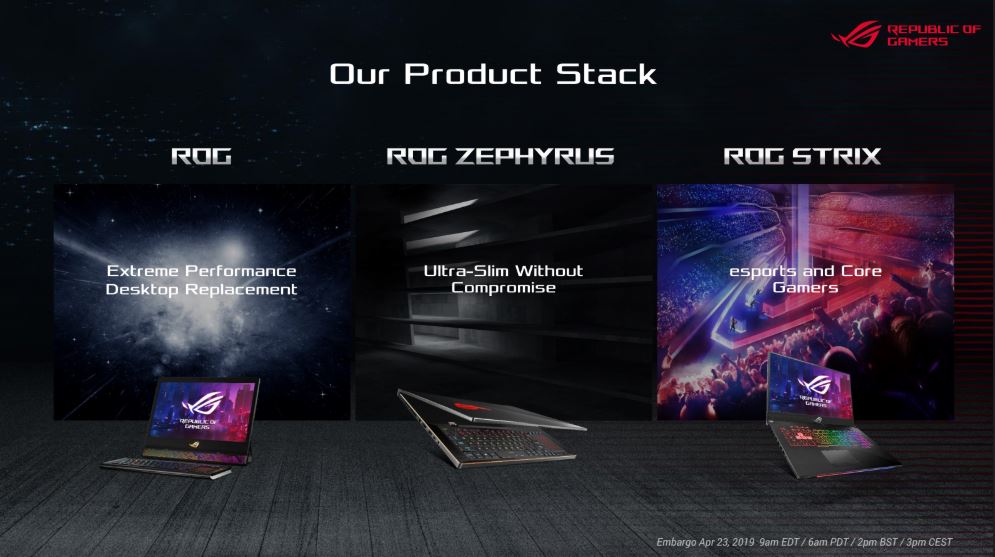 ASUS today is unveiling the latest range of the company's Republic of Gamers (ROG) laptop line. Powered by the just-announced 9th Generation Intel Core Mobile Processors, the new ASUS laptops include new designs and features at a wide range of price and performance levels.

First teased to the press at an event last week in Manhattan, ASUS said that it is positioning this new line of ROG laptops at both gamers and creators. Gaming, especially competitive multiplayer, continues to gain popularity due to the accessibility of free-to-play titles, but ASUS is seeing a similar increase in interest for creative workloads.

In some cases, these creative workloads are tied directly to gaming itself, such as gamers recording, editing, and streaming their gameplay videos. In other cases, professionals primarily interested in 3D modeling, photo and video production, or graphic design choose gaming laptops like those in the ROG series for their higher-end performance capabilities. And, of course, ASUS also sees the trend of professionals who want both: working through the week and playing through the weekend.

In terms of the Zephyrus line, ASUS is continuing to use letters to differentiate the performance and price tiers, but has introduced a lower-end tier this year. To recap and summarize, models in the new Zephyrus "G" class are entry-level and "focus on fundamentals to enable exhilarating experiences." The "M" models — mid-tier — "enhance form and function to improve your everyday gaming experience." Finally, the flagship "S" models represent "the ultimate expression of ROG."

Beyond Zephyrus, ASUS is also introducing new or updated models in its Strix and TUF series, as well as updating its semi-portable ROG Mothership to the latest 9th Gen Intel CPUs.

Here's an overview of the new ROG laptop models. ASUS has complete specifications for each model at its website. 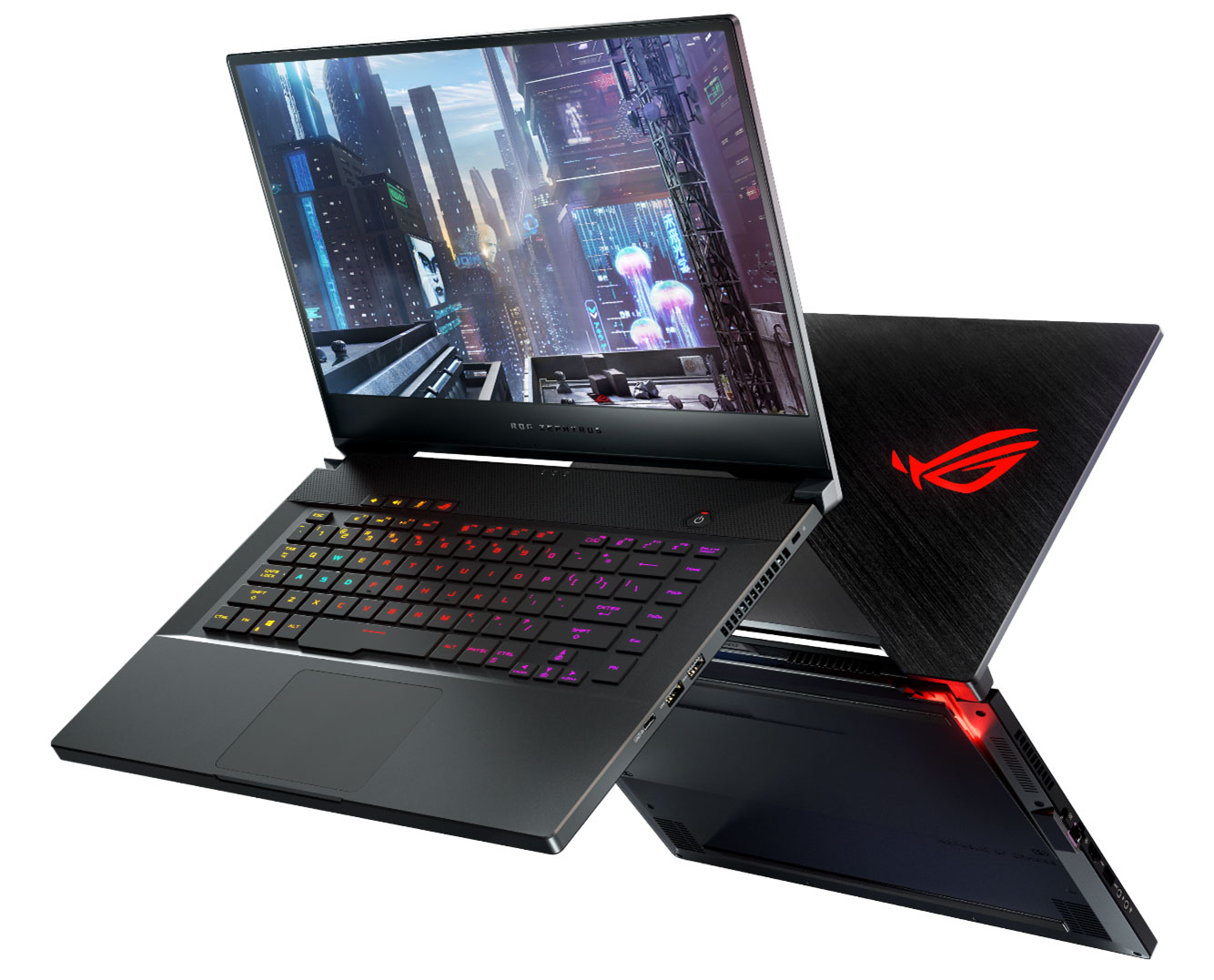 It's available with up to RTX 2070 graphics, a 240Hz/3ms IPS-class display with Pantone validation, and the ability to switch on the fly between G-SYNC and Optimus graphics for improved battery life. 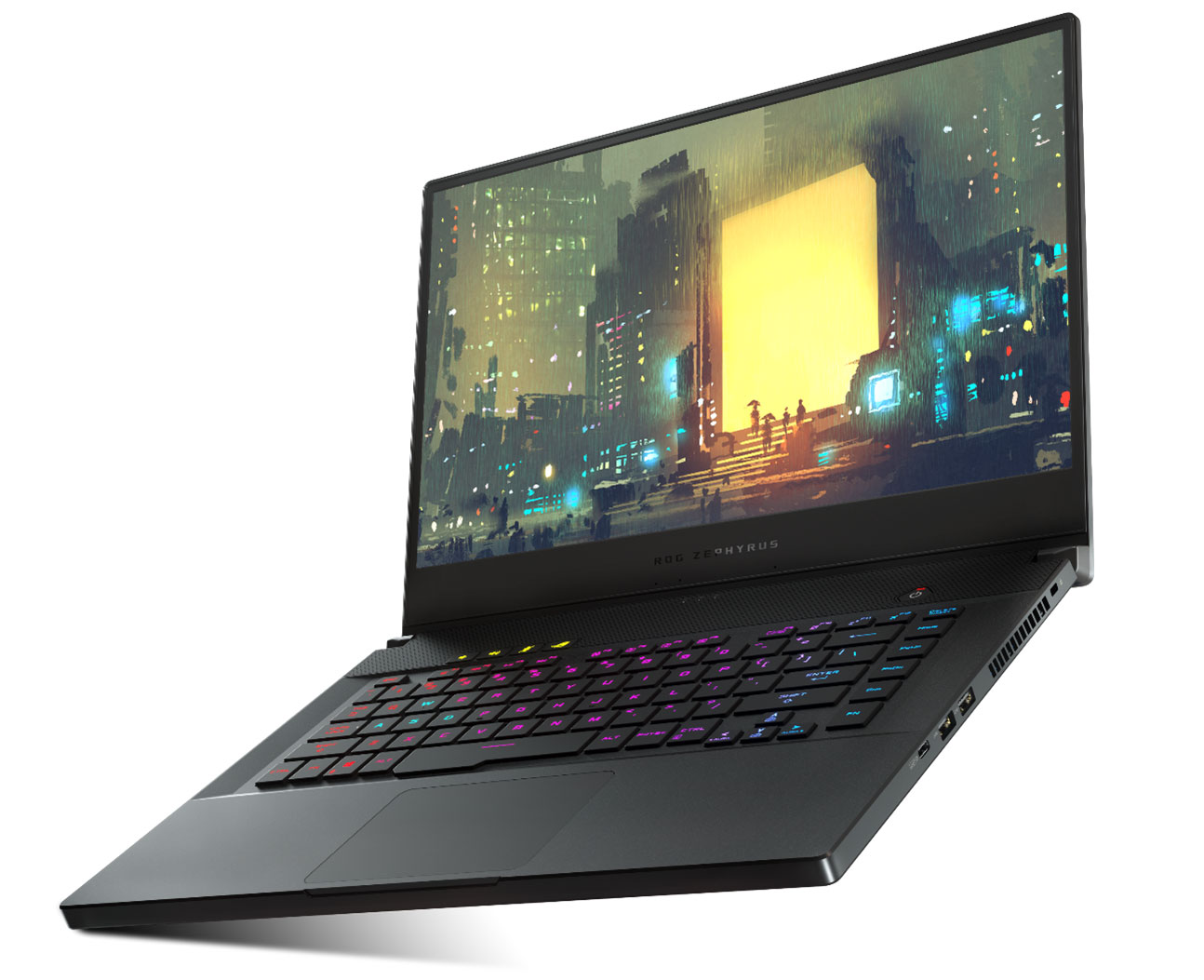 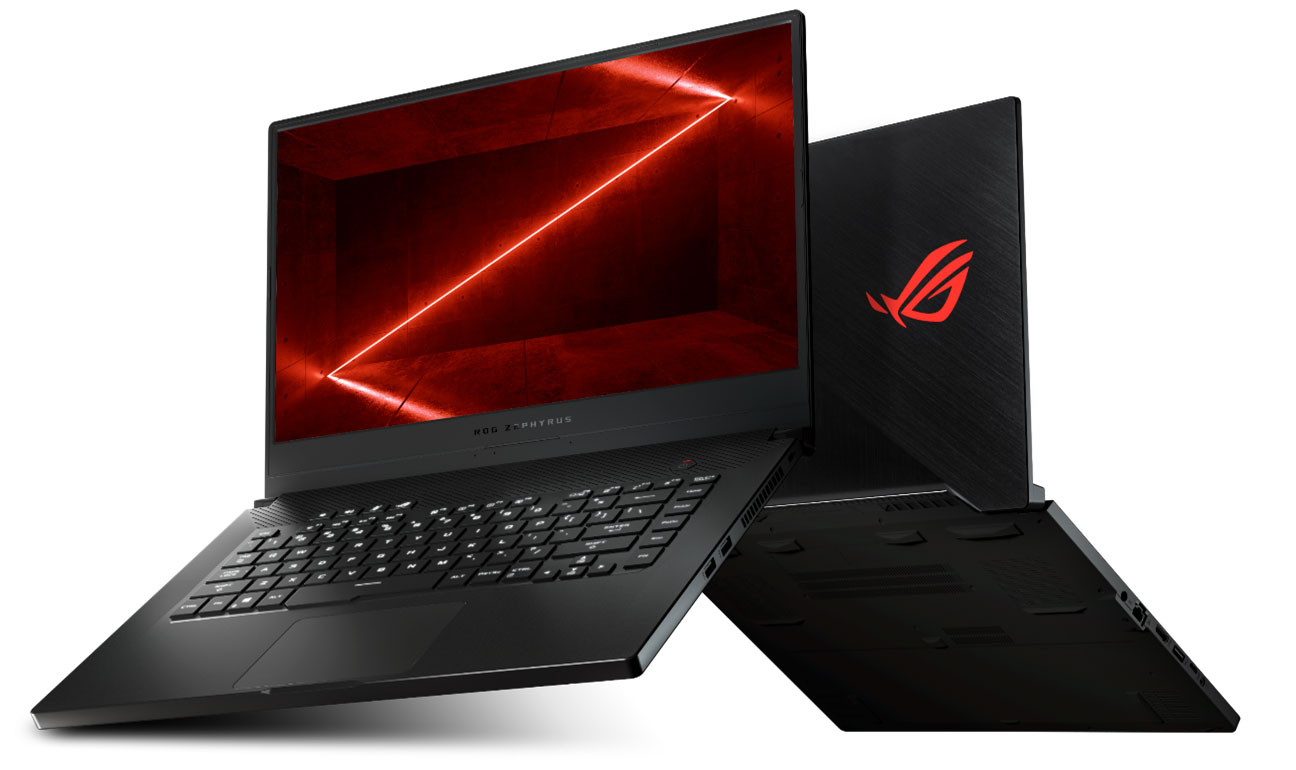 At the "G" level, the Zephyrus offers are more "subtle" design, eschewing per-key RGB lighting for simpler white backlighting, and a new lower price point. But this model is no slouch for gaming, and AMD fans will take note that it's powered by a Ryzen 7 3750H with a GeForce GTX 1660 Ti for discrete graphics.

With up to a 120Hz 1080p display, it also includes NVMe storage and 16GB of RAM and advertises up to 7 hours of web browsing battery life. ASUS says that it will be available starting today from U.S. Best Buy locations for $1,199. 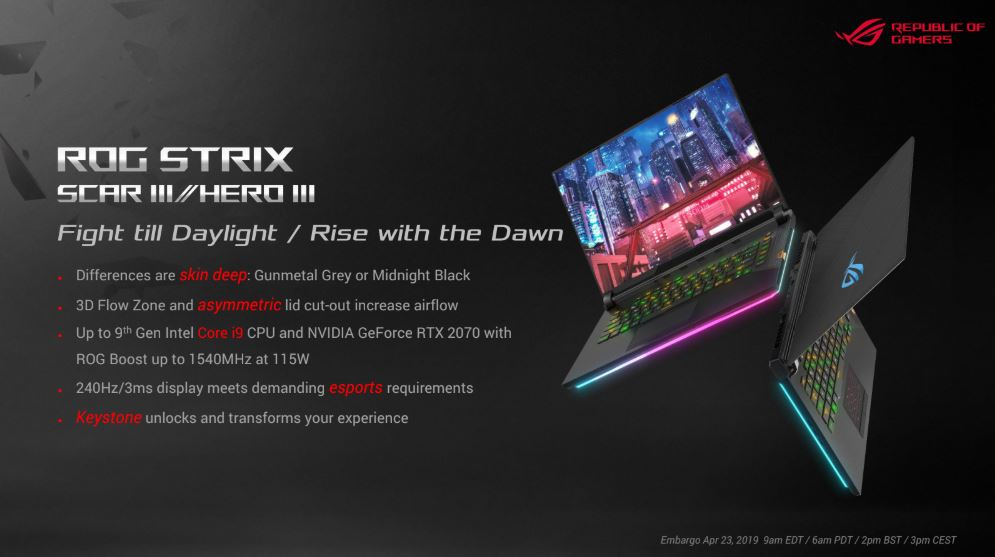 Designed in collaboration with the BMW Designworks Group, the new Strix Scar III and Hero III models offer the same technical specifications and only differ in terms of color. The Scar III sports a "Gunmetal Gray" finish with a carbon-weave design on the palm rest area while the Hero III is "Midnight Black" with a "cyber-text" design. Both models also support an RGB light bar that wraps around the base of the laptop and up to four-zone keyboard lighting including transparent key caps for the WASD keys, all of which is fully customizable with ASUS Aura Sync software.

Exact specifications aren't yet available but each model will be offered in 15- and 17-inch sizes with up to a Core i9 CPU and RTX 2070 GPU, up to 32GB of RAM, NVMe storage, and up to 240Hz displays with 3ms response times. 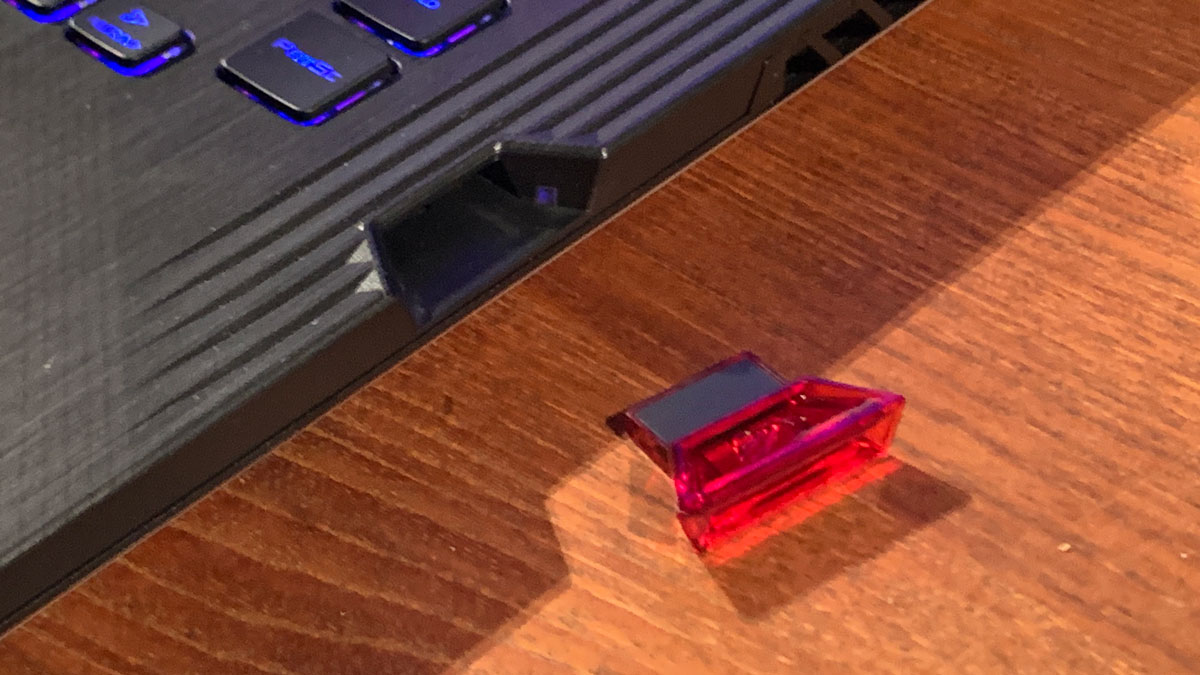 It can also unlock a custom encrypted shadow drive on the laptop's storage device. ROG Keystone won't be of much use for individual laptop users, but has interested implications for those using a shared laptop in an eSports, school, or even home setting. ASUS says that the Keystone also lays the groundwork for additional functionality in the future.

Both models will be available this quarter, although exact pricing and specifications have yet to be detailed. 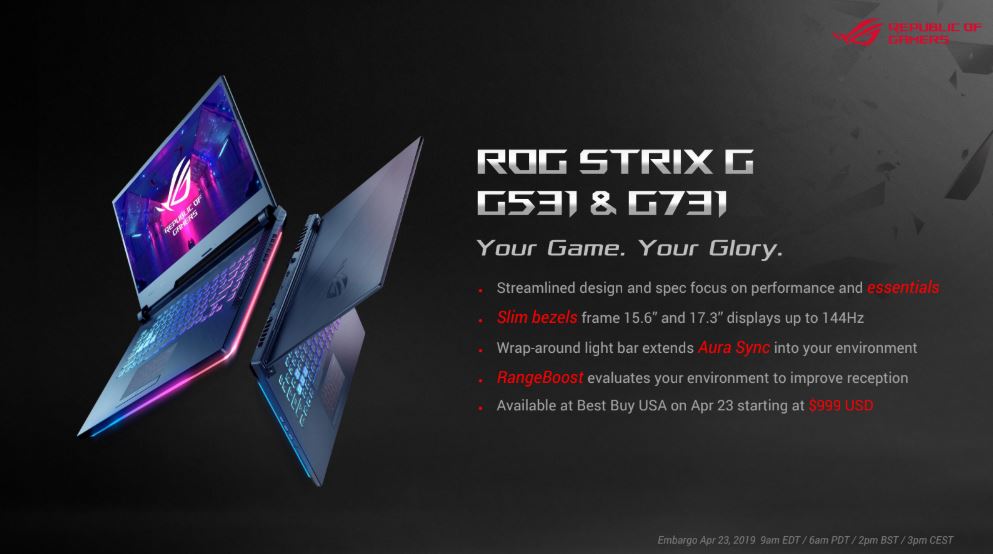 The G-class Strix series is available in 15.6-inch (G531) and 17.3-inch (G731) options. As with the Scar and Hero models, exact specifications for all configurations aren't yet available, but ASUS states that the Strix G options will offer up to 9th Gen i7 processors, RTX-class graphics, 32GB of RAM, and 144Hz displays.

Featuring a lower price for a gaming laptop option (starting at $999), the G-series Strix laptops still sport a premium-looking design (also crafted in collaboration with BMW Designworks Group) with raised and sculpted edges and scissor-door hinges that open with the laptop lid for additional cooling. 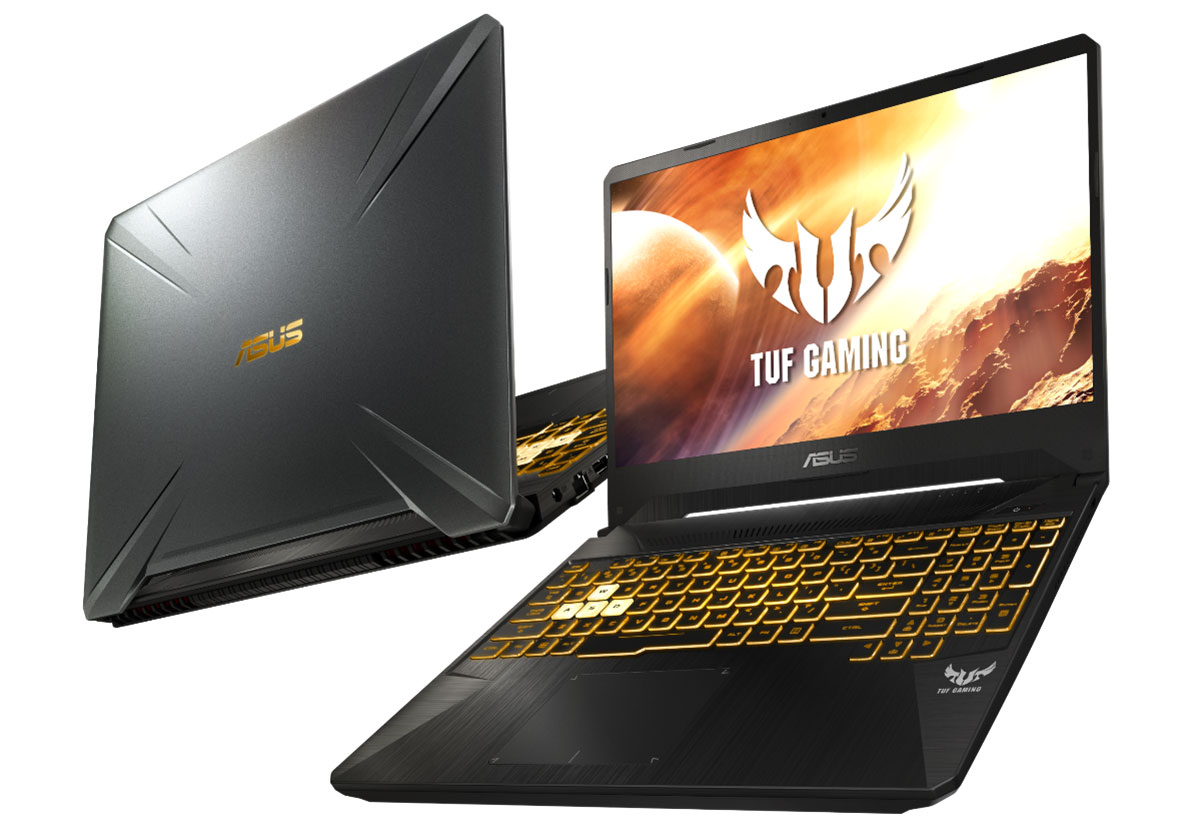 Lower cost models start with GTX 1050 mobile graphics, and 1TB mechanical hard drives, although exact prices have to be announced. 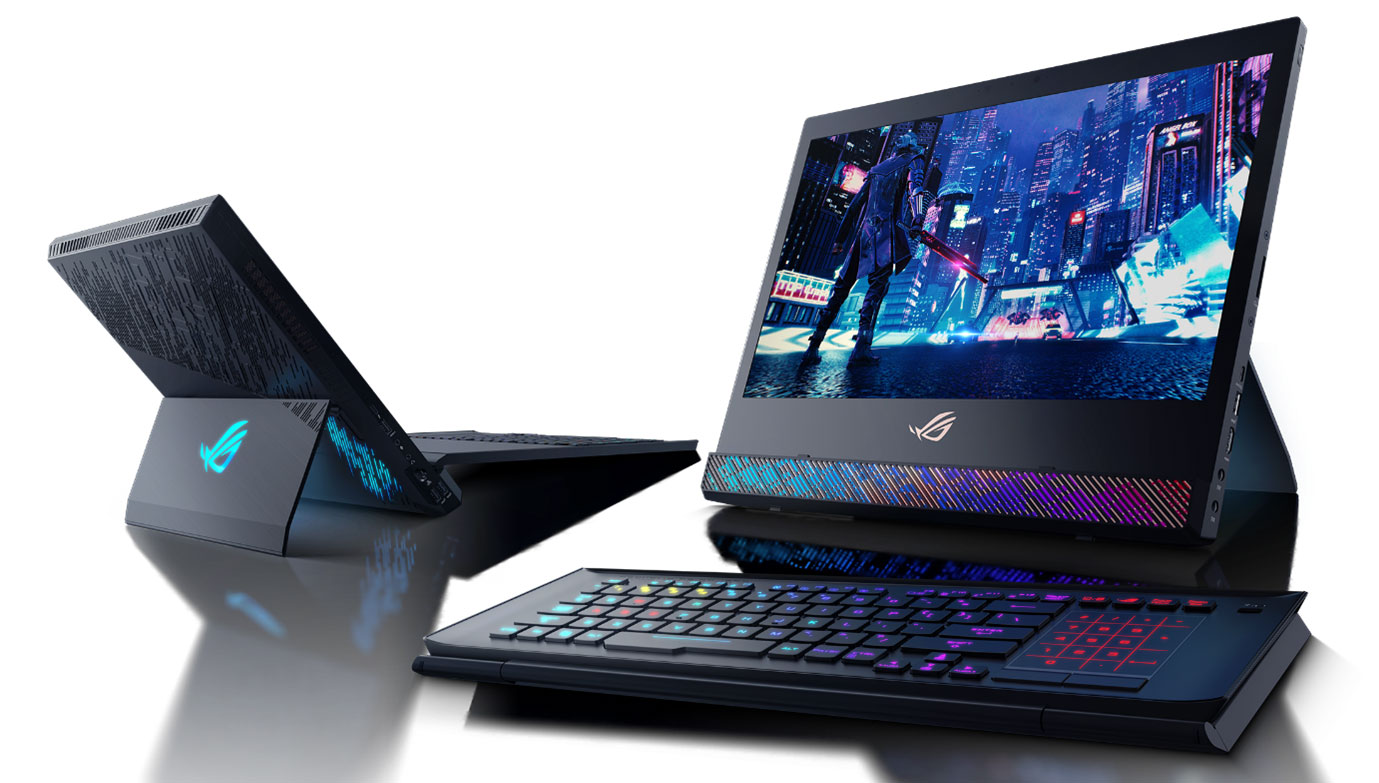 In addition to pure hardware, ASUS is also introducing a new feature across most of its laptop line called ROG Intelligent Cooling. ROG Intelligent Cooling is a combination of hardware and software that can balance performance with battery life and noise based up a user-selectable profile: turbo, balanced, or silent. While similar to cooling and performance presets found elsewhere, including previous ASUS models, the company claims that the optimized hardware of the new laptop designs can make a noticeable difference, especially on the high end. 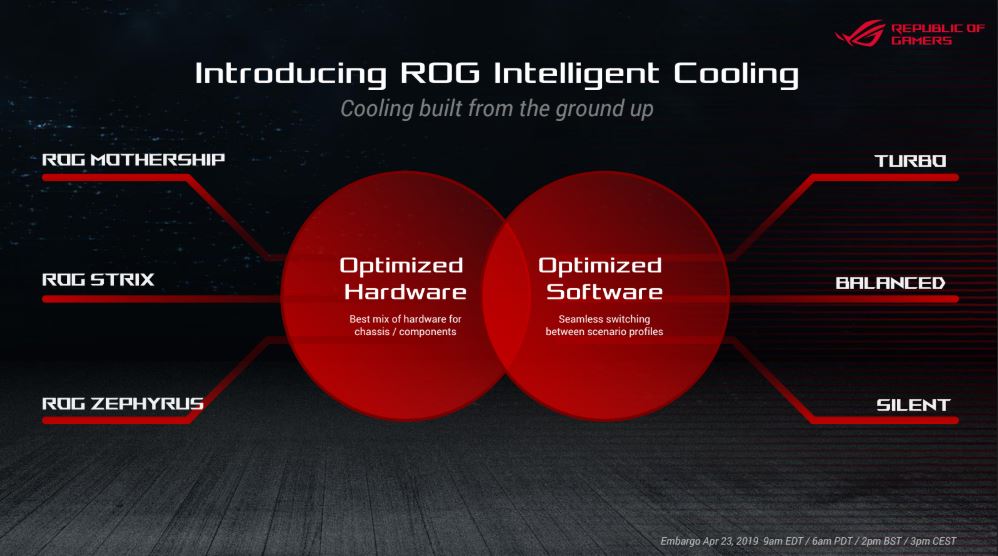 For example, configuring a top-end Zephyrus "S" model from 80 watts to 100 watts via the Turbo mode results in a 12% boost in 3DMark Port Royal, 8% in Assassin's Creed Odyssey, and 7% in both Overwatch and Shadow of the Tomb Raider. Laptop models classified as desktop replacements will offer factory overclocks, while "standard" models can still be pushed beyond stock speeds via Intelligent Cooling's Turbo mode.

While we only got hands-on time with these new ROG laptops in a demo room setting, our initial impressions were very positive. The laptops felt sturdy and premium, and the designs — even those adorned with RGB — had a powerful look that didn't feel garish.

I honestly don't know if that's because ASUS has improved its designs so well over the years or if the ubiquity of RGBs has warped our perceptions, but the result is that these new designs wouldn't feel too out of place at both the coffee shop or the conference room. That couldn't be said of ASUS's forward-oriented keyboard design from last year's Zephyrus, but the achievement of packing a significant amount of power into a "traditional" laptop line sure goes a long way here.

Outside of that, there's a lot to like here, and we're looking forward to getting more real-world hands-on testing time with these new models. 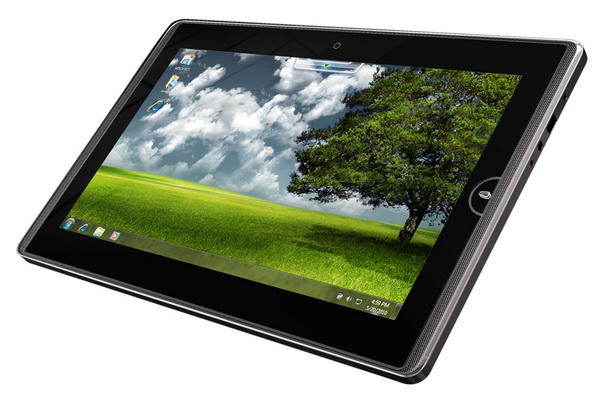 The difference a little SLI can make 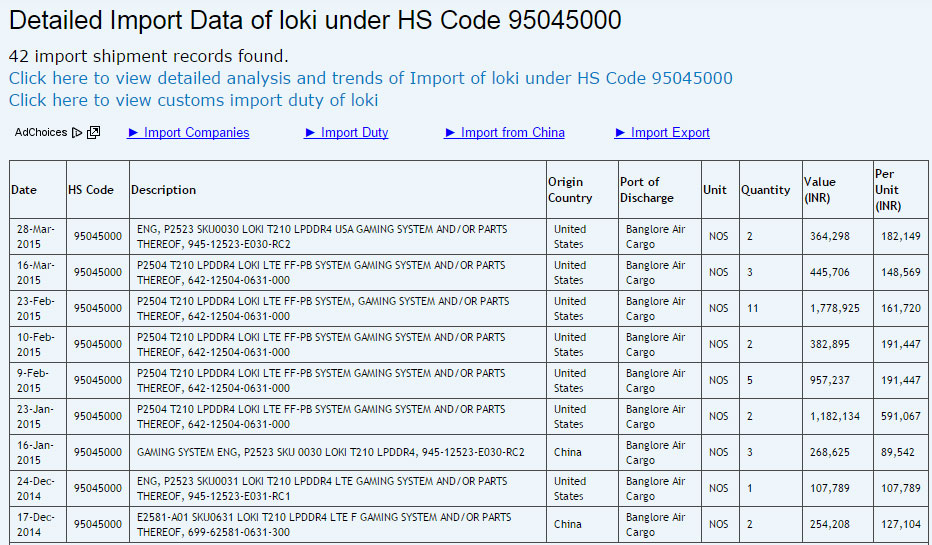