Intel today is officially launching its 9th Generation Core H-series mobile processor lineup, introducing a range of Core i5, i7, and i9 configurations that now top out at up to 8 cores and 16 threads within a 45W TDP for high-end laptops.

As the mobile counterparts to the 9th Gen desktop "Coffee Lake Refresh" parts released last fall, these new 9th Gen mobile parts don't make any major leaps in terms of underlying architecture, but rather aim to reach new performance levels by packing in more cores and threads, upping the frequencies, adding (or improving) support for new technologies such as Optane H10 and Wi-Fi 6, and rolling in the latest hardware mitigations for speculative execution vulnerabilities. There's also support for up to 128GB of DDR4 memory. 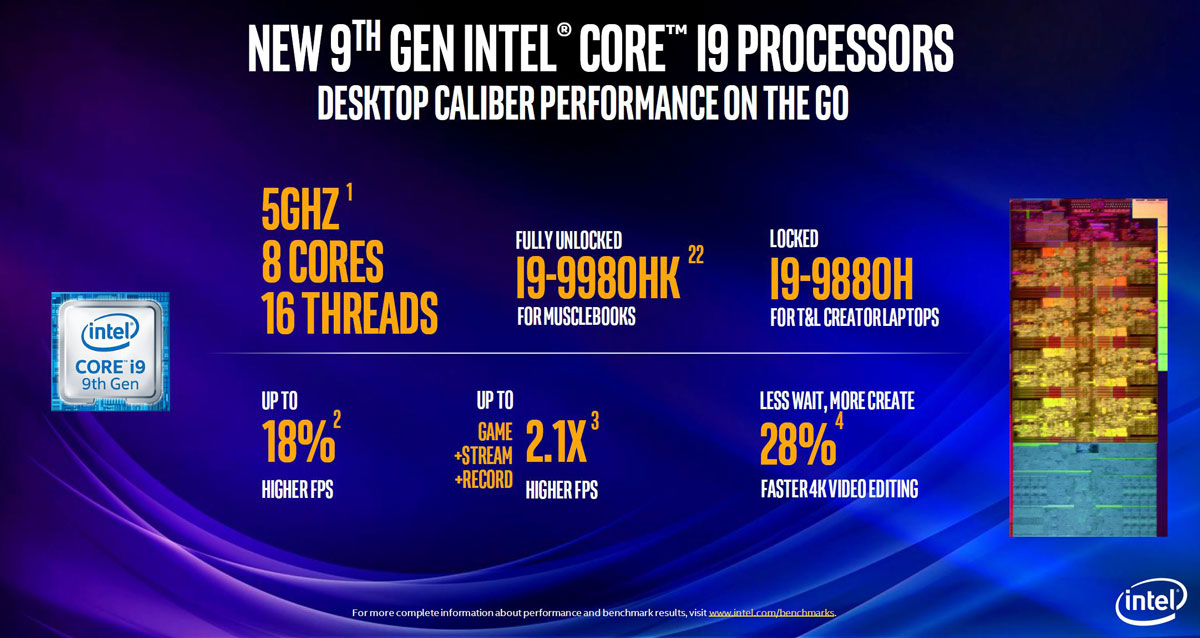 In contrast to some initial rumors, all of the parts announced today also feature multithreading, a departure from Intel's i5 and i7 Coffee Lake Refresh configurations for the desktop. On the graphics side, however, the new lineup continues to feature Intel's UHD 630 iGPU, although Intel's pre-launch marketing materials were eager to point out that the processor maintains up to 16 lanes of PCIe for connection to a discrete graphics option in laptops that offer it.

The complete lineup of the configurations announced today:

Intel is positioning its range of 9th Gen Core mobile processors as a solution for the increasing performance demands of laptop users, specifically targeting the "enthusiast gaming," and "content creation" market segments. For gamers, higher single-threaded frequencies can improve frame rates while native support for Optane H10 helps loading and launch times. On the content creation side, having up to 16 threads can improve media editing workflows and speed up render times. OEMs with desktop-replacement designs can also offer overclocked configurations that, given adequate power and cooling, should reach new performance heights for system powered by a mobile processor (not counting the behemoths that pack a desktop-class part into a laptop chassis). 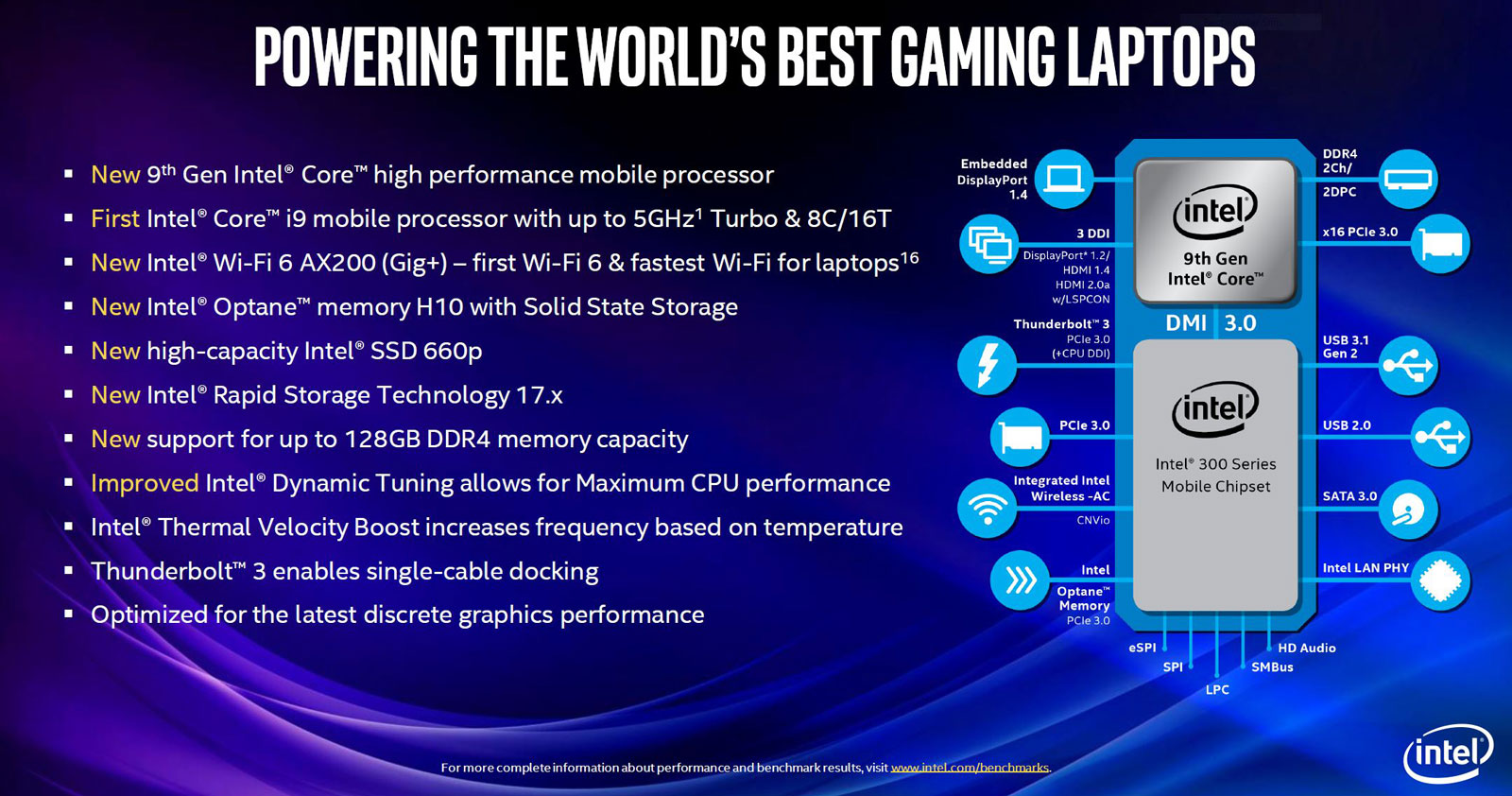 OEMs such as ASUS, MSI, and Acer are announcing their 9th Gen Core mobile-powered systems alongside Intel's announcement today. Availability and pricing will vary.