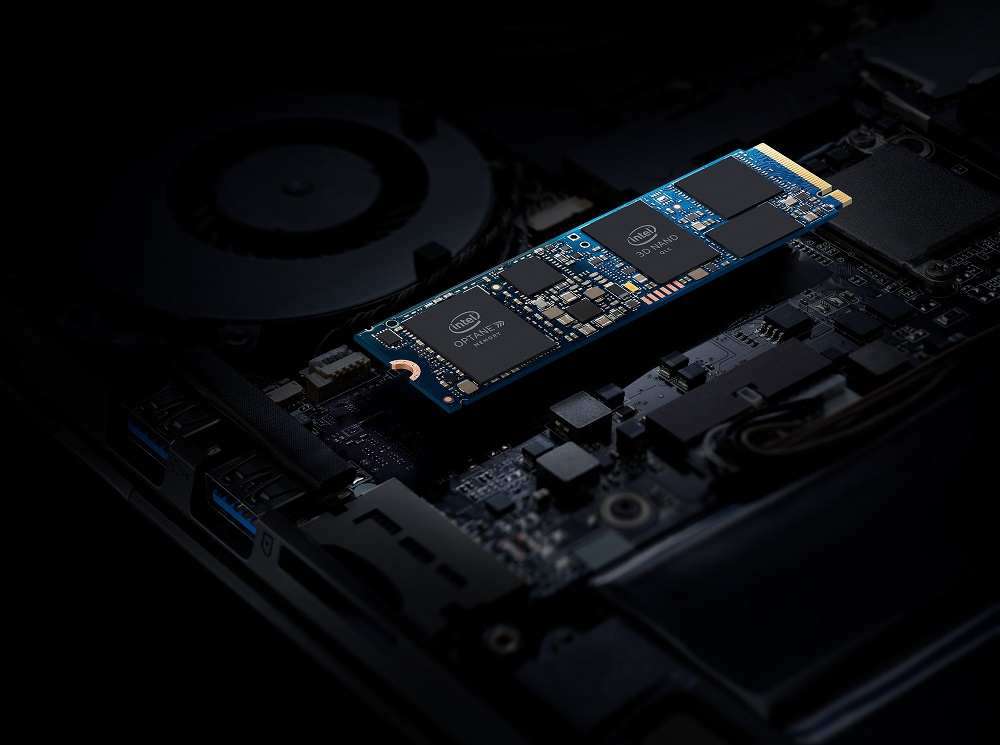 Intel has shared information about Optane memory H10, a new product that combines Optane memory with Intel QLC NAND on the same M.2 device. Not offered as a standalone product (at least not yet), Intel is partnering with OEMs (including Dell, HP, and ASUS) to include this new storage in upcoming consumer devices, with the first systems available at Best Buy in Q2 of this year.

This will not be a desktop option at first, as Intel mentions only "thin and light notebooks and certain space-constrained desktop form factors – such as all-in-one PCs and mini PCs" in their press release. So what makes up this new storage product? Intel provided some key specifications outlined below:

"The combination of high-speed acceleration and large SSD storage capacity on a single drive will benefit everyday computer users, whether they use their systems to create, game or work. Compared to a standalone TLC 3D NAND SSD system, Intel Optane memory H10 with solid-state storage enables both faster access to frequently used applications and files and better responsiveness with background activity." 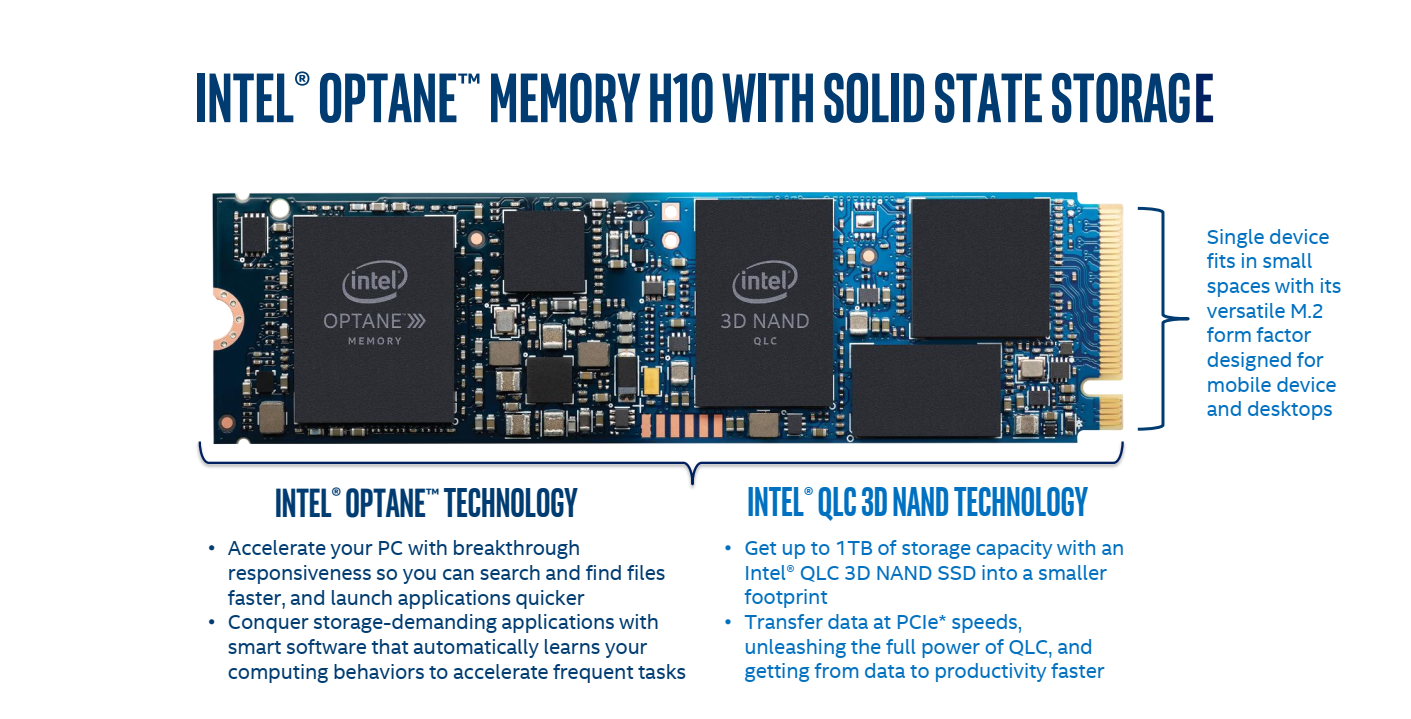 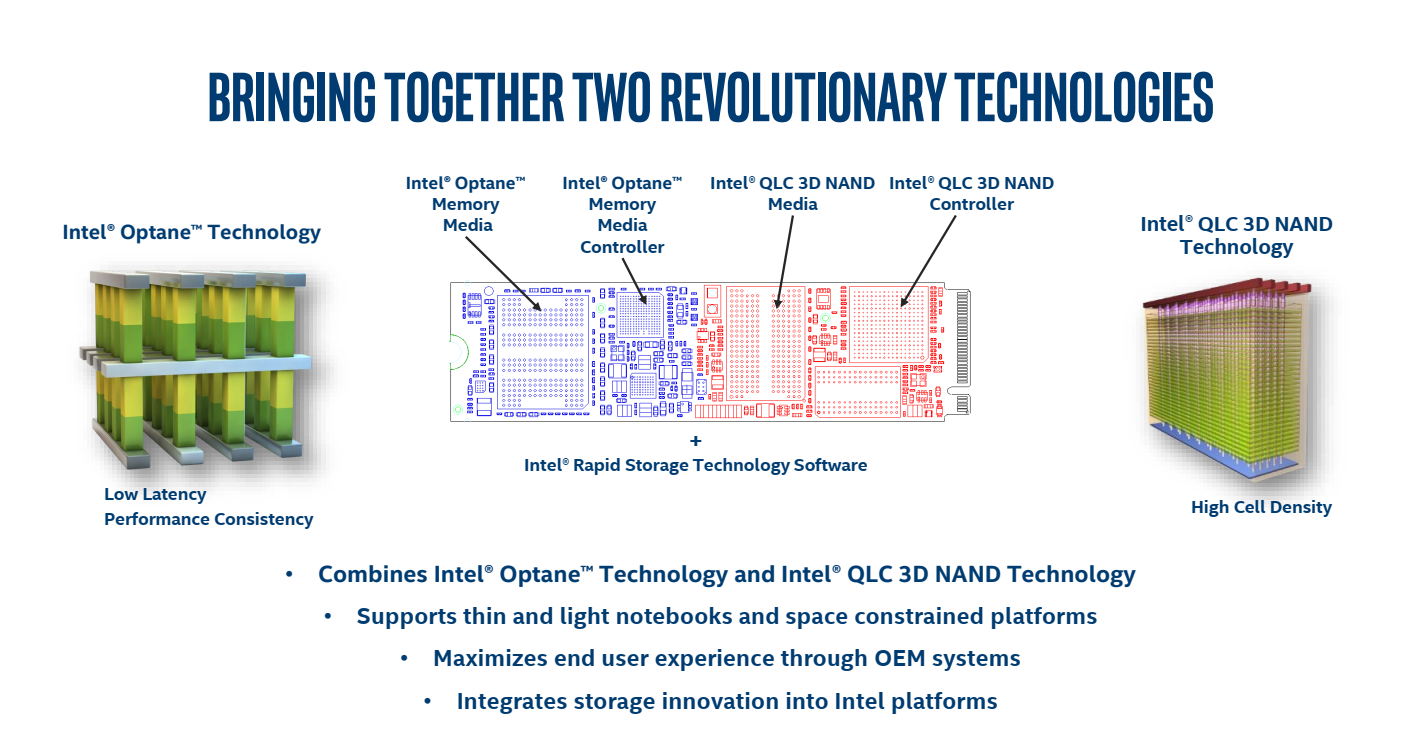 You can read the entire press release from Intel at the source link. 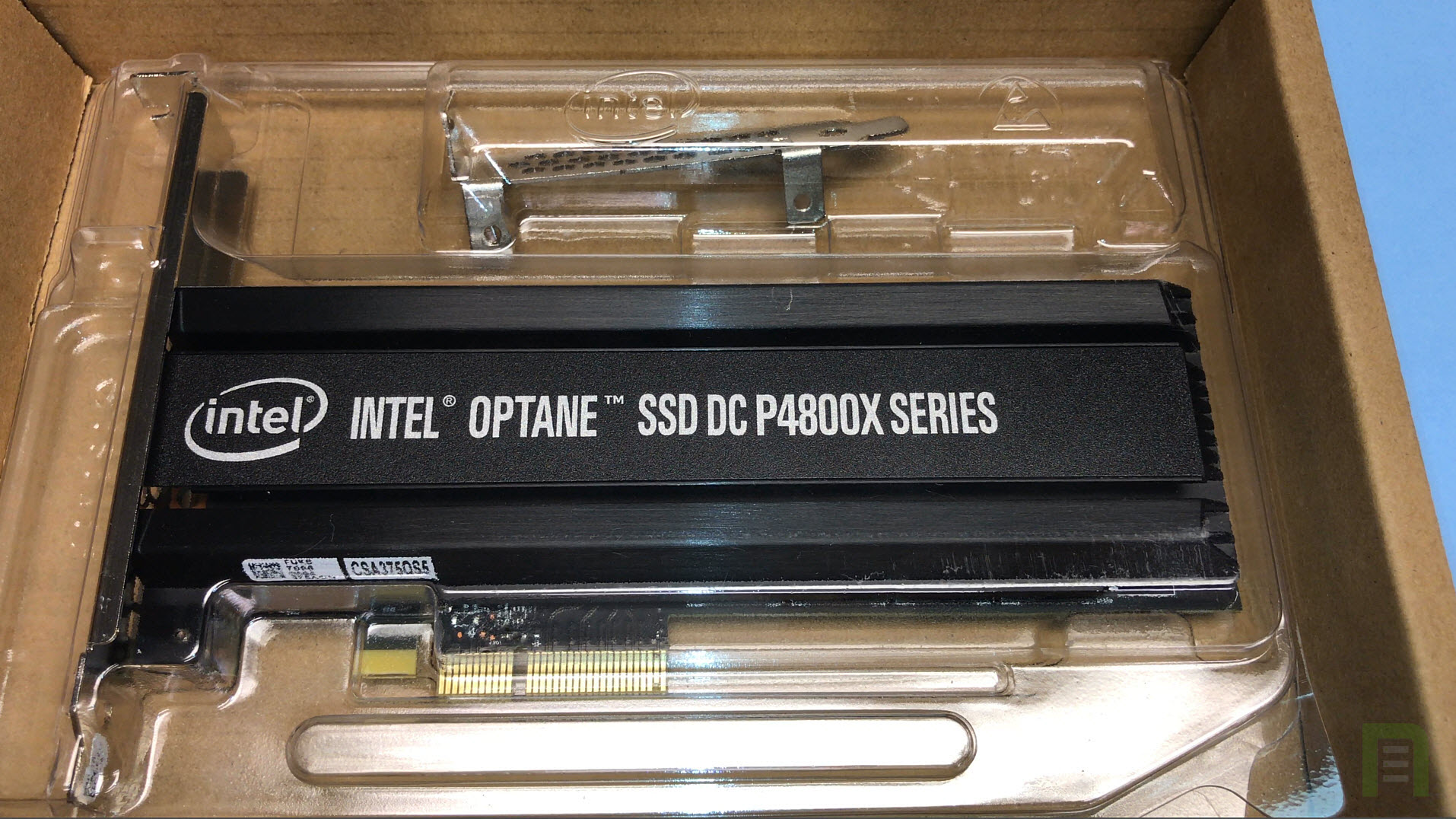 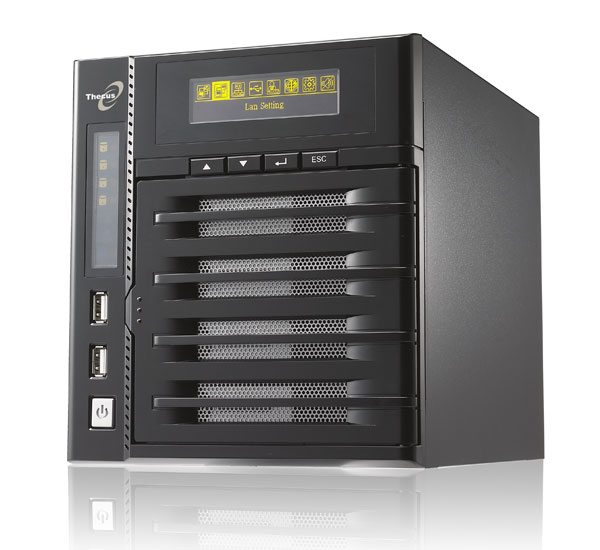