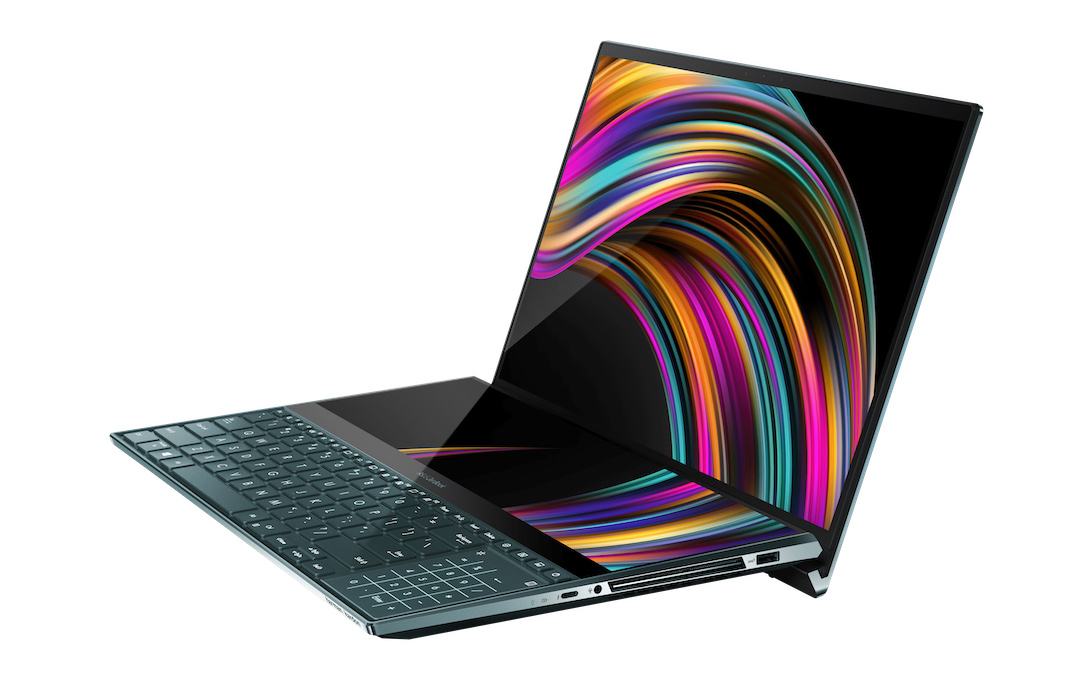 ASUS has just announced the ZenBook Pro Duo UX581 professional laptop with ScreenPad Plus. It is marketed as a creative tool, with the previously mentioned ScreenPad Plus and even a bundled stylus. This can be used as a 14-inch, 4K second screen in Windows, or it can display some touch utilities. Its primary screen is also noteworthy: a 15.6-inch 4K OLED HDR panel with 100% DCI-P3 and a 100,000:1 contrast ratio. 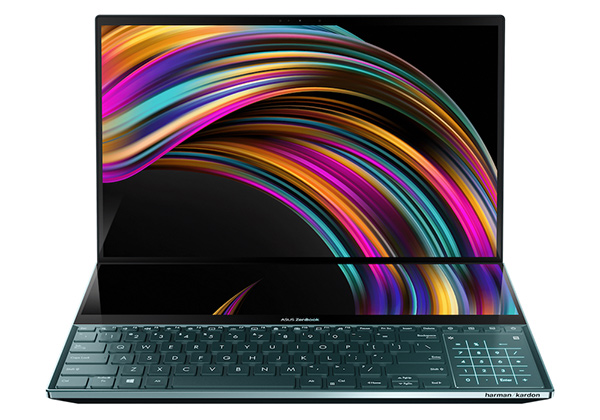 The device is based around 9th Generation Intel Core processors all the way up to an eight-core i9. It supports up to 32GB of RAM and an NVIDIA GeForce RTX 2060. The RTX GPU could be useful for the creative apps that support raytracing, such as Unreal Engine, Pixar Renderman, Adobe Dimension, Substance Designer, and so forth. It also supports up to 1TB of PCIe 3.0 x4 SSD storage and a Thunderbolt 3 over USB Type-C port.

If this laptop seems a little big or high-end for your needs, then ASUS is also promoting their 14-inch ZenBook Duo (UX481). It retains the ScreenPad Plus but downgrades to a Core i7 with a GeForce MX 250 GPU. It does not have the bundled stylus, though.