Intel has just released 26.20.100.6861 graphics drivers for their Ninth Generation iGPUs as well as their handful of AMD Radeon-based iGPUs. These drivers claim to provide optimizations for A Plague Tale: Innocence, Total War: Three Kingdoms, Conan Unconquered, Totally Accurate Battle Simulator, and Risk of Rain 2. Conservative Morphological Anti-Aliasing (CMAA) has been improved, both in performance and image quality, in DX12.

The drivers also add several new APIs. OpenGL has been bumped to 4.6, released in 2017, which adds an extension to use Vulkan’s SPIR-V shaders in OpenGL. DirectML had a few additions. Finally, in terms of API additions, Vulkan has been given four new extensions: VK_EXT_depth_clip_enable, VK_EXT_host_query_reset, VK_EXT_scalar_block_layout, and VK_KHR_shader_float16_int8.

At some point, Intel will probably need to define a smaller version code for public consumption. We are in the realm of “IP address” number of digits to think about. It didn’t really matter in the past but, now that they’re preparing to push into the gamer market, they are going to want to streamline the driver update process as much as possible… including silly things like patterns in version names. NVIDIA skirts around this issue by taking the last five digits of the driver file version and shifting the decimal place twice to the right. Even though we will probably install them anyway, it signals to users when major features are added (because the left three digits jump up a bit).

Going heavy on the memory, again 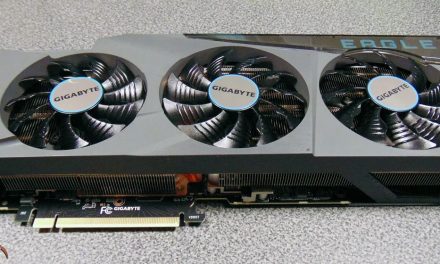